New Caledonia has continued its dominance at the Pacific Games squash tournament, determined to win the remaining gold medals in the competition.

In the first week of the games, both the men and women’s squash teams from New Caledonia claimed gold in their respective categories.

Speaking to the Samoa Observer, New Caledonia Chef de Mission, Alexis Daveluy said he was proud of his team’s efforts in winning gold so far.

“I am very happy with the results so far, in terms of country in the lead of winning medals.

“It is because our teams have been training for four years, after what happened in the 2015 Pacific Games held in Papua New Guinea, where we did not win all the medals and came second overall.

“Our team came together - trained very hard to be here in Samoa - and came back very strong,” he added.

He also said that their team’s main objective is to win as many gold medals as they can hence them being at the top of the medal tally for the first week.

“But we still have one more week to go so we cannot lose focus yet,” he said.

“Physical training was our main focus for the last four years because technically everyone knew how to play but it was all about the physicality that we had to work on. 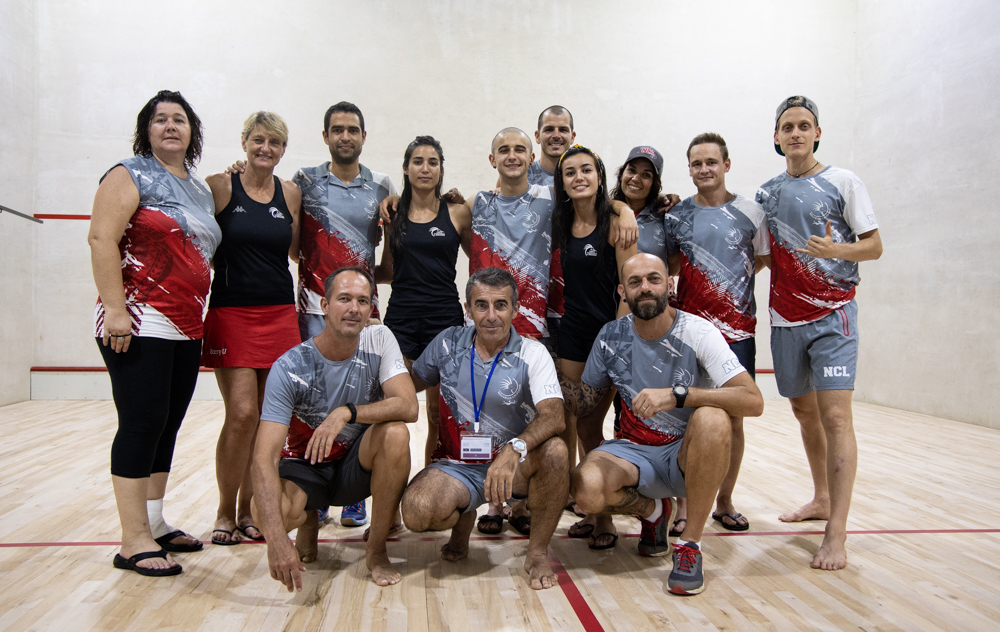 “In terms of the last week of the games I am very confident in my teams approaching other categories like the men and women’s doubles.

“We dominated both men and women’s teams last week but we can’t let the pressure go away,” he added.

Collenot said that they cannot lose focus and especially let any medals slip out of their hands.

When asked if their teams faced any challenges during their games, he said their men’s teams easily made it to the finals.

“Our difficulty was encountered by the women – they had a very hard match against Samoa in the finals - it could have been contested and tight matches but all our girls played really well and we were lucky to get away with gold.

“Another important factor is our team spirit – we all share a positive feeling because it is a team effort and it helps boost the team’s morale to playing their best.”