Second place stunner on day one of the laser standard races

Eroni Leilua came in second place in all three of his races on Monday. (Photo: Sapeer Mayron)
Sailing

The first day of men’s Laser Standard races wrapped up nicely after the second fleet set sail around 1pm, and Samoa’s own Eroni Leilua maintained a cool second place all afternoon.

The 26-year-old from Vaivase-uta has been in New Zealand training hard for the Pacific Games and is on a pathway to qualify for the Tokyo Olympics in 2020.

Across his three races of the day, Leilua kept up with New Caledonia’s Maxime Mazard, and stayed well abreast of Teariki Numa from Papua New Guinea. 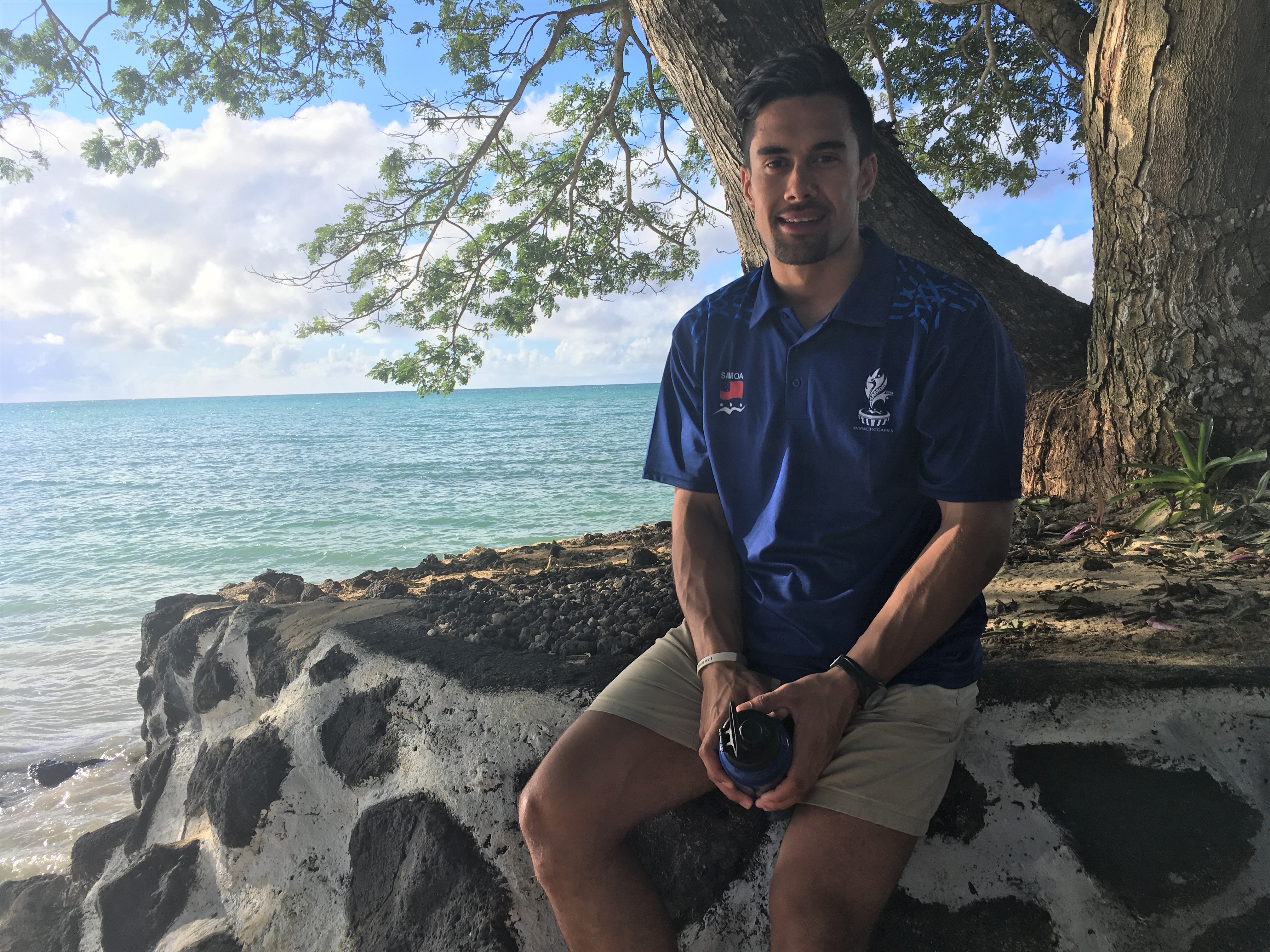 His performance has him in the running at fourth place overall between the two nine boat fleets, but it was a day of learning.

“The first race was a lot windier than the second two,” Leilua said.

“I was holding my own, then the second race died off a little bit and I started to lose a little bit of speed.

“So I had to manage that, change some settings, and in the third race it died off completely so I had to change my whole set up. But it went all right.”

As he is slightly heavier than the other sailors, the lighter winds are challenging conditions, Leilua said, hoping the strong winds Monday brought will stick around for the week.

The regatta was mixed between experienced and inexperienced sailors, which became clear at the beginning of the races, he added. He said with the Olympic grade sails and the big Laser Standard that some of the younger, smaller newcomers are not put off.

Everyone starts at the back, he said.

“A few sailors look a bit young to be in the boat we’re in, but I guess that comes with it,” he said.

“If they want to compete and that is the only class available to do so, then yeah.”

The sailors from New Caledonia, Etienne Le Pen and Maxime Mazard were sailing in Japan last week, vying for their chance to represent France at the Tokyo Olympics.

Official results from the qualifier are not available but Leilua said the pair finished in the top half of over 150 sailors.

“To compete against that calibre is a good eye opener,” he said.

Next year he intends to travel to Melbourne for the Oceania qualifying event, which is his last opportunity to try out for the Olympics.

“I will give it all I have got and hopefully come away with some success. It will be a big fleet and it will be very competitive,” he said.

Team Samoa Coach Vincent Peter has not been training Leilua for his Pacific Games preparation but said he has proven himself to be as good as the best.

“He has put in the hours; he has been practicing in New Zealand and attending all the training and regattas so we can see he is as good as other,” said Peter.

“We are hoping the consistency will pay off, and we are finishing the day with a second position for Eroni. That is good.”

By the third day of racing, Peter hopes to see Leilua peel away from his top contender, Australia’s Will Sargent who finished second in his three races in the morning fleet.

Also sailing for Samoa on a Laser Standard is Nicky Touli, who after a tough day is sitting at number 12 out of 15. He is awaiting results of a protest on his disqualification in the second race and his standing may change by the morning.

It is his first race since the 2013 Mini Games in Wallis and Futuna where he came fifth.