Team Samoa’s Hobie Catamaran pairs had a tough day on the ocean, in their first ever races against more than one other boat.

The pairs, Isaia Seumantafa and Ben Hansell and Vitolio Iamafana and Trilin Hogarth faced off against professional sailors in their inaugural race and were suitably overwhelmed by the experience.

Seumantafa and Hansell came seventh in each of their races while Iamafana and Hogarth kept behind them at eight, ahead only of the Solomon Islands team who struggled through the day.

Some sailors from Fiji and Tahiti were in their quarters while the more experienced contenders New Caledonia, Australia and Fiji raced to the front. 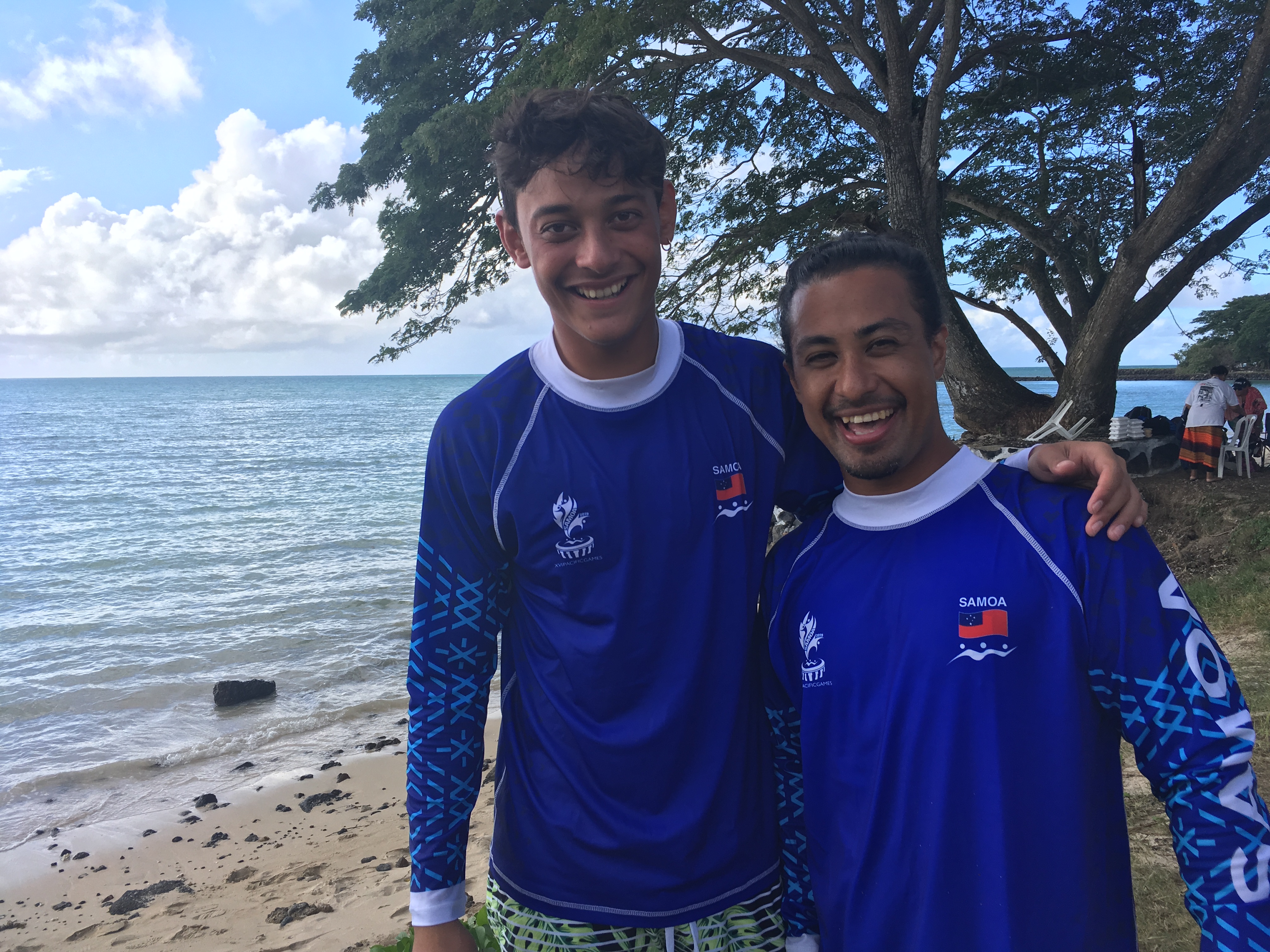 “It is what it is, and it is a pretty good eye opener,” said Hansell.

“Our first race happened to be a big one, the Pacific Games, but we are holding up, we’re hanging in there.”

He said they are learning a lot from the Fijian team and hope to race against them more in the future so they can both develop. But racing against New Caledonia and Australia has shown them the potential that is out there.

“The other countries are fast, they have really good technique,” he said.

“We were able to keep up in the beginning and at certain points but once it was a long leg they just pull away, because they have technique and speed.”

Seumanatafa said the performances he’s seen has been inspiring.

“There is always space to improve – we watch them, and we see oh, that’s where the standard is. We are trying to push each other to get up there,” he said. 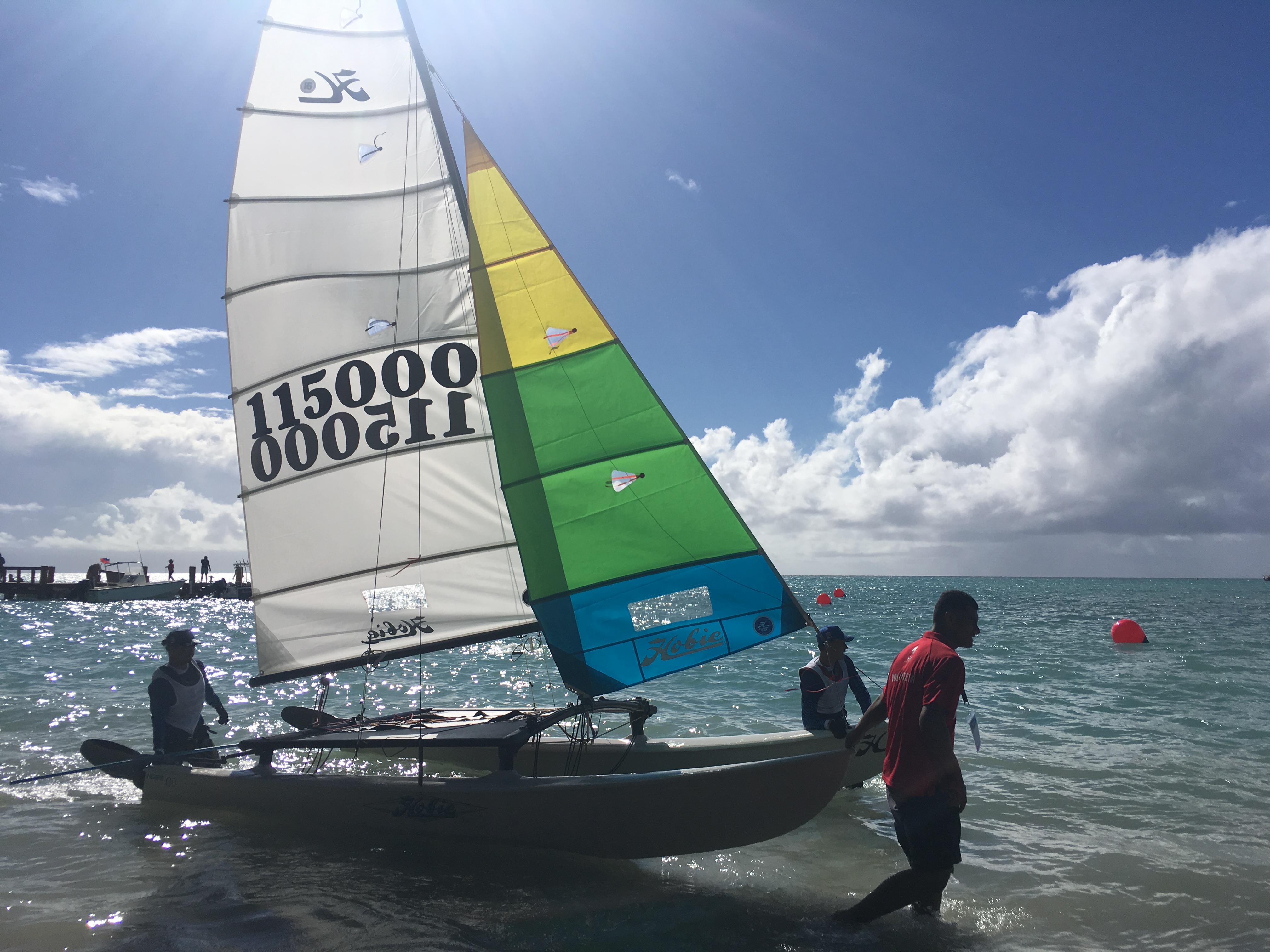 Both pairs struggled against the markedly heavier winds than the last two months of training, which is where the other competitors flourished, Coach Vincent Peter said.

“I am pleased that they were able to go around and finish, and they are not the very back of the fleet, they were quite close,” he said.

“It is going to be a learning regatta for the Hobie’s and I hope this is a stepping stone for them to sail other Hobie regattas. 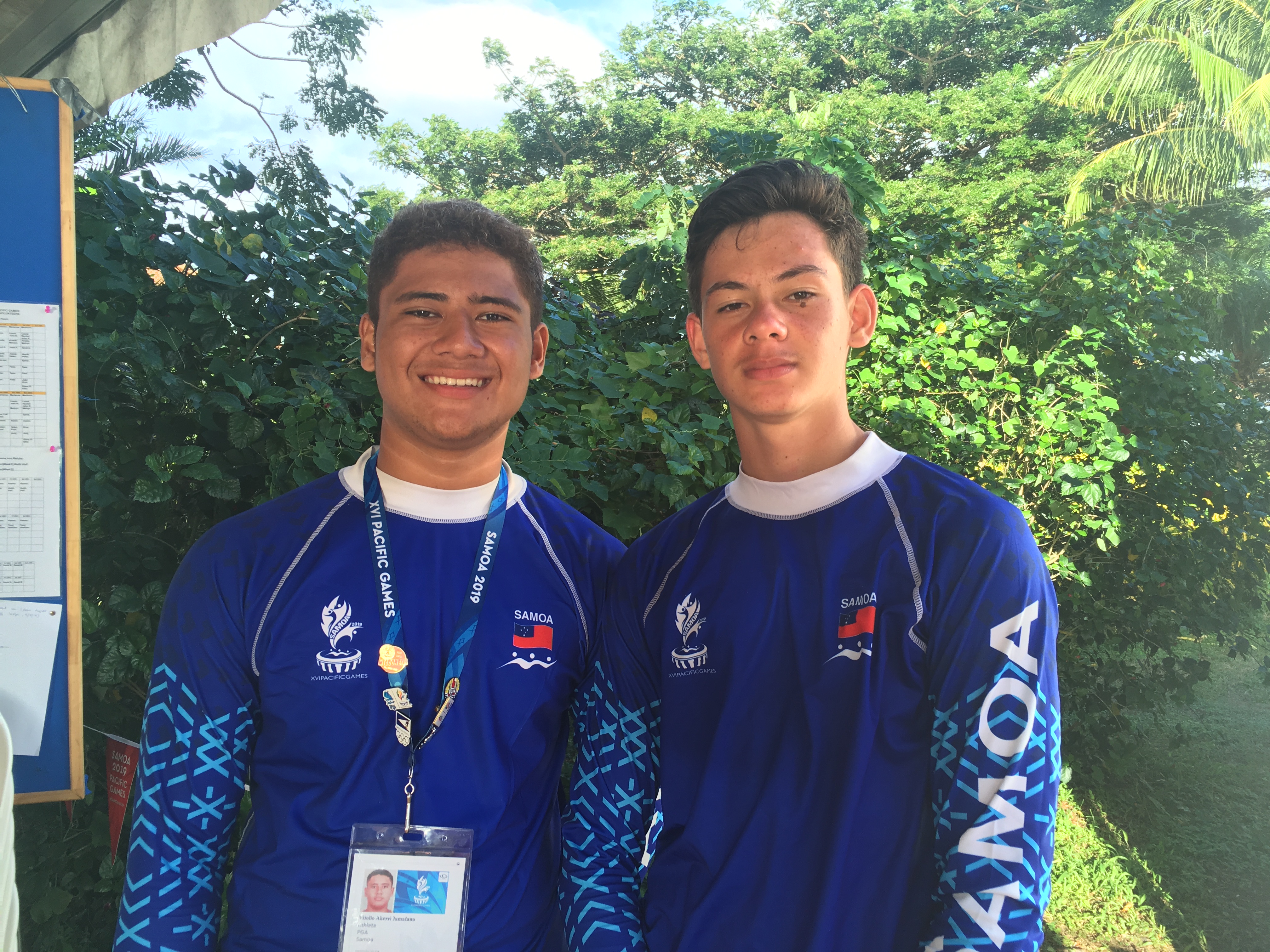 Iamafana and Hogarth said the experience has been fun so far.

“Everyone had a different strategy and it was quite fun looking at other people going here and thre, and all meeting back up at the mark at the same time. It was quite spectacular,” said Iamafana.

“We are going to do our best to be consistent and try and beat at least one boat from each team to move up.”

Hogarth, who is still in high school said it felt great to have his family out to support him.

“Having that feeling inside you, knowing everyone is helping, it’s nice,” he said. 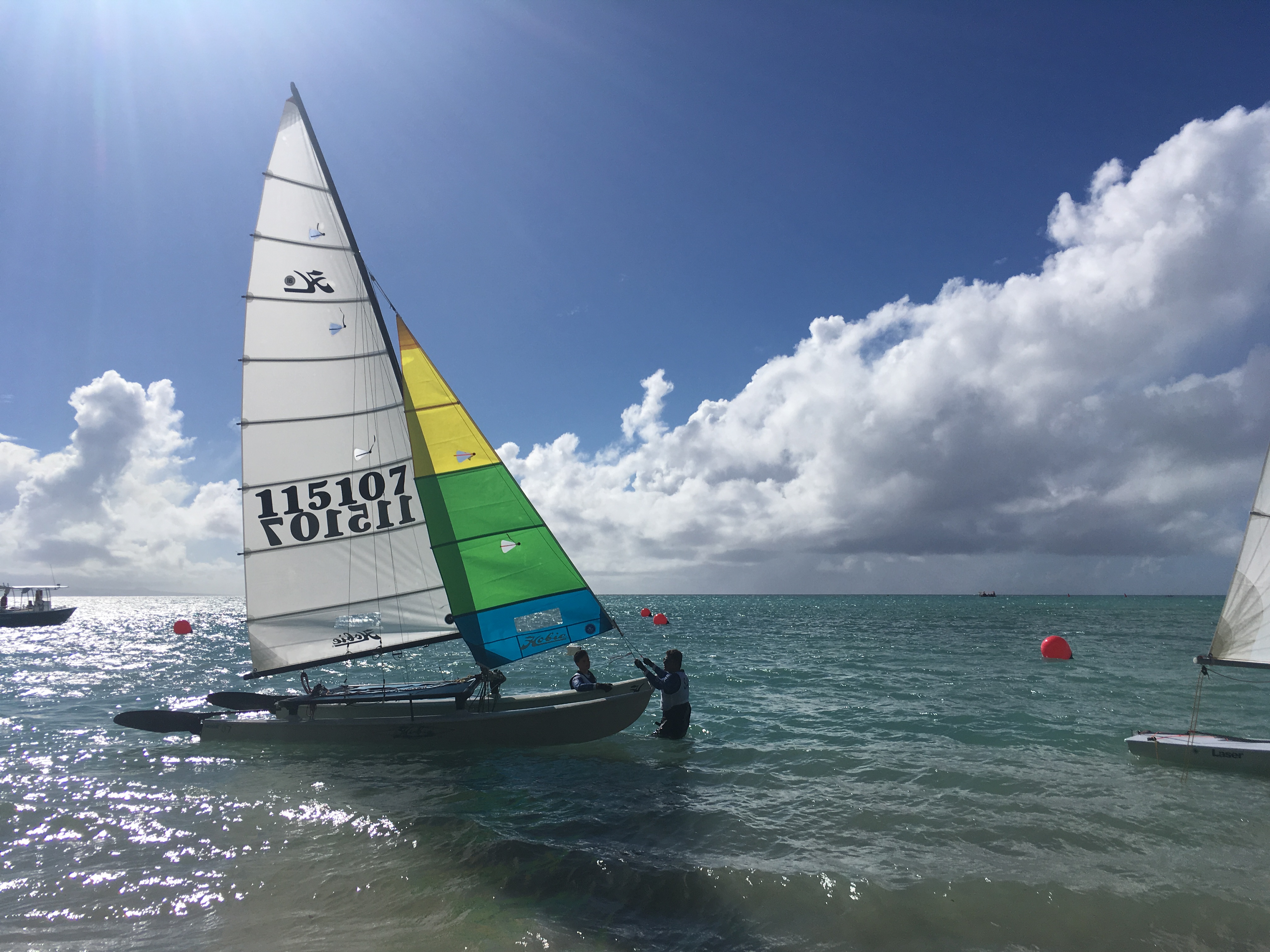