The Palau delegation during the signing ceremony for winning the bid to host the Pacific Mini Games in 2025 (Photo: Misiona Simo )

Palau Islands has beaten off competition from American Samoa to secure the hosting rights of the 2025 Mini Games.

“Due to time constraints, we have not done any valuation of American Samoa, but we did visit Palau and there is a comprehensive report presented on Palau.

“They are ready and they could do the games this year if required and their government is ready. In terms of American Samoa, their bid was not in compliance and we decided not go to American Samoa until they were in compliant.”

He said by June this year they met with Lt Governor Lemanu Peleti Mauga, who gave the assurance that the Government will underwrite the funding required and when it came too close to the 2019 Pacific Games, they opted not to go to American Samoa. 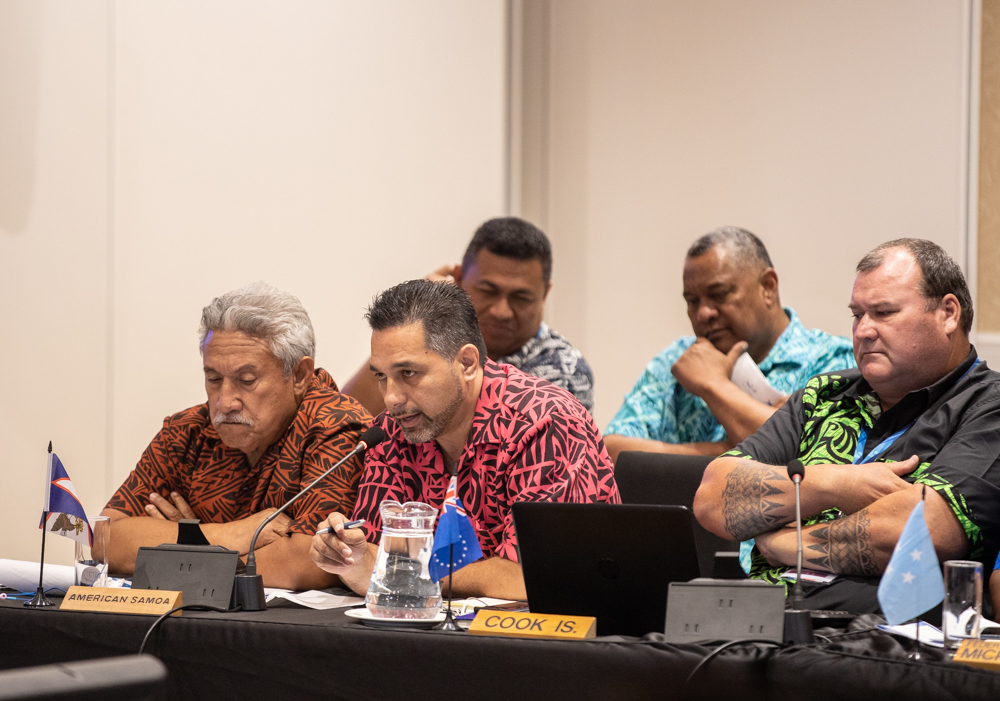 “And that is why we don’t have any valuation report on American Samoa. The Executive Board met last week and yesterday (Saturday) and we reviewed the bid for American Samoa and we are of the view that it is still not in compliance in some areas,” said Lakhan.

There was a meeting in Palau in April last year and it was there the Government provided the financial underwriting needed to fund the games.

“We went to Palau with no concerns over that aspect of the bid,” said Minogue. At that meeting, we met with the sport organisations, Senate and House of Representatives.” 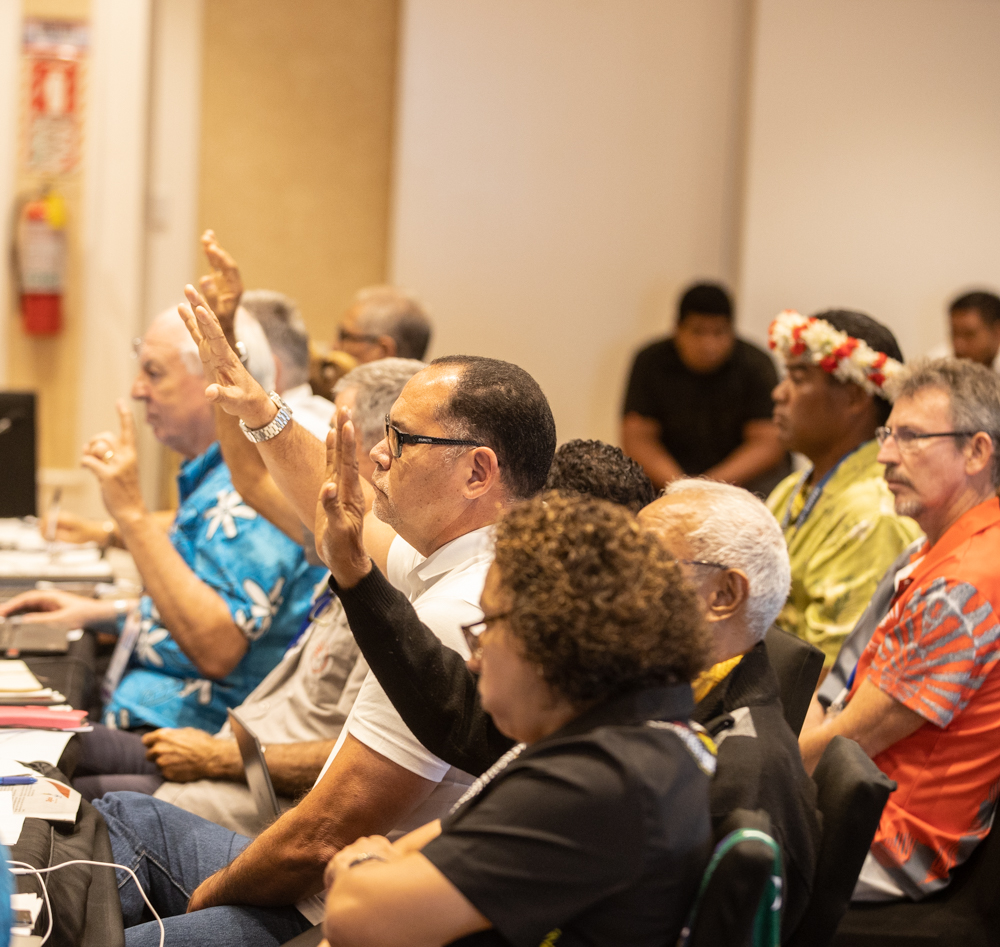 “We looked at the schools, the accommodation for the athletes, the transport and how the games will actually work operationally as the President said, the bid is fully compliant with the charter and the executive board through our valuation has recommending to you that Palau is capable of hosting the mini games.”

In relation to American Samoa’s bid, Minogue said the bid did not include a financial guarantee from the highest level of government.

“And it was a letter of support from the sports administrator but from the head of state or head of government, that was lacking.”

He said after the visit to Palau in April this year they kept the line of communication open for American Samoa.

There was a meeting held at the Tanoa in June with this year with the Am. Samoa Lt Governor Lemanu Peleti Mauga and his team, and they were informed of what needed to be done for the Pacific Games Charter compliance, such as the government guaranteeing to underwrite costs and staging of the games.

Another issue pointed out by Minogue is the sport of fencing, which is not under the Mini Games Charter and the per diems exceeded the guidance that was given in the invitation to the bid.

He said in June this year there was a letter from the Lt Governor assuring of the financial guarantee to fund the staging of the games, however there was no assurance that a host agreement would be signed.

“This is to make sure there is nothing in there that’s not in compliance with their countries laws, that’s the process that we go through with any bid as in Palau’s case,” explained Minogue.

There were efforts by Lemanu and Vice President of the American Samoa National Olympic Committee, Ethan Lake during the conference yesterday assuring that they can make the necessary amendments to the bid.

They also admitted they were trying to familiarize themselves with the processes of bidding for the Pacific Games.

But the President made it clear they were given amicable time to make the amendments, but they left it a little too late.

“These things should have been sorted out much earlier,” said Lahkan.

A total of 15 (out of 21) members voted in support of the Executive Committee's recommendation to award 2025 Mini Games to Palau.