Badminton players and volunteers "break it down" after long week

Dancing to celebrate the end of a large community event is not considered strange in the Pacific Islands.

And that is exactly what happened last week at the Multi Sports Center at Faleata, when one week of competition in badminton was brought to an end after seven countries and territories competed for top honours.

Samoa's young volunteers, whom the athletes said did a fantastic job last week to ensure the competition ran smoothly, took the lead in providing the entertainment. 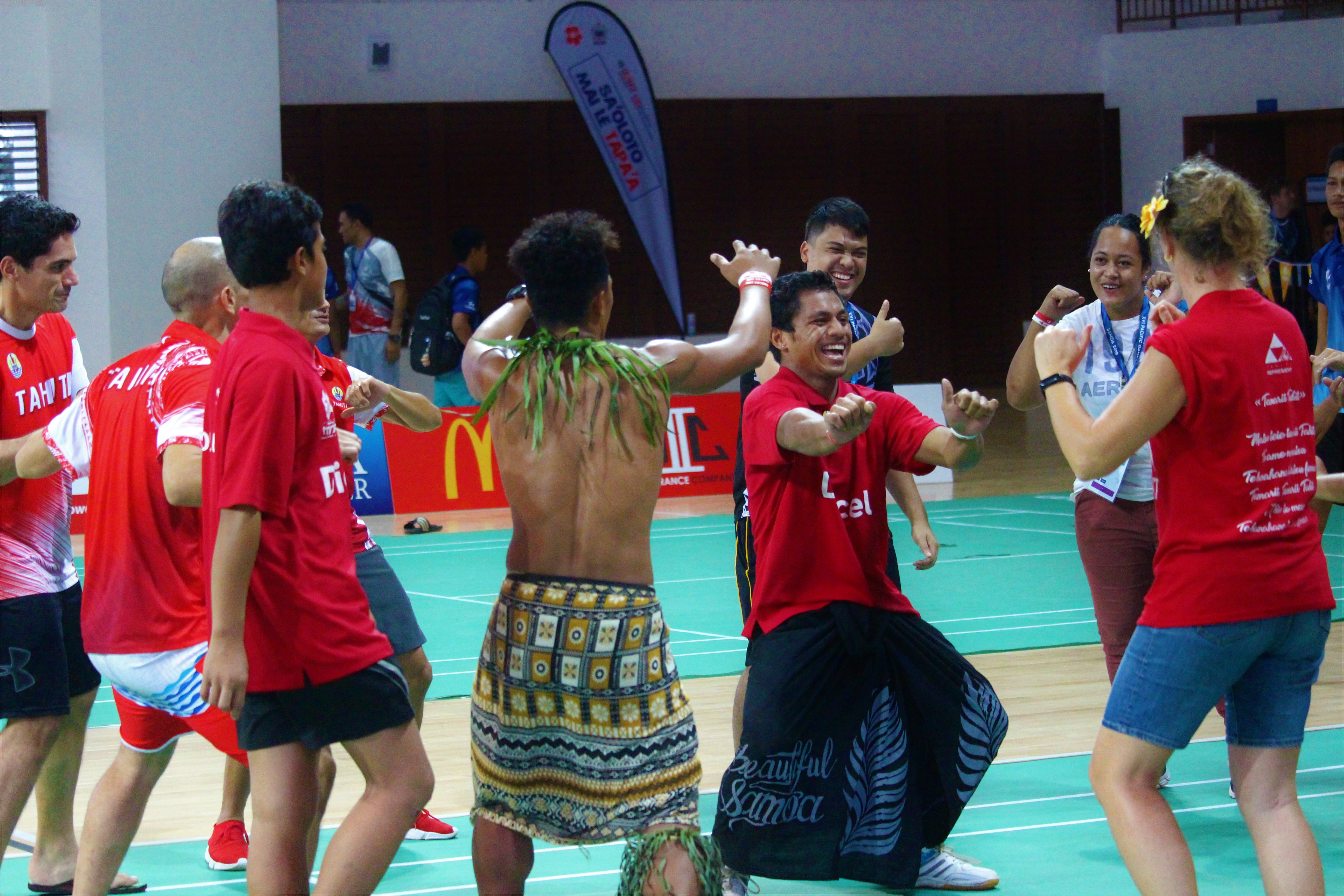 The volunteers turned the court into a dance floor with popular dance music playing in the background, compelling athletes from Tahiti, New Caledonia and the Northern Mariana Islands, to take the dance floor and join the hip-swaying Samoans.

Northern Mariana Island's badminton players Daniel Lingcaso and Jordan Panglicinan, were excited and continued to thank the volunteers, especially the children for their work in making the 2019 Pacific Games a success. 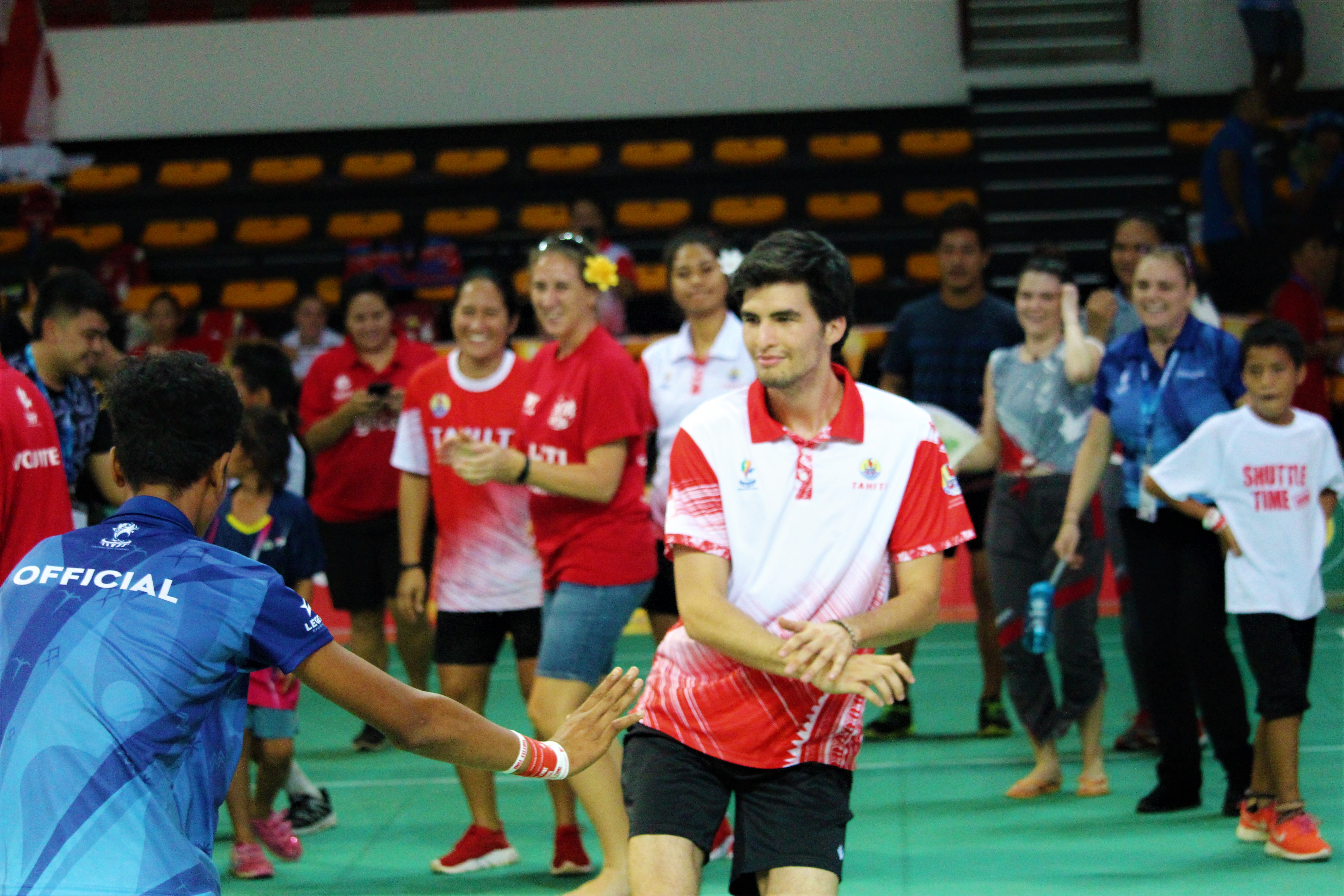 Lingcaso took photos with the children volunteers and said he was amazed with their hospitality.

"The volunteers really did a good job over everything as it was all well organised and they have really helped us a lot," he said.

His compatriot Panglicinan was also touched by the hospitality of the children and said it was an amazing experience for him and his colleagues.

"It has really been a very nice and very memorable experience with the children, and apart from the Games we were really enjoying it – having to take pictures with all the other athletes from other countries so it was very amazing." 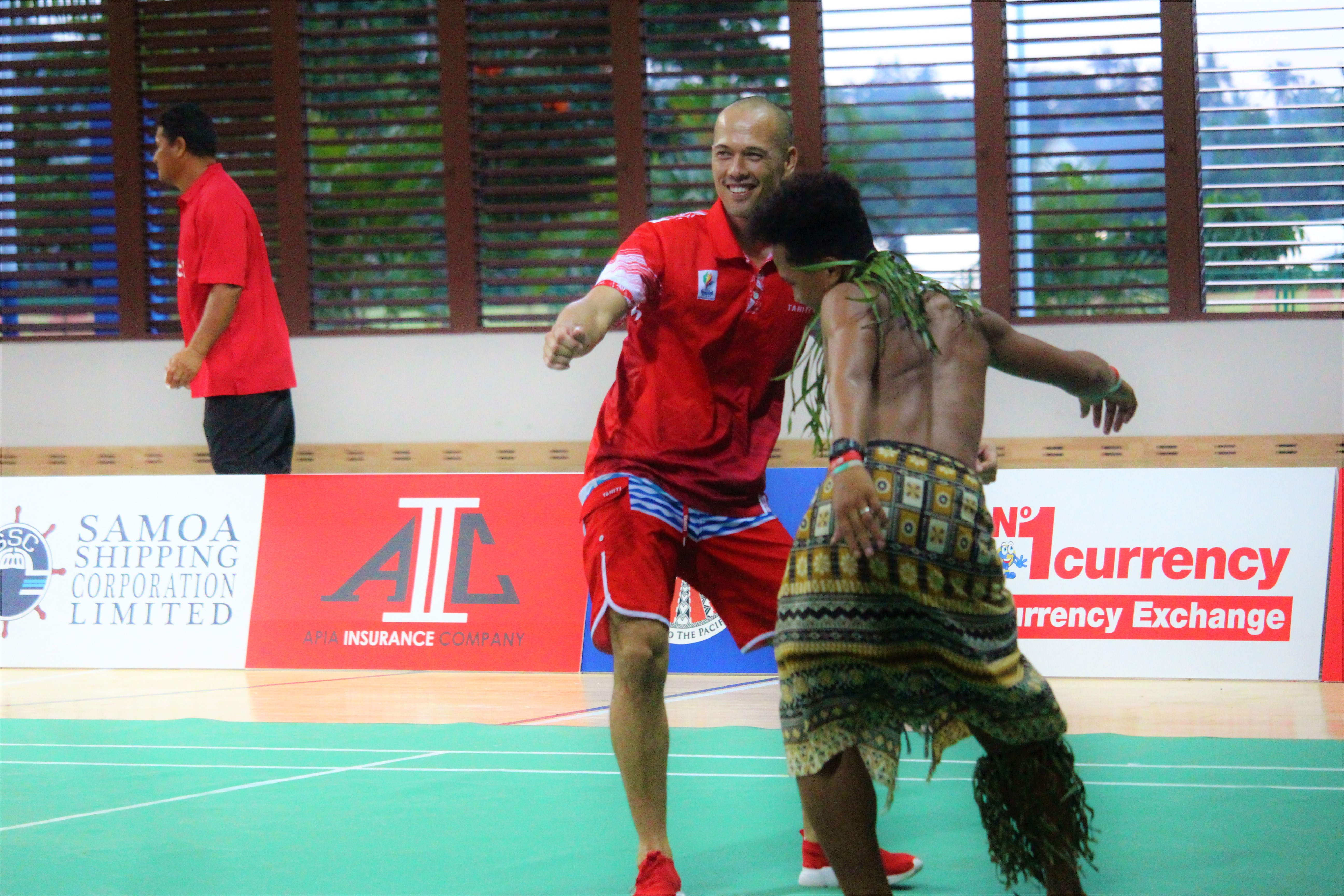