Samoa sails in when seventh after gruelling 24km marathon

Samoa’s six female paddlers have scored seventh place out of nine in the 24-kilometre va’a marathon, of three laps of the eight-kilometre loop.

Tahiti, New Caledonia and Fiji medalled in the race, with Tahiti doing the race in an hour and 59 minutes, to Samoa’s two hours and 19 minutes.

Teammate Moana Schreckenberg said while the start of the race was chaotic, with va’a bumping up against each other, which put the team at the back of the race.

But the team quickly found their rhythm and caught up to Wallis and Futuna and Guam.

“Palau were in front of us the whole time, and we tried to catch up but everyone just maintained their positions,” Schreckenberg said.

“The first lap wasn’t as windy, but halfway during the second lap it started to pick up, especially going upwind, that is when it started to get harder.”

She said they stuck to their plan and helped each other get what they needed over the hours on the water.

Their training and fitness since last year prepared them well, but the team fell back on the new waters of Mulifanua.

“Our team is quite novice in terms of paddling together, we are from different Samoan clubs and Anne is from New Zealand, so maybe we didn’t have enough time to train long distance together,” Schreckenberg said.

But the team are good friends, and supported each other throughout the long hours. The paddler said the friendships are the best part of the sport.

“I can tell from this Pacific Games, the fire has ignited in us. Our team, half of us are mums, we are all working women and it is hard to come down to training but I can already see that we are going to go harder after this,” she said.

“We want to do some overseas competitions, there are so many in New Zealand and Australia that are easier for us to attend.” 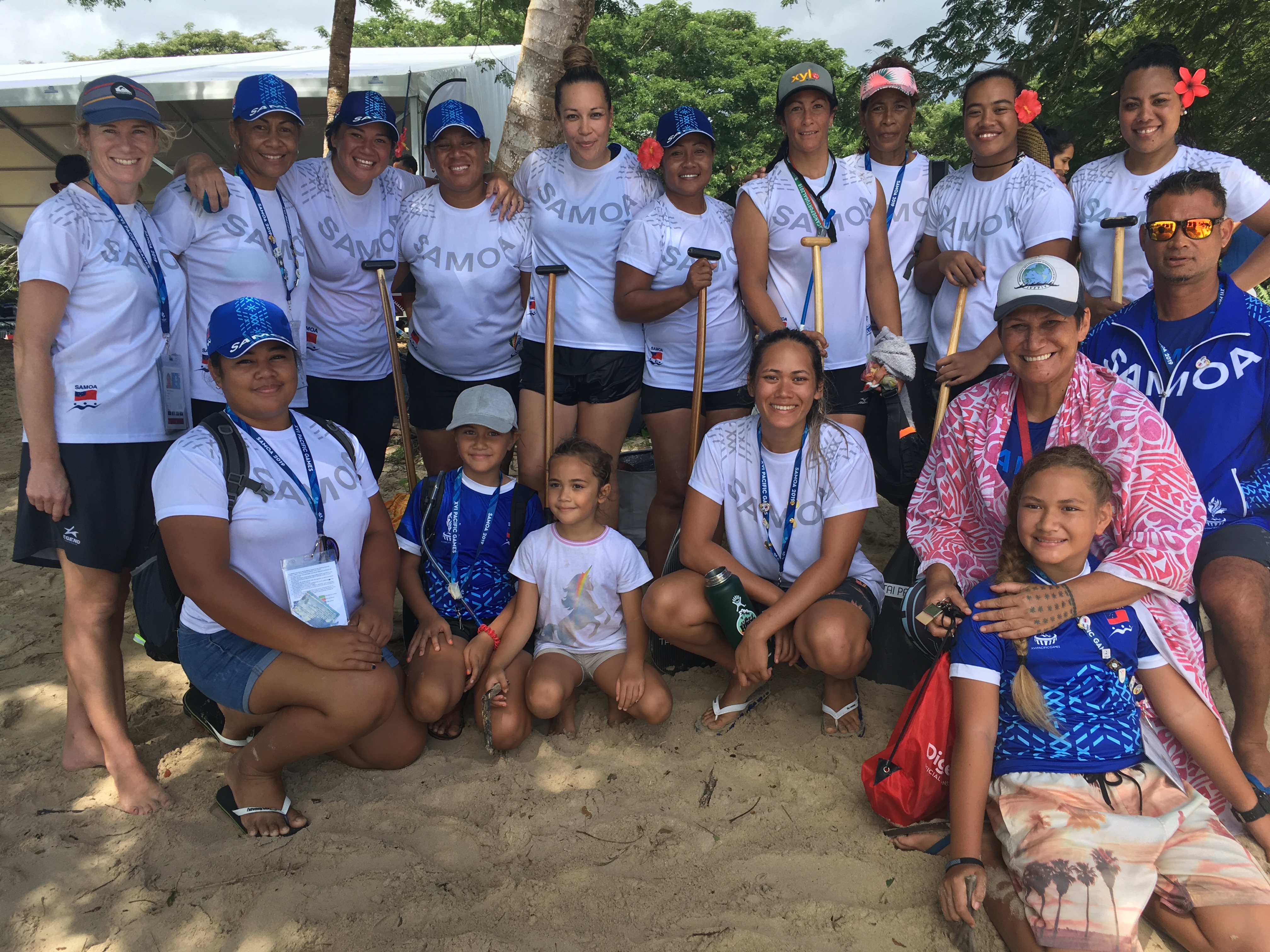 Women’s coach Ulugia Jay Schuster said he has set his sights on a competition in Hawaii next year, and this race was been excellent preparation.

“[I’ve been] watching the other teams, and the aggression on their catch,” Ulugia said.

“It is really driving them through, especially when going upwind. Watching the Tahitians just really anchoring their boat and getting their team through that wind…”

He said he was able to learn a lot from the other teams as the race progressed.