Jordon Milroy and Eli Kapu earned a bronze medal in the first ever regional parasailing regatta in the Oceania Championships held in Samoa.

The pair met for the first time last week and trained together for just a few days on a boat Kapu had never been on before, only to keep up with the region's greatest parasailers and come third overall.

Milroy who is 29 and has sailed since he was very young coached Kapu through the competition. They both have cerebral palsy.

“Seeing Eli going from being scared to enjoying it was so amazing, and I am so proud of him.”

Their team finished on 22 points, behind Papua New Guinea on 15 and the Cook Islands on 6, who came first in every race.

“We were at the back yesterday, feeding the chickens because we were so at the back.

“But today, we were up there, passing people! It was amazing.”

Milroy’s cerebral palsy has given him a speech impediment, and he said at first Kapu did not always understand him.

As the training and the races went on, the pair got to trust each other, and learned to understand each other well.

“He wasn’t really understanding me so it took him a while to warm up to me and now he says oh yeah, let’s go sailing.

“And he said to me on the boat, I’m going to miss you. That’s the highlight of the day for me,” Milroy said. 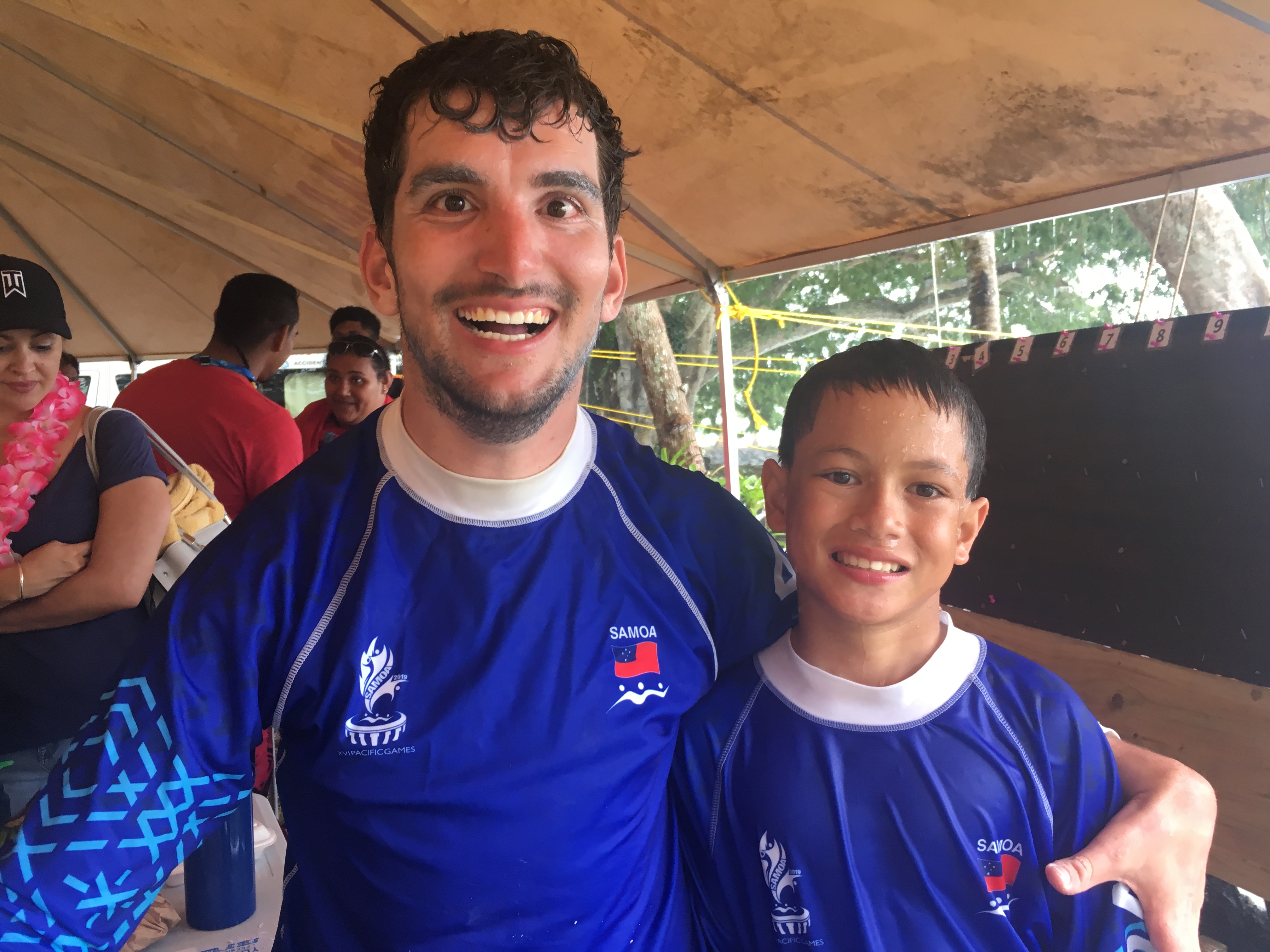 Kapu, at just 11 years old was happy to have competed in his first race, and said his mother was shocked to see the scoreboard to find her son in the top three.

“I have to give credit to Jordon,” Kapu’s mother, Sylvia Craig-Kapu said.

“He is such an awesome guy and he was willing to have Eli right with him in the boat.”

She said it was excited to see her son on the water, and made sure he understood the experience was more important than the competition. 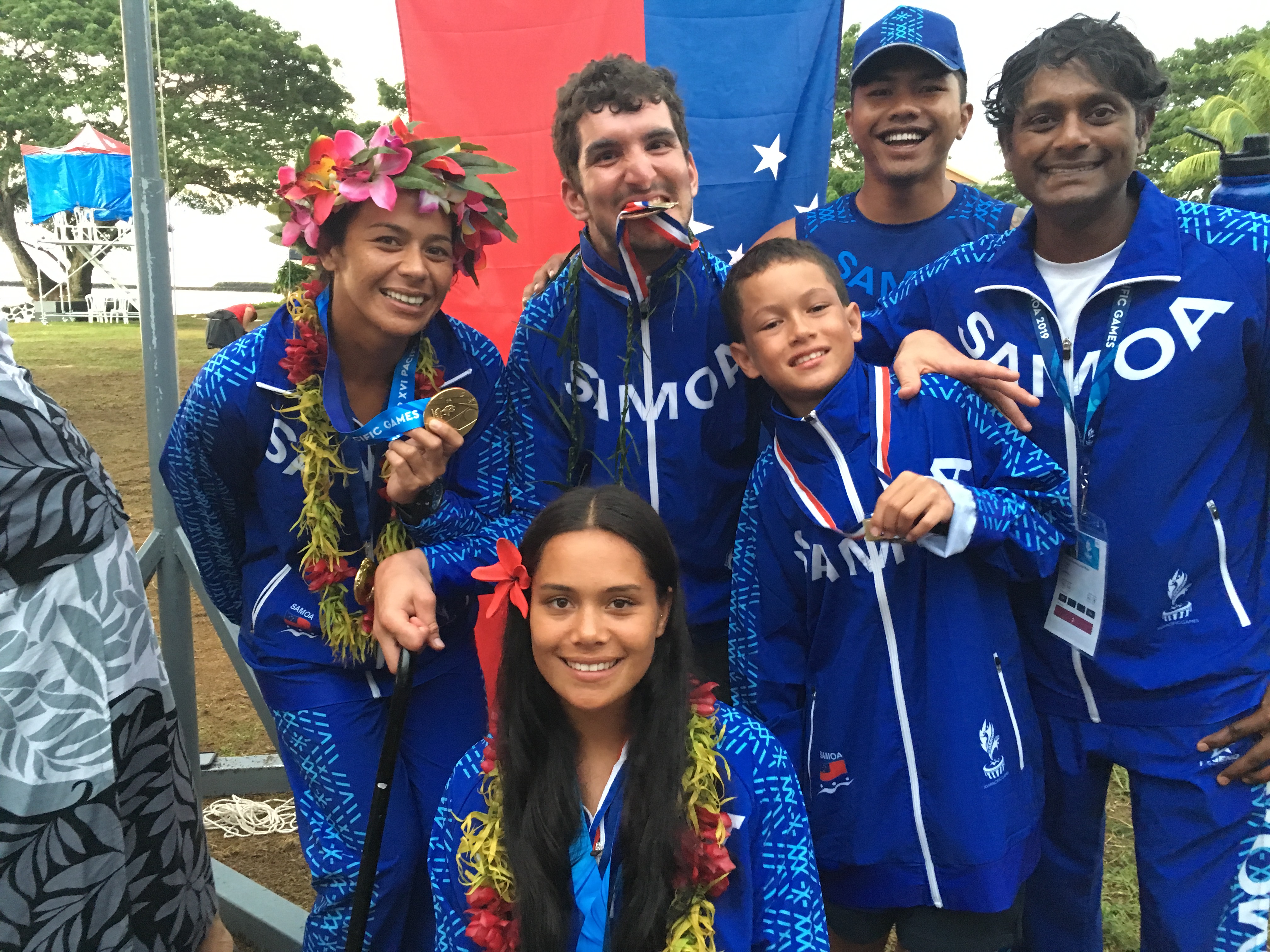 Medalling would be a bonus, on top of learning from Milroy, she said. The change she saw in her son were overnight.

“The first couple of rides he was really uncomfortable,” Craig-Kapu said.

“On the third ride, he said he had a panic attack on the boat, but then he went home, thought about it and relaxed so that by today he was so ready.

“All those rides in the beginning were really good for him, and good for him and Jordon to gel together.”

Sailing team coach Vincent Peter has not spent much time training the pair because Milroy only recently returned to Samoa from New Zealand. But he said it is fantastic to see Kapu being trained up by a role model.

And after the games, when a disability friendly sailing boat is left with the Apia Yacht Club, the sport will grow and grow, he said.

“I hope Raema and the others will have a get-together and introduce the boat, and they can have clinics where they explore and have fun.

“Sooner or later, they’ll realise sailing is such a great sport.

“You are one with nature, there is so much going on – the wind, the rain, the tide. It is a lovely sport,” Peter said.

Milroy also competed in the singles Hansa race, and placed last with 30 points to gold medallist Jan-Michael Sijp with 14.

He said he had mixed days, but is mostly excited to have been in the first parasailing regatta of the region.

“I am so grateful for the support – people cheering my name on all the boats around me, family and friends. It’s so good to be home.” 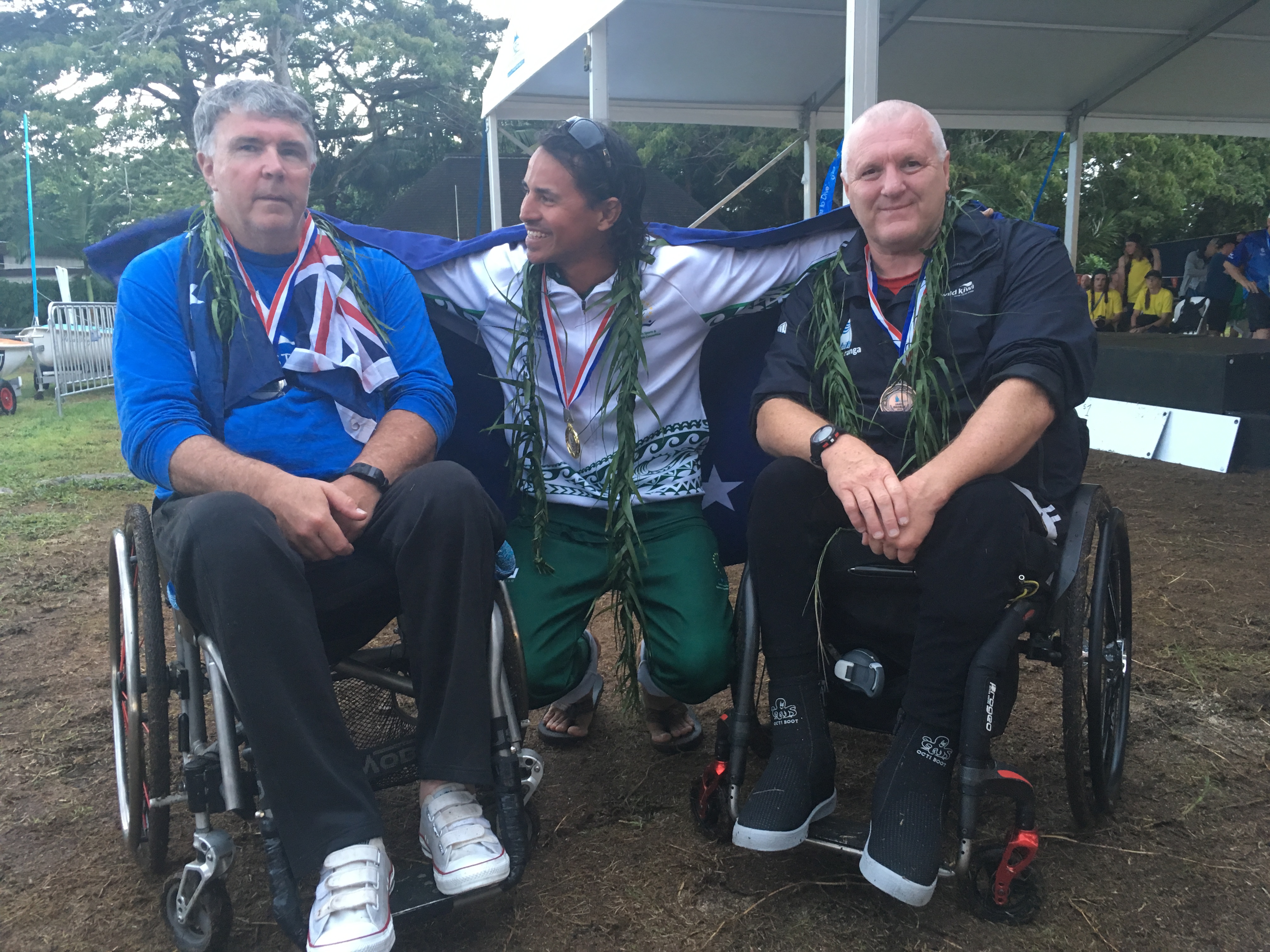