Silver and sixth for Samoa’s sailors

Bianca Leilua has come second in the women’s laser radial races, her greatest competitive sailing achievement yet, she said.

The women’s division of the Pacific Games sailing competition wrapped up Saturday with two final races, putting Leilua on the podium, and teammate Vaimo’oi’a Ripley in sixth place.

Through tears, Leilua shared how proud she is of herself.

Leilua said she knew she had succeeded when she beat Australia early in the day.

“We were toe to toe going to the finish line.

“But even if she had bet me in the last race, I knew that I still had got it, so I was just sailing downwind with the biggest smile on my face.”

There were nerves in the first two days of racing, but by days three and four Leilua had a handle on the racecourse and on her mindset.

“I knew if I didn’t go out with a positive mindset, I wouldn’t have been able to perform,” she said.

In the Oceania Championship the pair have won a gold medal as a team.

The team coach Vincent Peter said the venue delivered strong winds after months of ‘light and shifty’ winds during their training period.

“The last four days have been really consistent, so that was the biggest plus. Without wind and without consistent wind it becomes a gamble,” he said.

“But we underestimated a few teams, which is never a good idea, and going into day two, day three we had an idea of who were the top teams.”

He hopes Ripley and Leilua will get more time on the water in the lead up to their next competitions, he said. If they plan a six-month campaign, they should prepare for a year.

European athletes in places like Poland where Peter is from get support from their schools and workplaces to have time to train, especially when they represent their country.

“I feel that in Samoa they didn’t have that support. School, college still forces them to show up, they could only train when they could,” Peter said.

They also need more exposure to competitions, to get used to managing their stress and being on the boat under pressure.

Samoa Sailing Association President Raema von Reiche said a medal in this sport will show Samoa the potential in sailing.

“I am really proud of our team, they have done exceptionally well and a lot of hard working and training went in. 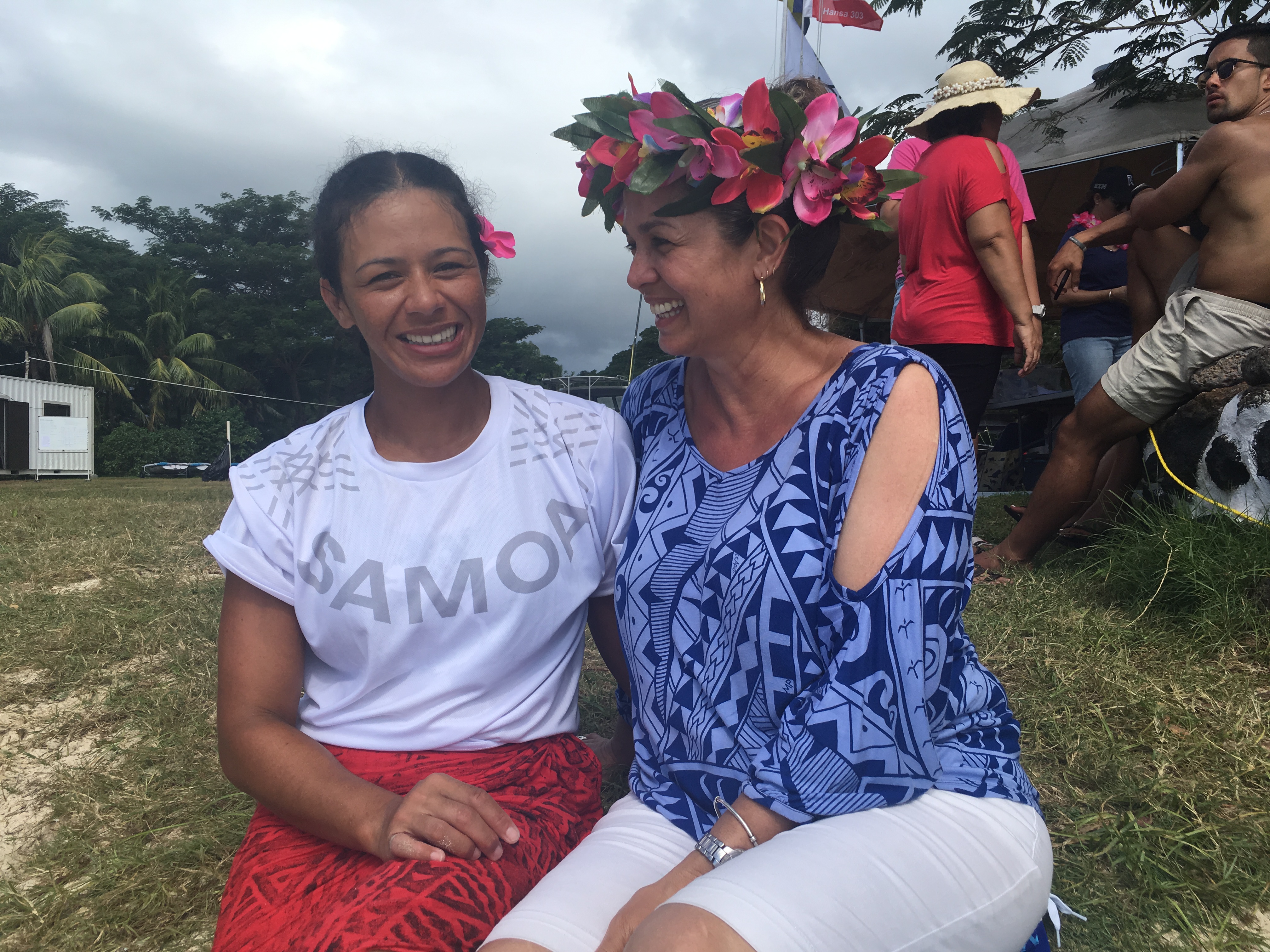 Ripley was tied in points with Fiji’s Sophia Morgan but a single second placing for Morgan earlier in the week put her ahead of Ripley.

It was a special competition on the sea, a whole 12 years after her last competition in Samoa during the 2007 Pacific Games when she was just 17. So setting out on her last day of sailing was bittersweet, she said.

“It was pretty special to come and sail again for the second Pacific Games,” she said.

“I was just reflecting on that when we were here in 2007, then we had my great-grandmother Ainslie present, my sister Tuiamanu, everyone was here.”

Her mother Seiuli Salamasina, grandmother Papalii Momoe von Reiche and other family members were all out to support her, and her cousin Jordon Milroy representing Samoa in parasailing this week.

"It was amazing, it is always lovely to watch our children perform in the sports they compete in," Seiuli said.

"I was a volunteer fo rthe 07 Games so I was here every step of the way, and it is a big improvement - she is more experienced now.

"I think she was a little bit nervous during the races but she got herself together again," she said.

Peter had told Ripley to lean on her muscle memories of those 2007 races to help her prepare and race this week, with less years under her belt compared to other racers. But Ripley has been sailing since she was around eight years old.

“I didn’t know what to expect coming into the games, though I would have liked to get up on the podium,” she said.

A reserve no more: Reece Hodge starts for Wallabies vs Pumas

A reserve no more: Reece Hodge starts for Wallabies vs Pumas