A Fijian couple with Samoan connections won their very first gold medals on Friday to add to their silver and bronze medals won on the first day of competition.

Thirty-five-year-old Samoan Frederick Tamavua Leota currently resides in Fiji with wife Lisa Noreen Leota. Lisa wooed Frederick to archery three years ago and he has been shooting for Fiji ever since. 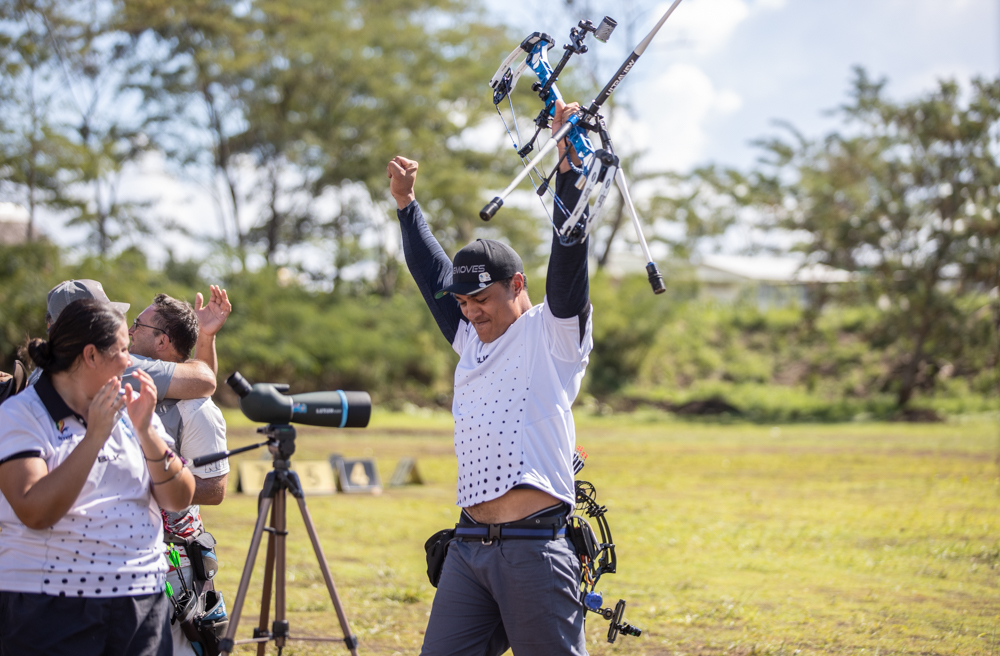 Frederick's parents Leilua Tavas and Imelda Leota have never missed a day supporting and cheering on their son, despite him shooting for Fiji.

"I’m glad for him because he’s living there in Fiji with his wife, he can give back something to Fiji. But we’re also proud as Samoans," said Leilua.

In fact Frederick's second name is Fijian and shows

"In 1984, I was working in the Prime Minister's External Affairs Department, I went to Fiji USP for training while my wife was heavily pregnant, but then we heard in Fiji that she gave birth and it was a boy. 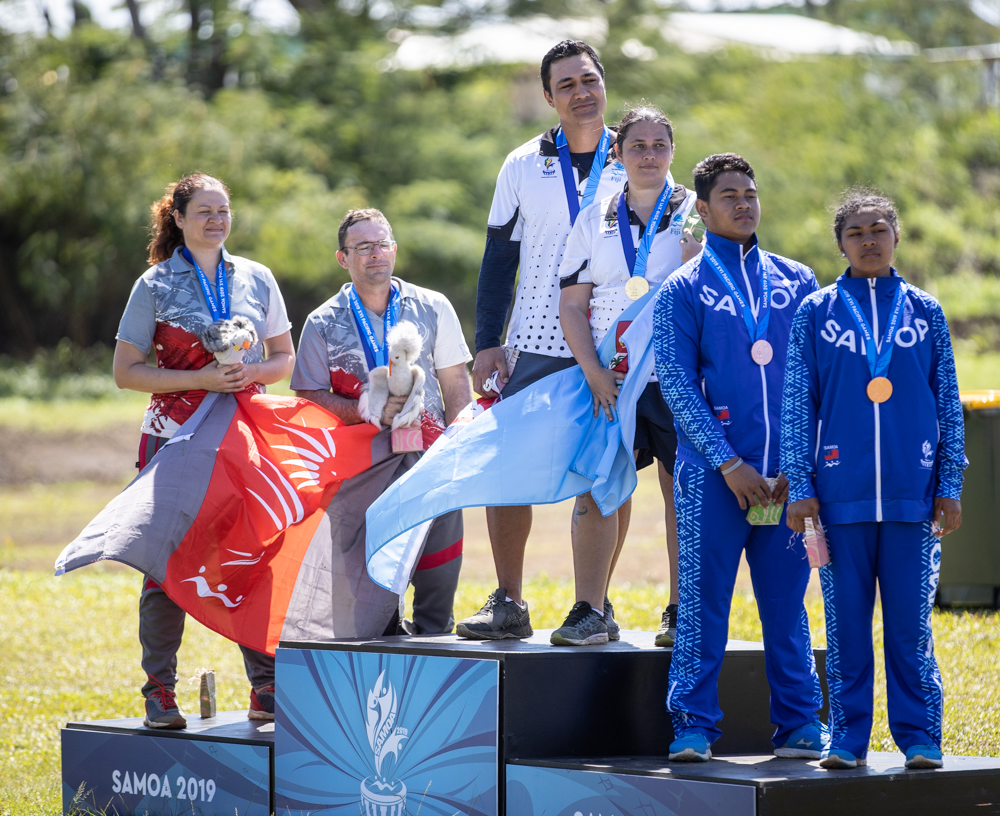 Leilua said he thought of giving his newborn son a Fijian second name and settled on Tamavua because it is where his father Leota Tautasi trained as a doctor in Fiji's School of Medicine in 1941-1944.

"When I came back in later October, I gave Fred a second name Tamavua. I didn’t know he would grow up and go to Fiji and get married and do this for Fiji," he said.

Frederick carried a small Samoan flag in his pocket throughout the competition, which was given to him by his parents.

"Just a small flag there, because he not only Fiji but Samoa and anybody who can see that word at the back, Leota, will know he’s Samoan," he added. 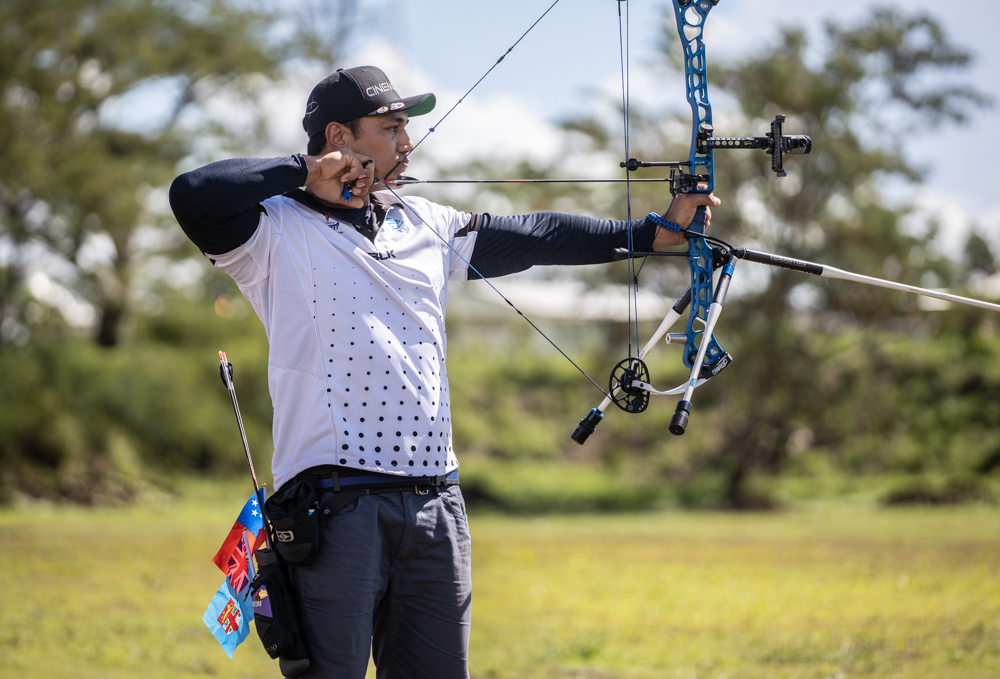 A few minutes after the results were announced, Lisa told Samoa Observer that the reality of winning gold has still not registered.

"This is our first gold together and my first gold in any of the games and the last one before this, the individual was Fred's first gold as well so it still hasn't clicked yet, it hasn’t clicked yet.

"I think we’re bringing in seven just from the archery, so that’s pretty good for such a small team," she said.

Earlier in the competition, Lisa won silver in the women's compound division after amassing a total of 935 points from her shooting, while her husband Frederick got a bronze medal after he tallied a total of 1056 points.