Prosecution has withdrawn 44 charges against senior Member of Parliament, La’aulialemalietoa Leuatea Polataivao, and others in relation to an ongoing hearing in the Supreme Court.

Acting Chief Justice, His Honour Justice Vui Clarence Nelson, made the order to withdraw the charges relating to deposits made by unidentified sources to the Samoa Nonu Delights bank account on Friday.

La’auli together with his wife Heather Schmidt, Apulu Lance Polu, Martin Schwalger and Tuitui Aiolupo are facing 234 charges that they have pleaded not guilty to.

The charges include obtaining by deception, theft, forgery, causing loss by deception and theft by a person in a special relationship.

Prosecution will proceed with 190 charges against the five defendants.

Justice Vui also ruled that there is a case to answer for all the defendants in respect of the remaining charges.

“In respect to the no case submission, I find that there is a case to answer for all defendants in respect of remaining charges," he said.

“Reasons for this conclusion will be outlined in final proceeding of the Court.” 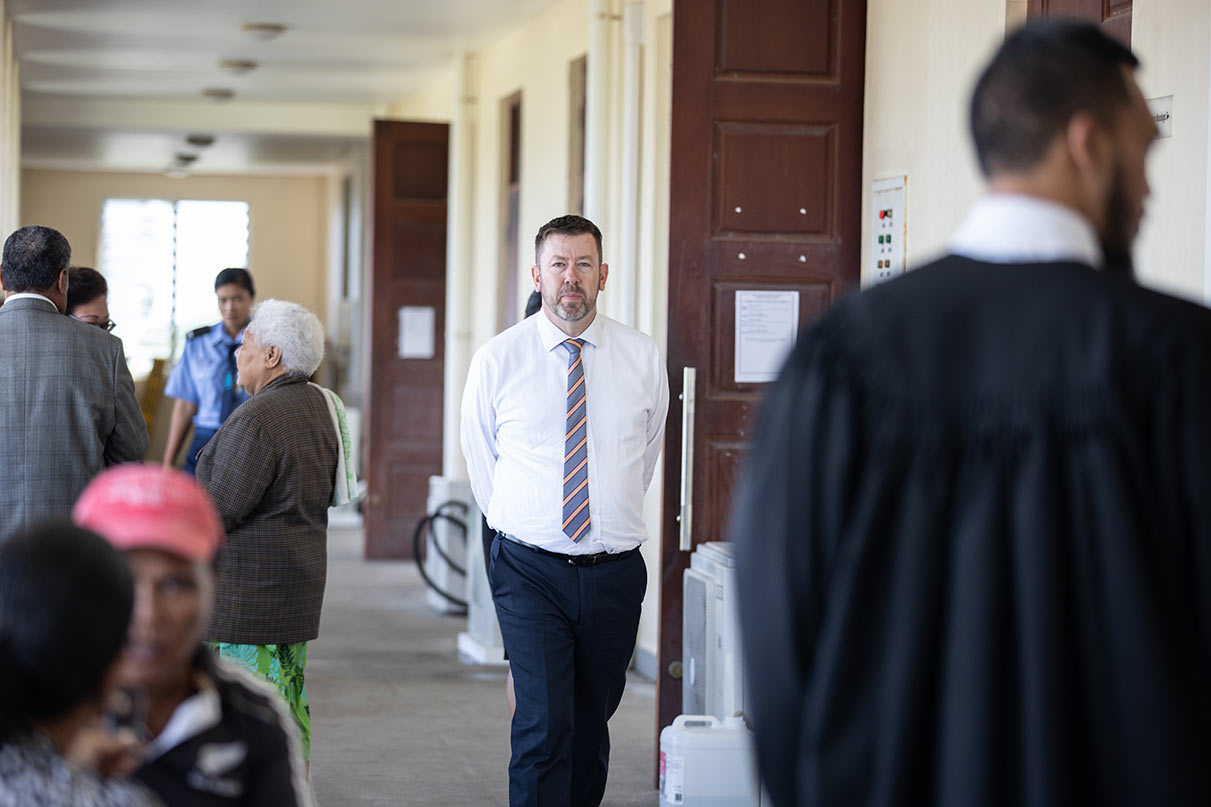 Prosecution has been ordered to file the amended charges for the defendants on Monday when the defence case will commence.

On Wednesday, defence lawyer and Queens Counsel, Kieran Raftery filed a no case to answer to the charges of obtaining by deception.

Mr. Raftery argued that some 44 charges the customers that made payments to the Samoa Nonu Delight bank account have not been identified.

“Prosecution failed to identify some of the customers involved in the transaction,” he said.

“There is no evidence before the Court to identify the customers.

“Inference can be drawn that those payments were made by customers but they cannot identify who are the customers.

“There are no documentations to identify who the customers are.”

Furthermore the defence lawyer pointed out the only identification is the entry of the funds in the credit column of the Samoa Nonu Delights (S.N.D.) bank account.

However, there is on identification of the source of the funds.

He said that the customers that received supplies of nonu juice from S.N.D. did not care where the product came from, they were happy they received nonu.

Lead prosecutor and New Zealand Crown law solicitor, Mark Stephen Williams had argued that payments received by Samoa Nonu Delights should have been paid to Local Partners and Associates (L.P.A.).

He said this is deception in the face of the receipts issued under the name S.N.D. instead of L.P.A. 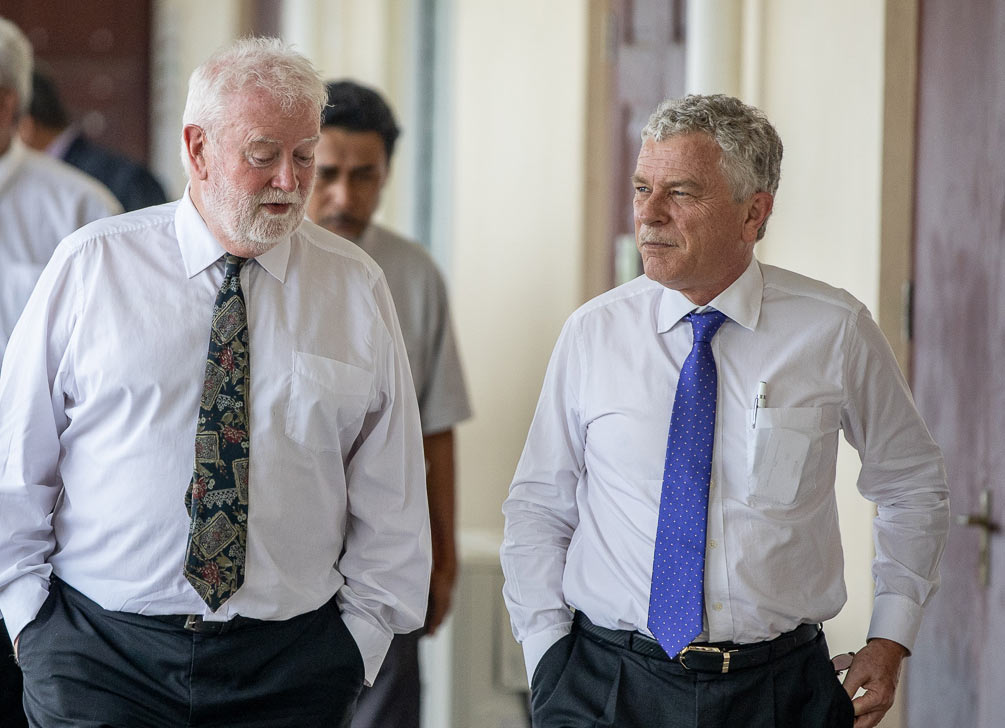 Mr. Williams maintained that payments were pursued and made to S.N.D. account where it should have been made to the legitimate L.P.A. company.

The dispute in the operation of L.P.A. is in relation to its shareholders of the nonu company and money received from orders made to the company.

Complainant and Associate Minister of the Ministry of Prime Minister and Cabinet, Peseta Vaifou Tevaga claims that he owns 50 percent of the shares of the company and is a Director.

He told the Court in his evidence that there was no agreement to use the name Samoa Nonu Delight as a trading name for L.P.A.

But from matters raised by the defence lawyers in Court during the proceeding, La’auli, Apulu and Schwalger who are also shareholders of L.P.A. they did not make an agreement in a resolution to give Peseta 50 percent.

They also disputed that an agreement was reached in a meeting between La’auli, Peseta and the company’s lawyer at the time, Maiava Visekota Peteru to change the shares.

The hearing will continue on Monday with the defence calling on its first witness.