New Zealand High Commissioner to Samoa, Dr. Trevor Matheson, has visited the Maluafou College, to show his country's gratitude and support after the college choose to support New Zealand but did not participate in the Pacific Games opening ceremony.

He was accompanied by members of New Zealand's weightlifting team including Kanah Andrews-Nahu, who has won six gold medals and one bronze for New Zealand.

Speaking to the Samoa Observer, Dr. Matheson said the purpose of their visit was to thank the staff and the students for choosing to support New Zealand during the regional sporting event. 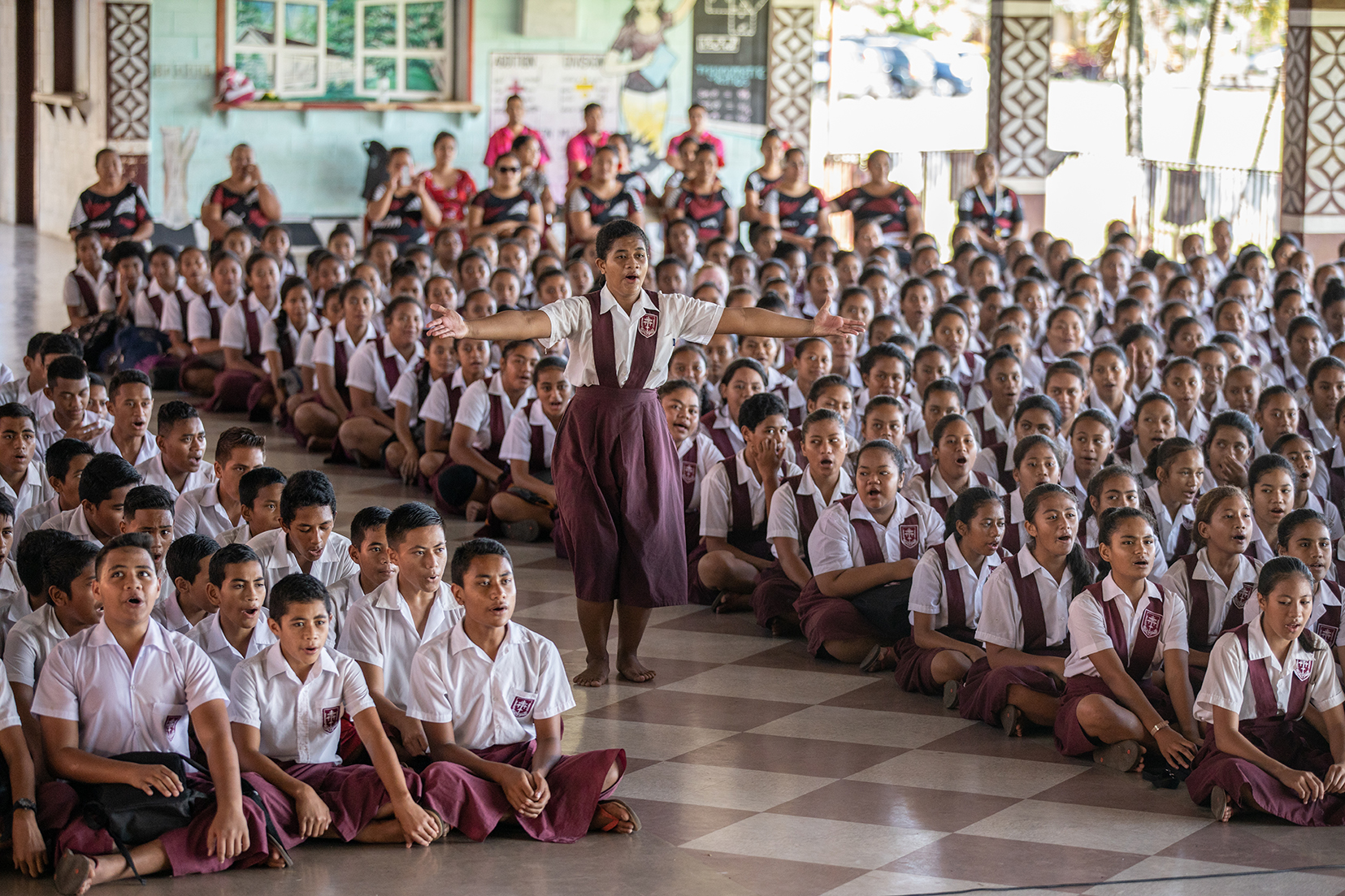 "I know many are disappointed because you should’ve been performing at the opening of the Games but that is why we’re here. If you can’t perform at the opening ceremony then you can perform to us. You have done an amazing job," he said.

Team New Zealand agreed to visit and bring some members of their squad and meet the staff and students and personally thank them for their support during the Games. 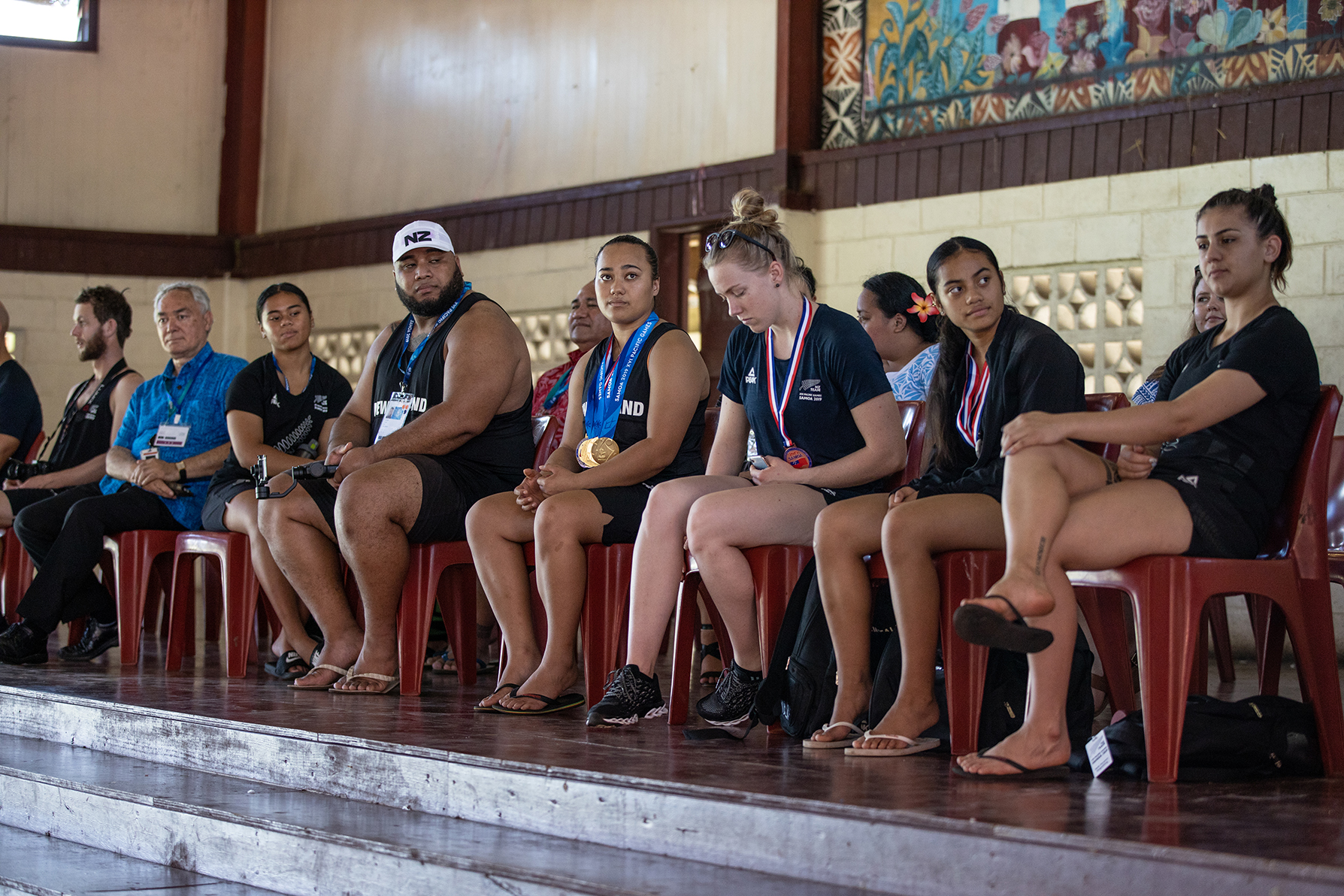 Andrews-Nahu said the purpose of their visit to the college was to enable them to interact with the students and to hopefully inspire them to take up support.

”The purpose of us coming here is to interact with our local people here, meeting people who are just same ages as us or just a little bit younger, trying to inspire the youth to get into a sport doesn’t matter if it’s weightlifting, soccer, netball, just make sure you try your hardest.

“Some words of advice or words of wisdom I would say do your best at whatever you try whether would it be in sports, schools or whatever just try your best and enjoy what you’re doing," she said.

Andrews-Nahu said she is grateful for the chance to become a better role model for the students of Maluafou College.

“To be a role model to anyone is very honouring and I feel much honoured to be that person for someone I mean if I can inspire at least one person that’s fulfilling a goal of mine.”

Maluafou College students were withdrawn from the Pacific Games opening ceremony at the last minute by the Congregational Christian Church of Samoa (C.C.C.S) hierarchy, disappointing the staff and the students who had spent months rehearsing for the event.

Mrs. Tava’e thanked the New Zealand High Commissioner for visiting the college and admited that she was "bit shaky" when she was advised of the visit.

“I feel that my school is a very important school when I was told that the New Zealand High Commissioner would like to come. I was a bit shaky because when I think of such a man, he’s a very high person in position, and why would he like to come visit my school?"

She also thanked New Zealand for giving employment opportunities to New-Zealand based Samoans who work for their families in Samoa.

Team New Zealand’s Chef De Mission, Kristy Hill said the meeting at the college was a great time for the athletes to relax and get excited before they headed back home to New Zealand.

She said their athletes are having a great time and some members of their archery squad went over to the To Sua Trench and enjoyed the swimming.

”I’ve been telling them to get back into the shade because I don’t want them to get sunburnt, but they just love the whole experience and engaging with other athletes from other countries in the Pacific.”

Mr. Matheson said the students have been an inspiration to Team New Zealand, especially seeing them perform before they participated in their respective sports. 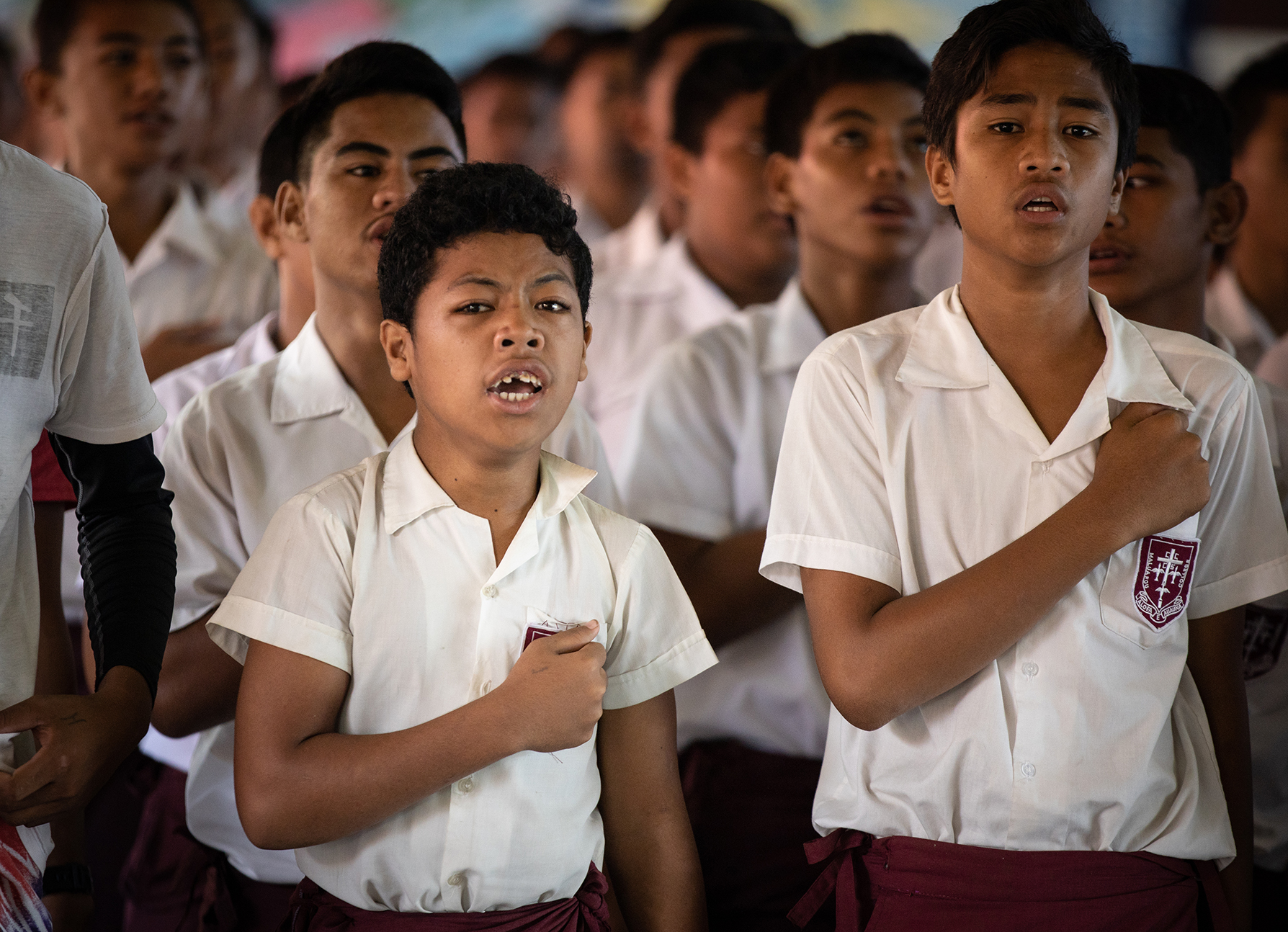 "There are still some events starting from tomorrow and so some of the athletes will be performing and so they’ve already been inspired by what they’ve seen so that’s already wonderful for them to be here," he added.

Samoa will be getting either the Pfizer/BioNTech or Oxford University AstraZeneca vaccine, the Director-General of Health has said this week, and whichever comes first will be used first.