Jordon Milroy, being hoisted into his Hansa 303 for his third race of the day. (Photo: Wilson Stratton)
Sailing

The pair, who both have cerebral palsy, set sail on Friday, for their first race in the double handed Hansa 303 with Kapu-Craig nervous to set off but overjoyed by the time they returned to shore.

“Our game plan was to just go out and sail, have fun and see where we come.

“The first race we had some equipment failure, the mainsheet came undone, and none of us could do it up because of our disabilities.

“But we sailed the rest, we got through the course, so that’s the main thing.” 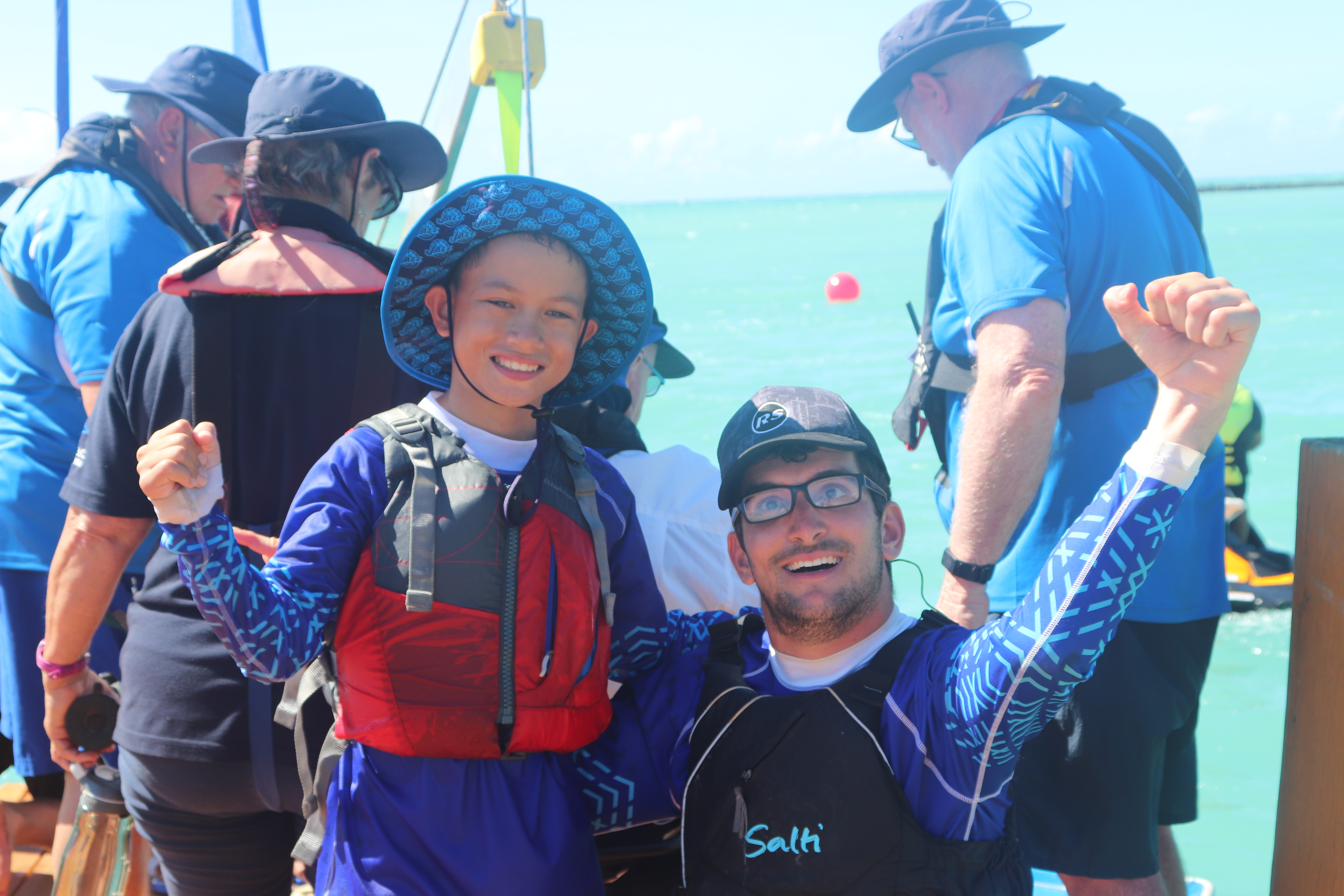 By the time the second race came along, Kapu-Craig’s nerves had disappeared, and he was “over the moon,” Milroy said. And in the last race they kept up with their competition.

They coasted during the stronger winds to give Kapu-Craig a rest, and hopefully by the last day on Saturday his confidence will grow.

“We are the lightest pair in the group, so we could be up the front where we belong,” Milroy said.

“I am just so proud to be part of the inaugural regatta in the Pacific, it’s a really big deal.”

And in his individual races, Milroy competed strongly in day two of the three-day competition, maintaining his third place.

“It was really light wind day; we did two races then the wind died. When the wind dies, you really have to focus on your techniques, and you can’t afford to make any errors on the racecourse. 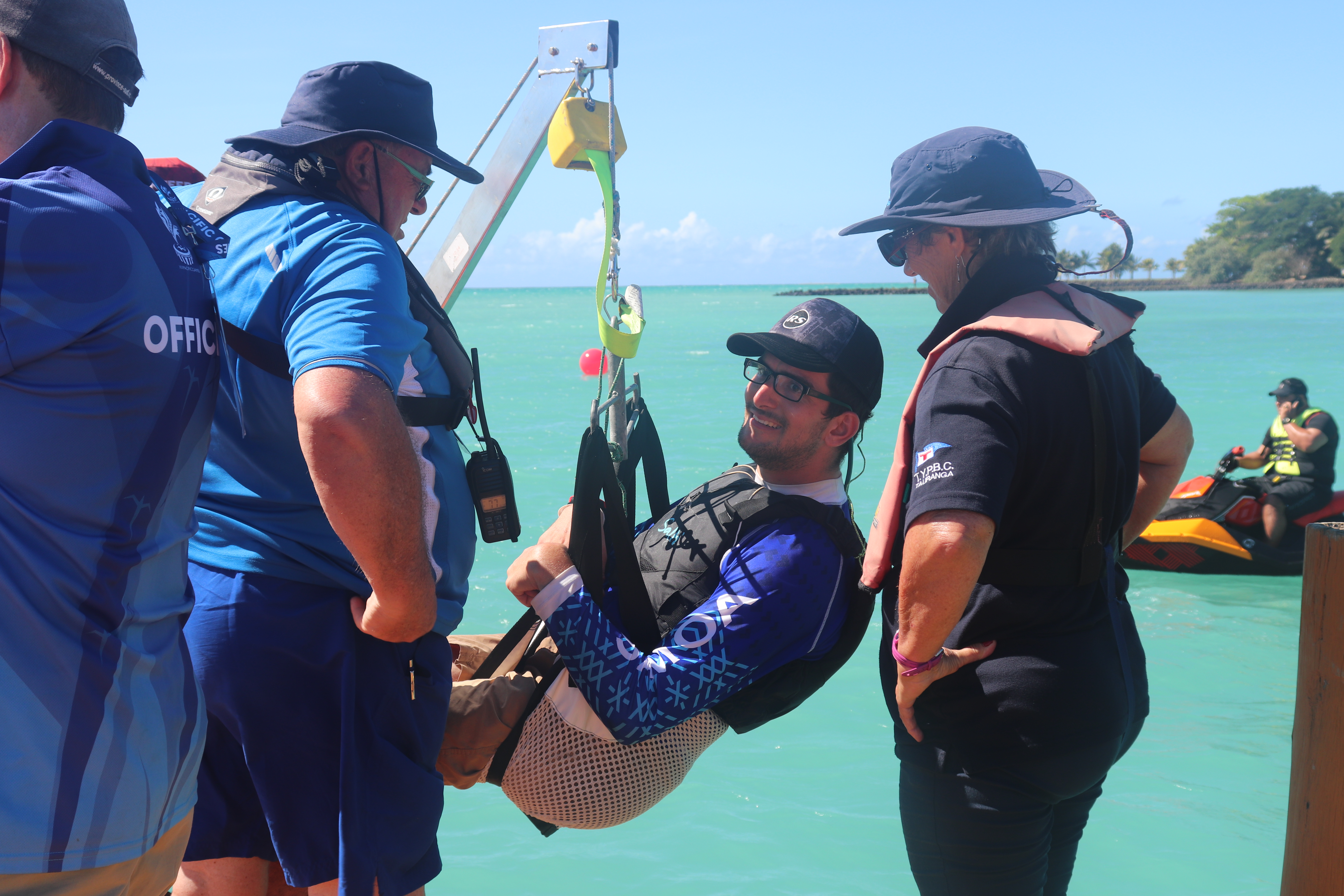 World Sailing coach John Sanderson has travelled to Samoa for the competition and said it has been great to see the talent on show in the parasailing division.

“In the singles we have top sailors from Australia and New Zealand, and yesterday the races were all won by the Cook Island sailor,” he said.

“There is no question that the Pacific Islands can compete at the world level.

He is working with the parasailers to teach them to coach, so they can go back ready to foster the next generation of parasailers, just as Milroy is doing with Kapu-Craig.

“The improvements you have made to [Eli’s] confidence is astounding,” Sanderson said to Milroy.

Sanderson said Samoa getting a small disability Hansa 303 to keep after the Pacific Games will be an excellent training platform.

“With that one boat, and local knowledge, they will get disabled sailors sailing.” 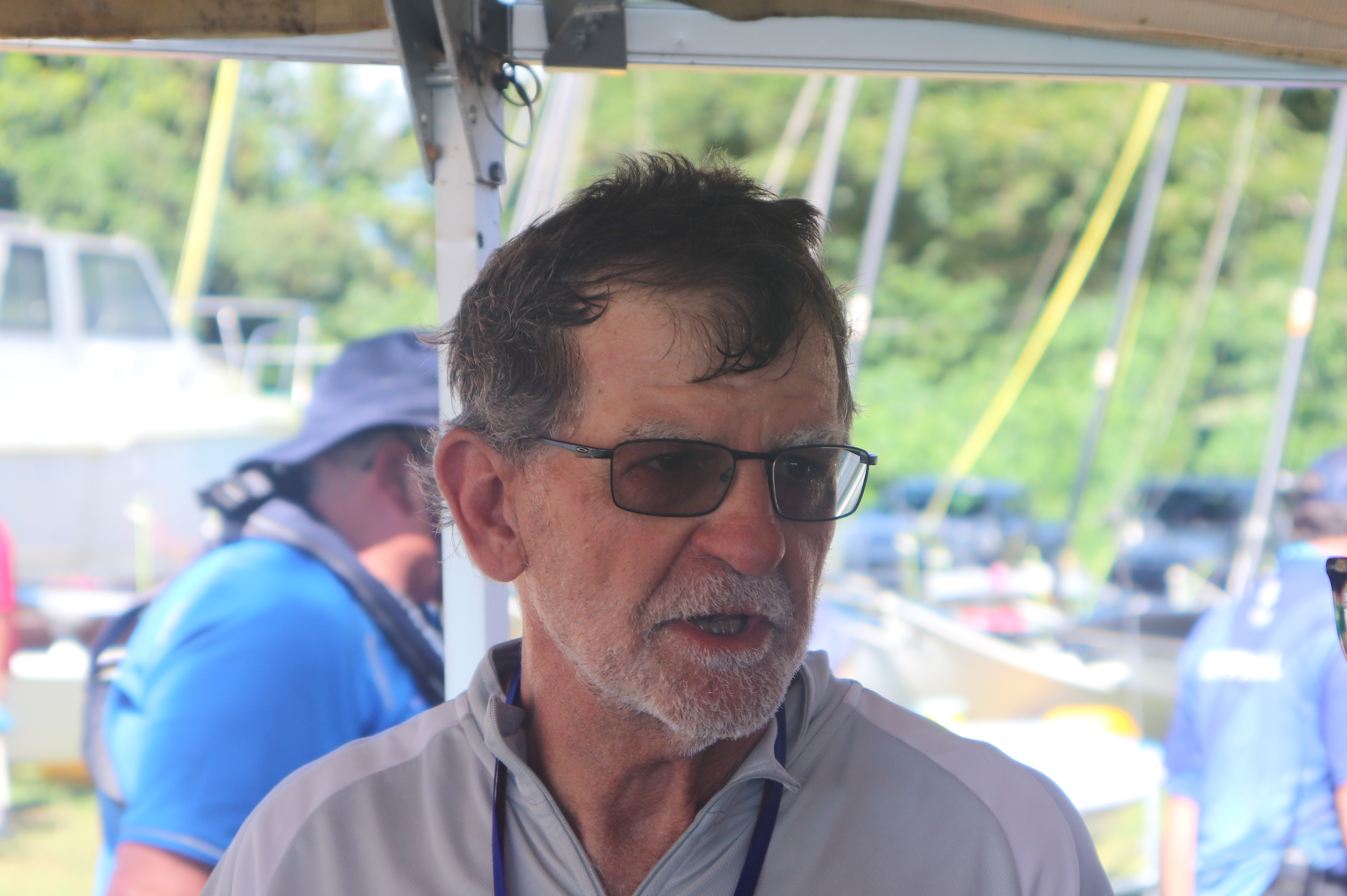 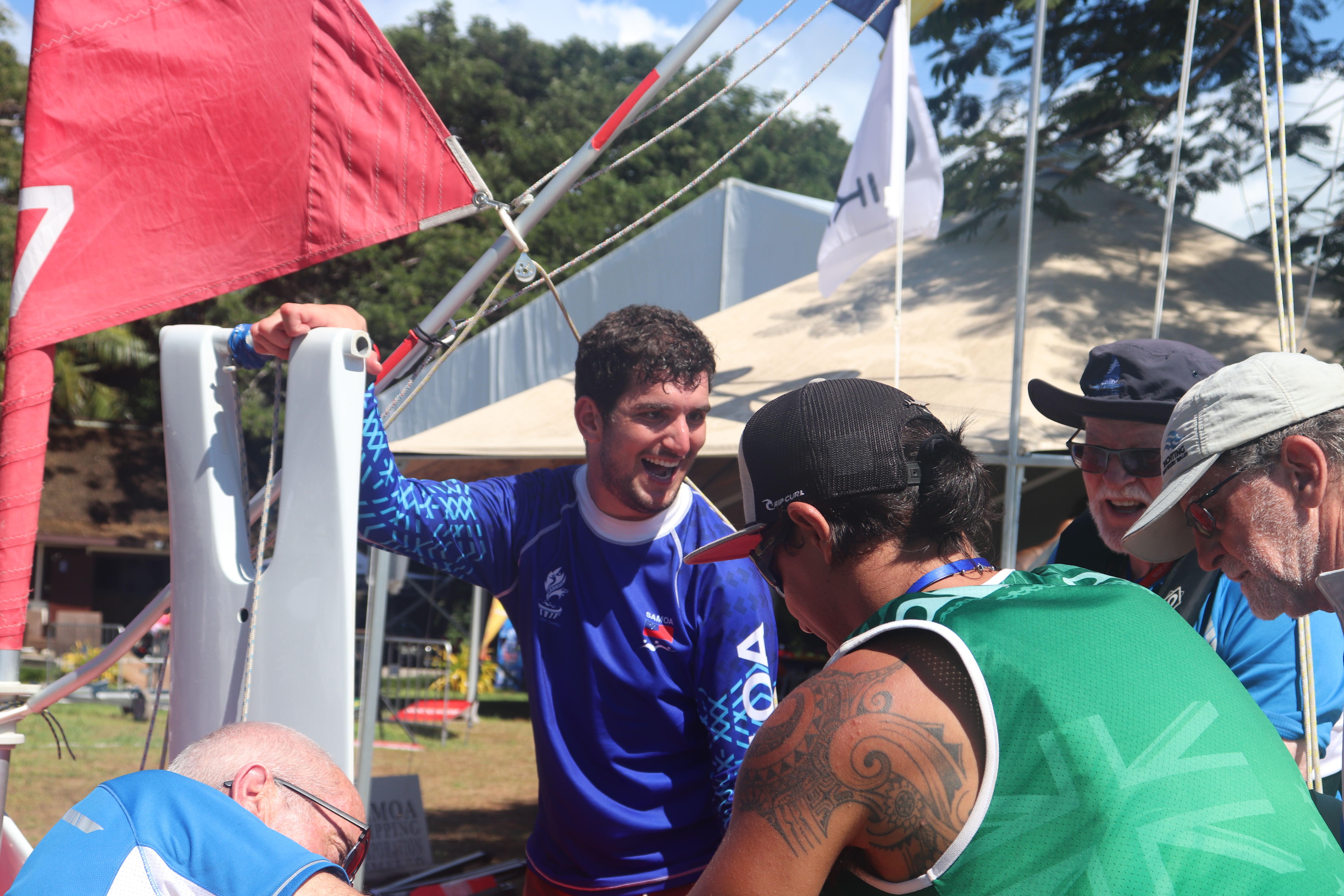