Swimming is a life skill that you need to master if you’re a Pacific islander.

It’s Moana’s first Pacific Games and she has already scooped two silver medals for Fiji in the 200 meter breaststroke and the 4x200 meter relay.

“Since we live in Fiji and the Pacific, we are surrounded by the sea, it’s a good life skill that you need, to learn how to swim, incases of drowning,” the Saint Joseph’s Secondary School student told the Samoa Observer.

She said before she participated in the 200 meters breaststroke final, she was nervous as she doesn’t do 200 meter stroke anymore.

“I specialise in the 50 breaststroke now. And so what happened was before the race I went to my coach, telling her I was really nervous for the race, I was scared, I was actually feeling I wanted to pull out and not swim it at all, and it was really unexpected that I came in second.

“Before I got on to the blocks I was wanting to cry but then I just told myself, just do what the coach said, do it, do your best, and then I came in second.

“I used to be able to do 200, but when as I got older I wanted to go into the sprints because I didn’t have enough stamina, or endurance to complete the whole 200. I was like seeded the slowest time going into the finals, and so I was no mentally prepared for that race.” 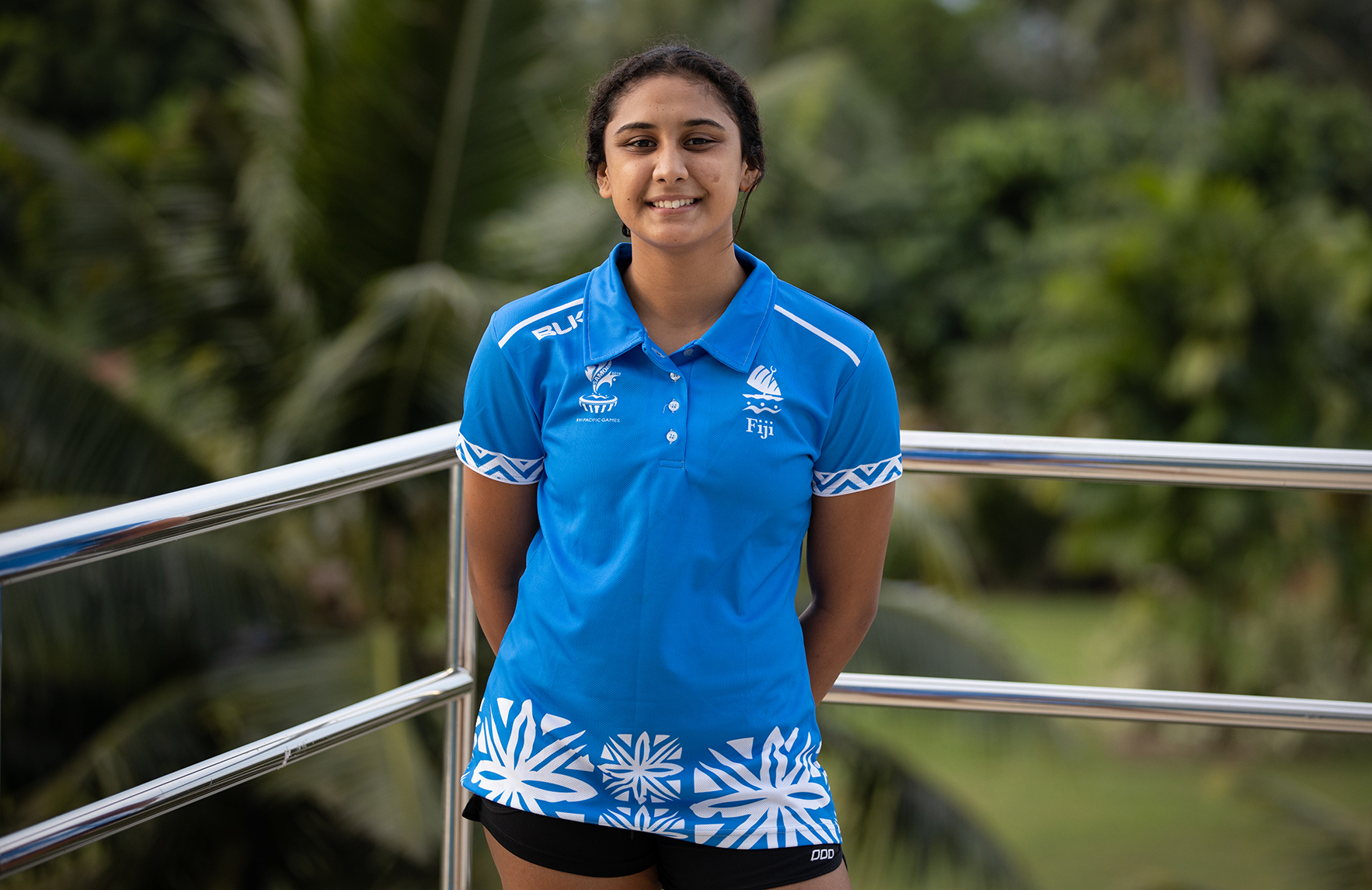 She said winning the medal made her emotional as it was her first Pacific Games tournament and her parents and sister were among the crowd.

“I was just really proud of myself and happy that I listened to my coach and never pulled out of the event.”

Moana was part of her school’s team that won the secondary schools swimming competition in Fiji earlier this, year and representing Fiji is an honour for her.

I am totally excited about being part of team Fiji. Everyone on the team knows each other, we are rivalries in terms of swimming competition back at home, but here we are like friends.

“I’m hoping that I will still be swimming by the next Pacific Games, but I am really looking forward to the Oceania next year that’s going to be held in Fiji if I qualify.

“I went to the Oceania in 2016 and I got a silver medal in the 50 meter breaststroke, and just competing at home with everyone there supporting you is just so much better than travelling overseas. I am actually really looking forward to competing next year if I qualify.”

She said it was her mum’s idea that she takes up swimming to get involved in extracurricular activities.

“When I was younger because I wasn’t really social, I didn’t make a lot of friends in primary school, I attended Nadi Airport primary school. So my mum noticed that and she wanted to put me in a sport where I will have a social life and also she said if I compete in international competitions, it’s an opportunity for me to get recognised, get a scholarship, or travel overseas.

“My sister and I used to surf just like my parents who were surfers, but we were not strong enough to swim the current, so our mother put us into swimming.”

Moana said while swimming is a competitive and demanding sport, being surrounded by friends and family to motivate and support you helps.

“And it’s also a great opportunity to travel overseas, make new friends from other countries as well as in your home, people you never knew you would be friends with. It’s a really great opportunity for young swimmers, young kids.”

The aspiring photographer and videographer hopes to give back to the sport.

“Maybe become a physio or national coach, stick with the sport as well as doing something on the side that I love doing.”