At 21-years-of-age, Brandon Schuster, the son of Toeolesulusulu Cedric and Suzie Schuster, is already doing his country proud, raking in his second gold medal for Samoa.

He clocked a time of 4:24:04, leaving two New Caledonian swimmers to settle for silver and bronze. 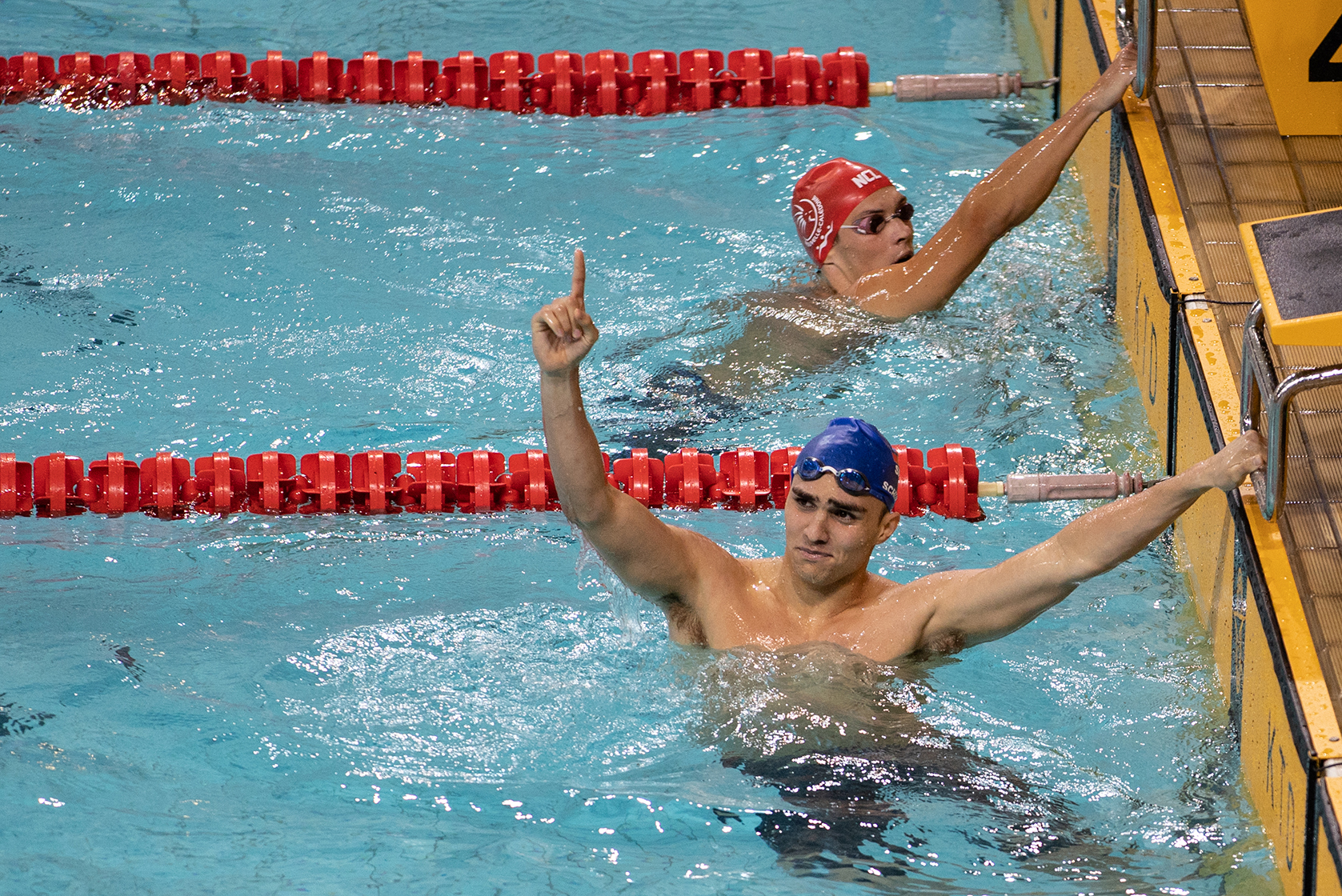 Speaking to the Samoa Observer, he said winning gold just means more recognition for swimming as a sport.

“I am just happy to be able to be given this platform to showcase the talent that Samoa has for swimming and to show the other nations in the Pacific as well as to show people at home who are watching, reading the paper, or listening to the radio, that you can also do this,” he said.

“I grew up here in Samoa and I have been training my whole life and being able to come up to the stage and win two gold medals so far is something that I would have never dreamed of.

“And I was able to do that through the support of my coach, family, the church and the whole nation as one.” 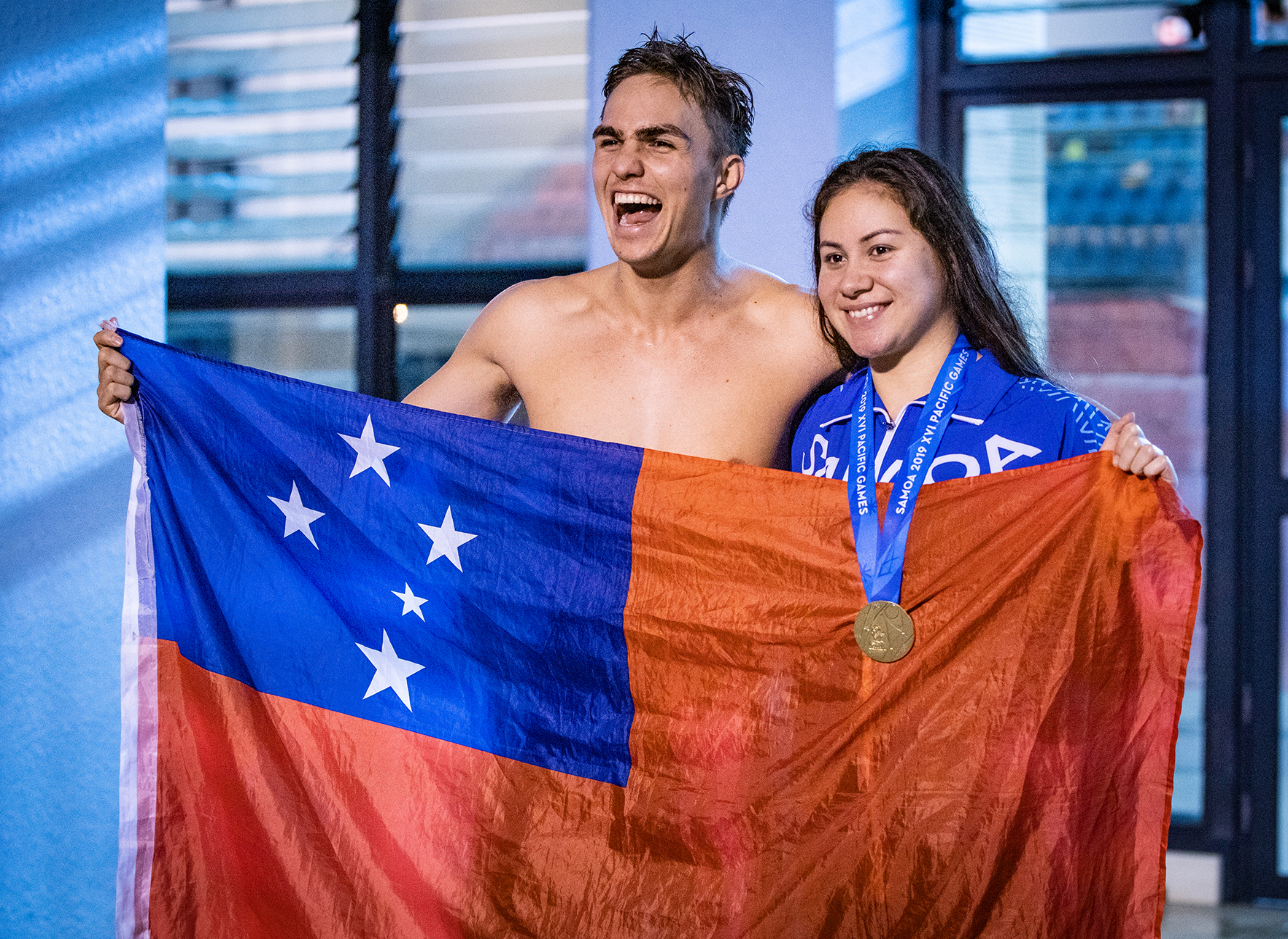 The national swimming team captain said the win is something that people who are watching should be encouraged about.

Schuster dedicated his win to his team, coach, family and Samoa as a nation.

“I dedicate it to all the people who are looking at it, who think and know that they could also get there.

“To all the people that haven’t started any sport, and knowing that if they put their effort in and the country is behind them, than they can also get into this point, all this people who have that dream, I dedicate it to them because it can become a reality.” 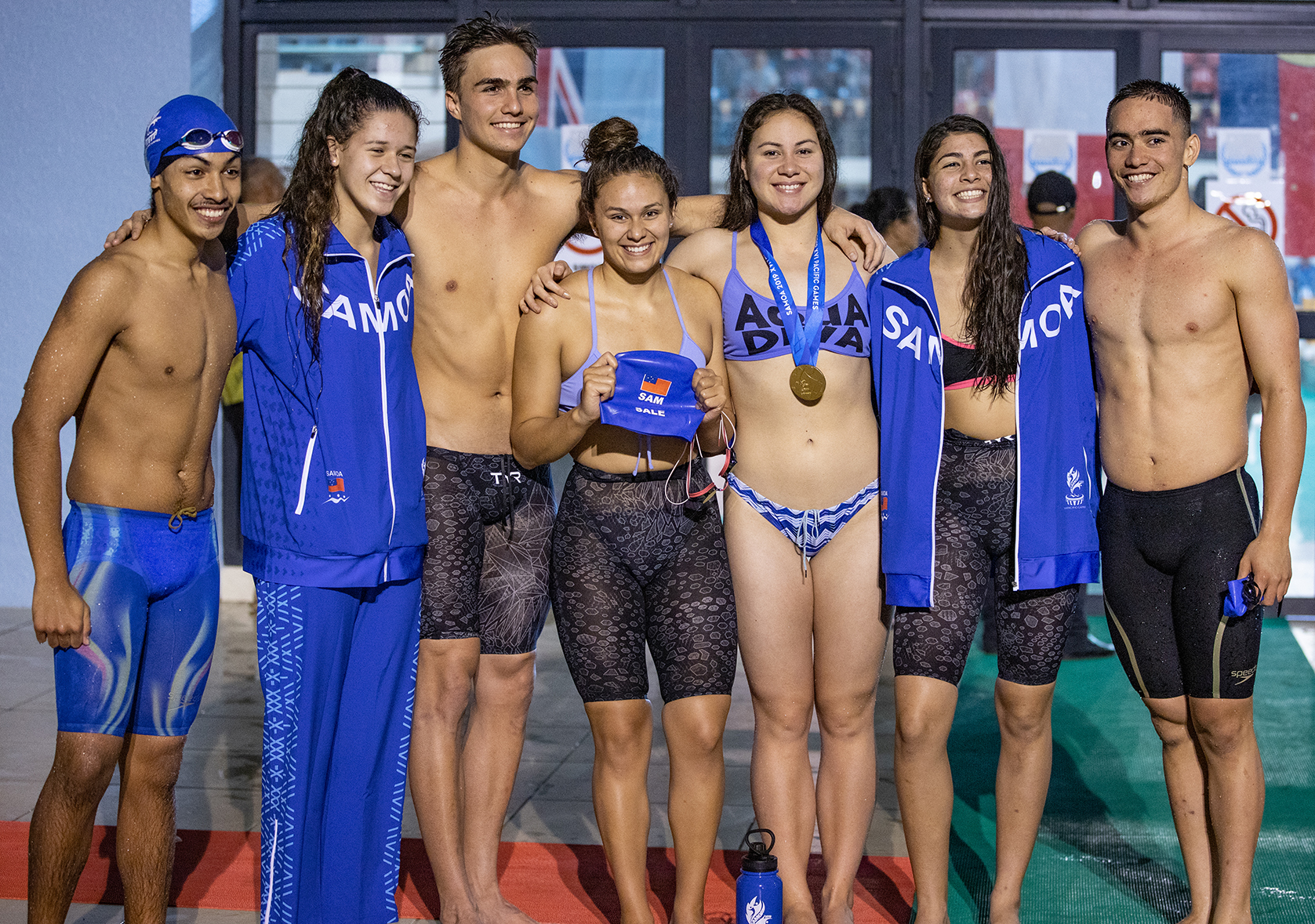 Schuster's win takes up Samoa’s gold medal count to six as of yesterday.

Meanwhile, Lauren Sale, who won gold in the women’s 50 meters backstroke on Monday, settled for silver in the women’s 100 meters butterfly.  The swimming competition continues.