Bluesky C.E.O., Toleafoa Douglas Creevey, acknowledged the work of the Manu Samoa 7s coach, Sir Gordon Tietjens and his link to the success of the team over the past 12 months.

He said as a sponsor of the national 7s team, seeing achievements on the field and improvements in Samoa's World Cup ranking gives them satisfaction.

“And so we wish to pass this congratulation from the Board of BlueSky Samoa Limited and all the management and staff who have been your number one supporters behind you, and the BlueSky customers in Samoa and the Pacific that have contributed to the Manu Samoa 7s campaign for the past year.” 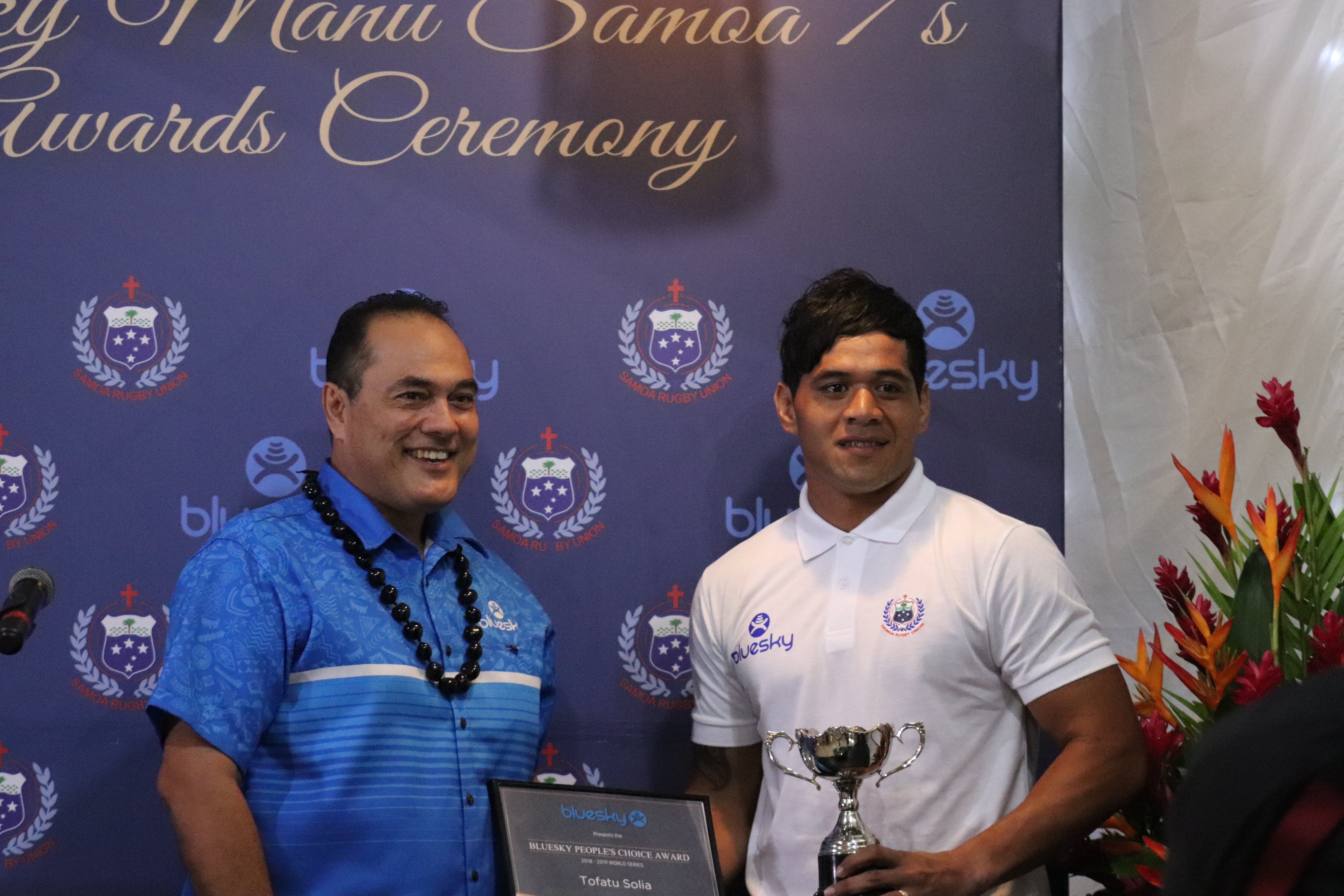 The BlueSky Samoa Limited award's ceremony was held at the Tanoa Tusitala Hotel and its guests included the Samoa Ruby Union C.E.O. Faleomavaega Vincent Fepulea’i, Ministers of Education Sports and Culture Loau Solamalemalo Keneti Sio, and the Minister of Communications and Information Technology, Afamasaga Rico Tupa’i amongst others.

S.R.U President and Member of Parliament, Namulau’ulu Sami Leota spoke on behalf of the Board and commended the coach and the team for the improvement in the last 12 months.

“On behalf of the board, I want to thank the sponsors, the private sector, the Samoa Government and BlueSky Samoa for their assistance since the beginning," he said. "I highly doubt we will be where we are without the assistance by BlueSky Samoa Limited."

The Manu Samoa 7s has the Pacific Games matches this weekend and qualification for the Olympics at the end of the year, added Namulau’ulu.

“One very important aspect from the Board’s perspective is the development of the local players is coming to fruition and looking at the team, a lot of local players are making it on the 7s international team and that is an achievement in itself.

“Not to minimize the contribution of our players from overseas but of our perspective and keenness is promoting local talents.” 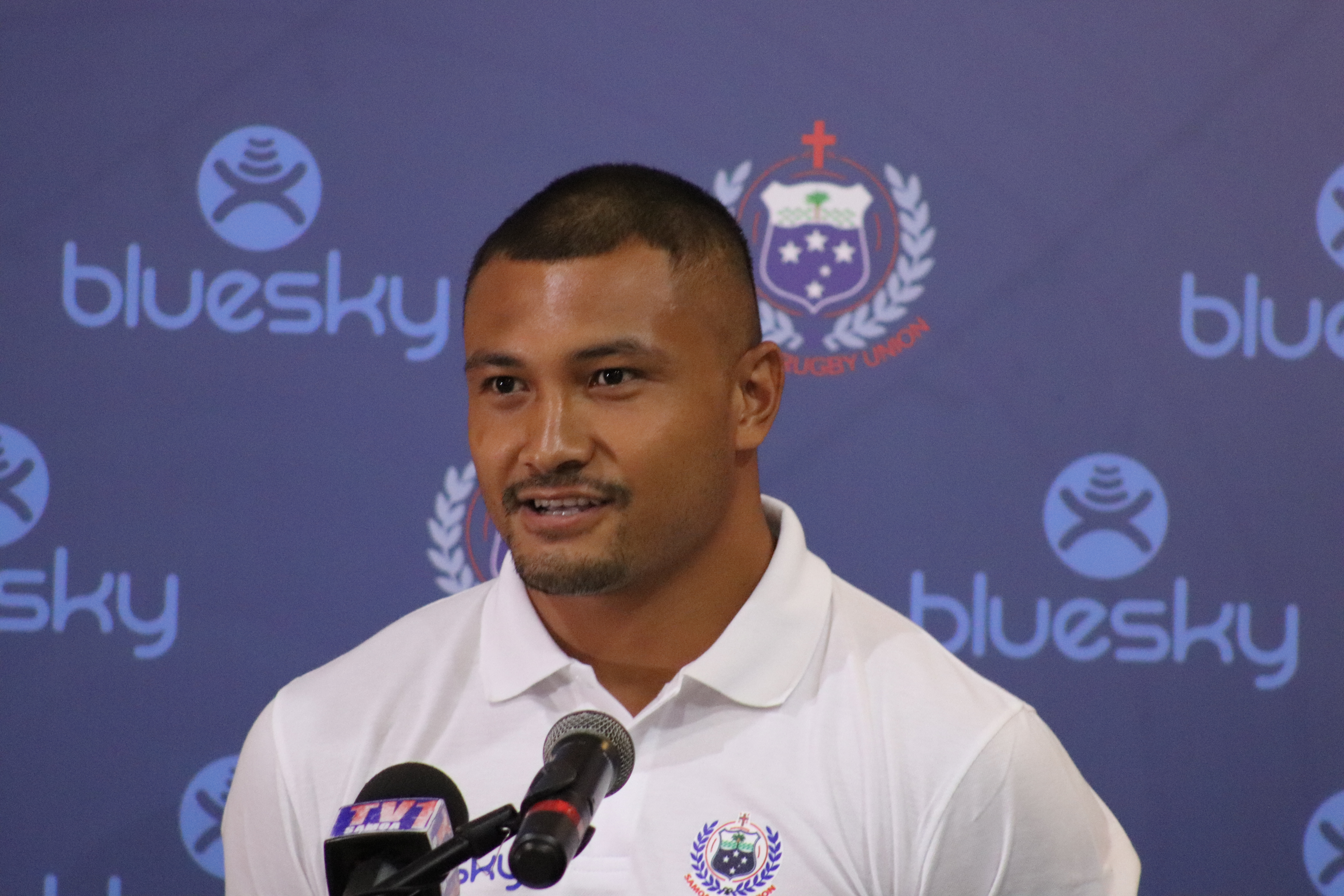 Namulau’ulu said Samoa Rugby Union was acknowledged during the recent Oceania meeting over the efforts placed on the amendments to the S.R.U. constitution.

“This is a sign of good governance and our financial reports are up to date, we are abiding by all their administrative rules and it’s a good reflection of the S.R.U. Chief Executive Officer and the management team,” he added.

The Manu 7s head coach, Sir Gordon, then thanked the sponsors for their contribution to his team's success.

“The highlight for me as a coach is having the players recognised for their performances, the players that were named in the dream teams, such as my Captain David Afamasaga, Tofatuimoana Salia, Johnny Vaili.” 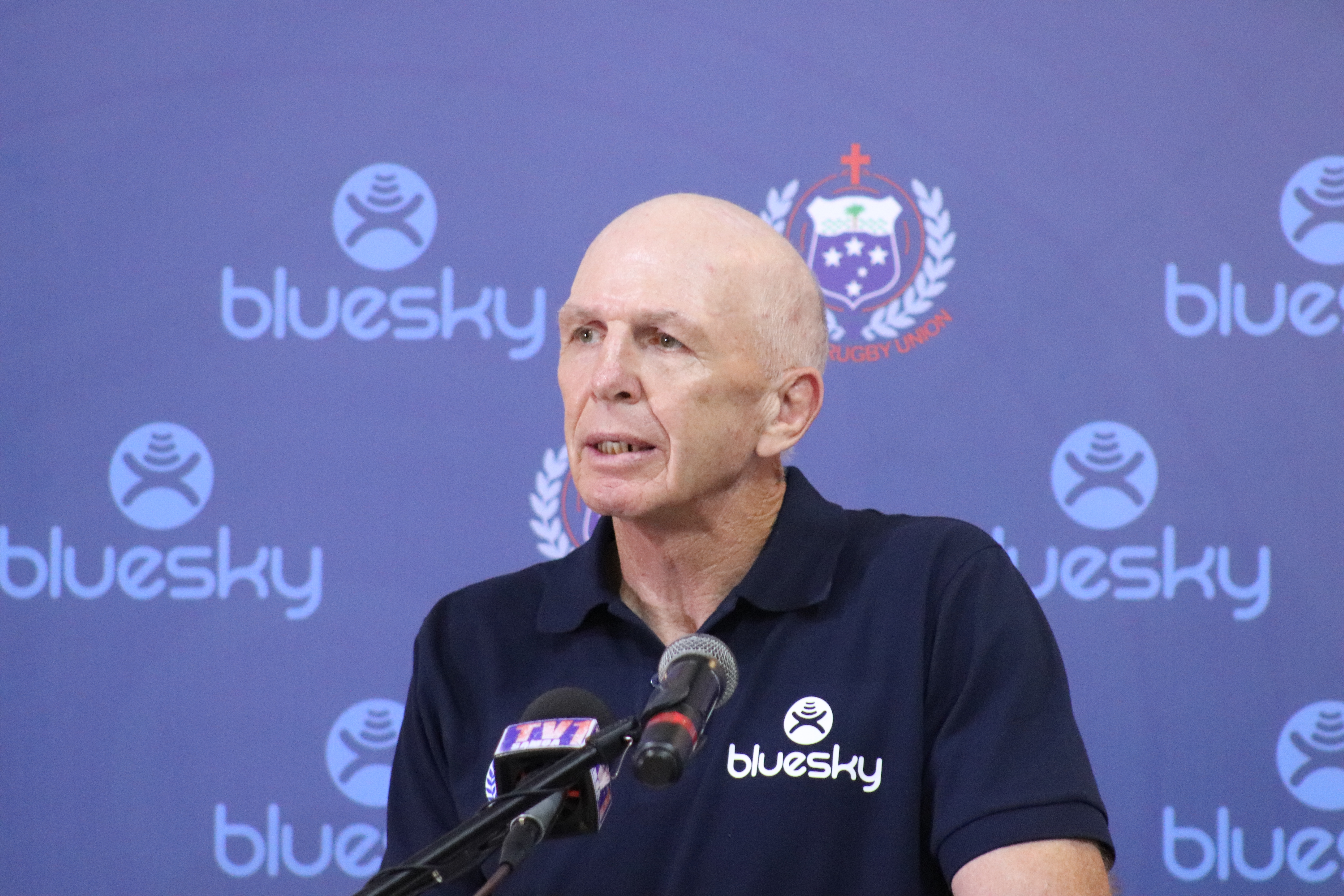 The people’s choice award, which was put to the vote on the official Facebook page of BlueSky Samoa Limited, was was awarded to Tofatuimoana Solia after he collected 500 votes.

Sir Gordon was also recognised by BlueSky for his commitment as the head coach and the improvement that the team has made under him.