Uelese and Toleafoa ready to take on their next opponent (Photo: Areta Areta )

The Samoa women's beach volley team is out of medal content after suffering two losses and recording only one win since the opening of competition.

Hila Asanuma and Holly Uamada of Palau put up a good fight and won the first set with 21-16.

But Uelese and Toleafoa came back fighting and won the third set 15-12. 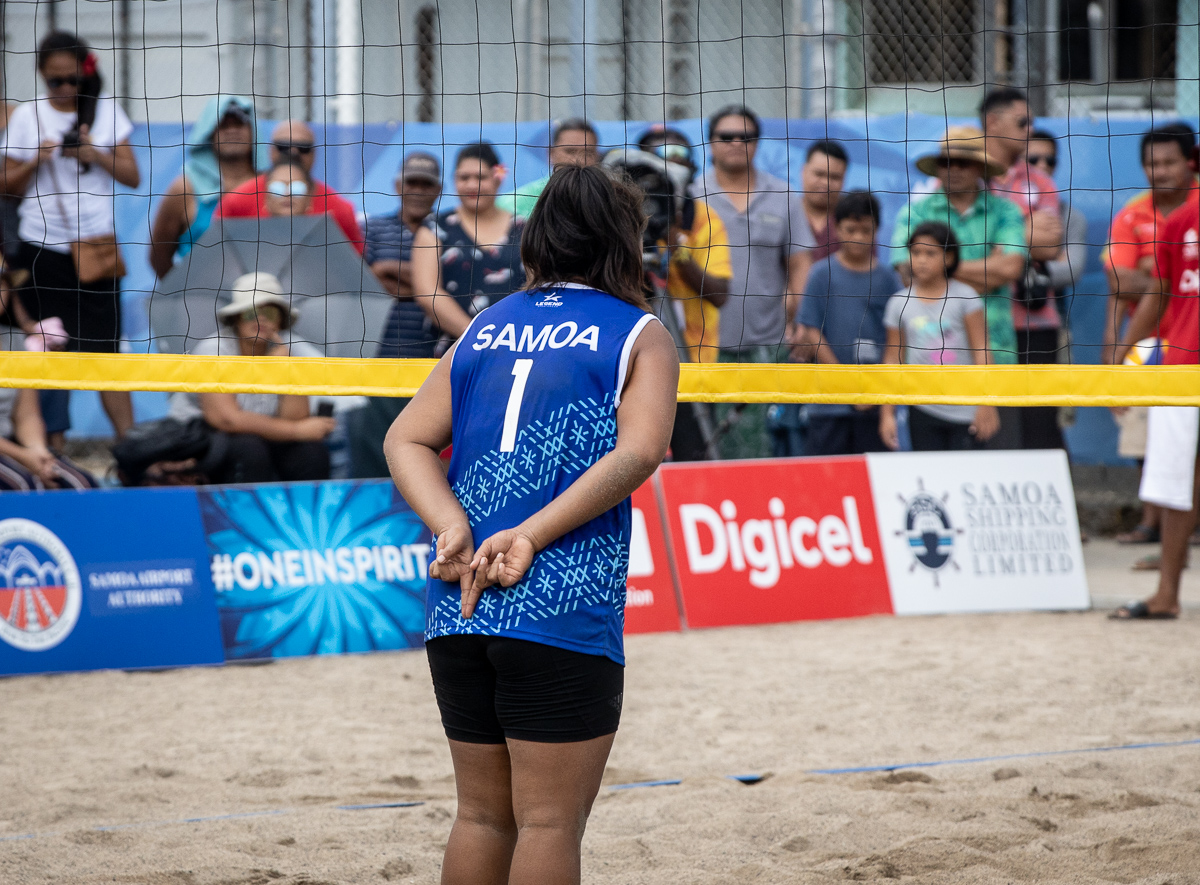 They beat Palau 2-1 Wednesday morning, but even that victory was not enough to keep them in medal contention, as they were beaten 2-0 in straight sets on Tuesday by the Marshall Islands.

"Yes it was a first win and a must win if we were to proceed on to the next level. 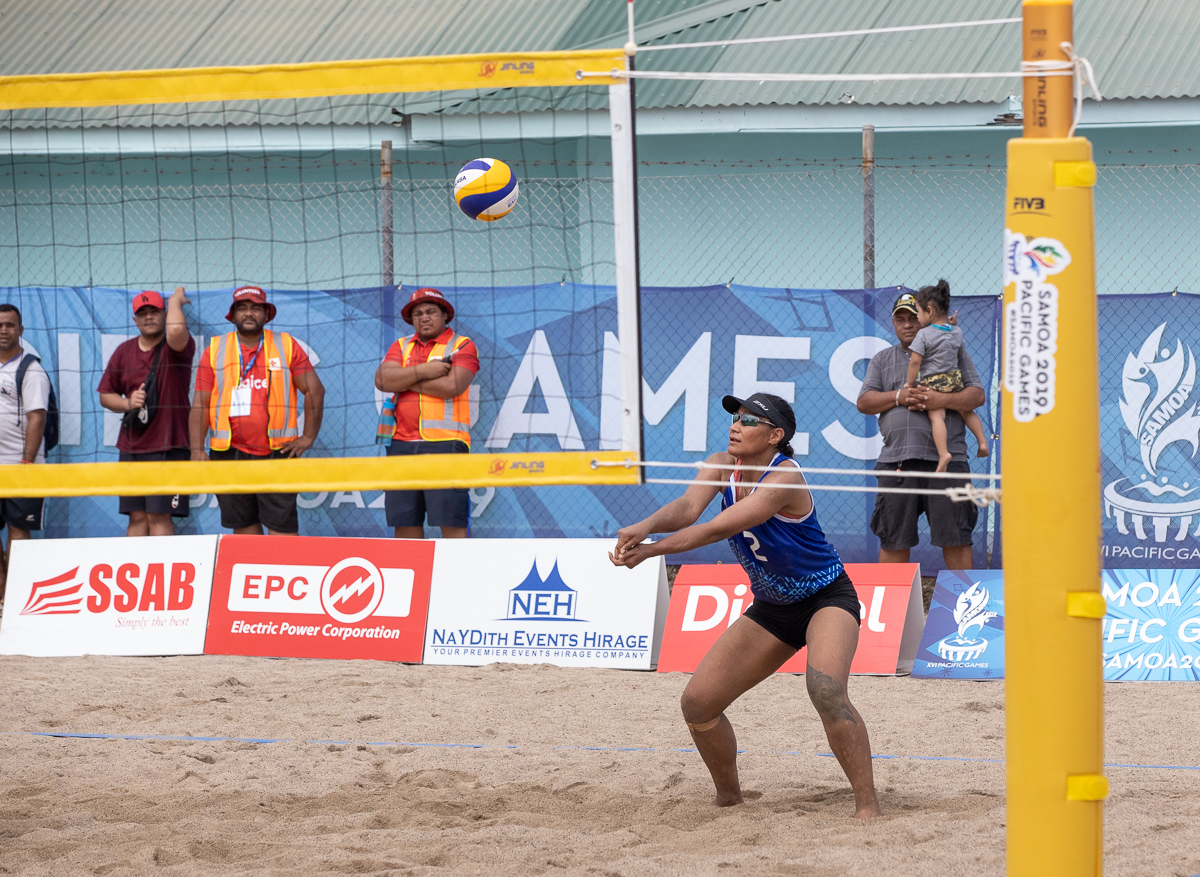 The pair said they will be going back to review and mentally prepare for their upcoming pool games before the start of the finals.

"The thing that kept us going was lifting each other’s spirit," said 38-year-old Toleafoa. 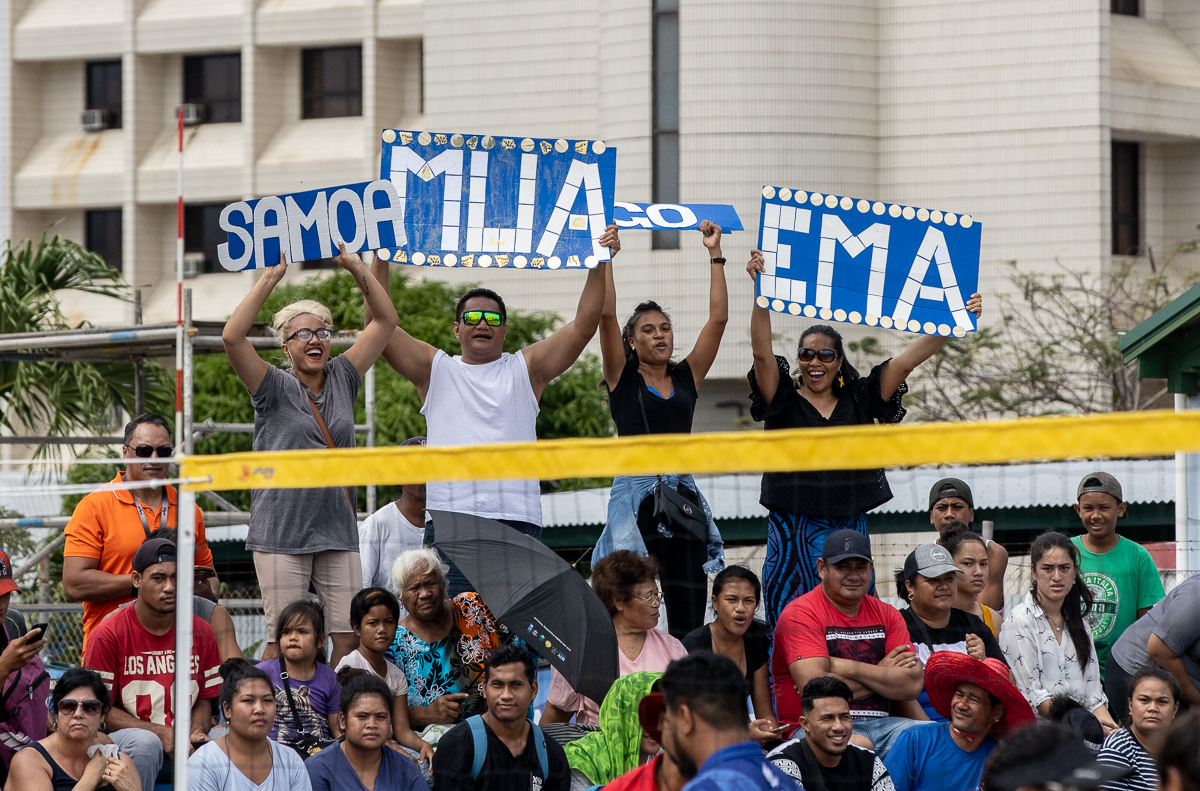