Getting back to shore after a tough morning, Vaimo'oi'a Ripley. (Photo: Sapeer Mayron)
Sailing

Vaimo’oi’a Ripley and Bianca Leilua maintained their front place position despite heavy winds setting them back individually on Wednesday.

Individually, New Caledonia, Australia  and Papua New Guinea are sitting in the top three, but Leilua and Ripley are keeping up in fourth and fifth.

Together, the team are in first place with just 45 points, followed by Fiji with 75, and New Caledonia with 76. 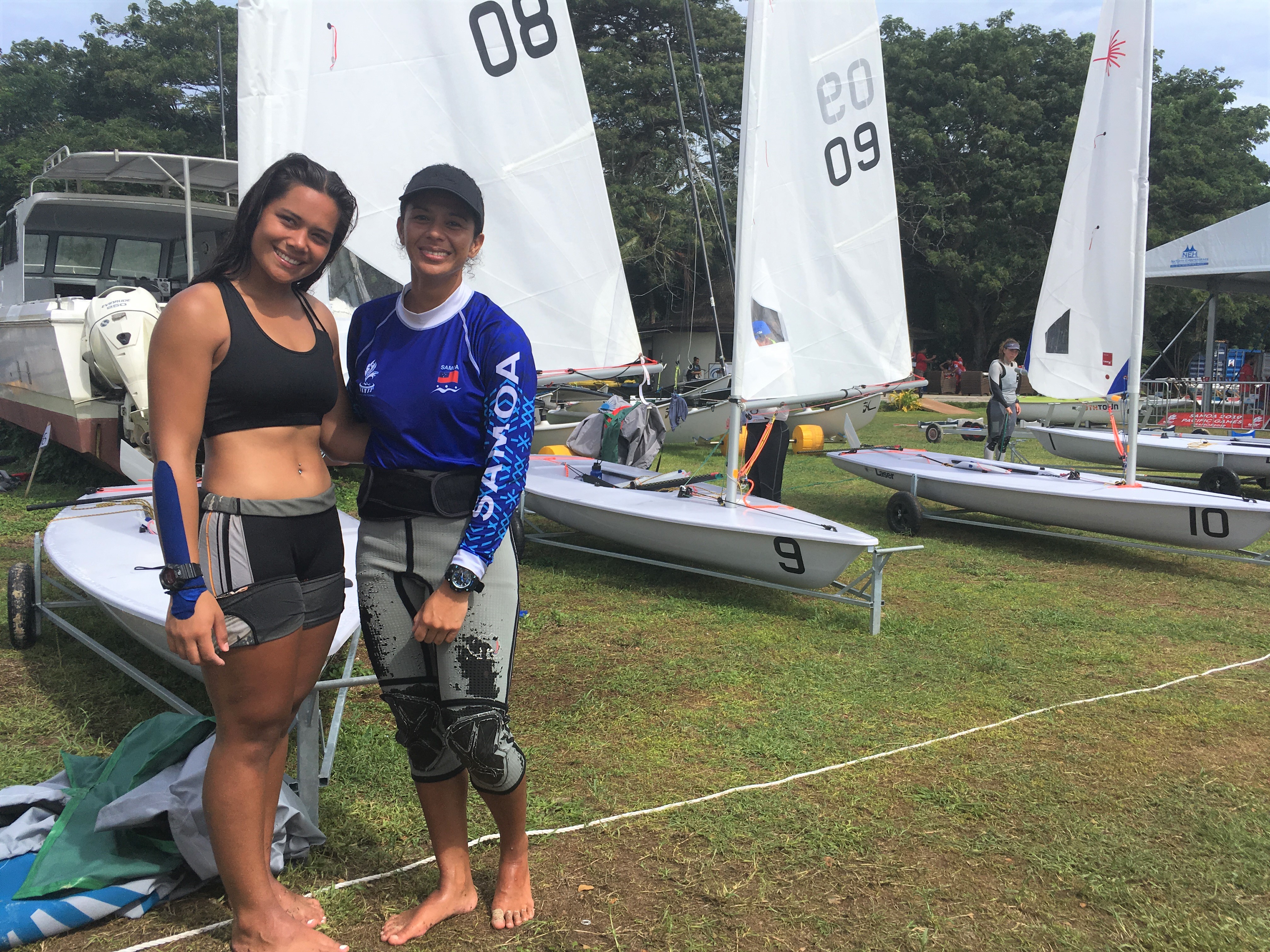 “Yesterday we were all just one point difference because we had first day jitters, I guess, and today we really fell back.

“I’ve got some reflecting to do with coach,” she said. “Consistency is key.”

The race was scheduled to start at 10am, but like so often happens in sailing, the wind wasn’t strong enough yet. They finally set out before 11, and the winds picked up with a vengeance.

“Waiting around kind of killed the nerves, but I am definitely happy the wind pick up because I was not looking forward to sailing in light conditions,” Leilua said. Her strong performance of fourth, third and second yesterday turned into two fourth placings today, possibly because of that wind.

“Yesterday for me was better, results wise,” she said.

“It was just slightly heavier conditions which are more of an advantage for other competitors which is maybe why I fell back, I’m not sure.”

Coach Vincent Peter said he was impressed with their performances over the two days. Before the race, he said he expect if the winds stayed light, the two would have ended up in the top three.

“It was very good yesterday. There is of course room for improvement, but that’s the thing – to be able to apply our knowledge to the best of your possible ability.

After day one, the pair better understand not only the course and the conditions but also their competitors, Peter said.

“It’s not a big fleet, just ten boats so it comes down to how well you can focus and sail your race.

“The conditions are what we have been training in, so they should be well prepared.”