Sports
Back in after their race, the women's six person va'a.` (Photo: Vaitogi Asuisui Matafeo)

In her first 500 metre sprint, Cairns came third, behind Guam and Northern Marina but ahead of Palau and Papua New Guinea.

She flew into first in her semi-finals against New Caledonia, Wallis and Futuna, and Palau, beating New Caledonia’s Marcy Manate by 60 seconds. 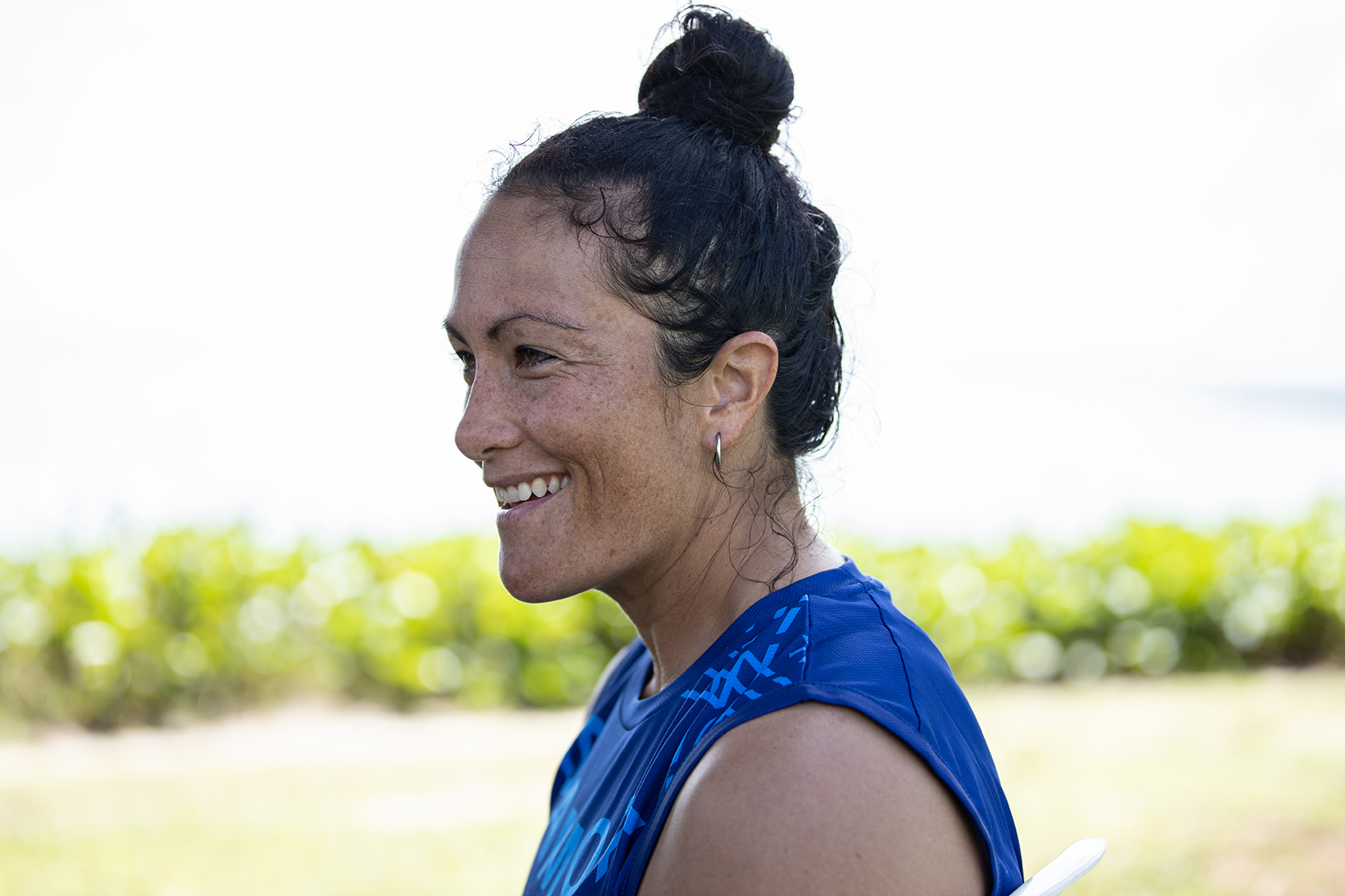 Cairns is a New Zealand based Samoan, from Nofoalii and Salamumu. She is a full-time firefighter, but still trains three times a day to prepare for her first ever Pacific Games in paddling.

She has previously represented Samoa in kayaking overseas since 2015, and it is her first time racing for Samoa, in Samoa, which she calls “a huge deal.”

“The big goal today was to get a spot in the final, and that is what I have done,” she said.

“V1 is a lot of these girls’ bread and butter, it’s not my number one sport.”

Tomorrow’s race is at 9:24, against Northern Mariana, Tahiti, the Cook Islands, Fiji and New Caledonia.

Cairns said joining the rest of the team has been smooth, and she has seen how much they have sacrificed to be in the competition.

“This is a really big deal, to have 12 and six represented so well is awesome and only one non-Samoan based too.”

After the Pacific Games, Cairns will travel to the ICF Canoe Sprint World Championshipsin Hungary to represent Samoa, and she hopes to qualify for the Tokyo Olympics, in an Australian race in February.

Representing the men’s side, Sataua, Savaii local Esera Aumua came second in the heats against New Caledonia and the Federated States of Micronesia, with Fiji being disqualified.

In his semi-finals, he came second, just six seconds behind first place but a massive 11 seconds ahead of third.

He said it was a tough race, but felt good, and is excited to be in the finals. 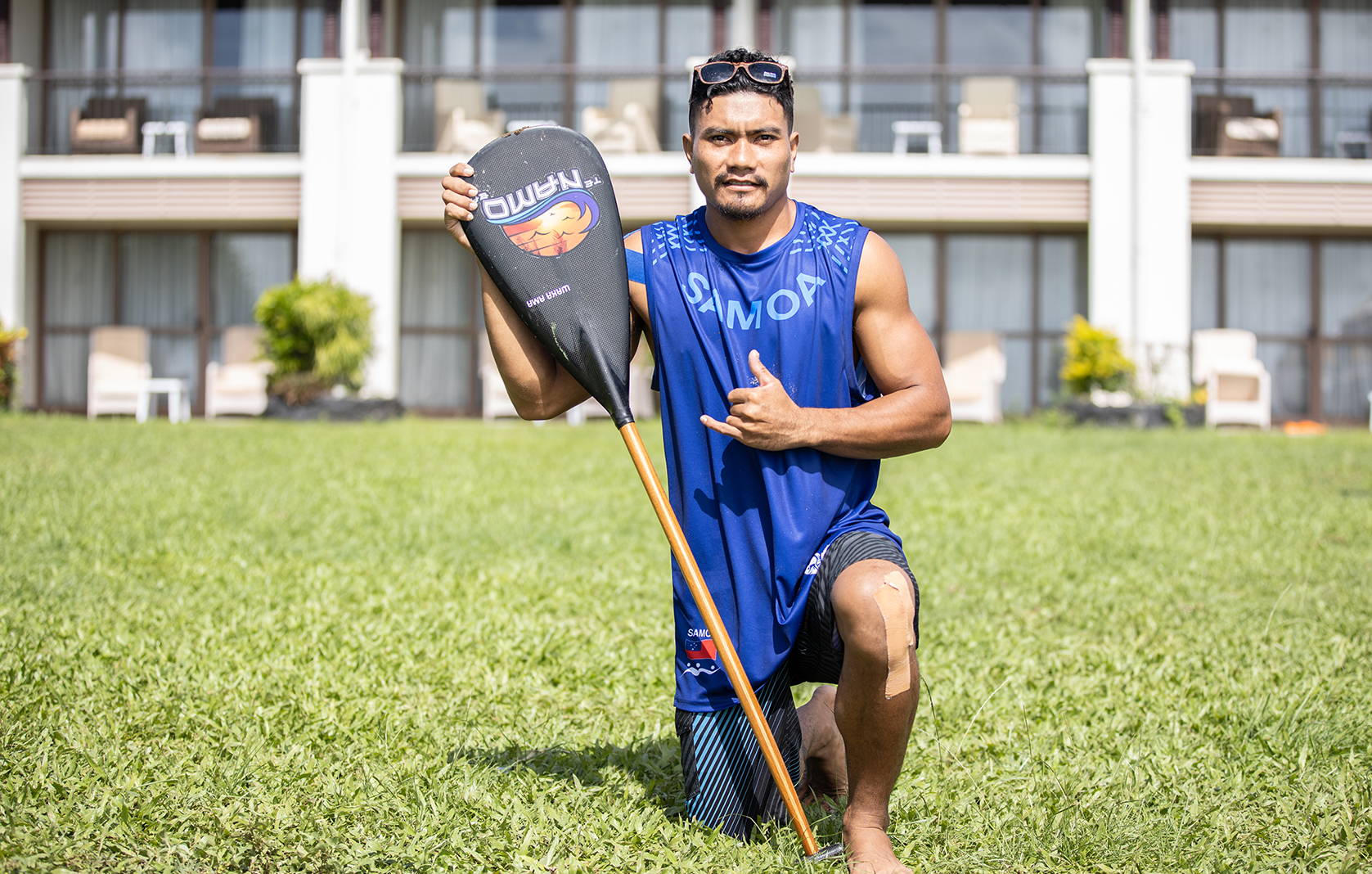 Aumua has paddled for seven years, and represented Samoa in Tahiti two years ago. That experience taught him a lot about how the expert Tahitians train and move in the water, which helped his performance in the Pacific Games.

He and the team had a tough race in the 12 person men’s race, where they came fifth.

“We were going up against the best, and we expected that.

“In the heats we were neck and neck with Wallis and Futuna and New Caledonia, and we gave it our best,” said team member Jonathan Porter, who also assisted with translation from Samoan to English for Aumua.

Aumua will race tomorrow at 9:36am against Wallis and Futuna, New Caledonia, Tahiti, Cook Islands, and Tonga.

Samoa’s men’s team successfully made it through the six person 500 metre sprint races semi-finals in the afternoon, and will race for medals at 9:12am against Wallis and Futuna, Fiji, New Caledonia, Tahiti and Tonga.

The marathon races begin tomorrow, and both men’s and women’s six person teams will tackle the 1500 metre races from 9:48am, with finals scheduled from 12:28.