Athletes have embraced the plastic free zones that the Pacific Games organisers have declared around various venues, and are using their own water bottles to get water from coolers.

A number of athletes that the Samoa Observer interviewed said the setting up of filtered water stations at the Games venue was a good idea and enabled both the athletes and members of the public to access it. 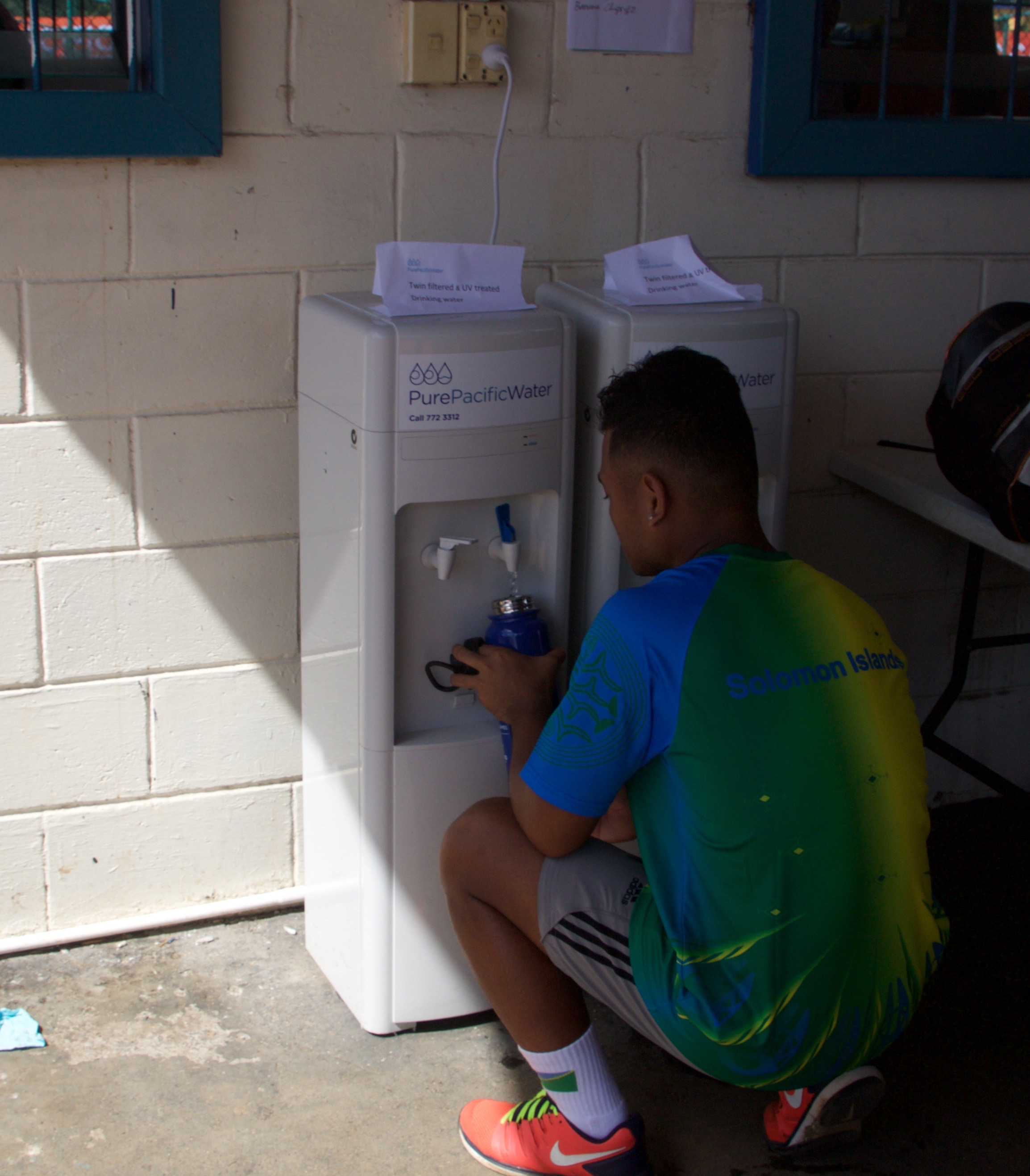 Elizabeth Hertick from the Norfolk Island said it was good for the Games organisers to set up the purified water refilling stations, but it should also been done at the stadium where a lot of games are being held.

“Well it's better that Samoa have the idea of allocating filtered water in all the stadium where the games are,” she said.

While there is a ban on the sale of plastic water bottles during the Games, Ms. Hertick said it would be better for people to use their own water bottles and not disposable plastic bottles. 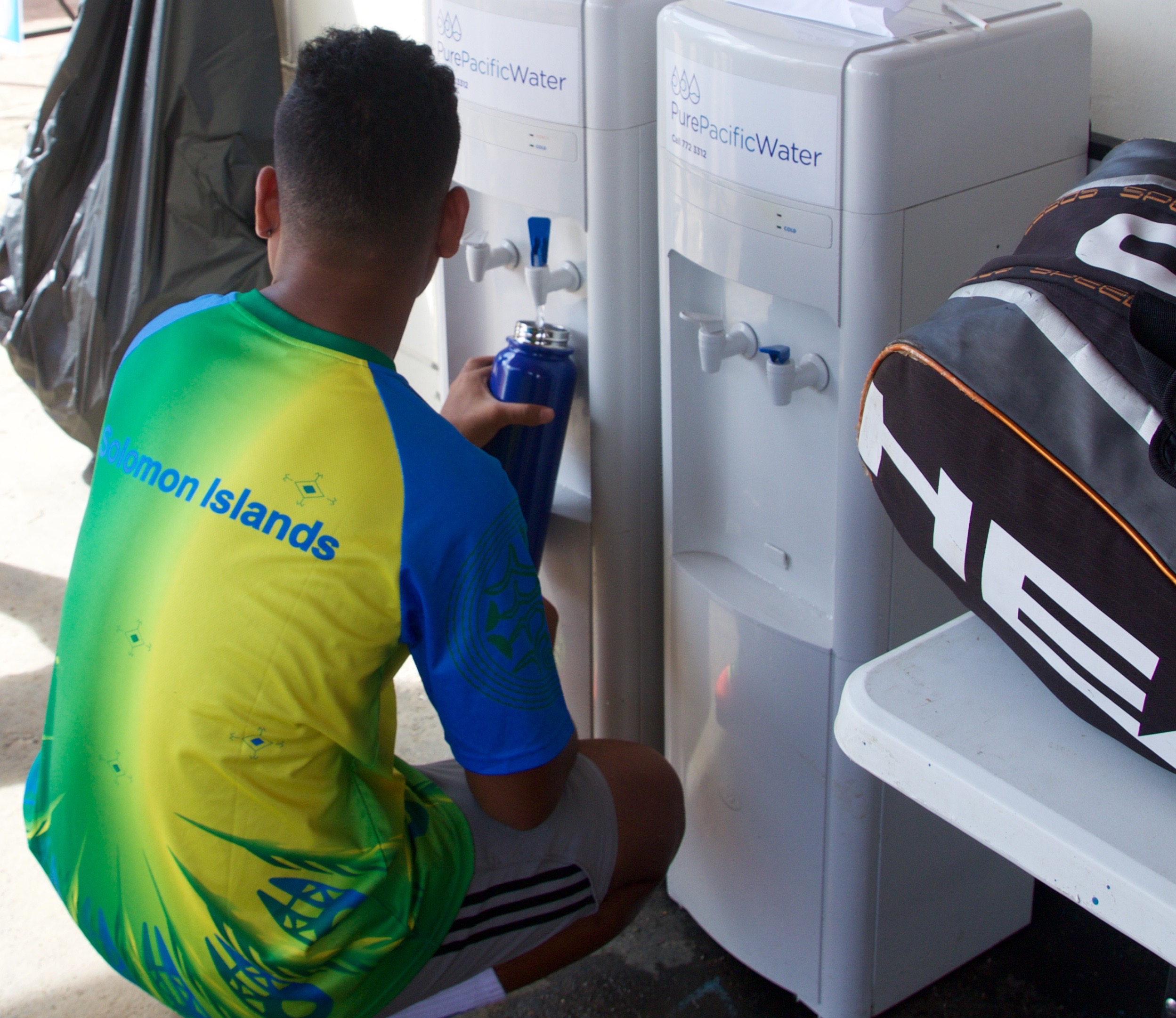 Babai Leong, 18, of the Solomon Islands said it was good to have access to free filtered water as it means they do not have to spend money to buy water bottles.

“Having a filtered water is nice because we don't send money to buy water but its already standby,” he said. “I think it's good that we have our own water bottle and water here is free we can use it and its nice.”

Fabian Dinh of New Caledonia expressed similar sentiments, saying it is good that the Pacific Games Office is providing filtered water at the various venues.