Both the Fetu Samoa and Toa Samoa 9s teams remain in with a chance of a medal on Tuesday despite their up-and-down form on Day One of the Pacific Games Rugby League 9s tournament at Apia Park.

After persistent rain over the last week or so and a majestic opening ceremony the night before, it wasn’t long before the pitch at Apia Park was an absolute mudbath. 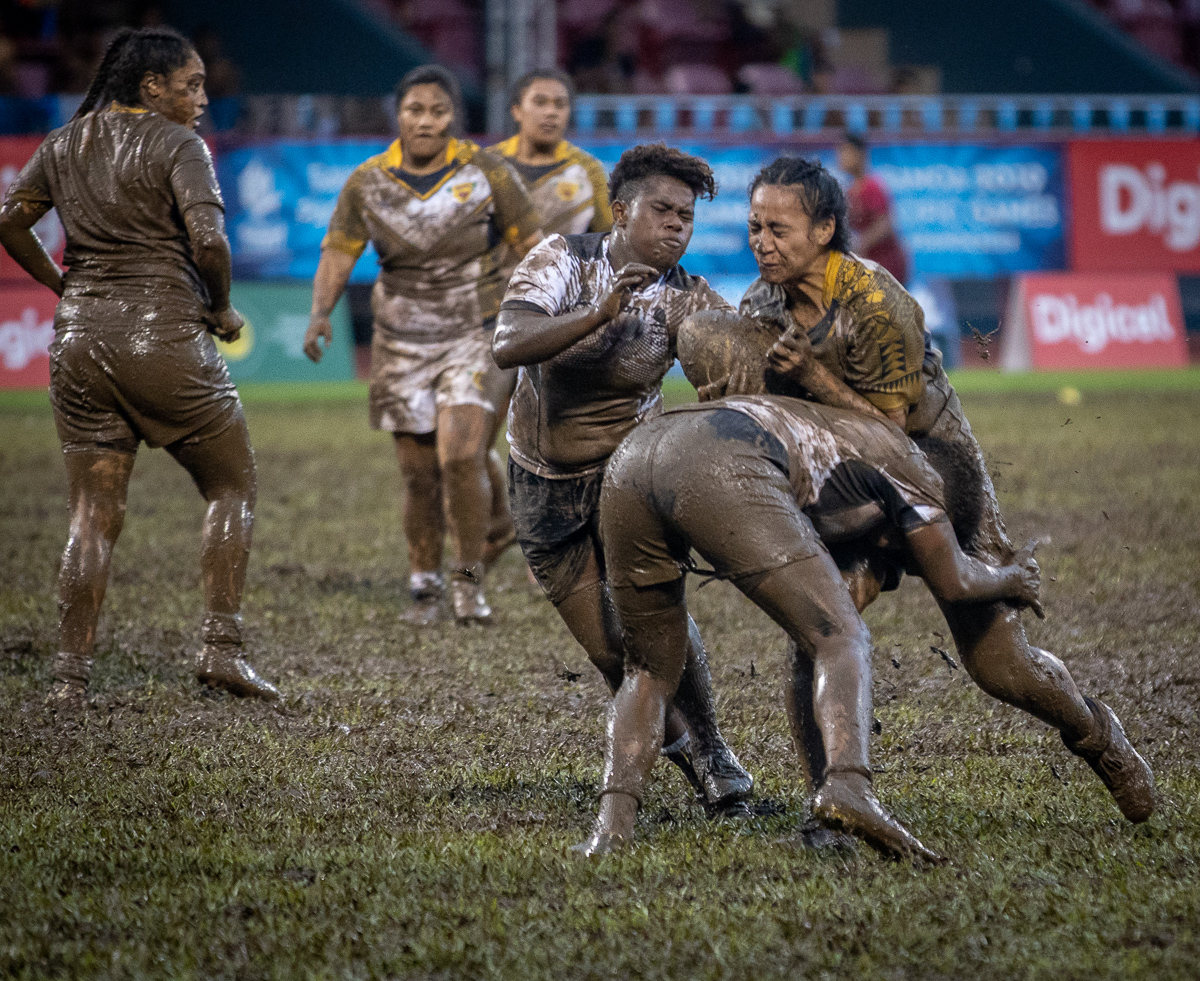 All the eight nations involved struggled in the conditions, and both of Samoa's teams lost their opening games; the Fetu 16-12 to Cook Islands and the Toa 14-12 against Fiji.

Fetu co-captain Luisa Gago of Avao and Fagaloa said her side were a bit shaky in the loss.

“I think because it’s our first time playing all together.

“We were really disappointed, and that’s why we wanted to come out for our second game and just play stronger."

They did just that, winning comfortably over the Solomon Islands to earn a spot in the semifinals against Fiji. 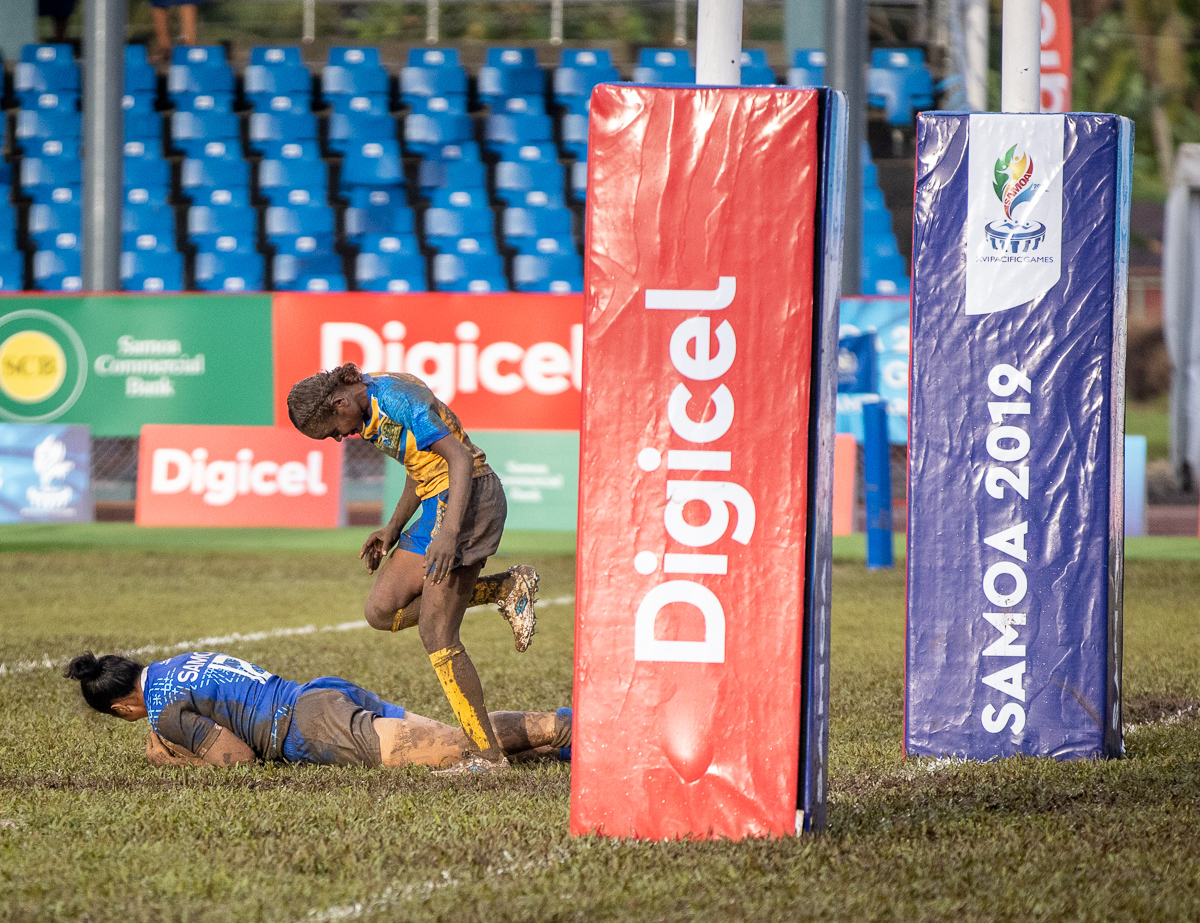 “I really think that second game we really pulled through together, there was not that many errors and we’re looking forward to tomorrow," said Gago.

She said they needed to bounce back, and were glad to finish Day One on a high.

“We really wanted to come out and play on our home soil and give our supporters a good game."

Born and raised in Auckland, NRLW New Zealand Warriors second rower Gago is playing rugby in Samoa for the first time, as are a lot of the players.

“That’s why it’s huge for us, because we really want to get the gold for our families, for our villages, for Samoa," she said.

“And especially to grow the game here in Samoa."

Gago would never have pictured her home country debut looking like it did.

“It’s probably the hardest conditions I’ve ever played in, especially in this heat too. 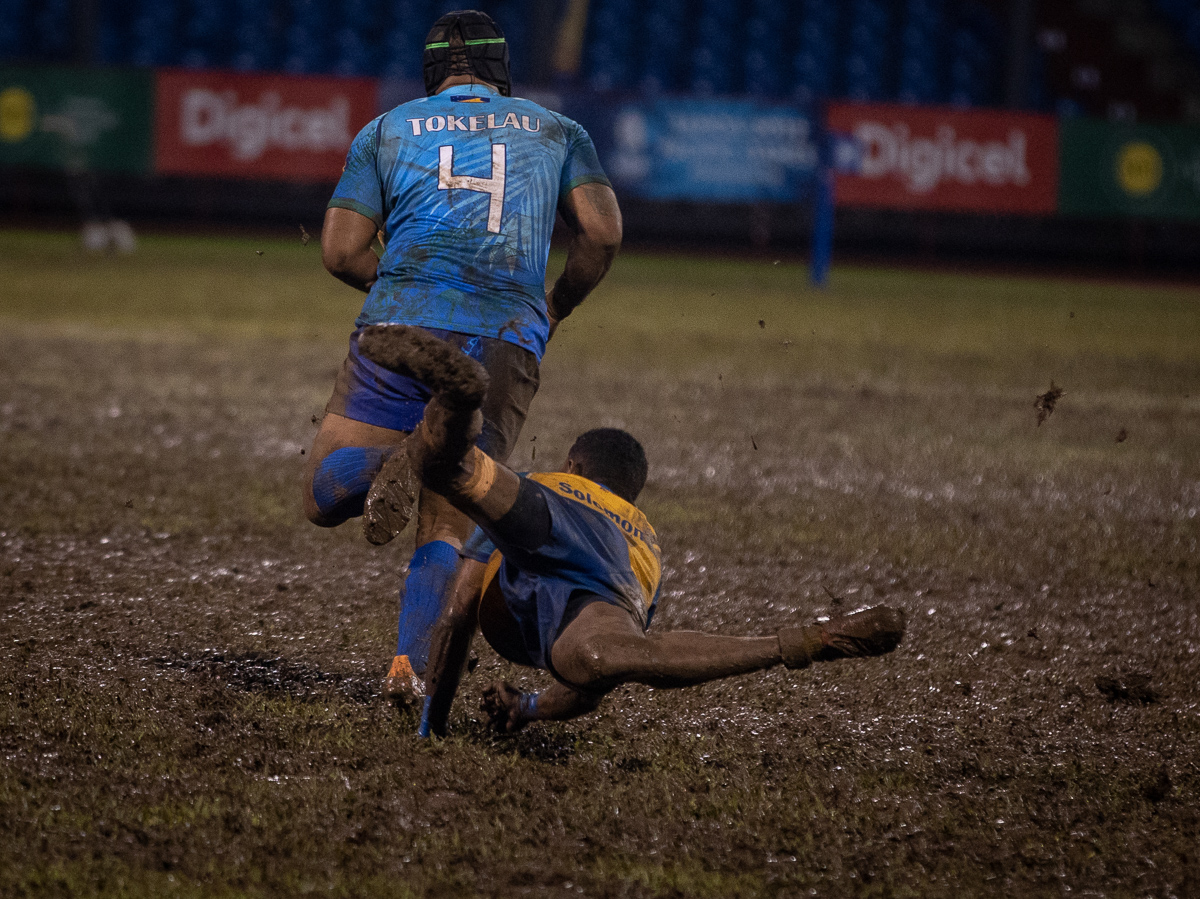 “That’s just when we all need to dig deep and push."

Toa Samoa 9s had similar struggles with the weather and field, managing a win over Tonga and a loss to Papua New Guinea out of their remaining two fixtures, just enough to keep them in the medal hunt for Day Two. 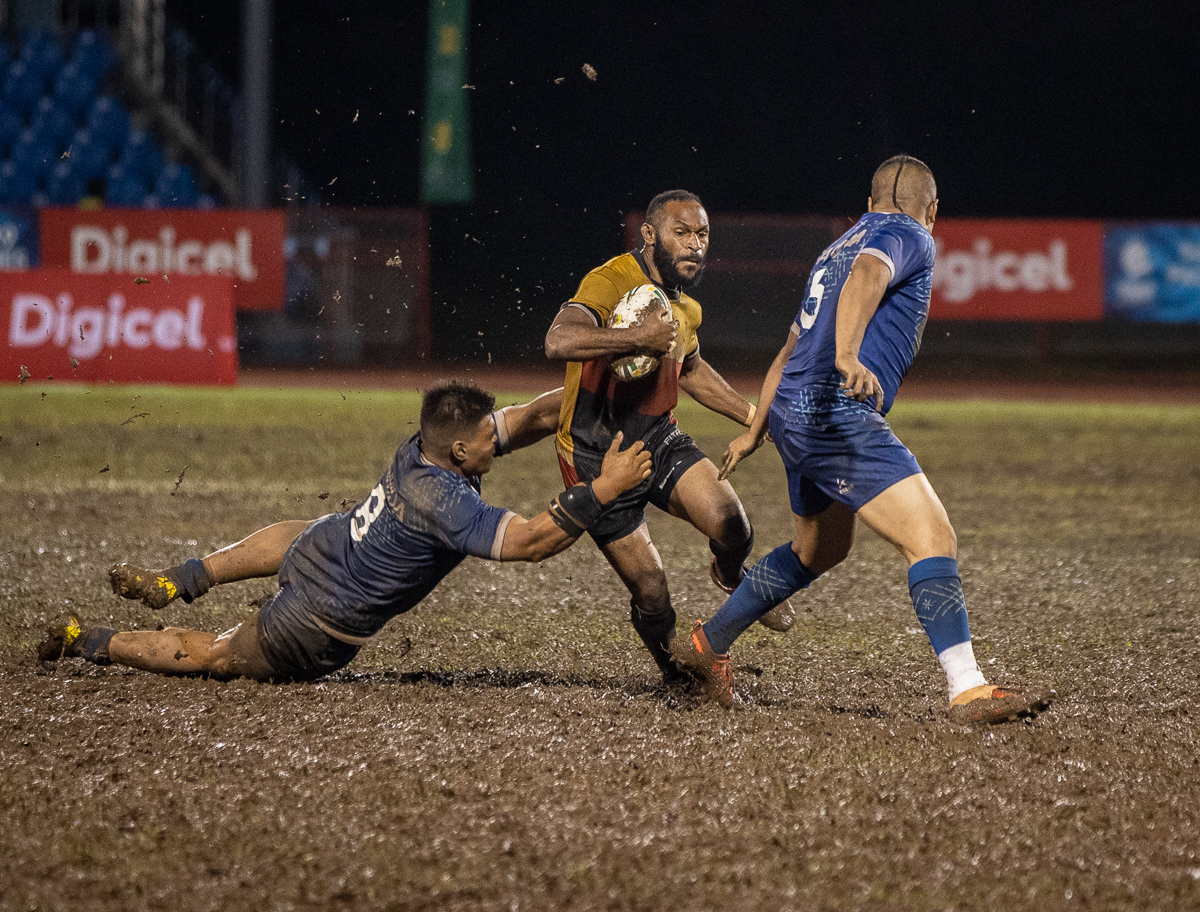 Coach Ponifasio Vasa said they had a plan B for this sort of weather.

“We’ve seen in the past that there are some days like this."

He said they team made a lot of silly mistakes, but he is confident they can polish things up for Tuesday. 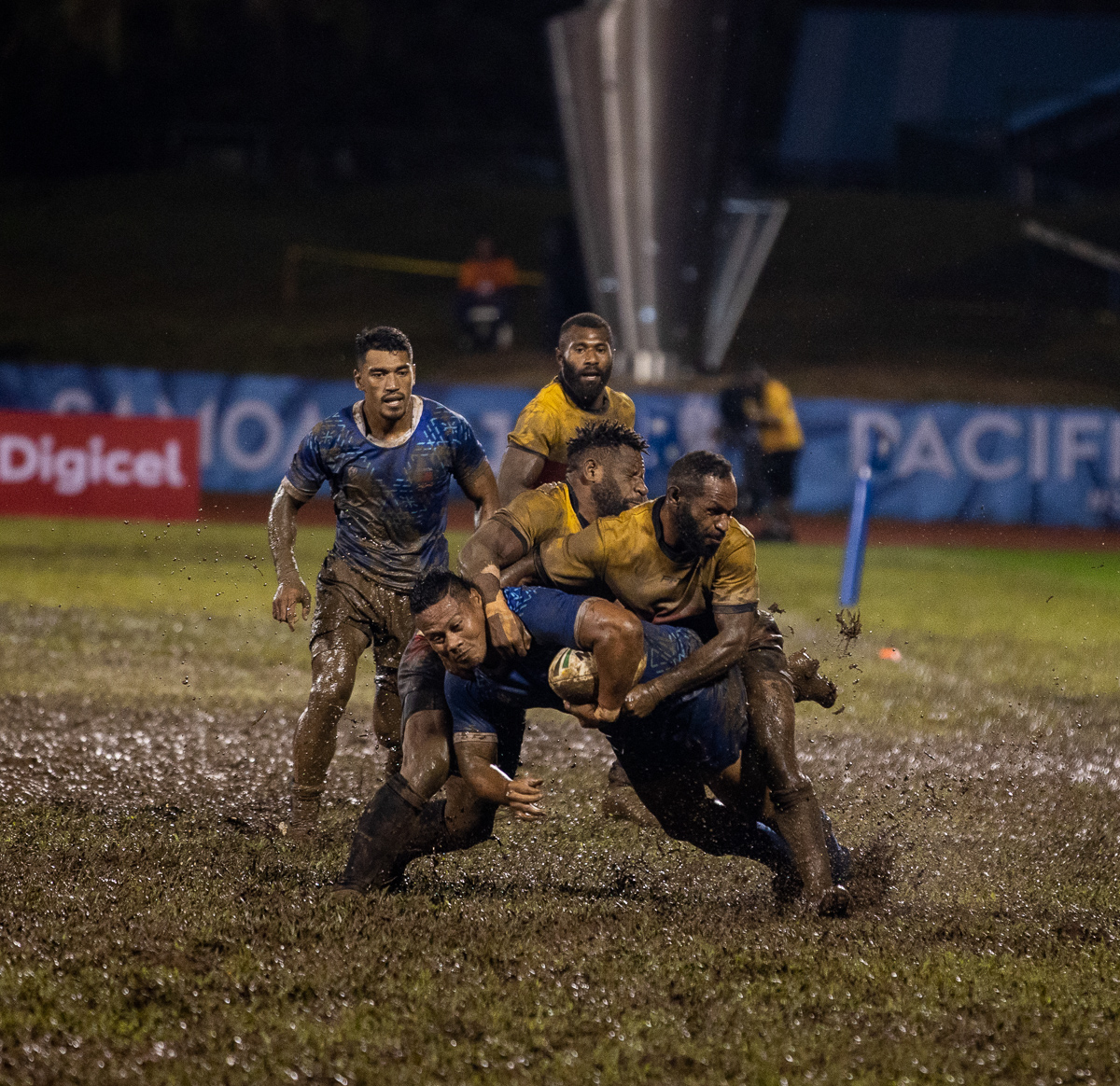 “Everything is fixable, and it’s just a matter of trying to find a way to work with the players.

“Obviously we don’t have much time to train, but we’ve been working really hard and we’ve come a long way."

Vasa said the rain and mud makes everything that much harder for all teams. 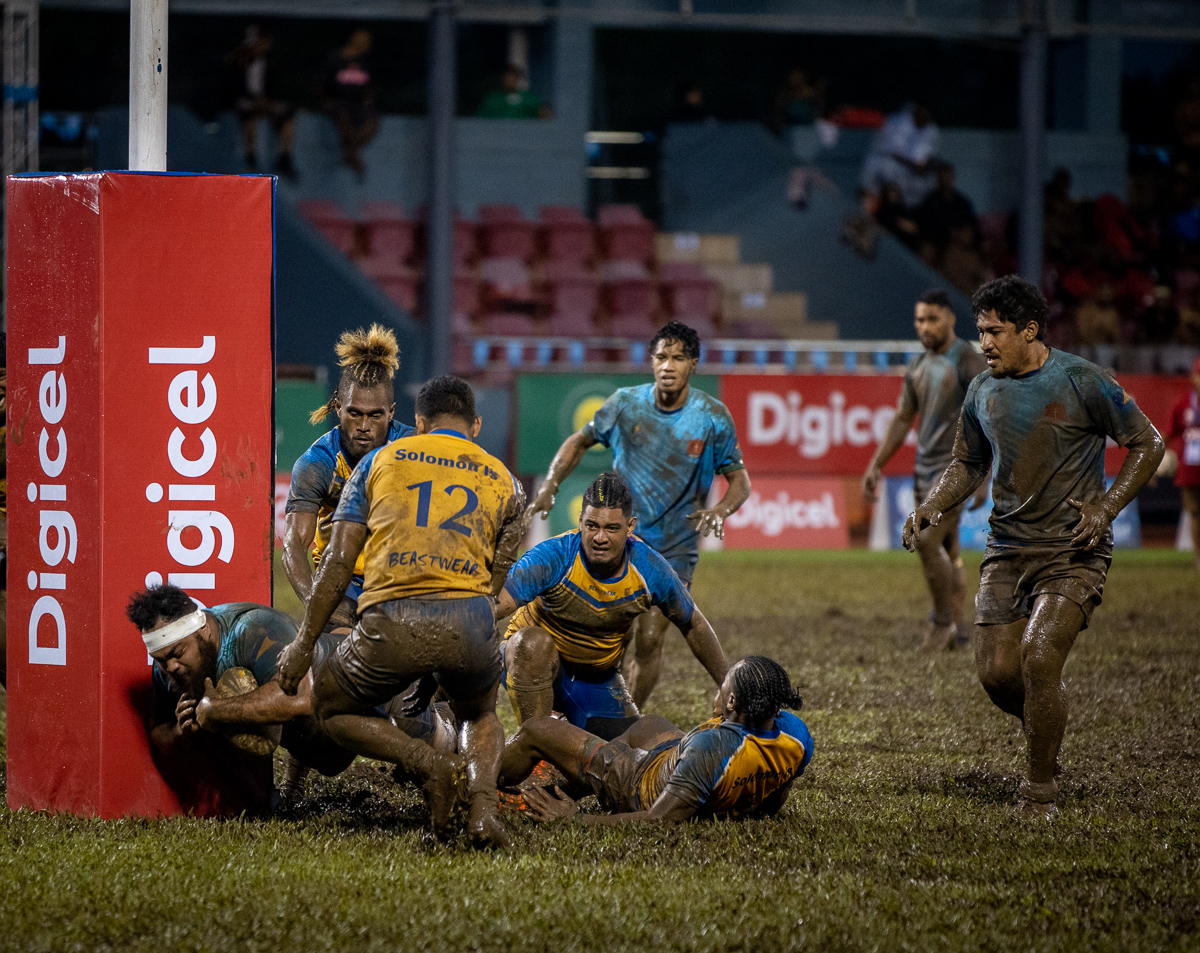 “Anything can happen in such conditions.

“As much as we want the boys to do this and do that, it’s hard for them."

He thanked the Lord for the opportunity to play, and said they are hoping to draw a bigger crowd on Tuesday to push the team on to a medal. 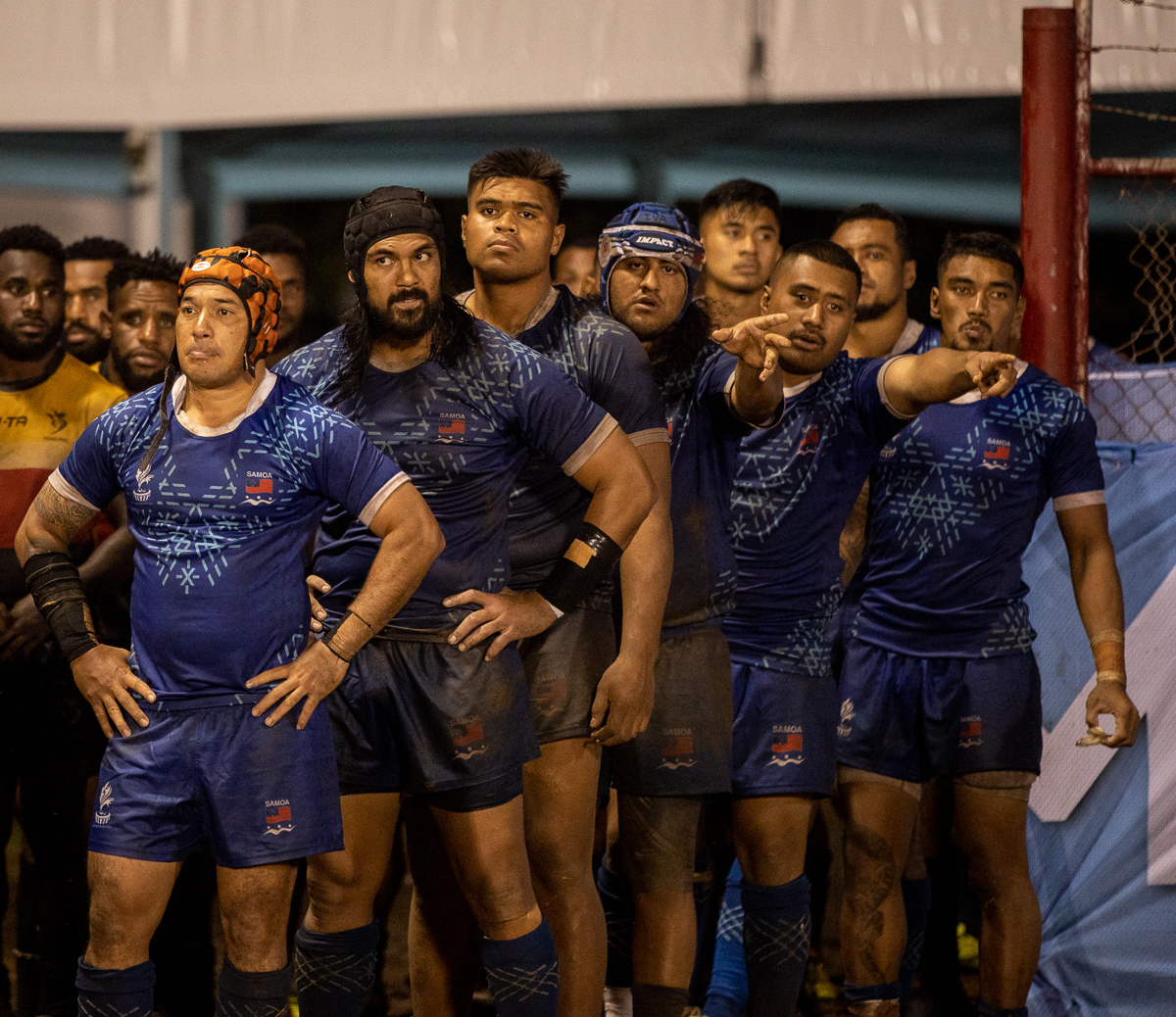