Samoa's squash team off to a good start

One of the Samoan squash player for the men's team, Ivan Chewlit. (Photo: Misiona Simo)

Coach for Samoa’s men’s and women’s, Paul Wright, said his team had a good start, considering the pressure of playing infront of their home crowd.

“Some of our players work daily jobs but squash is their passion and sport but it’s not their profession, I think that we’re squeezing a lot out of them," he said. 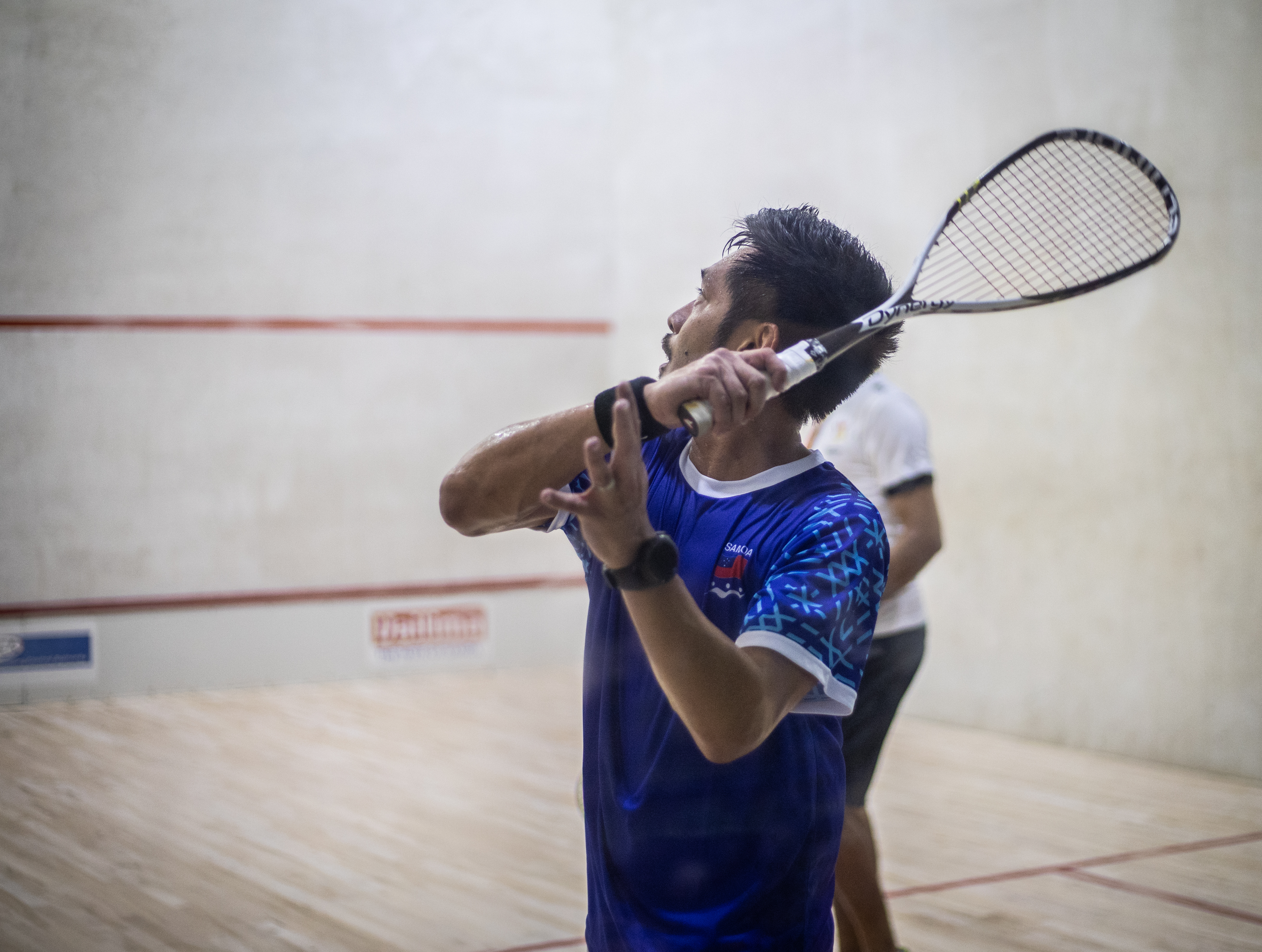 “In terms of the women’s preparations we have done the best we can do with a group amateurs we have a couple of newbies, Lupe Sefo, who is playing her first match for Samoa."

He said that he won’t pretend they are going to be the best team but he is looking forward to his teams playing well.

"We have a long way to go with the team’s event, individual event, both men and women - it just depends on the luck of the draw but our team is dangerous.

“They will beat people they are not expected to beat and in terms of difficulties and challenges there will be always be obstacles but then my team will overcome them and that will highlight their strength.”