Tennis deferred due to heavy rain

Bad weather disrupted the first day of tennis competition in the Pacific Games and disappointed athletes at the tennis courts at Apia Park yesterday.

The decision to postpone the games was made by the referee and overseer of the tournament, Steven Gibson, said the sports competition Manager for Tennis, Tagaloa Yvonne Carruthers.

Tagaloa said that the competition started with one round for the women’s teams competition, but due to heavy rain it had to be cancelled and deferred to Tuesday.

“This week is the teams’ event which features two singles and one double for both men’s and women’s from 14 pacific countries including Samoa who will be placed in four pools.

“Whoever tops each pool will go to the semi-finals so at the moment we are having a round robin so every team play against each other.

“Samoa had their first game where Eleanor Schuster won her singles game against Northern Mariana Islands,” she said.

“This morning I played against Tonga in the singles but then it started raining so we had to wait for the rain to stop but it kept raining which led to the games getting stopped for the whole day.

“The rain disrupting my game earlier was quite upsetting there was so much preparation we came with together with excitement but it was all ruined by the rain. 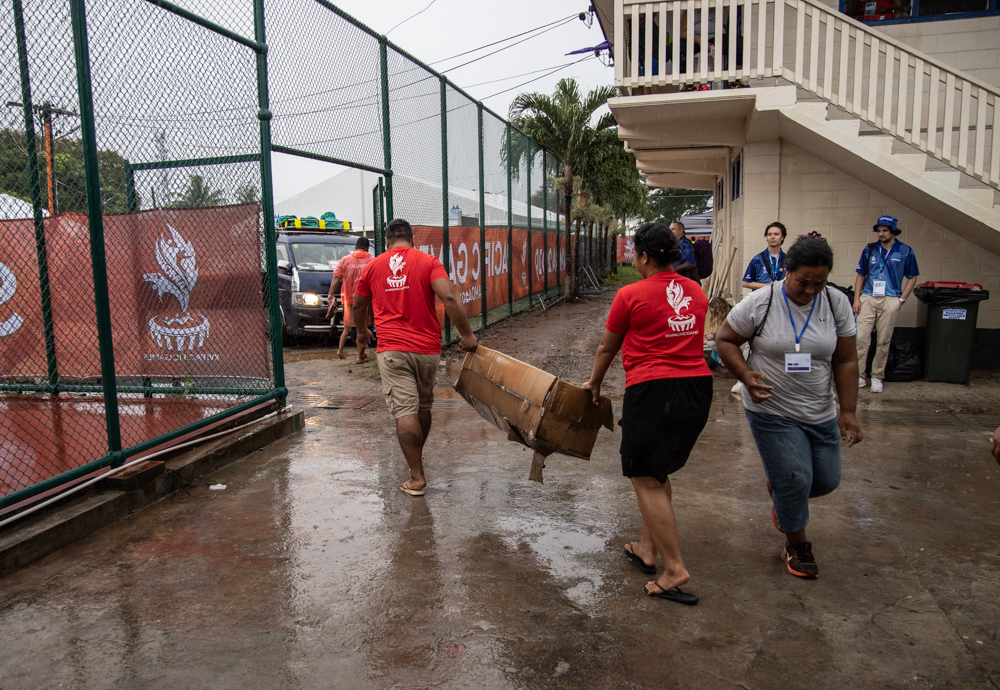 “I wanted to finish that match, it was a bit frustrating to wait but in the end we could not continue, there is a a total of four girls and four boys for our tennis team competing,” she added.

The Tongan tennis team team manager, Tuai Finau, also expressed his frustration with the bad weather and its impact on the competition.

“In my own perspective the athletes were really looking forward to the competition but then there’s nothing we can do about it if it rains.

“The Lord knows everything and I think there must be a reason why it rained. The official postponing the tournament was a smart move because we do not want any of the athletes getting sick.

“There are a total of eight players on our team competing with four each for girls and boys. Our team was scheduled to play earlier today at 8:00 am but then it got delayed to 9:00am,” he added.