The National University of Samoa has terminated the services of Kenyan national, Embiruka Osborne Nyandiva, who was recruited as a Senior Lecturer for the University's School of Medicine.

The decision was confirmed by the Minister of Education, Sports and Culture, Loau Solamalemalo Sio.

“He should have never been hired in the first place," Loau said.

“It was clear that due diligence was neglected in this matter. So we have made the necessary changes to assure this nonsense does not repeat."

In May, Osborne was suspended by the N.U.S. pending an investigation and report from the Samoa Qualifications Authority (S.Q.A.) on his credentials.

According to the S.Q.A. report, the degrees he submitted “are all not authentic."

This was the conclusion of an investigation in response to a request from the Ministry of Health (M.O.H.) and the National University of Samoa (N.U.S.). 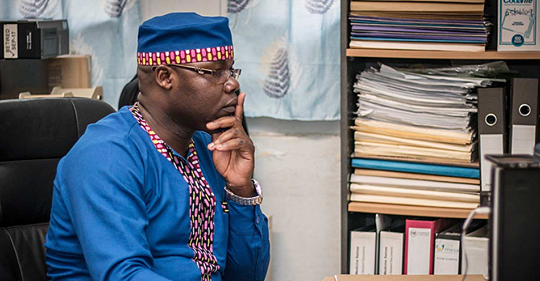 The Authority's report found that they are “not authentic qualification(s)”.

The Minister reiterated his disappointment on this matter in an interview with the Samoa Observer.

“This man was hired by the V.C. under his authority to hire and fire staff at the N.U.S. and there will be changes to that aspect of the authoritative lane allocated for the V.C. of the University.”

This came to light when the Director General for the Health Ministry Leausa questioned the report submitted by Osborne who did “laboratory work” for the hospital.

“And the reports submitted appeared questionable and this prompted the query with the N.U.S. which was later extended to the Samoa Qualification Authority,” said Leausa.

It was not possible to get a comment Fui at press time.