P.M. credits Samoa’s “one in spirit” for spectacular opening ceremony

And with the spectacular opening ceremony at Apia Park last night, Prime Minister Tuilaepa Dr. Sa’ilele Malielegaoi has hailed Samoa's "one in spirit" which allowed the nation to band together to welcome thousands of visitors to Samoa in style.

The Head of State, His Highness Tuimalealiifano Vaaletoa Sualauvi II, declared the Games officially opened. The Samoa event has been declared the biggest Pacific Games in terms of numbers, with more than 5,000 athletes and officials registered to take part. 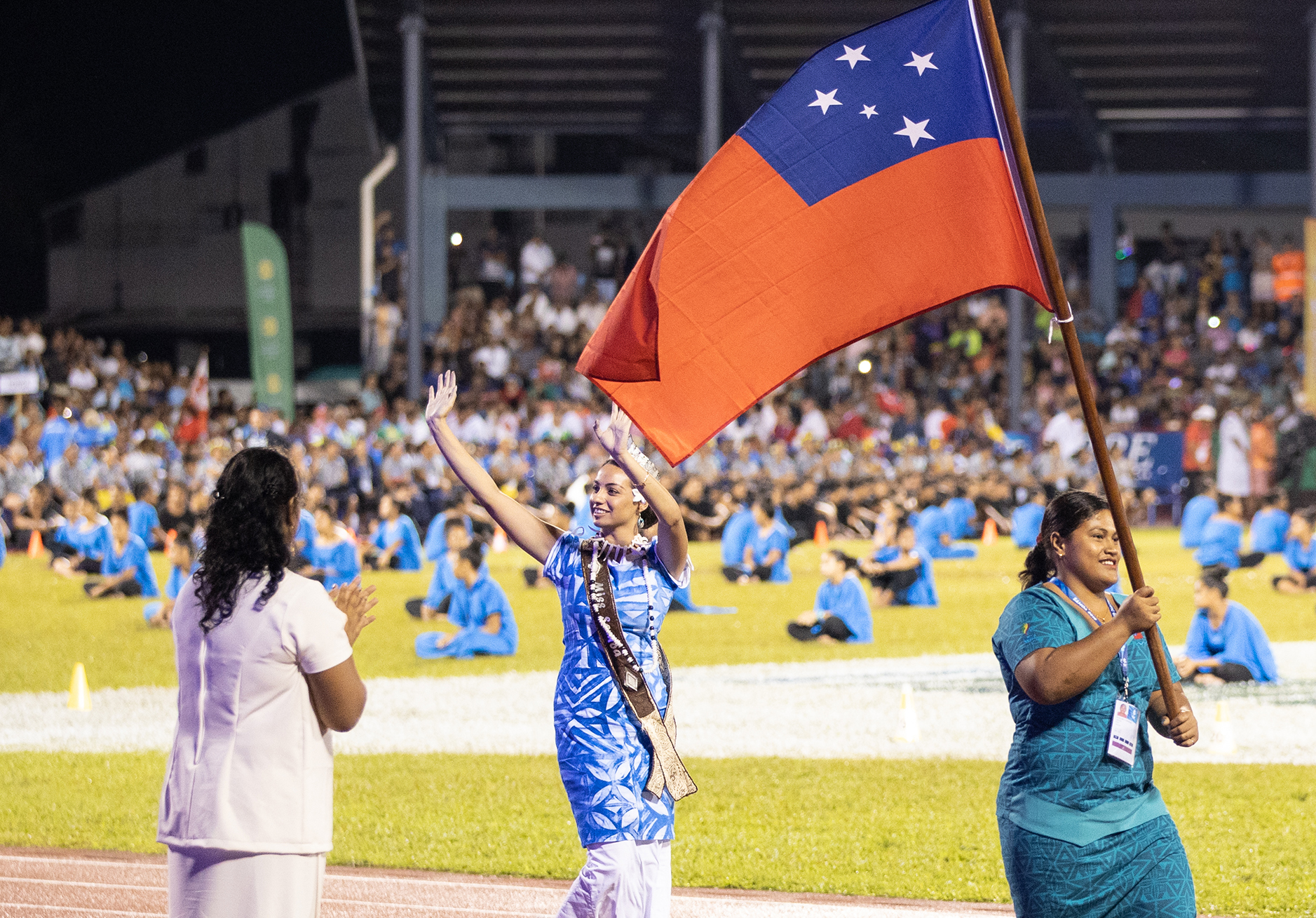 Prime Minister Tuilaepa welcomed all the athletes and officials to Samoa.

“We acknowledge this event was initially awarded to Nukualofa, Tonga,” Tuilaepa said. “Samoa took this rare opportunity to host such an auspicious event. I know the teams in all 27 sports are here in readiness for the competition.”

The Prime Minister said the role of sports in showcasing the nation and shaping Pacific regionalism is powerful and cannot be understated.

He also acknowledged the role of Samoa’s development partners, including China in making the games a reality. 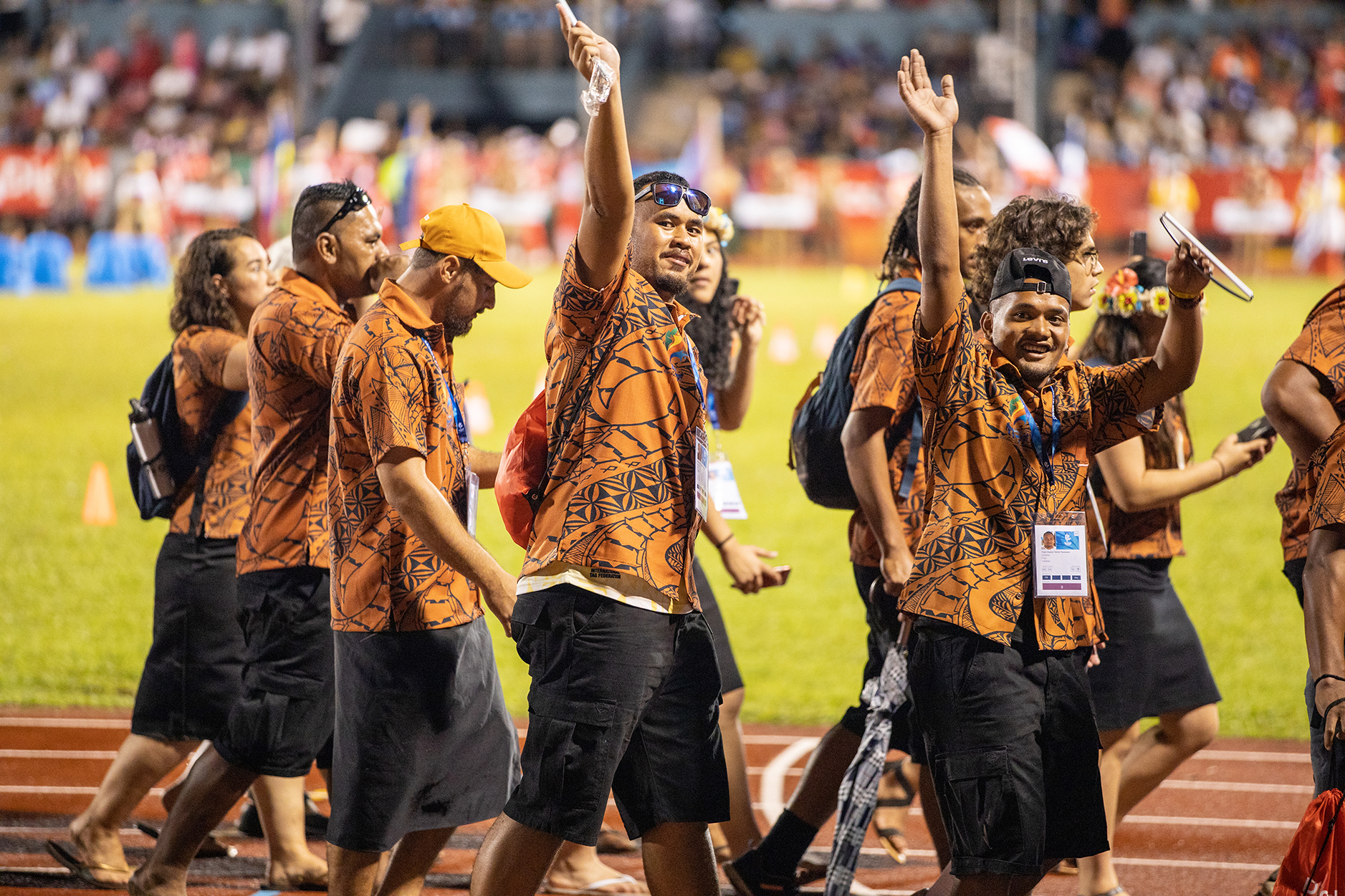 “We could have not accomplished this without the goodwill and the dedication of our developing partners such as China, Australia, New Zealand and regional organizations that have supported our efforts in being games ready within the confines of timeliness,” he said.

“Thank you for your generous contribution to our sporting infrastructure equipment, town development and a multitude of other initiatives.”

An athlete himself, Tuilaepa said the Pacific Game is more than just a competition.

“It’s all about building people to people connectivity and the promotion of sporting activities as well as a tool to strengthen connection, to enhance understanding of true Pacific regionalism towards peace, development and genuine love for our neighbors.

“The Pacific Games should also be a window to demonstrate good governance practices in sports.”

He concluded by thanking Samoa and the organising Committee.

“On behalf of Samoa and its people, I wish to thank the Games organizing Committee, under the leadership of the Minister of Education Sports and Culture, Loau Solamalemalo Keneti Sio. 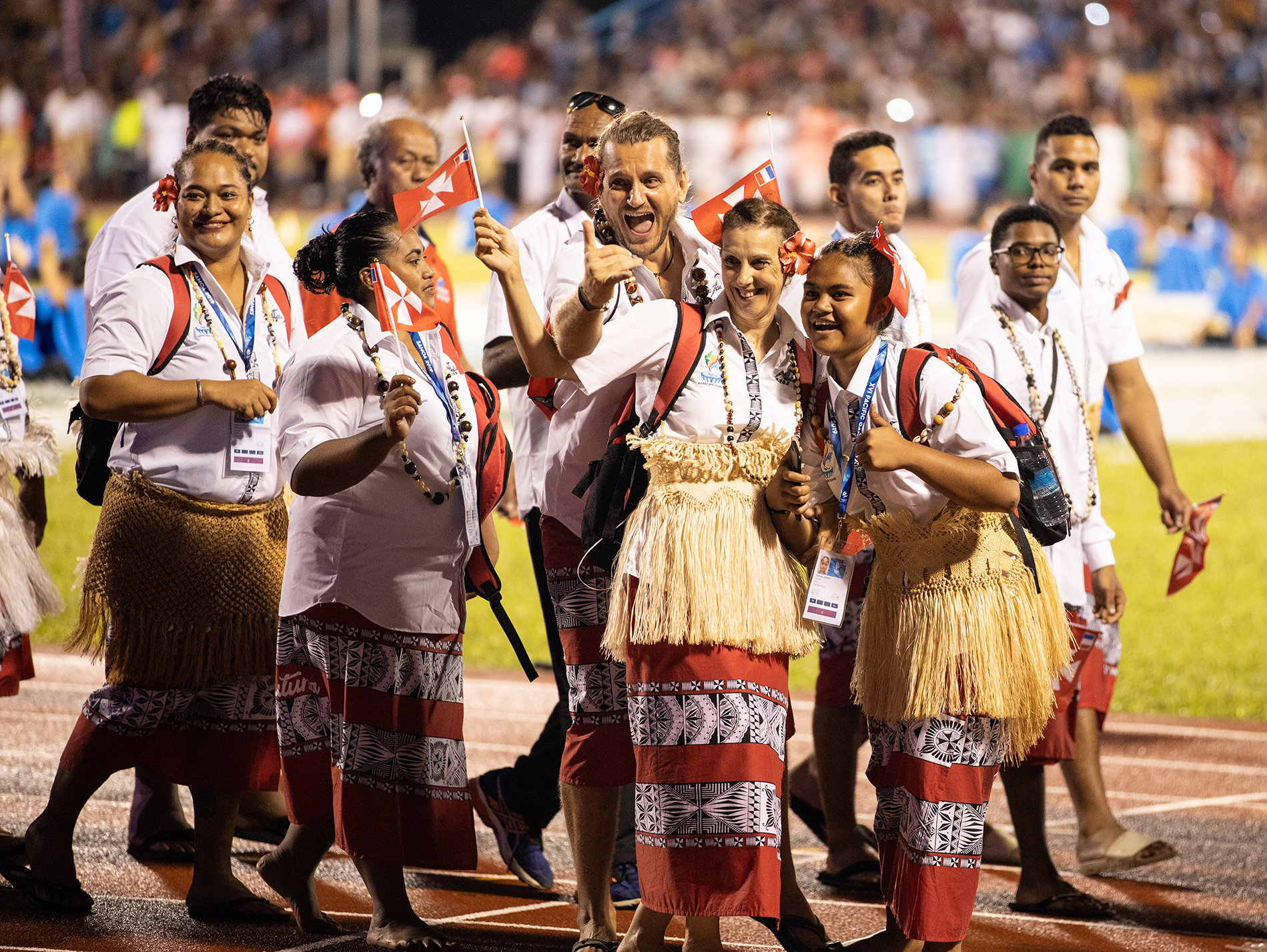 “The Pacific Games Office, management team and the highly committed sponsors; and allow me to acknowledge with gratitude the thousands of volunteers, workers and officials who have worked very hard over the 14 months to make these games a success.

“I especially applaud the dedication and collective daring spirit of our public servants, government corporations, private sector and especially our people who have risen to the occasion.

“You have exceeded all expectations…”

The President of the Pacific Games Council, Vidhya Lakhan, thanked Samoa for a magnificent opening ceremony.

“Our challenge is to facilitate for the Pacific community continuing sporting competition in the international sporting arena, while representing uniqueness and unity in Pacific values and traditions.

“I believe in the preparations for these games the Samoans have focused on our objective and have met the challenge.”

Mr. Lakhan called on all athletes to participate in the true spirit of the Pacific Games, remembering Pacific values of friendship and respect. 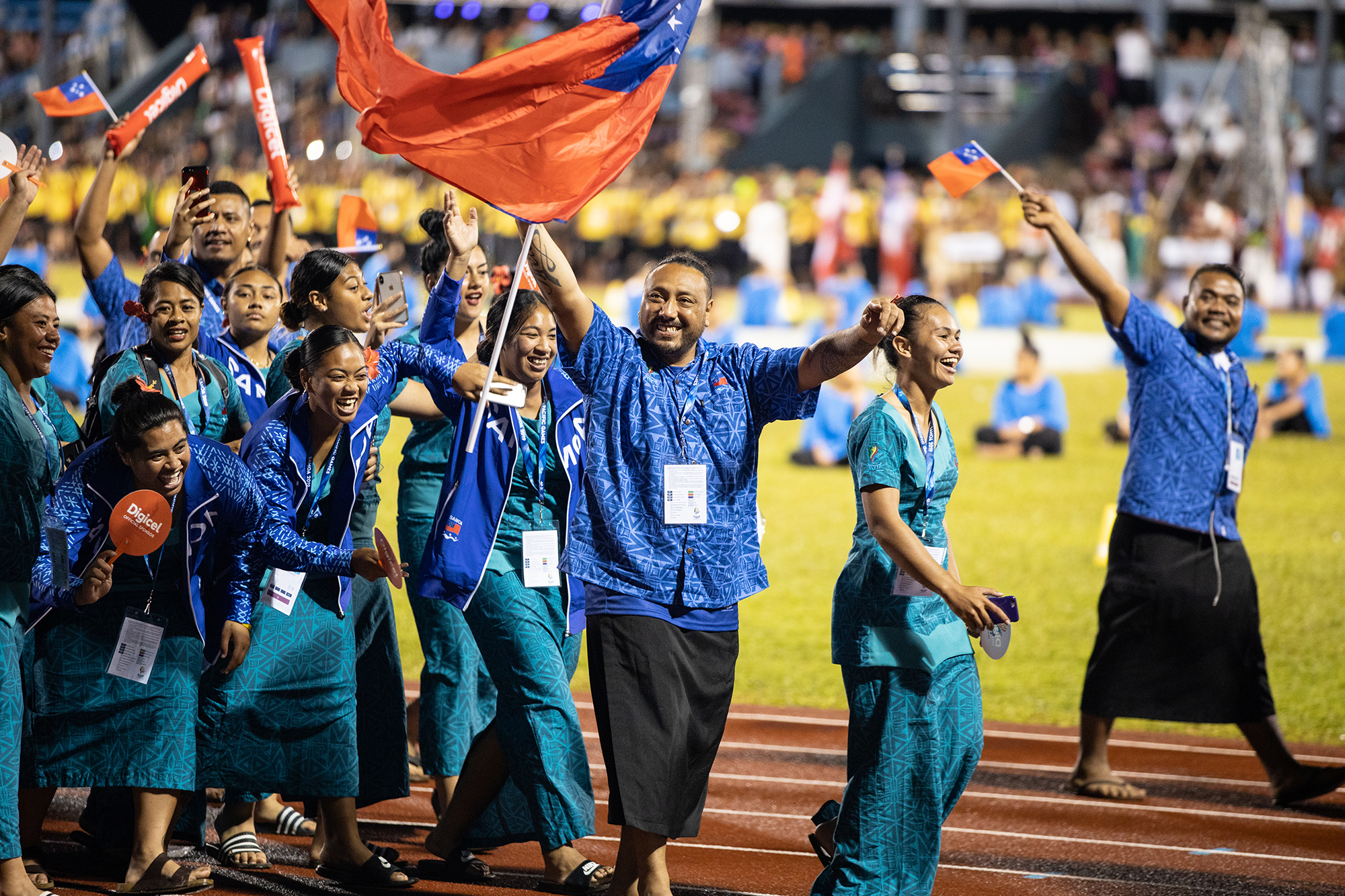