Hundreds packed the Apia Park stadium last night for the official opening of the 2019 XVI Pacific Games, some of them included foreigners who just happened to be visiting Samoa or a family or relative of a participating athlete.

Papua New Guinean mother Elvie Bae was one of those in the crowd, who first travelled to Samoa some years ago to do a training programme at the Australia-Pacific Technical Coalition (A.P.T.C.).

But this time she flew over

In the midst of the crowds was a mother from Papua New Guinea, Elvie Bae who originally came to Samoa through a training program run by Australia-Pacific Technical College (A.P.T.C.).

“I am so blessed to be in Samoa right now, because my daughter is representing our country in beach volleyball.

“The feeling is indescribable because I can be here for my training and have the chance support her throughout her games.

“This is the first time watching the Pacific Games so despite the bad weather it would have never stopped me from coming to show my support as a mother to my beloved daughter,” she added.

She also said that her expectation of the opening ceremony was for Samoa to showcase its beautiful culture.

“The rain did not affect us because it also rains frequently in PNG. We prayed and hoped it won’t rain during the opening ceremony and God answered our prayers,” she added.

There were also other foreign countries in the midst of the crowd, Germans Henrik Jamaer and Hannah Nowitzky who were currently travelling around the pacific.

“We arrived last Friday and planning on meeting our friends who will be arriving later on the week we will be travelling the pacific on a sailing boat.

“On our way to Samoa we just found that the pacific games will be held here and the excitement was high because we have never experienced it before. 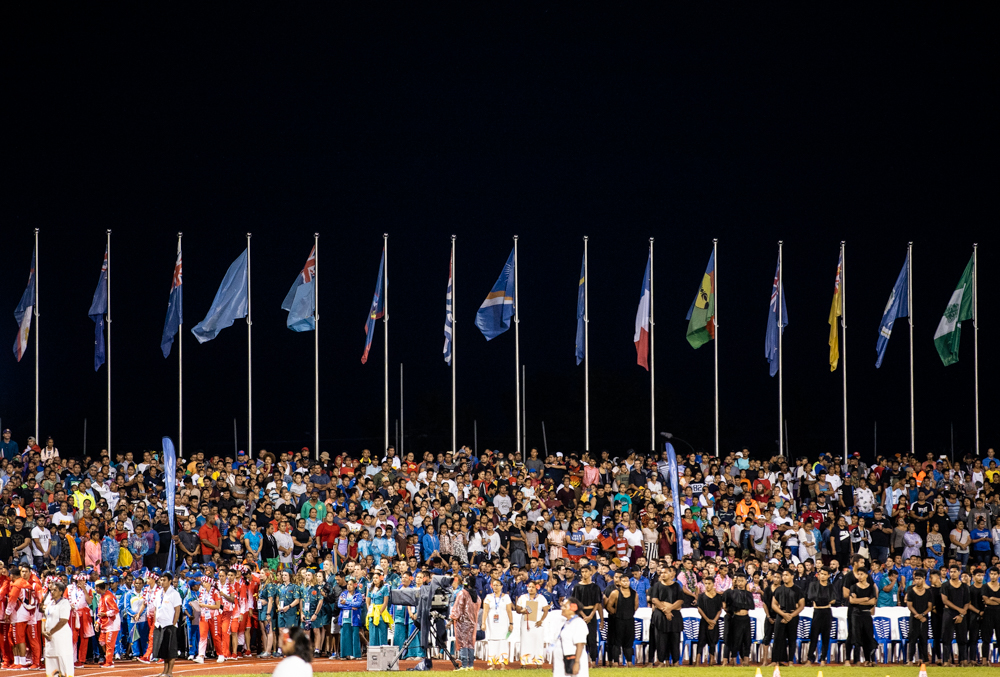 “We are mostly looking forward to getting exposed to Samoa’s culture and mostly keen to witness some traditional dancing and songs,” Mr. Jamaer added.

He said that they are both looking forward to watching some sports.

“We were interested in boxing but it is held in Savaii so now we are definitely watching the weightlifting I heard the Samoan people are quite strong.

“We are happy it did not rain during the opening ceremony.”