Members of Team Tuvalu are impressed with the commitment by ordinary Samoans to the 2019 Pacific Games through their various decorations in villages on Upolu Island.

This was according to Melei Melei, the president of Tuvalu Volleyball Federation, in an interview with Samoa Observer.

Team Tuvalu is made up of 98 athletes and officials making up the total of over 5,000 athletes from 24 other pacific countries who will be taking part in the 2019 edition of the Games.

President of Tuvalu Volleyball Federation said that their country is only playing in nine sports out of the 27 sports during the two weeks of the Games.

Mr. Melei said that their delegation was complete last night with the arrival of two of their beach volleyball athletes Saaga Malosa and Amalamo Talake.

“I hope the boys will recover because our games start tomorrow in the afternoon because they were on a boat ride for three days and arrived 12:00 am midnight.

“Our players had a rough trip getting to Samoa and it has been restless for them but that will not hinder our spirits, team Tuvalu beach volleyball has prepared for a long period of time and we truly believe we can do this.

“We are coming out strong and expecting to take back home some medals,” he added. 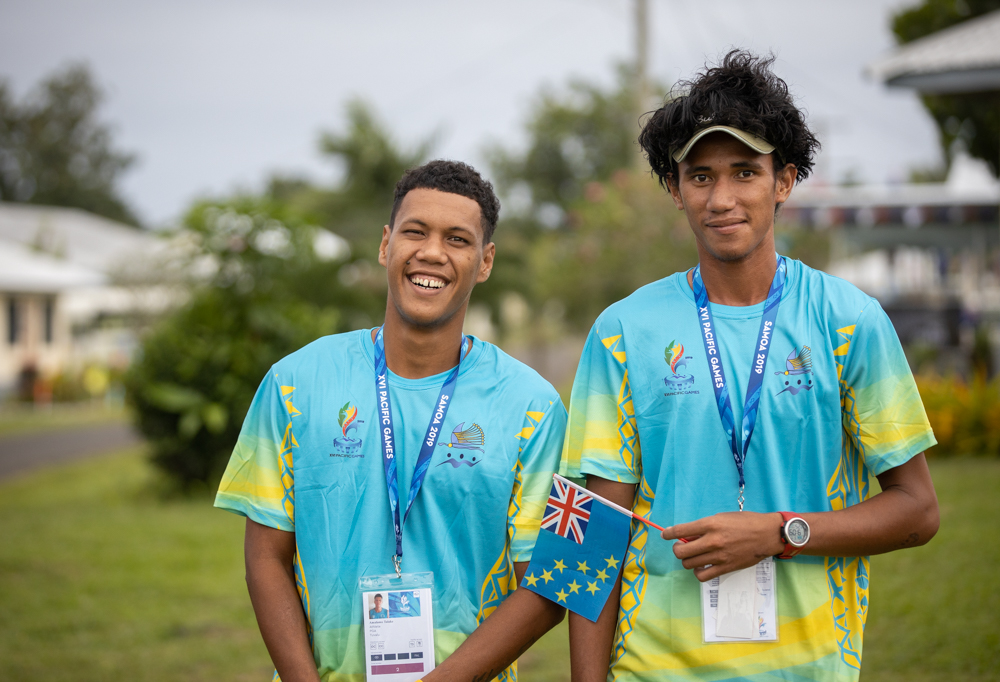 He said that their team was impressed with Samoa’s Pacific Games spirit with all the village decorations throughout Upolu.

“Our country will be playing in sports like beach volleyball, indoor volleyball, boxing, weightlifting, powerlifting, football, rugby sevens, and table tennis,” he added.

“Our teams are looking forward to this experience - early Sunday morning we started the day with our technical meeting.

“So far so good in terms of our experience with accommodations which is amazing because they put us near the dining hall and so we don’t have to walk a great distance like other athletes.

“The food is delicious - I love the Samoan palusami where it is made of taro leaves with coconut cream.”