A crash on Friday afternoon left Pacific Games paddlers from Tokelau shaken on the main road at Vaitele.

The crash involved a vehicle contracted by the Pacific Games Office to transport athletes and an X-trail.

A witness, Samuelu Ioasa, 68, told the Samoa Observer the X-trail appeared to have been fault.

“It’s fortunate that no one was injured as a result," he said. "I think it was just the athletes here for the Games that appeared shaky."

The driver of the X-Trail, who refused to give his name, confirmed that he was at fault. He was apologetic.

“It was my fault, I came on the road and I was unaware of the white car coming my way and… yes, I’m at fault,” he said.

The paddlers told Samoa Observer they were fine. 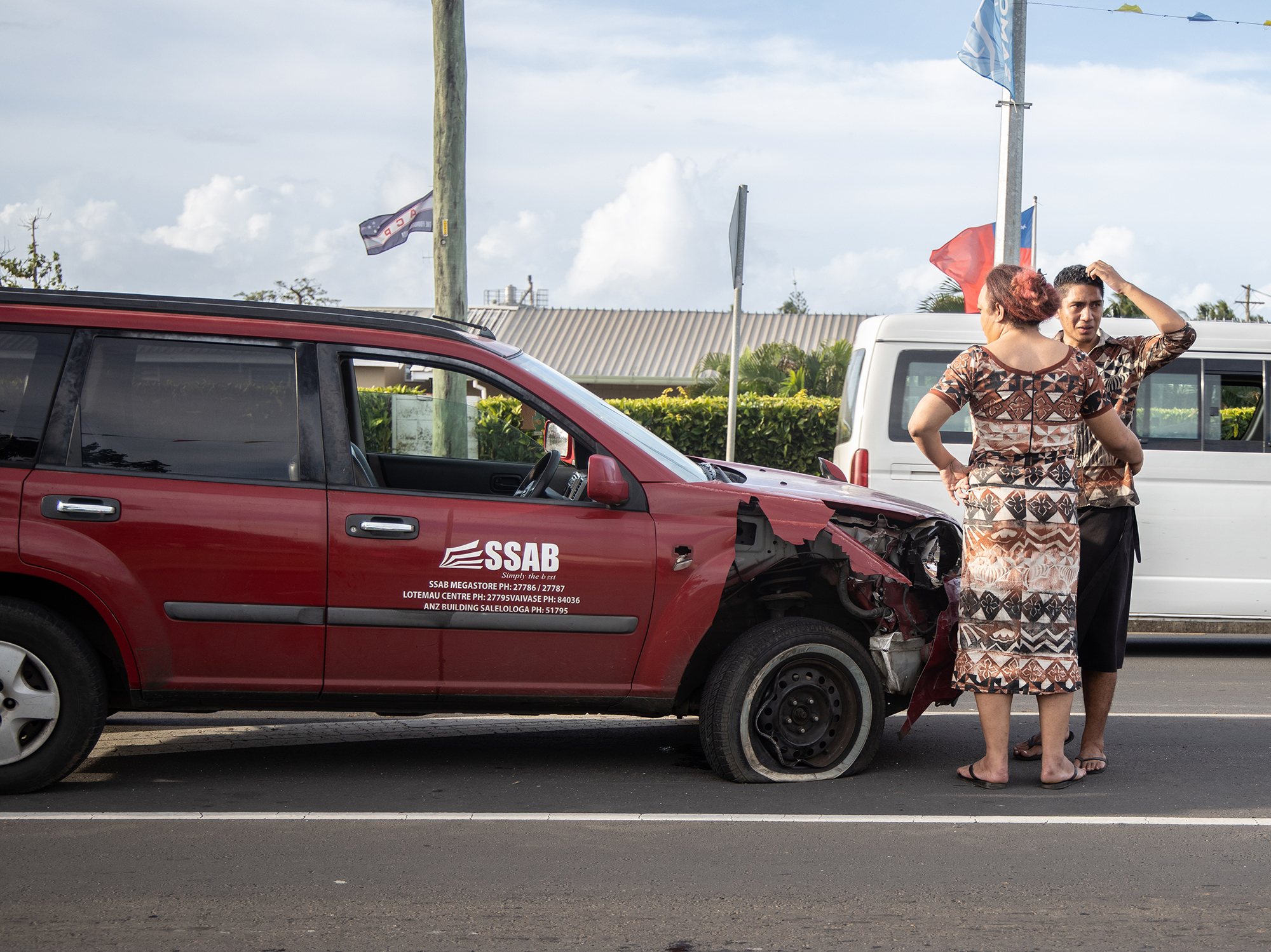 “It was too late for our driver to slow down by the time the red X-trail sped onto the main road," one of the paddlers said.

“I feel sorry for the driver of our car that is allocated to take us the Tokelauans around. I mean this is his income."

The Police Officers at the scene refused to comment.