The 18-year-old has won gold both in Commonwealth Games and Junior World Championship.

She said that the sports were asked to nominate an athlete that they believed was worthy of carrying Samoa’s flag.

“She was also chosen because of her outstanding performance with her world championship title," she said, referring to the medal she recently won in Fiji.

For Ms. Stowers, she said the opportunity to carry the Samoan flag in front of her own people is a huge honour.

“I am honoured to have been given this opportunity," she said. "It never crossed my mind but now that I have been chosen I would like to give back the thanksgiving and glory to God for everything that he has blessed me with in my life.

“In my life, I would be nothing without God and his guidance and blessings. I am also privileged to represent my sport of weightlifting by carrying the flag.

“At first I was a bit shy that a big honour like this was bestowed on me. Thanks to so many people like mama Lina (president of Samoa Victim Support Group (S.V.S.G.) Siliniu Lina Chang) who is one of my biggest supporters and not forgetting God,” she said.

When asked about her preparations for the games she said that, “everything is going well."

"In all that I do, I rely on God for everything especially for his guidance and strength.” 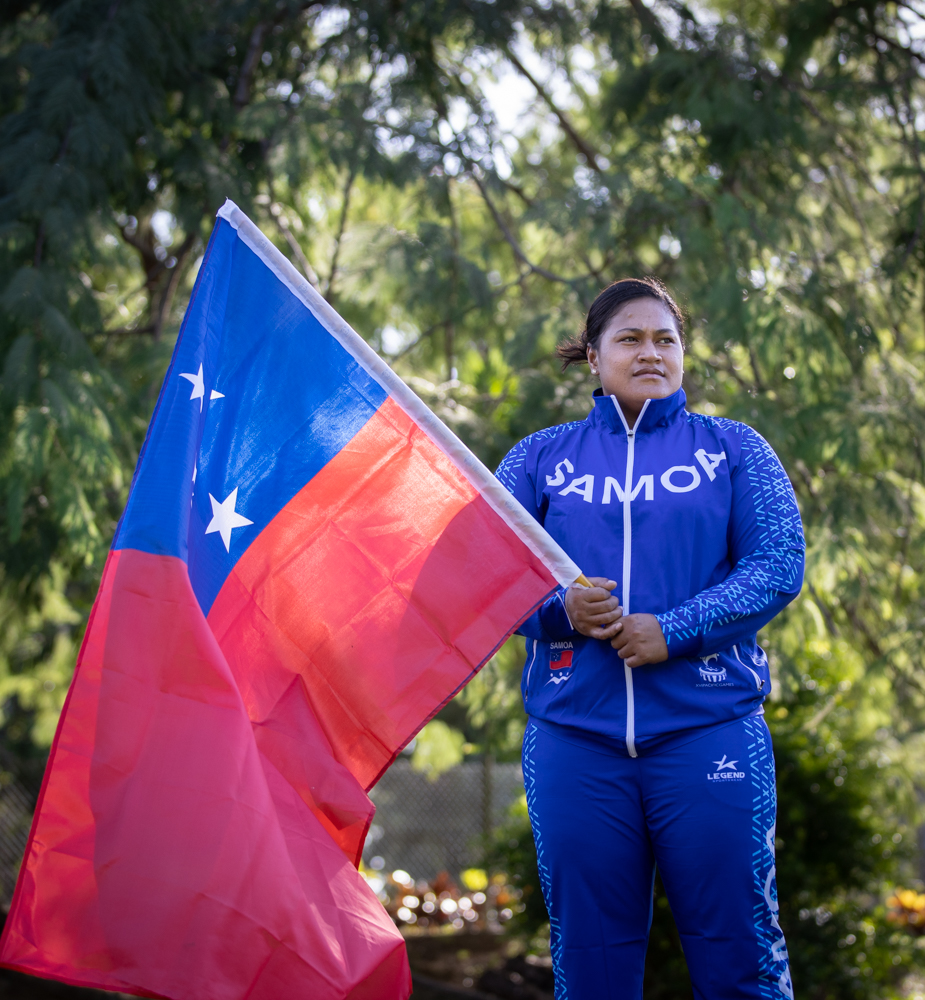 “I would also like to thank my coach Tuaopepe Jerry Wallwork for his never ending support – he challenges me to become the best of my abilities. I am blessed that he stood by me and helped in my journey as a weightlifter.

“Our coach is very committed and passionate about our sport - he helps all of our team not only myself because he believes in us and the talent we have.

“I also want to thank my S.V.S.G. family especially my brothers and sisters at the Campus of Hope for their prayers and fasting dedicated for my games. And also we thank our sponsor Samoa Water Authority (SWA) and lastly the people of Samoa.”