This is Dr. Aján's third time in Samoa, an he said he is happy to be here in such a beautiful country.

He said the sport in Samoa has changed a lot since his first visit.

“Oceania, the Islands especially… the weightlifting is increasing and reaching that international level.

“From Samoa we have a world champion [2019 Junior World Championship 89kg men winner Don Opeloge], I am very, very happy for that."

Dr. Aján said weightlifting is now the second-most popular sport in the region.

“We have a test competition in Tokyo [for the 2020 Olympics], but I’m here because it’s very important for me.

“I wish to talk with countries about how we can help more.

“For us it’s very important that the weightlifting all over the world is developed." 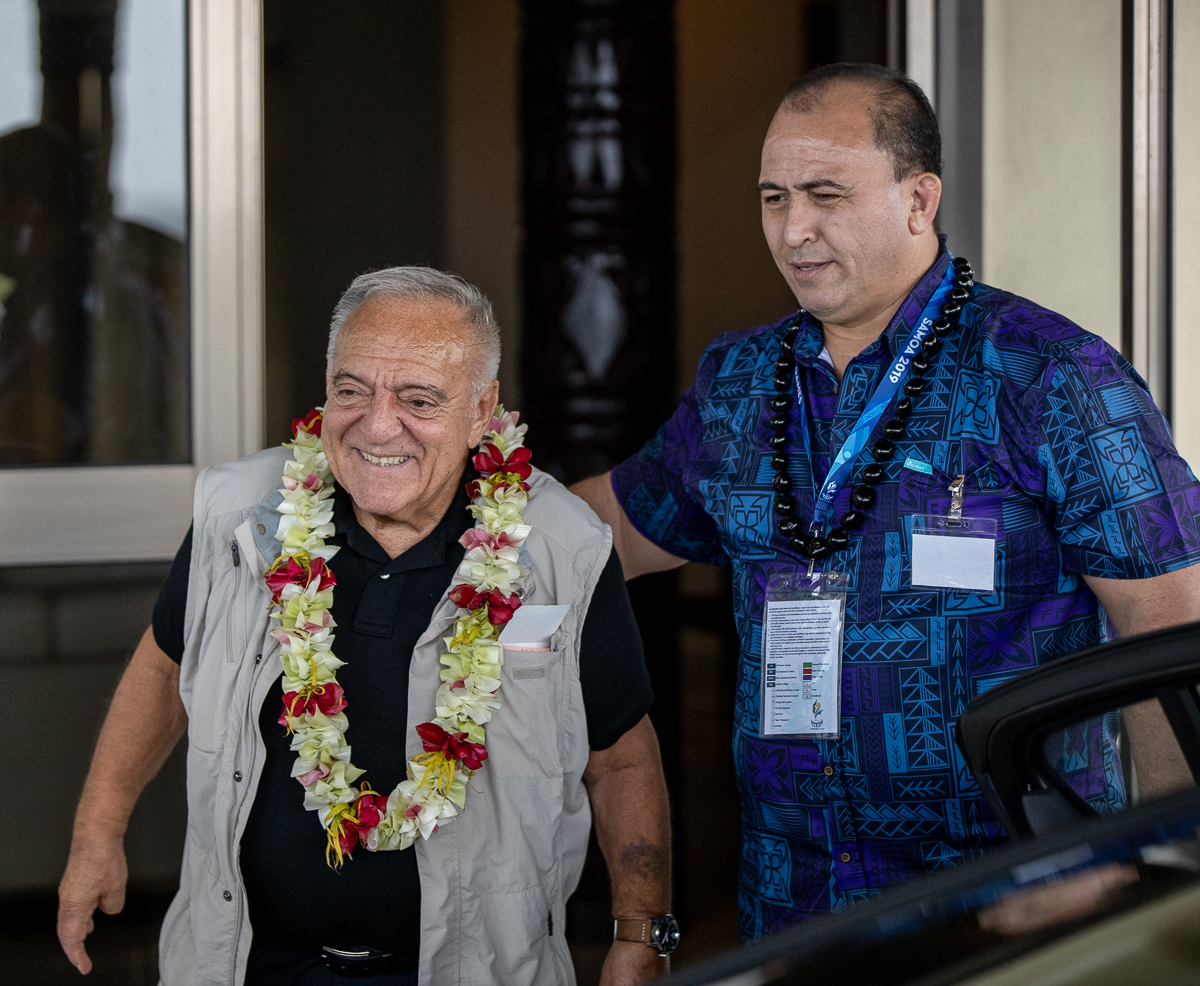 He said the I.W.F. are open to hosting a world championship event in Samoa at anytime, and he is happy to have Tuaopepe Jerry Wallwork as President of the Samoa Weightlifting Federation.

“He’s an excellent leader, he works very well, he has very good lifters.

“I can see Mr Wallwork as a future great leader for the International Federation."

Dr. Aján will be joined by I.W.F. General Secretary Jalood Mohammed and Director General Attila Adamfi, along with the executive boards of the Oceania and Commonwealth Weightlifting Federations at the tournament.

The Pacific Games weightlifting event has been combined with the Oceania and Commonwealth Championships, and the competition is also an Olympic qualifier.