The handling of the changing of shares for nonu company, Local Partners and Associates (L.P.A.), by a senior lawyer, Maiava Visekota Peteru, has come under scrutiny in the Supreme Court.

Maiava, who had acted as the lawyer for L.P.A. up until 2015 when the business partners of the nonu juice company got into a disagreement on the division of shares, was queried when she testified in the ongoing hearing at Mulinu'u.

Senior Member of Parliament, La’aulialemalietoa Leuatea Polataivao, his wife, Heather Schmidt, business associates Apulu Lance Polu, Martin Schwalger and Aiolupo Tuitui are facing 234 charges in relation to the operation. The charges include forgery, theft, obtaining by deception among others. They have pleaded not guilty to all the charges.

The complainant is the Associate Minister for the Ministry of the Prime Minister and Cabinet, Peseta Vaifou Tevaga.

In her evidence, Maiava testified that she had prepared the resolution where the shareholders of L.P.A. changed, excluding Apulu.

Apulu had initially held 32.5 percent of shares in the company with Schwalger 32.5 percent and Peseta’s son, Danny Schwenke, holding 35 percent.

The change meant the shareholding was returned to its original form which was 50/50 between Peseta and La’auli.

Maiava told the Court that her recollection of the meeting was that an agreement had been reached with La’auli agreeing to the 50/50 changes.

But it wasn’t until she was contacted by La’auli later on that it led her to be uncertain about what was agreed upon. 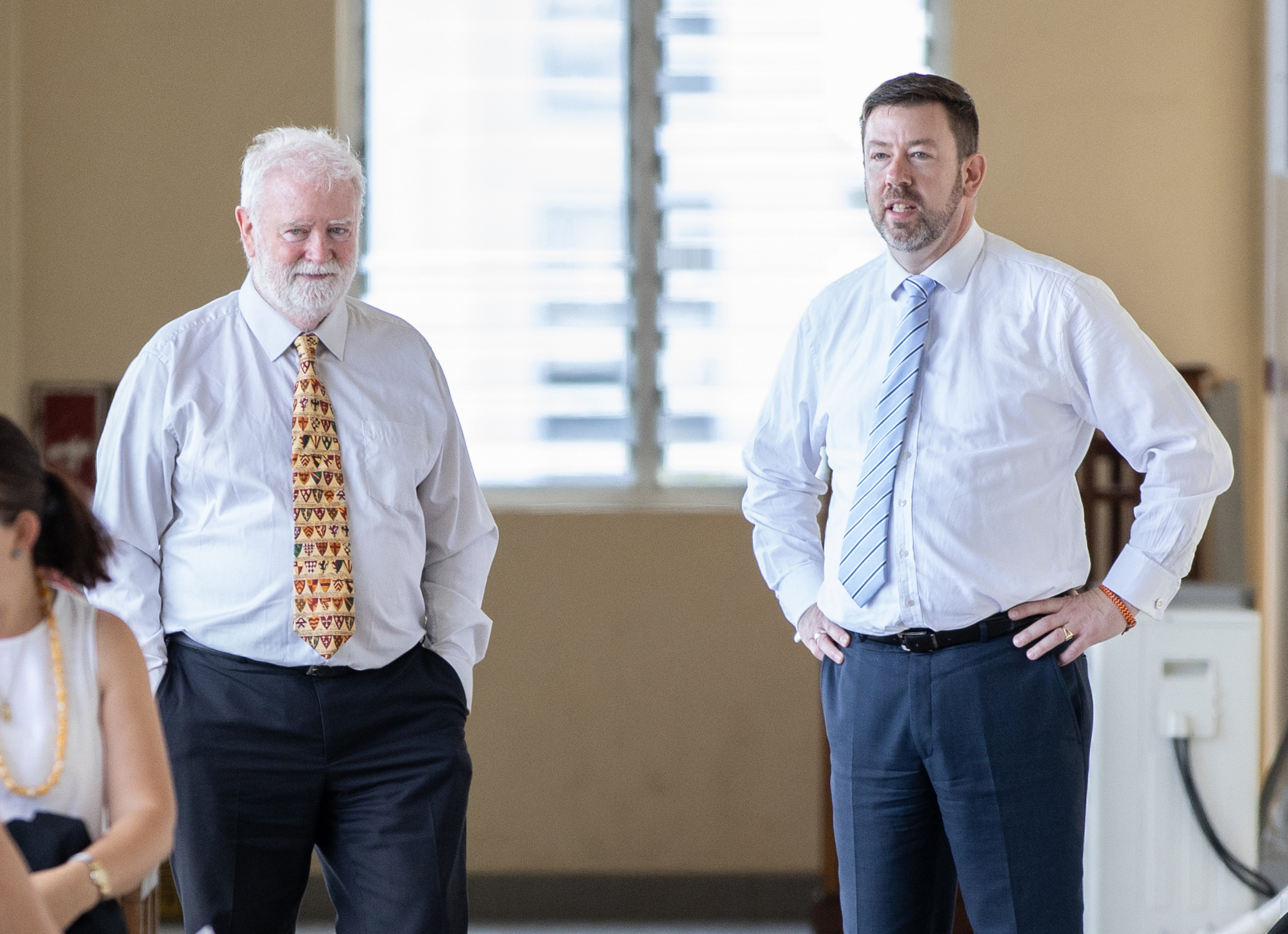 Apulu’s lawyer, Aaron Perkins, queried Maiava if she was saying that her memory of the meeting was vivid. The witness said it’s humanly impossible to say she remembers it vividly because human memory fades quickly.

“What I do recall is that there was an agreement reached at the end of the meeting,” she said.

“Even more so I was contacted by La’auli who was very upset that his recollection of the meeting is not the same as my recollection and for that reason my memory of it is quite clear to me that there was an agreement as much as La’auli was upset about it and his recollection (of the agreement).”

At this point, Maiava became emotional. She said La’auli questioned her through messages about the resolution and the changes in shares and directorship.

“He was adamant, I too was amazed and felt disappointed because my memory of that meeting at the end of it was there was an agreement,” she added.

Earlier on during the cross examination, Maiava said Peseta had come to see her sometime in May. The meeting with Peseta lasted for more than an hour.

The witness said he was unhappy with the company and was very concerned about his acre of land used to secure $1.8 million from National Provident Fund.

Mr. Perkins then asked the lawyer if she was aware at the time that Apulu was a shareholder. She said yes.

Asked what else Peseta was worried about, Maiava said he was disappointed about his relationship with La’auli. He said they were the original founders of L.P.A. 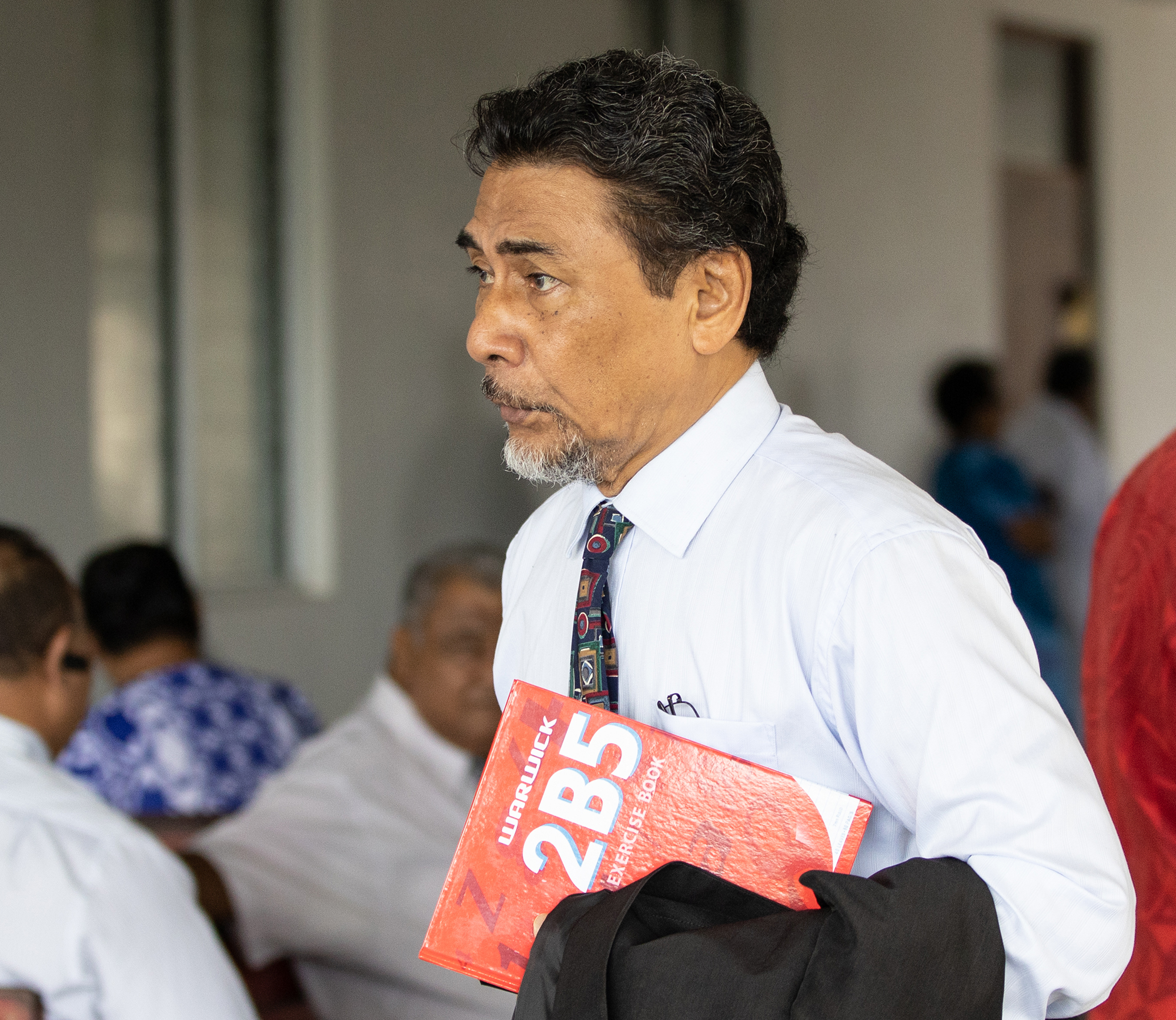 Mr. Perkins then asked the lawyer if it wasn’t important for her to suggest something to Peseta to resolve what was happening in the company.

The lawyer agreed and said she advised Peseta that they should mediate with Apulu and La’auli.

But Peseta rejected her advice. He only wanted to meet with La’auli.

Maiava said she then contacted Laauli for a meeting with herself and Peseta.

Mr. Perkins asked Maiava if she did not consider it appropriate to ask Peseta to include Apulu in the meeting, as he was one of the other shareholders.

Maiava said she had suggested that the three men mediate but Peseta insisted that he only wanted to meet with La’auli.

During the course of the meeting, the Court heard Peseta had tried to persuade La’auli to return to the 50/50 percent as the original arrangement of the company. Maiava said Peseta argued that he was the only one with assets that were at risk if the company defaulted.

Mr. Perkins put it to Maiava that La’auli does not dispute there was a meeting, nor does he dispute that he was in the meeting. But Laauli disputes the 50/50 split and having agreed to it.

“Did you not see it problematic that La’auli and Peseta are agreeing to have 50 percent each without Lance who was also a shareholder and director?” Mr. Perkins asked Maiava.

In response she said she was not aware at the time that Apulu was a Director of L.P.A.

But Mr. Perkins was not convinced. As a lawyer herself, Mr. Perkins put it to the witness that she could not just allow an agreement to be made two people without the third shareholder being present.

“How could you go on to draft a resolution without any idea of what Apulu thought of it?” asked Mr. Perkins.

Maiava said the meeting between Peseta and La’auli was very civil and courteous and no one raised their voice.

She explained that her understanding was that it was left with La’auli to discuss with Apulu about the changes in shares.

Mr. Perkins asked why there was nothing in writing to Apulu about losing his shares and what was discussed in the meeting. Maiava insisted this was left to La’auli to discuss with Apulu.

She added that Apulu was not informed about the meeting because Peseta did not want him there.

Moving on to the resolution where Apulu was axed from being a Director and Shareholder of the company, Mr. Perkins asked Maiava if it did not occur to her that Apulu should have been copied in the document.

Maiava said it was not suggested to her by La’auli and Peseta to copy Apulu.

“I had expected that maybe once La’auli and Apulu settled this then that would be the subject of another resolution,” she said. “But the purpose of the resolution in my understanding at the time is the Directors were Martin and Danny.”

About the day the resolution was signed by Schwalger, Mr. Perkins asked Maiava why she did not contact La’auli to reconfirm if Apulu had agreed to the proposed changes of the company.