Flags raising ceremony at Mulinu’u for the eight countries 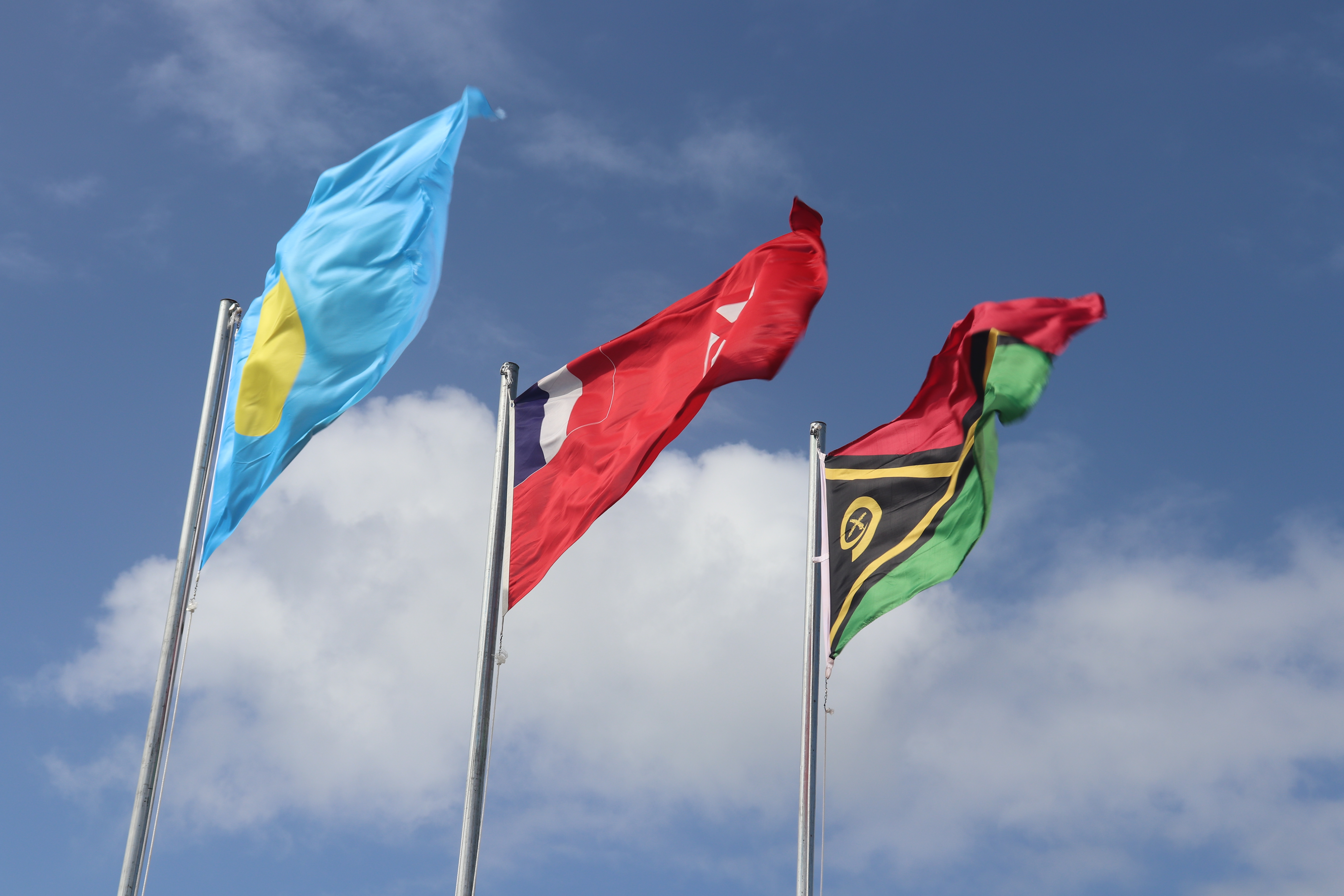 The CEO of ministry of education, sports and culture Afamasaga Dr. Karoline Afamasaga opened the ceremony with a speech said “This morning we will hold a very unique welcome and flag raising ceremony, where are students who have been waiting for you for such a long time, from both our primary and college schools they will pay tribute to their adopted countries who are participating in the Pacific Games,” she said.

Afamasaga Dr. Karoline also talk about the past events which was held in Samoa in the past years and greeting the players’ of the eight who have return to Samoa to be part of the Pacific Games 2019,

“many of those return athletes we welcome you back to Samoa again, I have no doubt that you have compete here at common wealth youth games 2015, and I am very sure that many of you were here in 2007 when Samoa hosted the South Pacific Games,” she added.

After giving a speech she than presented gifts to the eight countries as a welcoming before schools start performing national anthem and culture dancing,“we have prepare  small welcome gift for each of the eight countries who's flags will be rise today,” she added. 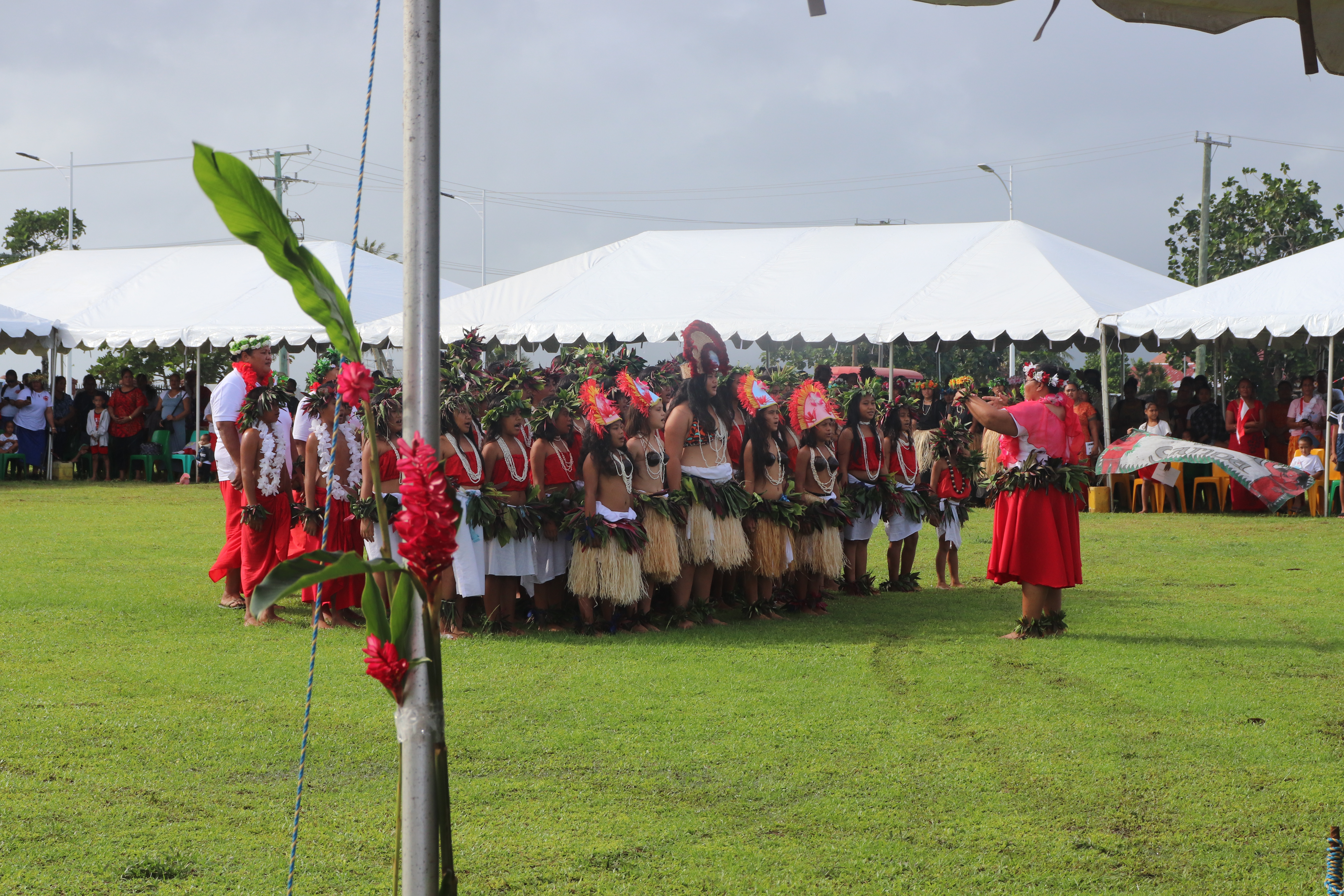 Opening performance was Tahiti culture perform by Nofoalii primary schools, they first sang the national anthem and than performing the dance of Tahiti  in front of the team Tahiti and  they were so happy and proud; even some of the Tahiti team player join in the performance filled with happiness in seeing their very own culture done by the Samoa students. 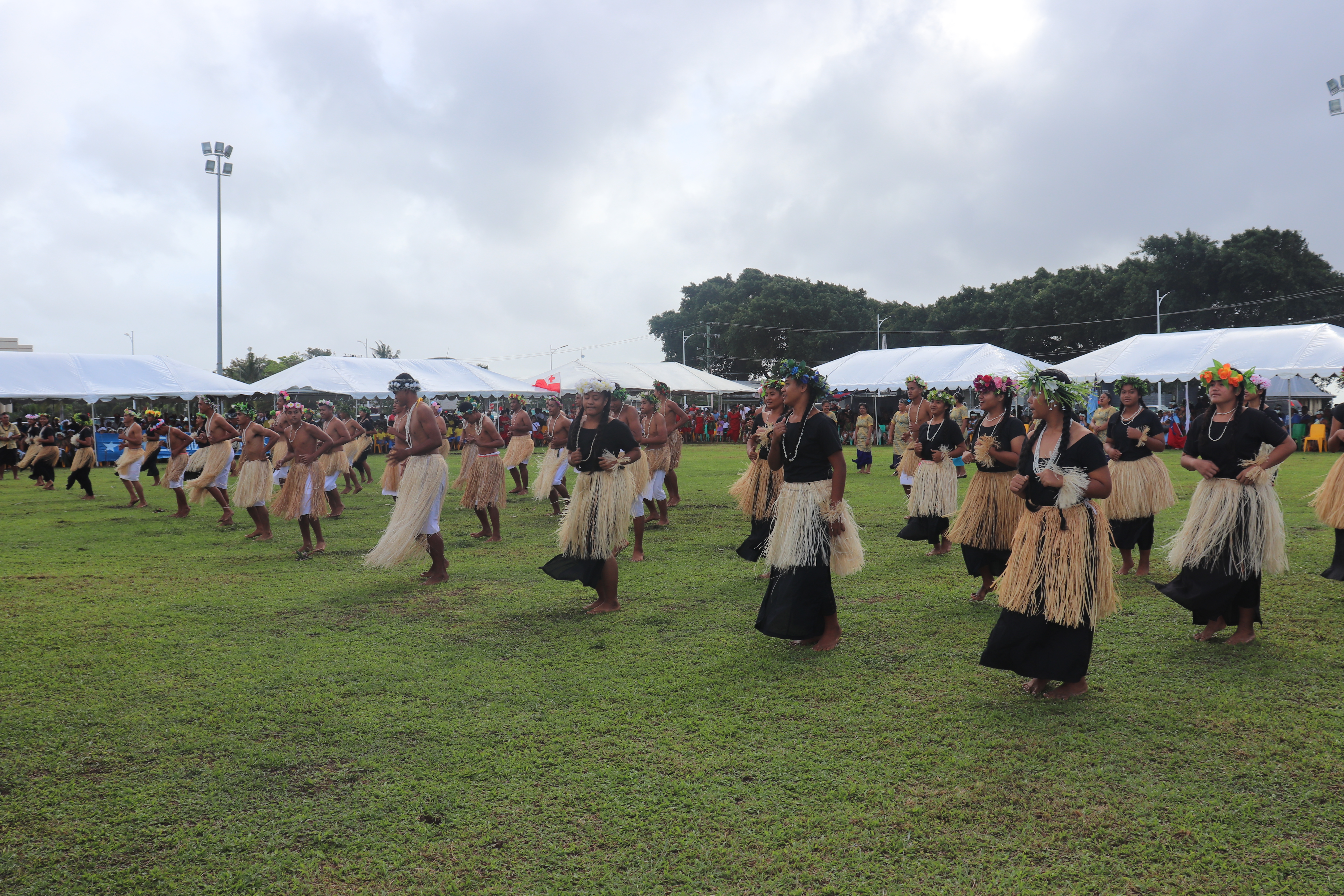 A College from Savai’i  Alofi -O- Taoa College perform the National Anthem of Tokelau and the dance in front of the team Tokelau, and the team Tokelau were amaze by the performance of the students.

Tokelau team member Mahelino  Sakaria told the Samoa Observer  he was excited to see local Samoa schools performing their culture and the words were pronounced clearly by the students.

“I felt very honor in hearing your local schools singing and to see them dancing our Tokelau  traditional and the way they pronounce the words was very clear and this is whatI did not expected,” he said. 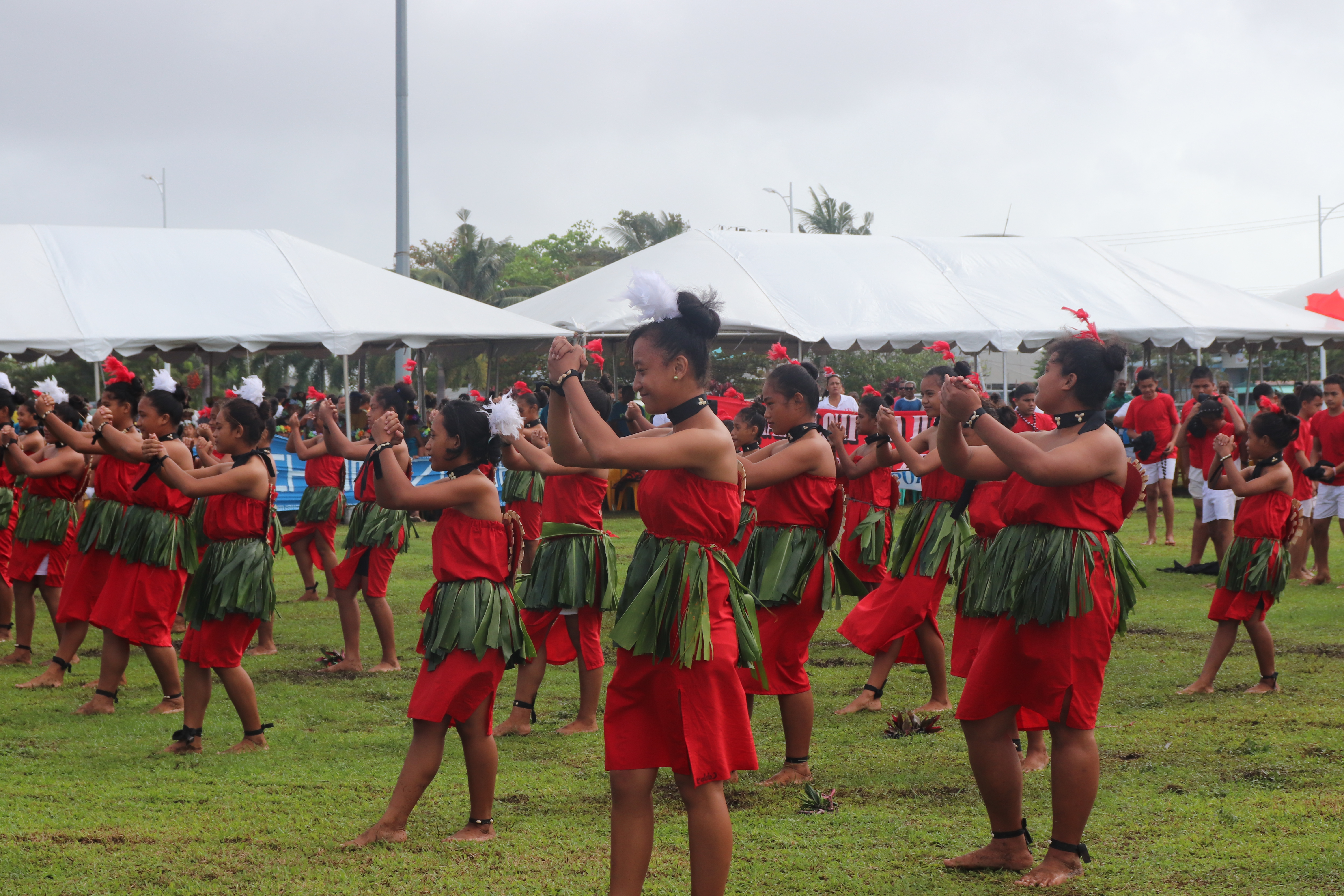 The Tonga team was filled with excitement when the  Vailele primary school perform their culture in front of all their players and the whole team singing their national anthem also the Tonga dance and some of the players join the primary school in performing to show how proud they were. 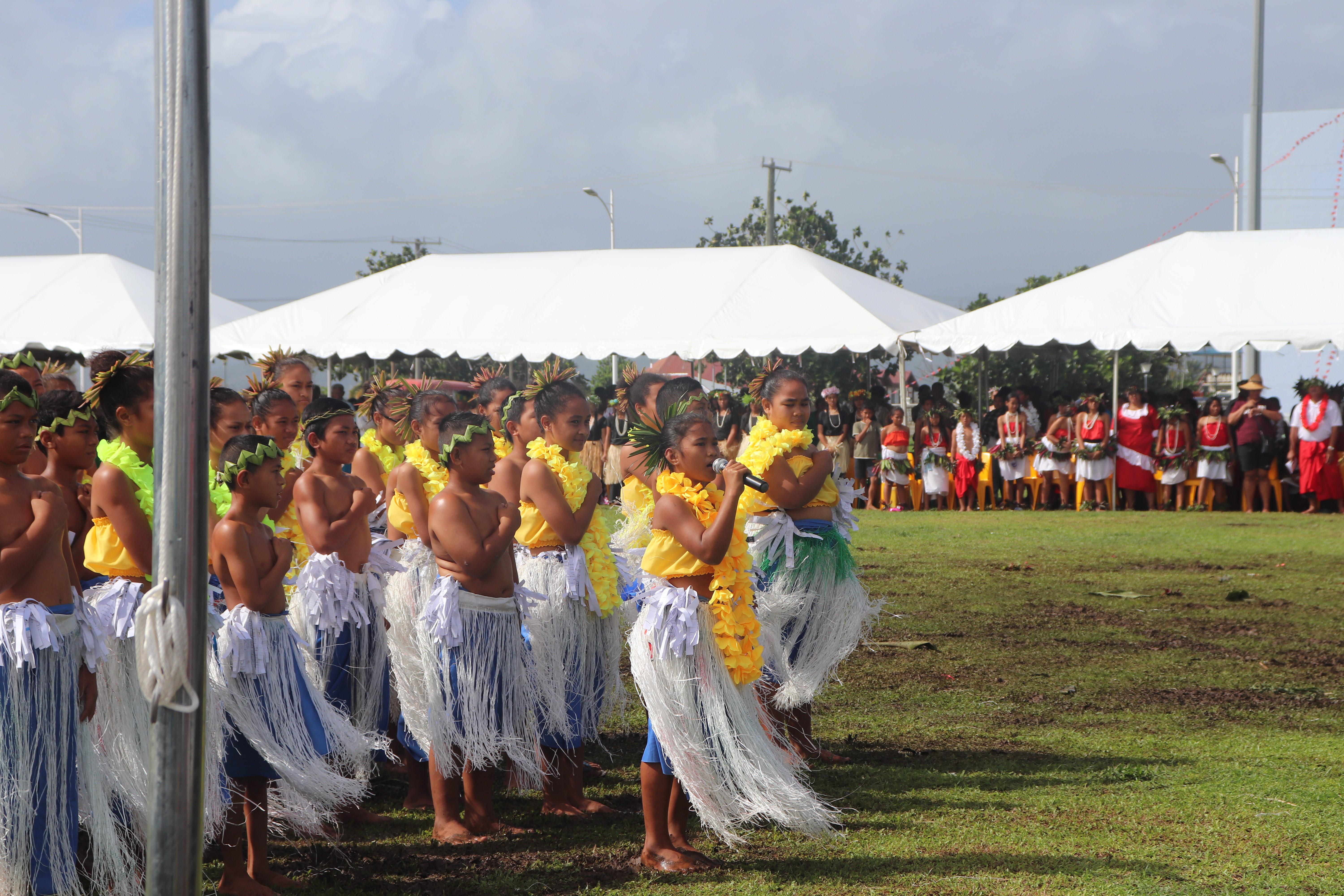 Malie primary School perform the Palau culture in singing the  national anthem and dance, and the response from the team Palau they were in joyful seeing their own culture perform by the students here in Samoa, they even dance along with the students and teachers’ of Malie primary school.

Team player from Palau Samathan Rechilluul 28 who takes part in the Va’a women team spoke to the Samoa Observer, she was amazed by the commitment of the students put into the performing and they have brought my home here in Samoa with me, “ its really amazing the commitment they made and its awesome I did not expect that and they brought home  here with me” she said.