Despite limited time together before the start of the Pacific Games rugby league 9s competition, Fetu Samoa are bonding well ahead of the tournament on the 8th-9th of July.

The squad of 16 players based in Samoa, Queensland, New Zealand and New South Wales came together on Monday, and coach Jeff Tapuala said the camp has been good.

“They can’t wait for the Games to start.

“The girls have got a good vibe on, all bonding really good considering they all come from different places." 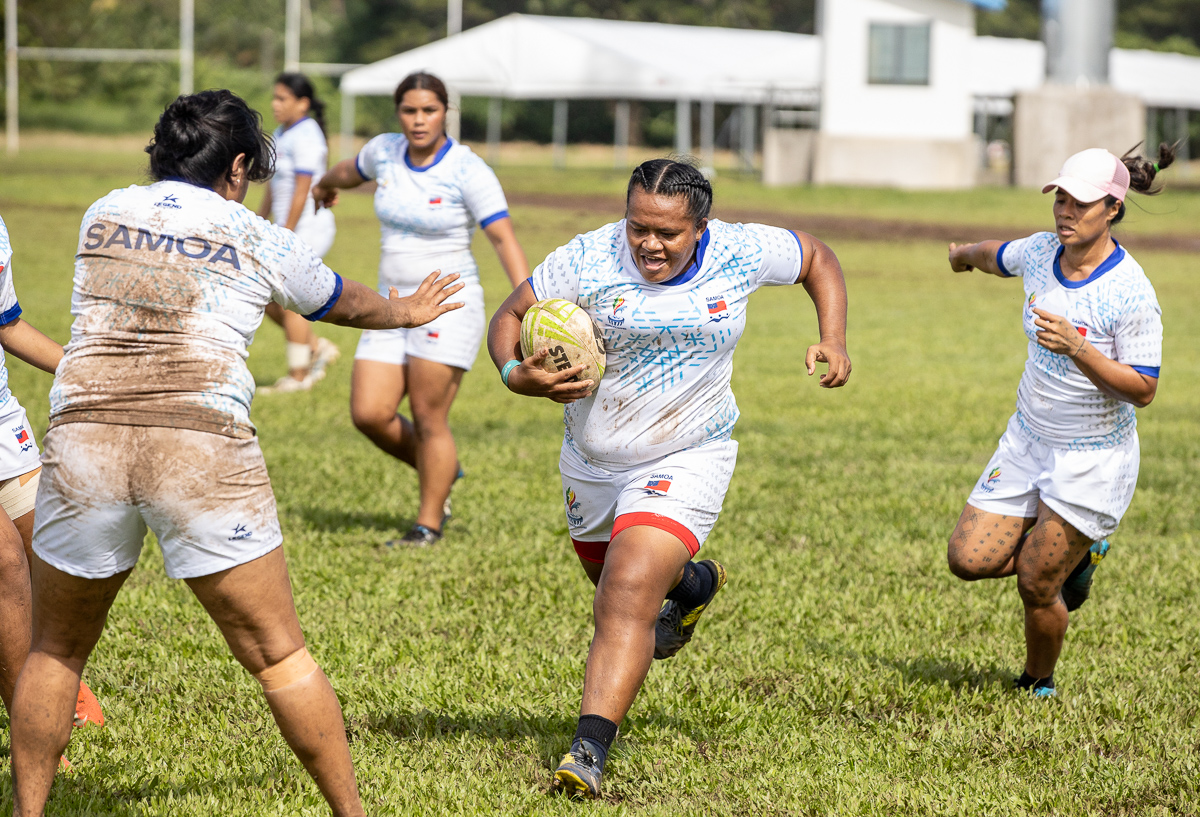 Local player Gabrielle Apelu said it's been remarkable the way the team has gelled so quickly.

“The coaches are  making sure we’re getting what we need to learn in and we’re always progressing each day."

The team has its share of stars in NRL Women's Premiership players Luisa Gago, Sarah Togatuki Nogotau and captain Maitua Feterika, and Ricshay Lemanu who played alongside Gago and Togatuki for the Fetu in their test against the Kiwi Ferns on the 22nd of June.

But coach Tapuala said they are considering themselves underdogs.

“We’re not going to take anyone lightly."

He said having the tournament at home in Samoa comes with support from fans, but also a lot of pressure to perform.

Feterika said it has been an awesome week.

“We’ve just loved being back home, to our homeland." 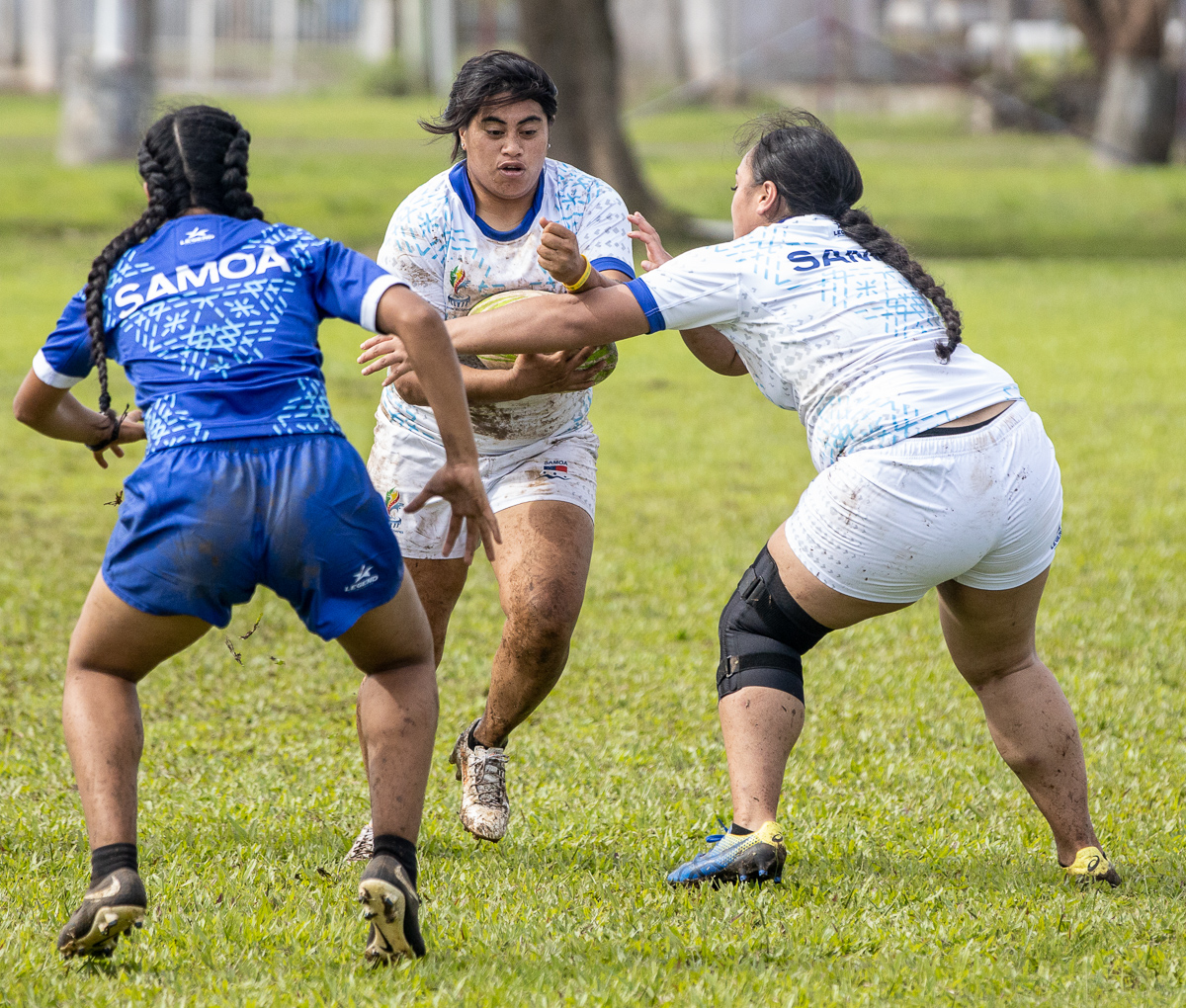 She said their goal is first place, and a gold medal would be a dream realised.

“In the 2018 Rugby League Commonwealth Championship we had the silver, but the gold would be the best feeling ever."

That competition was Feterika's second time representing Samoa; her first test came in 2011 against the Australia Jillaroos at the same venue she'll play at on Monday and Tuesday for the Pacific Games - Apia Park.

She represented the Kiwi Ferns at the 2017 World Cup, but has since switched back her allegiance.

“It’s good to be back to the Fetu Samoa again," Feterika said.

“This is for our family and for Samoa." 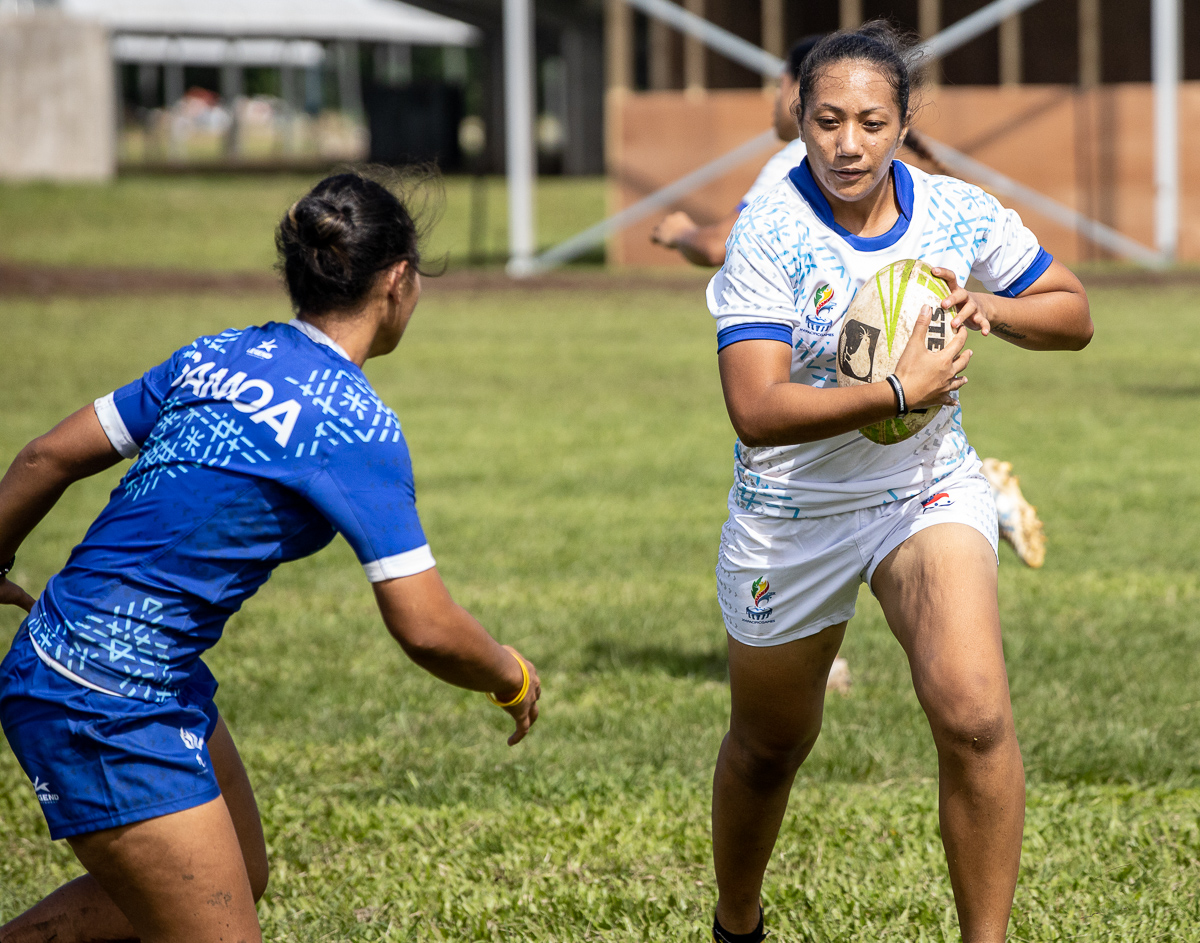 Apelu said having the likes of Feterika in the squad has been pretty cool for the local girls.

“It’s been a great learning experience, it’s been really positive for everybody.

“They’re a really great group of girls, they’re really down-to-earth and quite supportive, so the environment has been really enjoyable."

Apelu said one of her younger teammates at the Titans club told her she has learned so much in such a small timeframe.

“She feels uplifted, and it’s just been such a positive experience."