The United Nations (U.N.) and the Pacific Games have signed a partnership agreement worth $20,000 to involve Team Samoa in promoting messages of violence against women and the sustainable development goals (S.D.G.s) over the next two weeks.

As one of the biggest hubs of the U.N. in the Pacific region, the U.N wants to support the Games and contribute to its success, said Resident Coordinator, Simona Marinescu.

The partnership involves Pacific Games athletes as ambassadors of the United Nations, particularly for messages against domestic violence against women through multimedia campaigns and merchandise.

Ms. Marinescu, alongside the United Nations Education, Sports and Culture Organisation Director, Nisha, signed the agreement with the Games C.E.O., Falefata Hele Matatia and Chairperson Loau Keneti Sio, who is also the Minister for Education Sports and Culture. 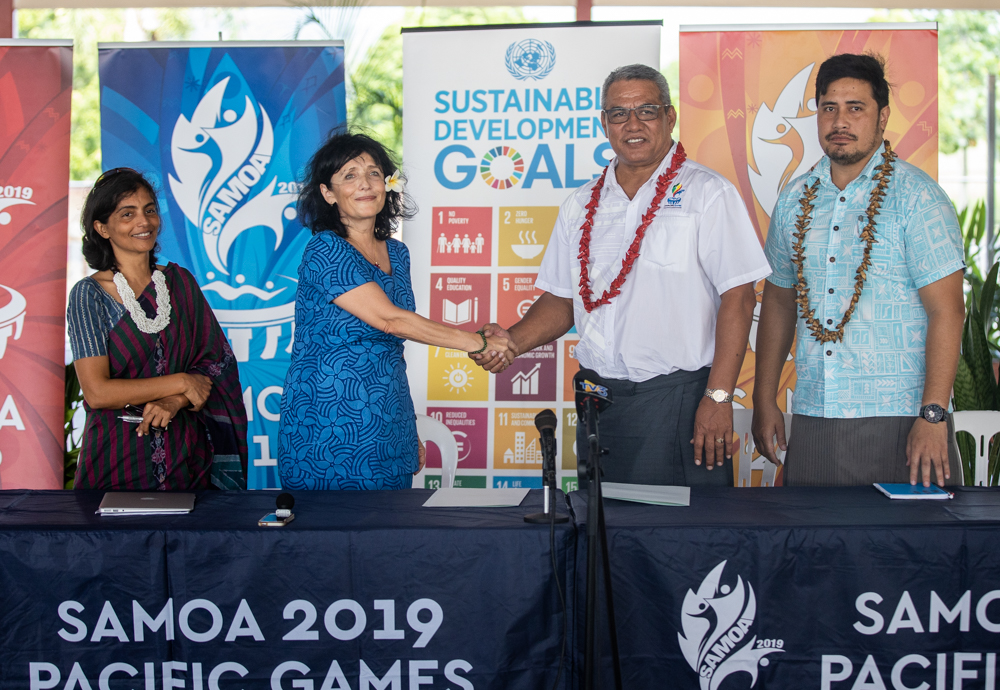 The agreement includes having Samoan athletes speak on camera sharing U.N. messages to the world and wearing U.N. merchandise with messaging. Ms. Marinescu hopes to have commentators participate in sharing those messages too.

Loau gave his full support to the partnership and said he wants the world to see Samoa is doing the work.

Usually this is done as part of the relationship between the U.N and Samoa, but the agency wanted to make a financial contribution to the Pacific Camps, Ms. Marinescu said.

Ms. Nisha said promoting linkages between the S.D.G’s and sport is a meaningful activity.

Throughout the Games, U.N.E.S.C.O will be holding roundtable discussions on disability in sport, management and governance for sport managers and bodies, and for a special meeting for Pacific sports ministers to discuss strengthen sport in the region. 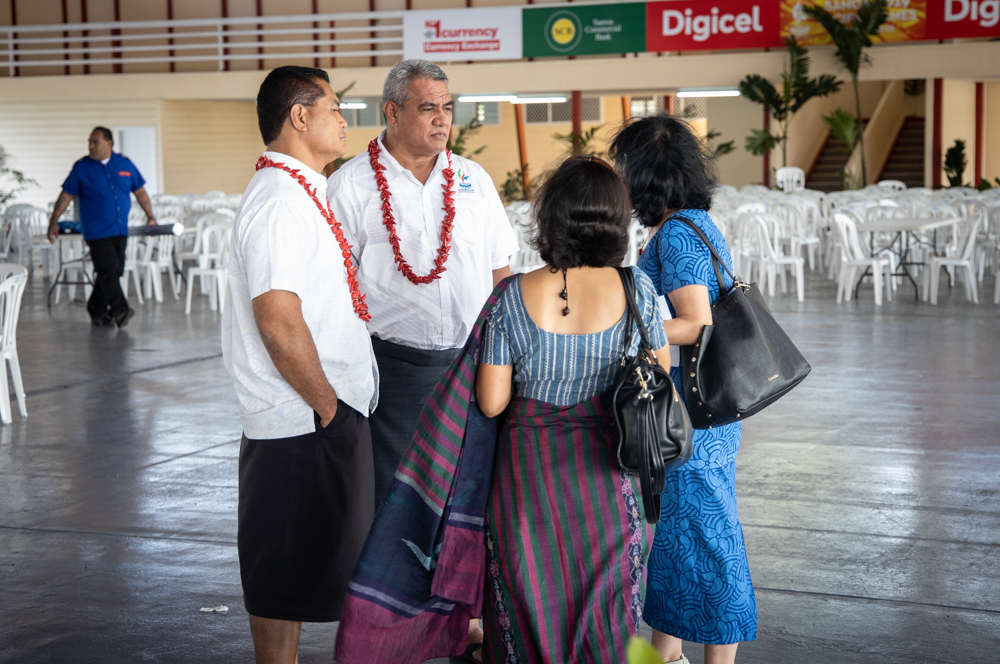