Waterfront sails for every dimension of Samoan reality

The brand new waterfront clock tower Boulevard features five sails, guiding the public from the road to the sea.

They were designed by competition winner, artist and graphic designer, Nadya Va’a, to represent all the different facets of Samoan life.

Each sail has a Samoan motif representing the land, sea, air, fa’a Samoa and the art of navigation. The frangipani is the first, closest to the land, followed by the birds, fish, weaving, and finally an arrow following stars into the distance. 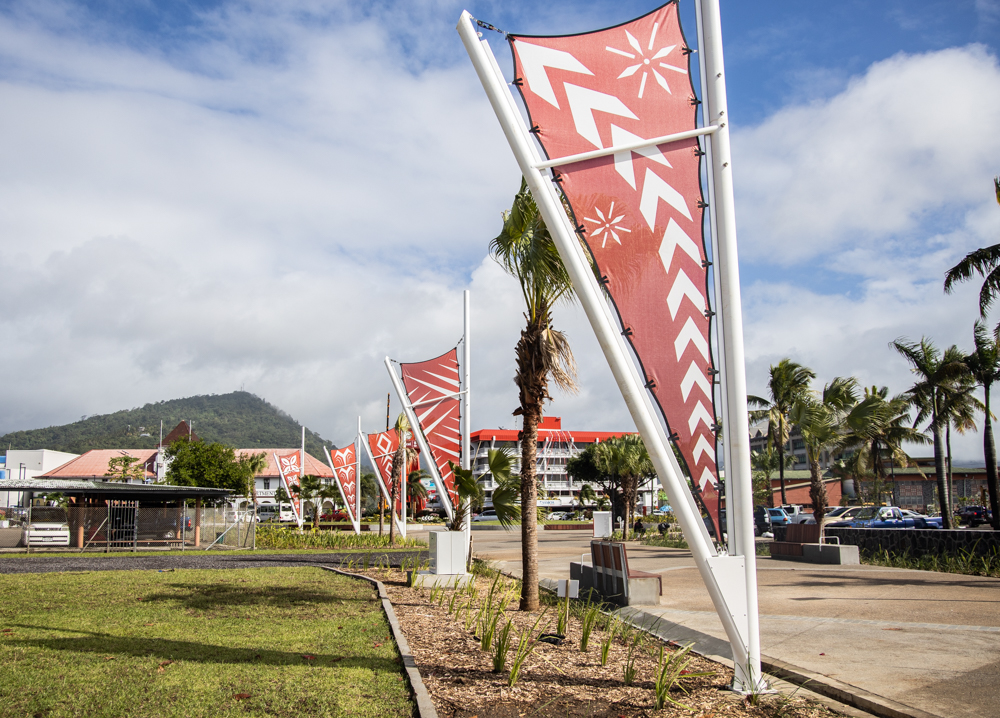 “I wanted it to be a very bold design so it had to be simple yet reflect all sides of Samoan reality,” Ms. Va’a said.

She wanted as many designs as possible, rather than one repeated pattern on differently coloured sails to take advantage of the opportunity to showcase Samoa’s motifs.

“There are so many beautiful symbols to display and where else can you see them on this scale?

“I wanted to depict as many as can but to keep them clear and modern.”

The colour was inspired by the sails of the Gaualofa, Samoa’s voyaging canoe: a rusty but vibrant maroon.

It was Ms Va’a’s first experience working with sail material, and she said she had some concerns about how it would turn out but is pleased with the final product.

“As you can imagine I don’t get to design huge sails every day in my design career, this is probably a highlight.

“I really like the fish and birds. The bird symbol is very unique to Samoa and it’s in the female tatau, so I have a personal attachment to it though I don’t have any tatau,” she said.

For the 11-year resident of Samoa, the opportunity to be involved in the “historic” waterfront development is exciting.

“I would maybe be jealous if it was somebody else!” Ms. Va’a said, laughing.

“Last Saturday when I saw them installing it, they didn’t know in which order to put them but somehow they made the right decision and put the navigation one last, and it is like an arrow going into the sea.” 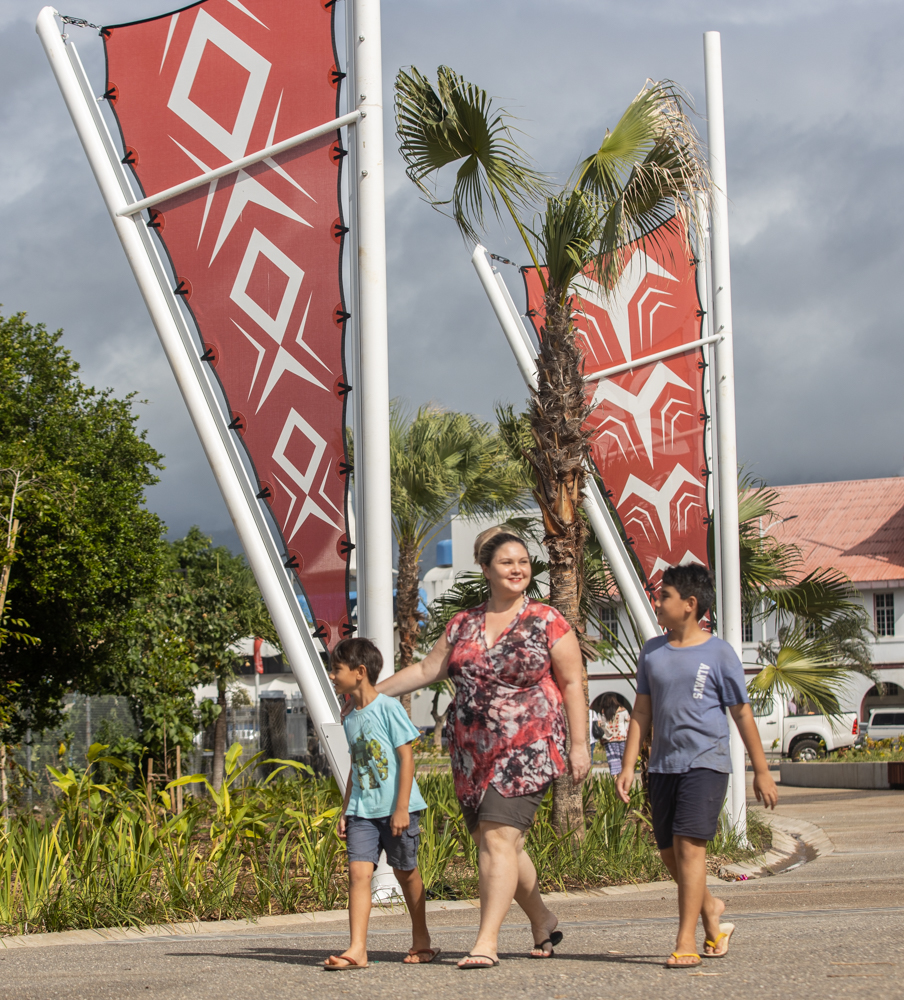 The designer said in all the years she has lived in Samoa, there have not been spaces like the new waterfront areas to take her two young children Maxim and Ruslan to play in.

Watching them immediately take to the new space while she watched workmen install her sails was a special experience, she said.

“I just thought this is such a historical moment,” she said.

“Maybe they will bring their children here, and they are witnessing it being built.

“I just think the whole project is such a good idea and makes life better immediately - kids can run, and it’s safe, and you can sit and enjoy.”