The United Nations is ready for the Pacific Games, with 17 new Sustainable Development Goal (S.D.G.) banners on display in front of the One U.N. House in Tuanaimato.

The S.D.Gs are global blueprints for a sustainable future, with a target to achieve them by 2030.

They display photos from around Samoa (with two from Niue and the Cook Islands, highlighting each goal such as ending poverty and hunger, achieving gender equality and quality education and taking action on the climate crisis.

The United Nations Development Program (U.N.D.P) with the Ministry of Natural Resources and Environment created the banners with a goal to showcase the S.D.Gs and build community awareness about them. 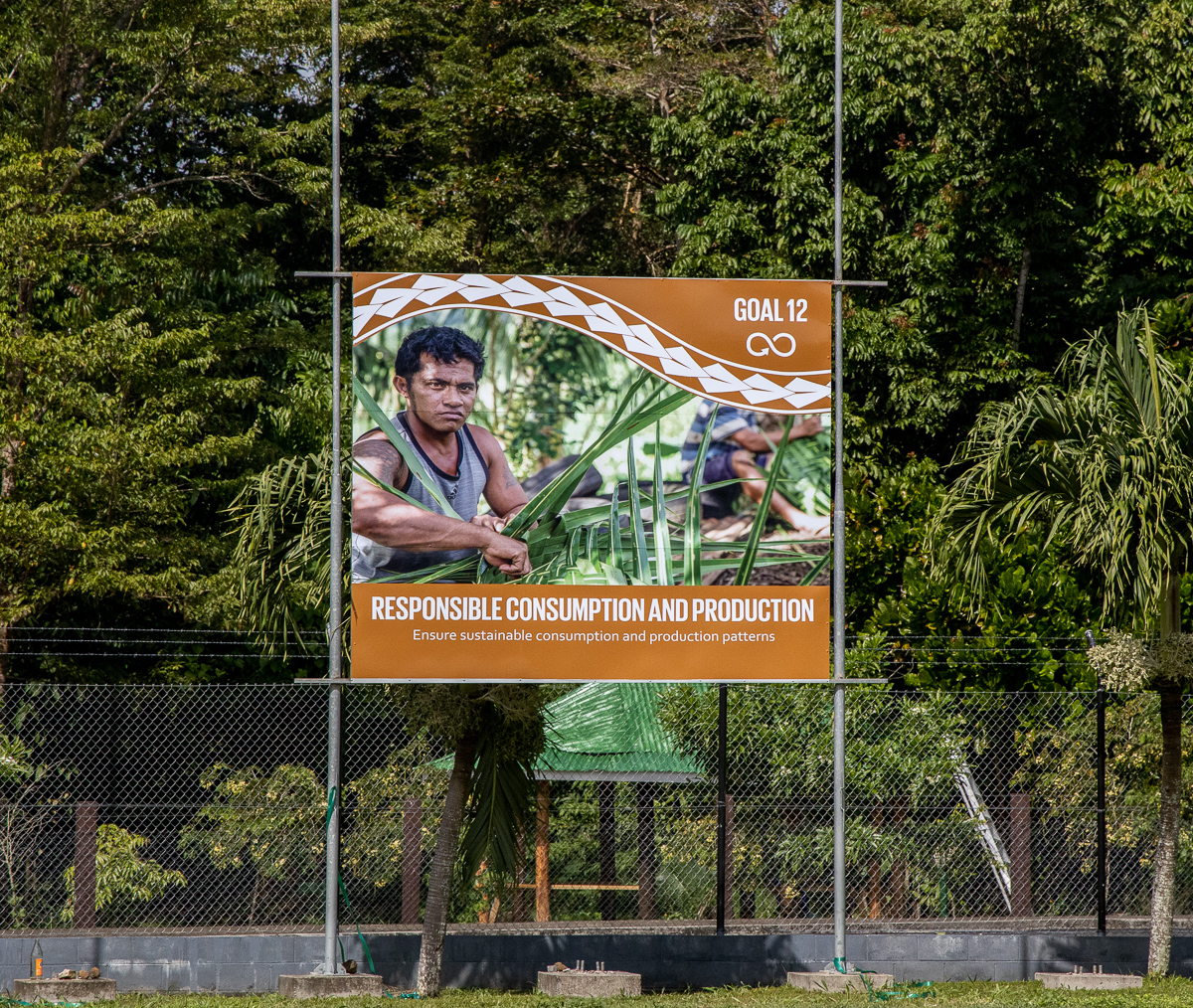 Members of team Samoa for the Pacific Games came to help ceremoniously present the banners by cutting the ribbons around them.

The occasion was an important one for Deputy Prime Minister, Fiame Naomi Mata’afa, who said the S.D.Gs heralded a new era for “a plan of action” for peace and prosperity, and are critical for Small Island Developing States (S.I.D.S) like Samoa.

“The universal nature of the goals ensures necessary global action on some of the key priorities for us, such as climate change and oceans,” said Fiame, who is also the Minister of Natural Resources and Environment.

The goals unite different sectors and nations to work toward the future in more connected ways, rather than in silos.

“These global frameworks are only useful if they are effectively implemented,” said Fiame.

“At the heart of the means of implementation of the S.D.Gs, and the S.A.M.O.A. Pathway is partnership… such as the one between Government and U.N.D.P.” 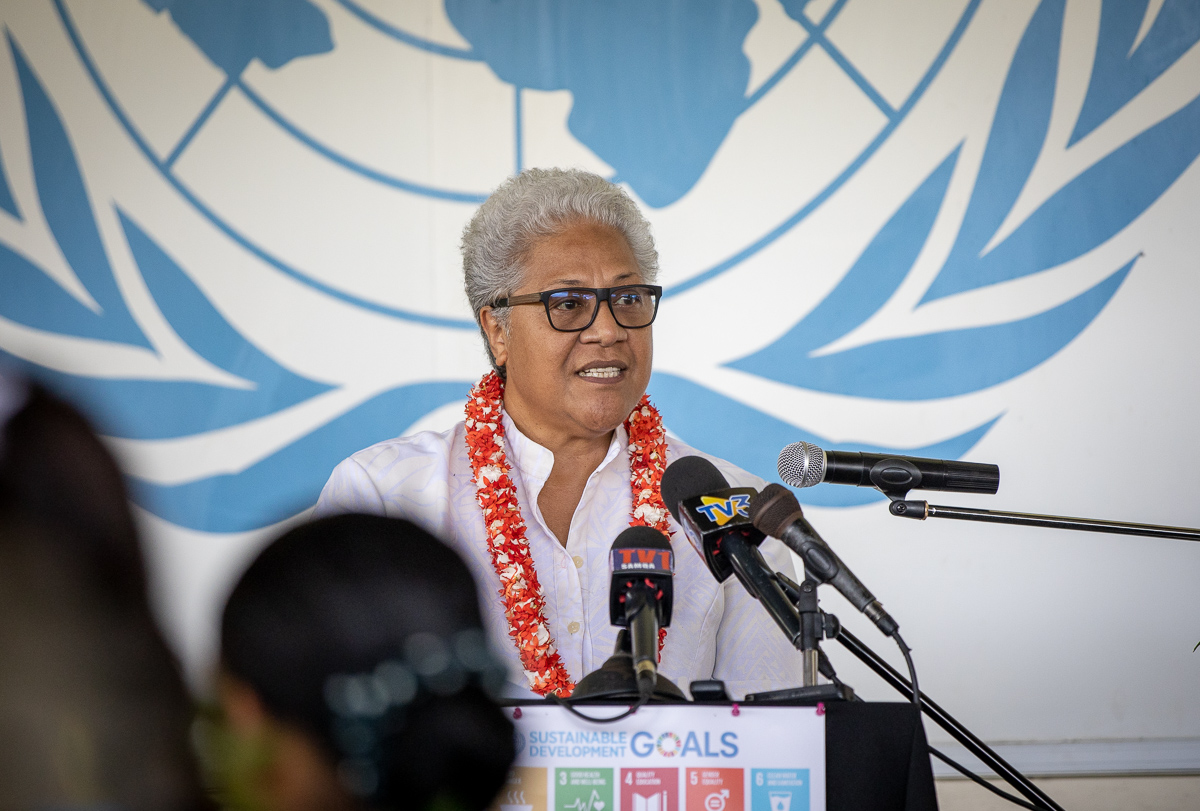 U.N.D.P Deputy Regional Director for the Regional Bureau for Asia and the Pacific, Valerie Cliff, on her first visit to Samoa, said the banners bring the goals closer to Samoan reality.

“It is our hope that by making the S.D.Gs more visible, they will continue to be at the forefront of people’s minds and conscience,” Ms. Cliff said, noting some people may find familiar faces up on the banners.

“What we are launching today are not just S.D.G. banners. The images that you see on the banners are taken from projects that U.N.D.P. has partnered with the Government of Samoa on.”

“The images represent strong partnership with many stakeholders, particularly the Government of Samoa through M.N.R.E.

The banners were installed and officially launched to coincide with the Pacific Games, to maximise the influx of people around Tuanaimato over next two weeks.

Unfortunately the road they are on will be closed to the public throughout the Pacific Games.

The Pacific Games 2019 Facebook page published the announcement on Tuesday, stating that S.I.D.S Road from the Faleata Golf Course down to Talimatau Road will be closed from the 7- 20 of July. 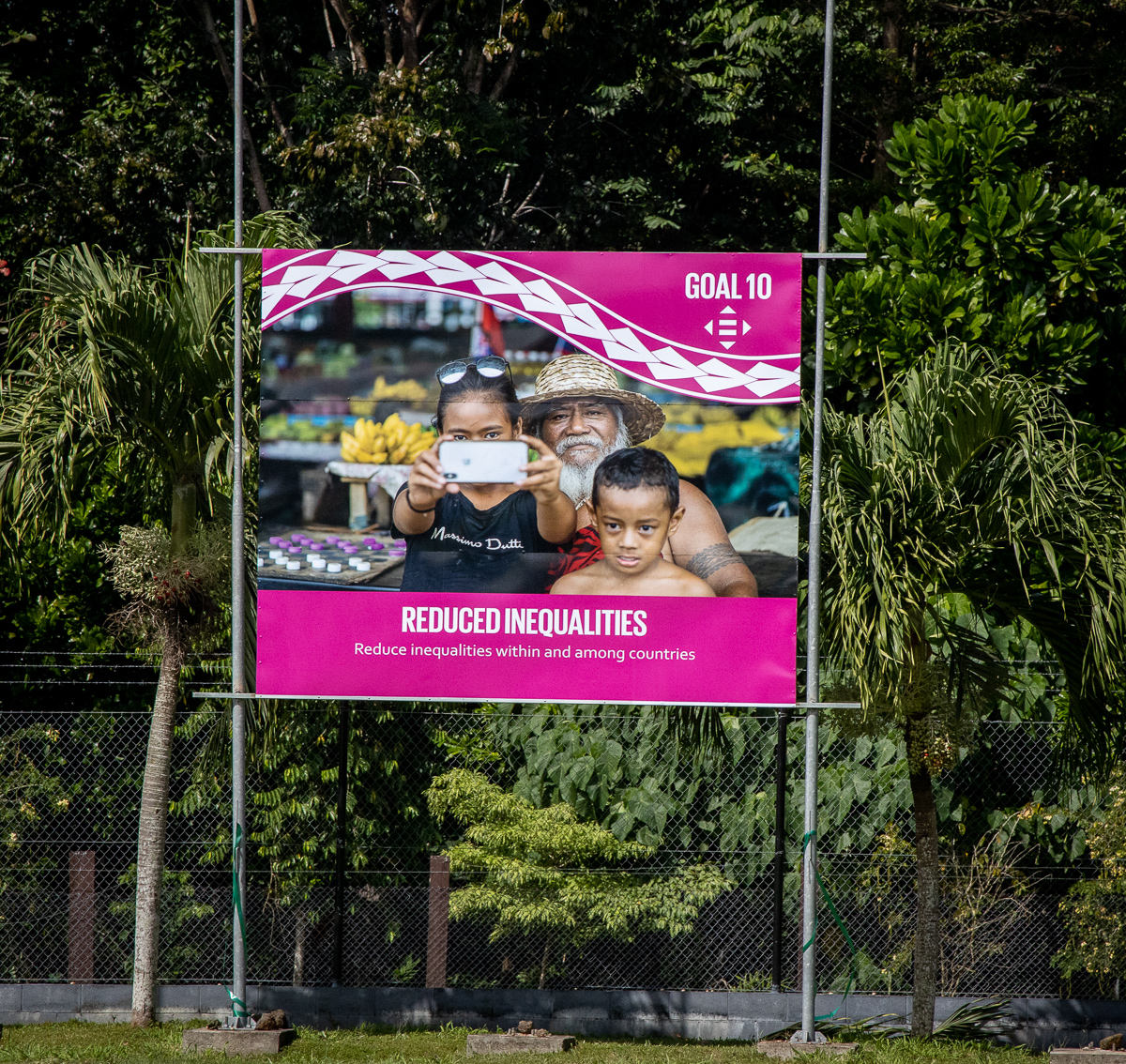 The man behind the banner photographs, U.N.D.P. Communications Specialist, Alvaro Hoyos, is not too disappointed, saying even if not as many people see the banners during the Pacific Games, they will be up for some time.

“Internally, the grounds look much better than before,” Mr. Hoyos said.

“It is also for the people working in the U.N, and for guests coming, it’s not just for those who pass by with their cars or go jogging, and that is equally important.”

Mr. Hoyos spent two weeks taking photographs or gathering the right shots for each of the S.D.G banners from around Samoa, except for one from the Cook Islands and one from Niue. 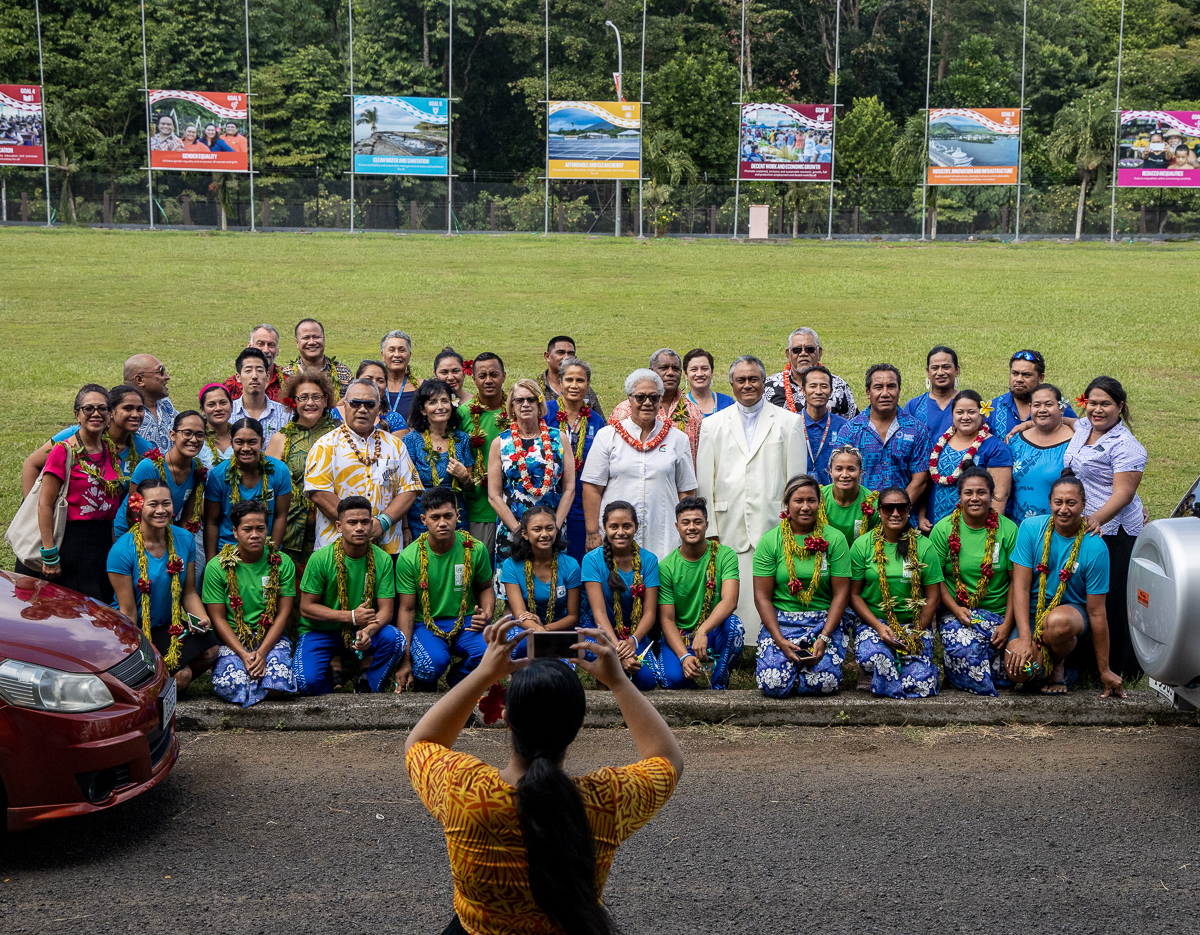