Development partners across the world have banded together to give $400,000 tala to the Pacific Games to make it the first "green" event in the region.

Implemented by the Secretariat of the Pacific Regional Environment Program (S.P.R.E.P.) and the Ministry of Natural Resources and Environment, the "Greening of the Games" includes waste management initiatives and promoting reusable or recyclable products during the two week sports event.

New Zealand, Australia, the United Kingdom, France, and United Nations Environment Program each contributed to the fund of $400,000, which among other things has enabled the Games to procure water stations which after the games will be distributed to schools. 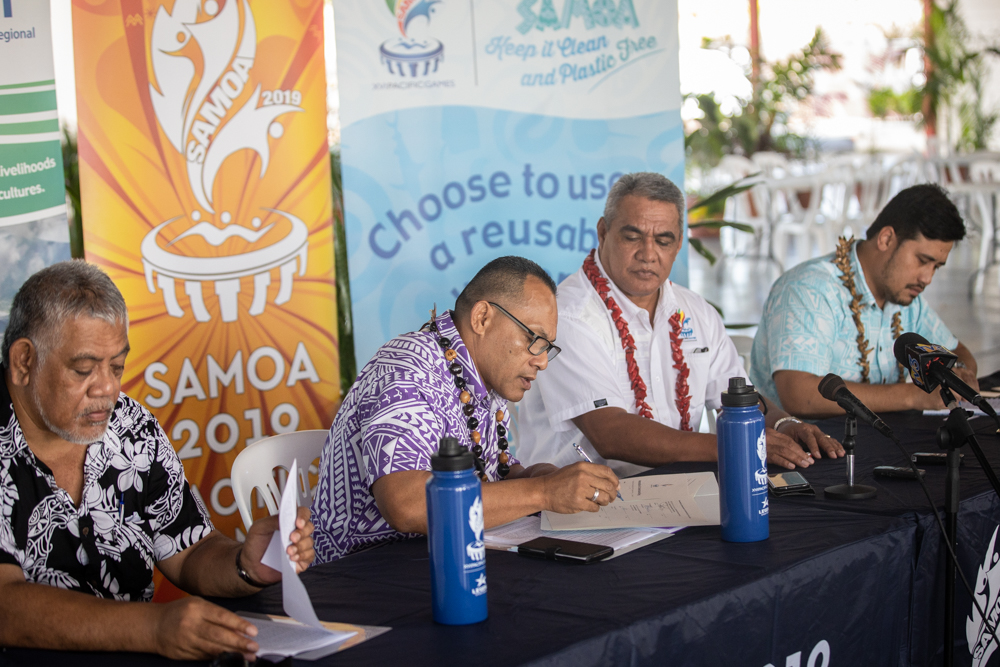 Director General of S.P.R.E.P., Leota Kosi Latu, said the initiative is a milestone for the region.

“I believe this is the first serious effort by a host country to try and green the games,” he said.

The Games officials, athletes and volunteers have all been given reusable, durable water bottles, and food vendors and caterers must serve food in recyclable cardboard or palm packaging, not in Styrofoam.

Styrofoam, used for food packaging because of its cheapness and ability to store food at chosen temperature, takes around 500 years to break down in a landfill, and easily breaks into little pieces which end up in the oceans, affecting sea life and food systems.

While the public spectators might bring in the odd water bottle or plastic box, Leota hopes each event will be as plastic free as possible.

The waste management initiatives are important not only for sorting rubbish into waste and recyclables, but also to collect data on habits and waste use.

“We want to provide a legacy for future Games,” said Leota. 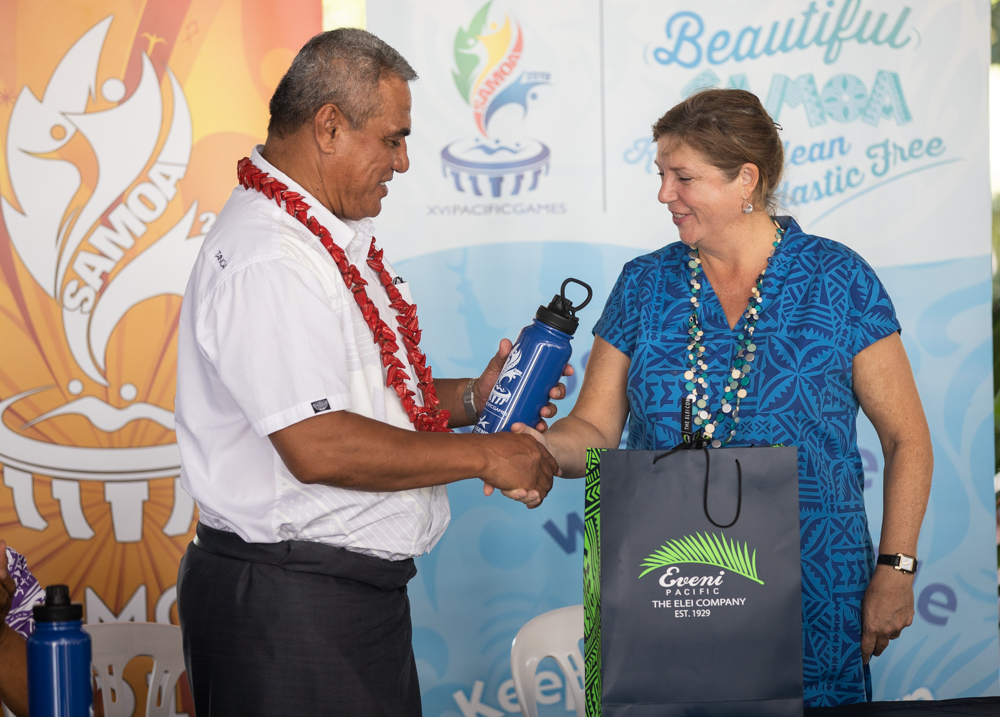 The Solomon Islands are already following suit, he announced. The next Pacific Games, hosted there in 2023 will be adopting the ‘plastic free’ theme and using the blueprint developed by Samoa for waste management and awareness.

Australian High Commissioner, Sara Moriarty, congratulated Samoa and S.P.R.E.P on the achievement, saying it demonstrates the strength of Samoa’s leadership in the region.

“This is an example of what people can do when they put their minds to it.”

And New Zealand’s first secretary for development, Taua Pati Gagau, acknowledged how far ahead Samoa is in the region in the fight against pollution and its impact on climate change.

On the 1st of July, New Zealand’s own ban on single use plastic bags came into effect. “We are just catching up,” Taua said.

Head of U.N.E.P., Sefanaia Nawadra, and Deputy High Commissioner of the United Kingdom Robert Contractor also offered their congratulations, and their pride in collaborating on issues of global importance. 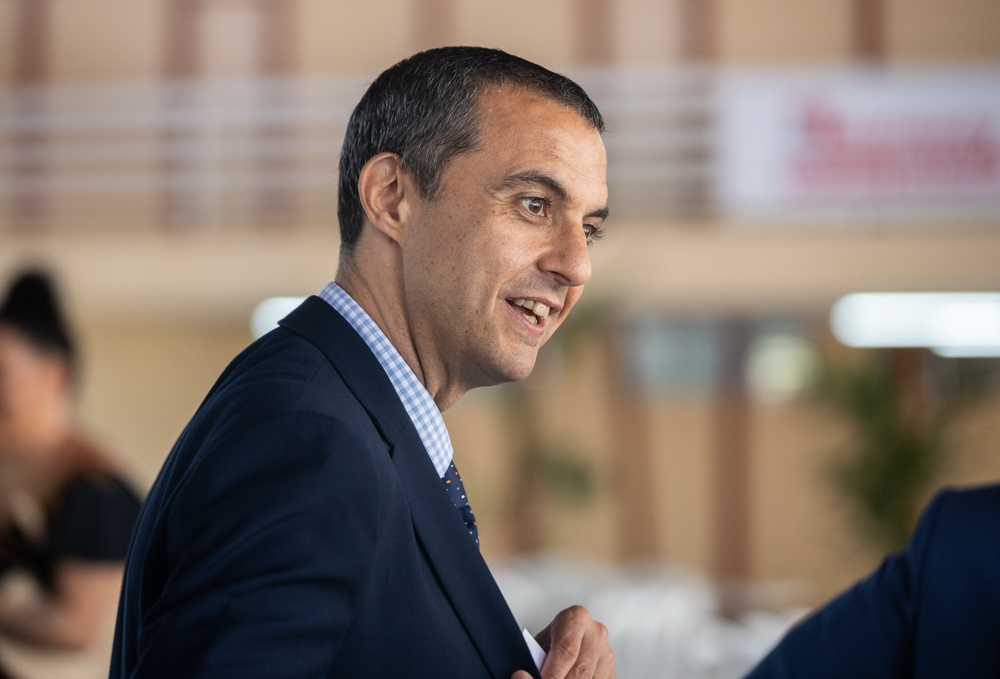