Luse Emo Tauvale (in the middle) with supporters at the Supreme Court (Photo: Areta Areta)

The sentencing of two nurses, accused over the deaths of two babies after they were administered the Mumps, Measles and Rubella (M.M.R.) vaccine in Savai'i last year, did not go ahead.

This followed a “change of position” by the prosecution who filed a memorandum in relation to the sentence for the nurses when the matter was called on Tuesday.

The two nurses, Luse Emo Tauvale and Leutogi Teo, have pleaded guilty to the charges against them.

She is also charged with conspiring to defeat the cause of justice, in relation to an investigation into the death of the two infants at the Safotu District Court in Savai’i.

Ms. Teo pleaded guilty to one charge of negligence causing manslaughter to the one-year-old infant boy from Sasina.

They are represented by lawyer, Tauiliili Harry Schuster. 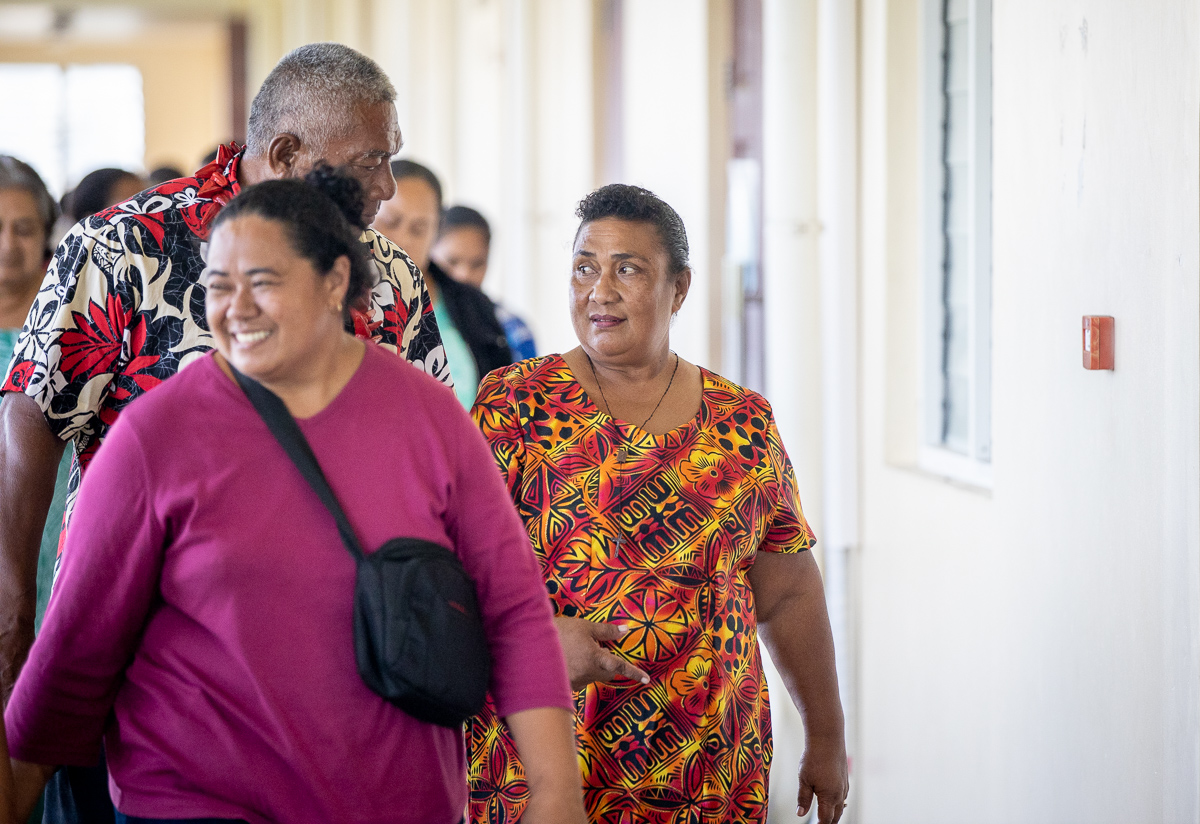 Justice Vui said the memorandum filed by prosecution “indicates a substantial change in position” to the nurses’ sentence.

In confirming he has also received the memorandum from prosecution, Tauiliili asked for an opportunity to respond to it.

Justice Vui then adjourned the matter for sentencing to Friday 12th July 2019.

The defense lawyer has been asked to file his response before then.

Ms. Tauvale and Ms. Teo are remanded on bail with conditions to sign in at the Police station.

Outside Court, Tauiliili confirmed that he had sought non-custodial sentences after the nurses' change of plea earlier in June.

The submission was initially supported by prosecution.

Prosecutor Magele declined to confirm what prosecution’s “change of position” was when she was approached.

Following the incident in July last year, where the two infants died after being administered the M.M.R. vaccine, the Ministry of Health placed a nationwide moratorium on the administration of the vaccine.

An investigation and inquiry were subsequently launched to investigate the procedures used to administer the M.M.R. vaccine and alleged discrepancies relating to the death of the two infants.

In April this year, the moratorium on the M.M.R. vaccine was lifted when Health authorities declared the vaccine safe.