Some of the C.C.C.S church ministers (Photo: Areta Areta)

Ministers of the Congregational Christian Church of Samoa (C.C.C.S.), who defy the General Assembly’s resolution not to file tax returns with Government, are to be stripped off their pastoral responsibilities.

This was the C.C.C.S. General Assembly’s resolution when the church gathered at Malua to discuss the issue of taxing Church ministers in 2017.  The decision was revealed in the District Court on Tuesday during the cross examination of the Commissioner of Revenue, Matafeo Avalisa Viali-Fautua’ali’i.

Matafeo is the main witness for the prosecution, in the hearing of the first group of 20 church ministers who have been charged for failing to file and withhold tax. The defendants have pleaded not guilty to the charges against them.

In the District Court on Tuesday, defense lawyer, Alex Su’a, had asked Matafeo if she was aware of the C.C.C.S. General Assembly resolution, in which it was unanimously agreed that all the church ministers oppose the Government’s law to tax their alofa.

Mr. Su’a had queried the Commissioner if this was why she refused to reveal the names of the church ministers that have filed taxes.

The Court heard that less than 10 C.C.C.S. Church ministers have had their names registered in the Ministry of Revenue system.

A list received by the Ministry from a source was used to register the names of less than 10 church ministers in the system.

In response, Matafeo said there are provisions in the law that protect the identification of the parties that filed tax.

“There are no official reports received about the decision from the General Assembly,” said Matafeo. “It is what was relayed to me by the officials that went out in the field.”

Mr. Su’a then put it to Matafeo that the reason why the church ministers have not filed tax is because they fear repercussions from the church.

The lawyer made reference to the Commissioner’s evidence the day before, where she stated that there are church ministers who want to file tax but are afraid of the consequences from the church. 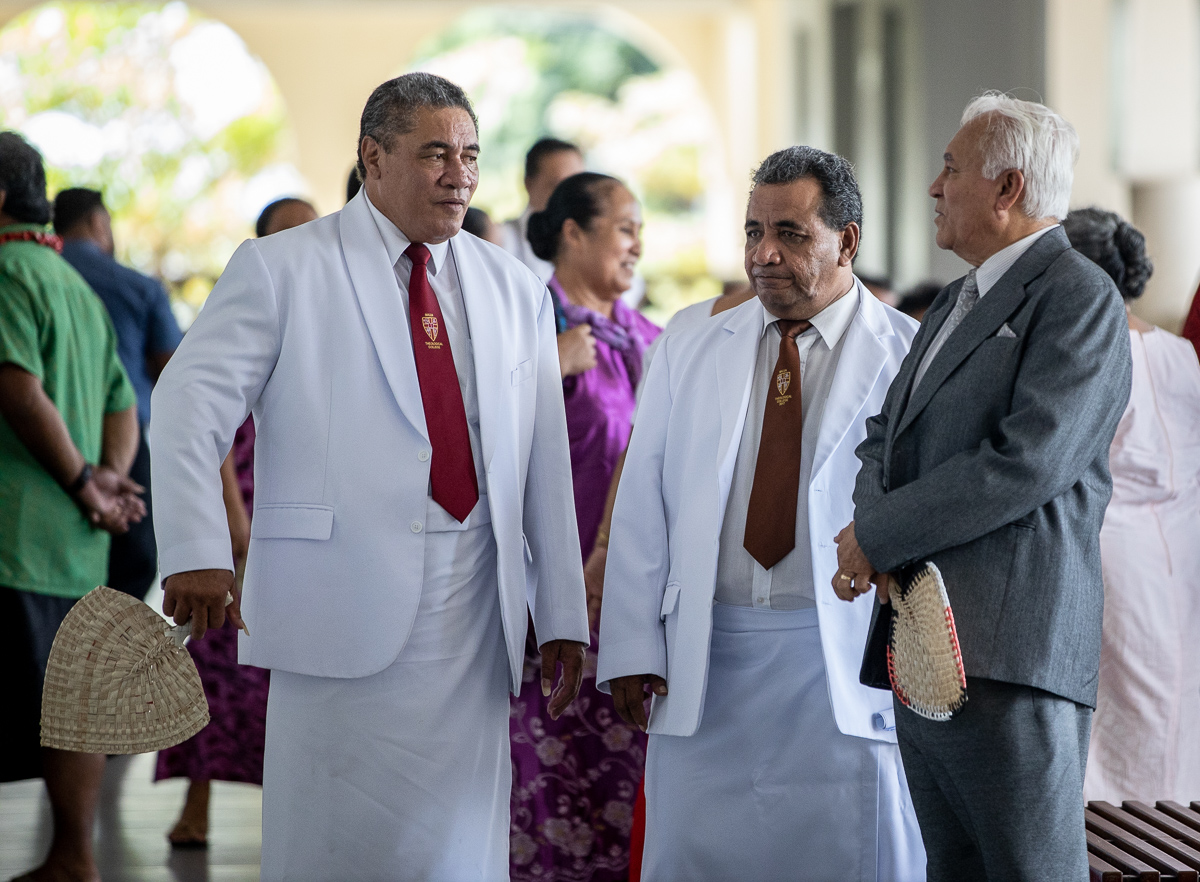 Matafeo reiterated that is the report she received from what the officials gathered from out in the field.

“I put it to you that when the General Secretary comes later on and give evidence, he will testify that the General Assembly is firm on its position to oppose paying taxes, because once they do they will be stripped off their position as ordained pastors,” said Mr. Su’a.

“The church ministers have a sworn oath before God, it is not an oath to the Government.”

In response, Matafeo said that is the oath of the church ministers but under the law, they have to file tax. She explained that the view of the Ministry does not look at the issue one-sided but considers the views of the general public.

“I am a congregational member but nevertheless whether I am a C.C.C.S. member, Catholic or L.D.S. my job and view is in accordance to the law,” said the Commissioner.

Mr. Su’a said the church ministers are indecisive because of the resolution from the General Assembly and there is also the amendments in the Act for them to pay tax.

He told Matafeo that considering the position of the church and the tax legislation, it is the reason why the church ministers have not filed their tax. But the Commissioner disagreed.

She argued that despite the position of the church, it should also take another look at the issue and the law where “everyone is equal”.

At this point, Mr. Su'a questioned the Commissioner, if there is any other way that the church minister can abide by the law in filing tax and at the same time complying with the church’s resolution.

He said the fear is the church ministers will be stripped off their position if they go against the church resolution.

She made reference to ministers of religion from other churches who have accepted and now complied with the law.

“I don’t agree with that and there should not be any special treatment for the church ministers,” she said.

“In response to your question there is no special provision under the law to provide for the C.C.C.S. church ministers case.”

The next issue raised in Court was the definition of the minister of religion and the role of the faletua or the minister’s wife.

The Income Tax Act defines a minister of religion as an individual who is ordained, commissioned, appointed or otherwise holds an office or position regardless of their title or designation as a minister of a religious denomination or community that meets the charitable purpose for the advancement of religion.

The duty of a minister of religion is related mainly to the practice or advancement of religious beliefs and whose duties are performed on a regular basis.

According to Mr. Su’a, the definition of the minister of religion can also suit the profile and role of the faletua. 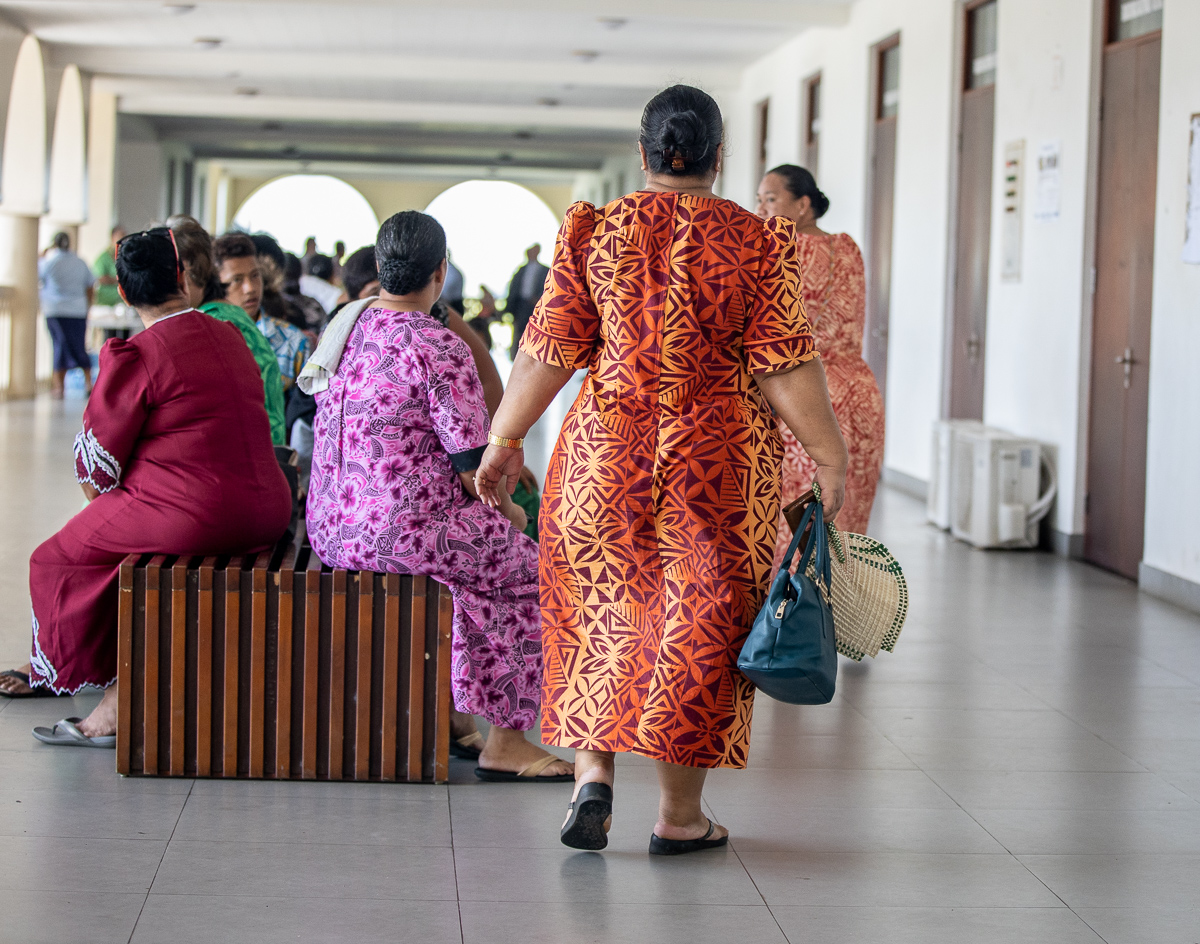 He made the point that without the faletua, a minister of religion cannot be ordained.

Their role is also to assist a religious denomination for the purpose of advancement of religious believes and is performed regularly, said Mr. Su’a.

The Commissioner disagreed saying that a minister of religion refers to the church minister and is an individual.

Mr. Su’a argued that a faletua is also an individual.

He then put the question to the Commissioner that in a scenario where the contribution from the congregation is received by the hands of the faletua, then that money is not taxable.

The lawyer referred to the earlier evidence of the Commissioner where she said even if a monetary consideration or contribution is given voluntarily when it leaves the hands of the giver, it is a donation, but once it is received by the church minister, it is taxable.

He used the example where the congregation intends to give the money to the faletua then the money should not then be taxable.

But Matafeo said no.

She explained that because the money is given by the congregation and intended for the church minister, it is therefore taxable.

At this point Mr. Su’a put it to the Commissioner how it could be taxable if she is agreeing that the faletua does not fit the definition of the minister of religion in which monies to them is taxable.

Matafeo said she does not accept it pointing out that the main source of that contribution is from the congregation. 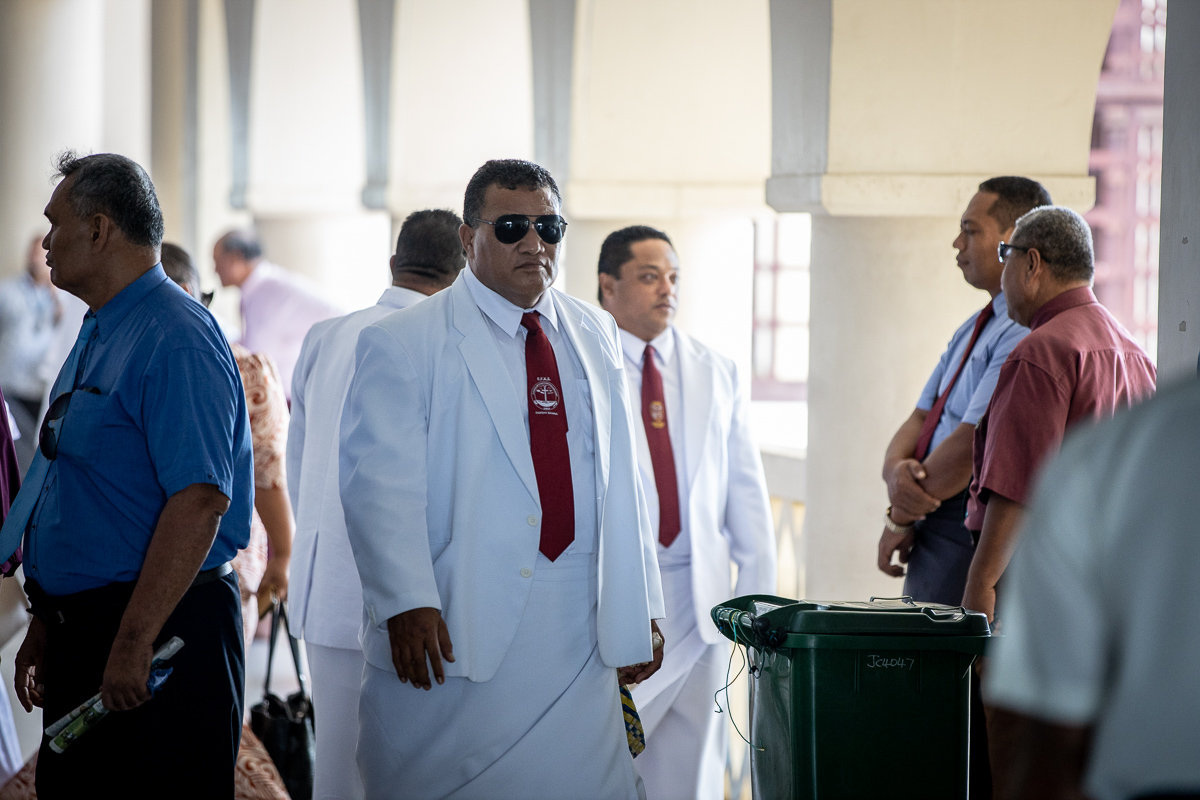 “I believe that the congregation intends to give the money to the church minister for his work in giving spiritual guidance,” she said.

“If there is no church minister then the faletua does not exist and means that the covenant with the congregation needs to be annulled.”

He put it to the Commissioner that the tax law does not say give any guidance as to what will happen if it’s the faletua that receives the money.

He pointed out that if the definition of the minister of religion is those receiving money from congregation, he is obligated under the law.

Judge Leota raised that if the intention of the law is that the monetary consideration from the congregation is given and intended for the faletua, then they too should be charged.

He said the faletua benefits from the congregation's consideration, then she also needs to register as a taxpayer.

Furthermore, the Judge said that technically under the law there is no provision that states anything about an agent receiving the consideration on behalf of the minister of religion.

Another area that was discussed in Court is a B4 form in which the employees use to register and file tax with the Ministry of Revenue.

In her earlier evidence, Matafeo said there was an updated form where the church ministers can use to file tax.

She explained in one of the sections it states employee/minister of religion which allows them to file application to file tax.

But Mr. Su’a said there was no form made available for the church ministers.

The Commissioner, in her evidence on Monday, insisted there is a form in which it is used by church ministers to file tax.

Mr. Su’a said if the church ministers are not employers nor are they employees, then they are not obligated to fill in the form.

He added the form as stated by the Commissioner in her evidence is for the employee to fill in and file.

Mr. Su’a had then asked Matafeo during cross examination if she accepts that there is no such updated form with the changes to include minister of religion to file tax.

Prosecution closed their case after two other witnesses from the Ministry of Revenue gave evidence yesterday.