The first stage of the Apia Waterfront Development Project is open, and even a heavy downpour of rain couldn’t dampen everyone’s spirits at the launch.

Just one year had passed since the ground breaking at the waterfront. 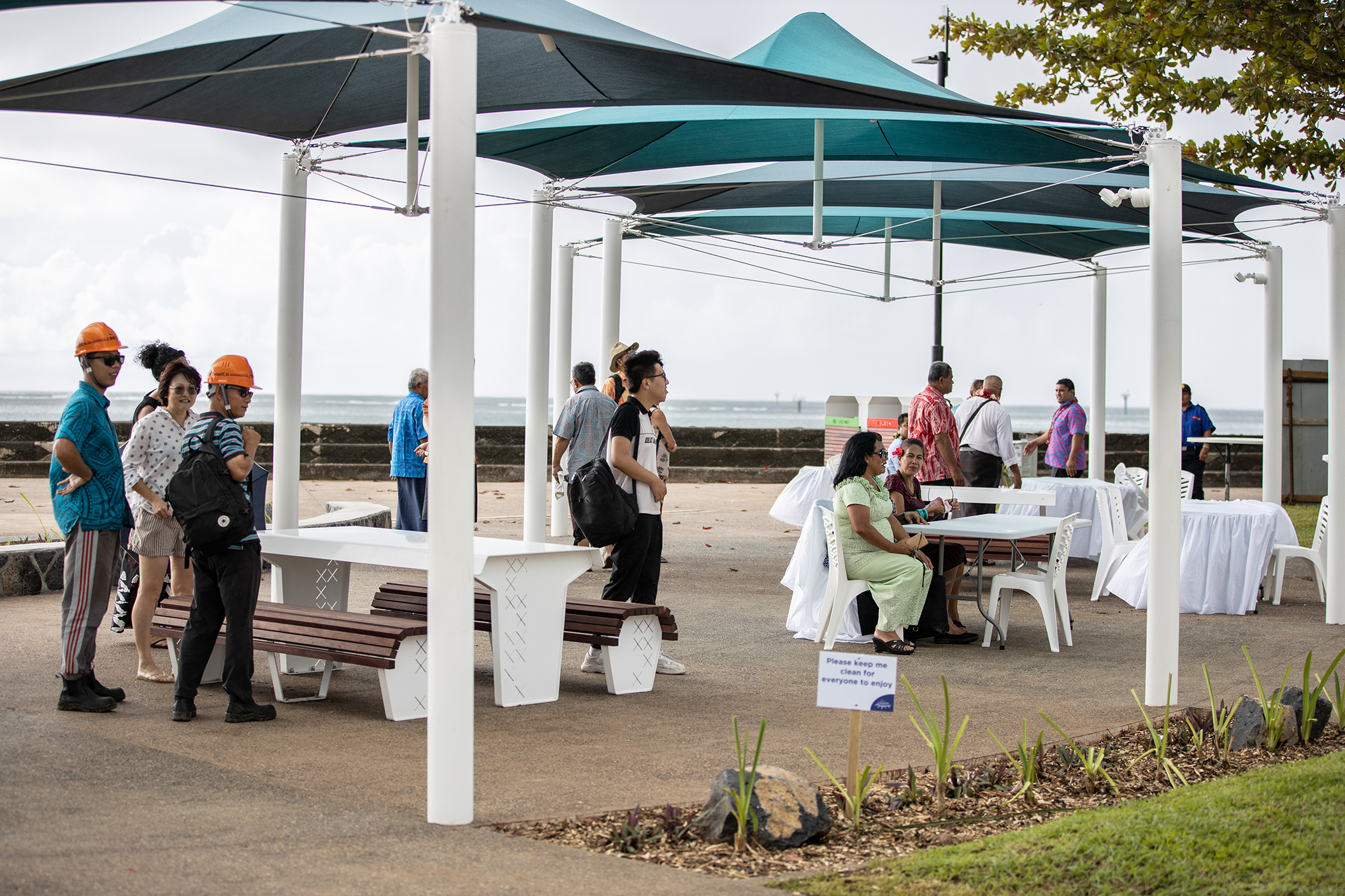 “Everyone involved is to be congratulated for the timely completion of these works,” he said.

“Today is a historical day of all of us, to see plans and investments, hard work and good will come to fruition.”

Tourist and locals stand to benefit from the beautification of the waterfront and the plans include climate resilience and safety improvements to what should become a busy and vibrant space, he said.

New Zealand has supported the waterfront developments from the beginning, through its bilateral aid program. That includes financial aid, design supervision and construction of the central events space and clock tower Boulevard.

“It is my hope that all will enjoy the redeveloped spaces, and will take great pride in maintain these public spaces that will ensure we will have a sustainable, beautiful and clean Samoa," said Tuilaepa. 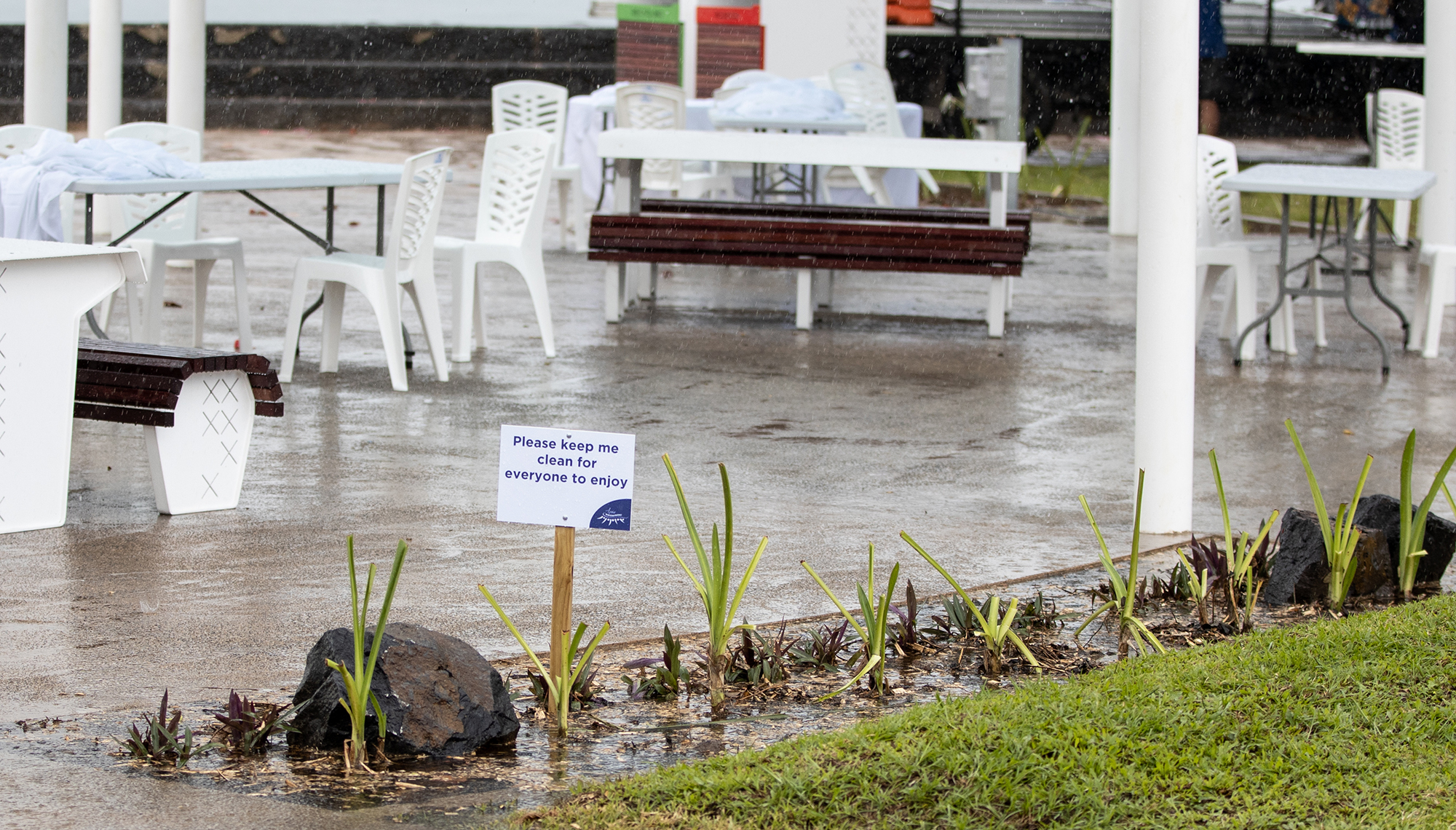 “It is with pride that New Zealand has worked alongside Samoa at different stages of the waterfront development. We commend Samoa on its leadership and vision,” Vaovasamanaia said.

“Together, our coordinated efforts are making a bigger impact than we could achieve alone,” Taua said.

New Zealand became involved in 2015 with the Apia Waterfront Development Project and will continue until its conclusion in 2026. 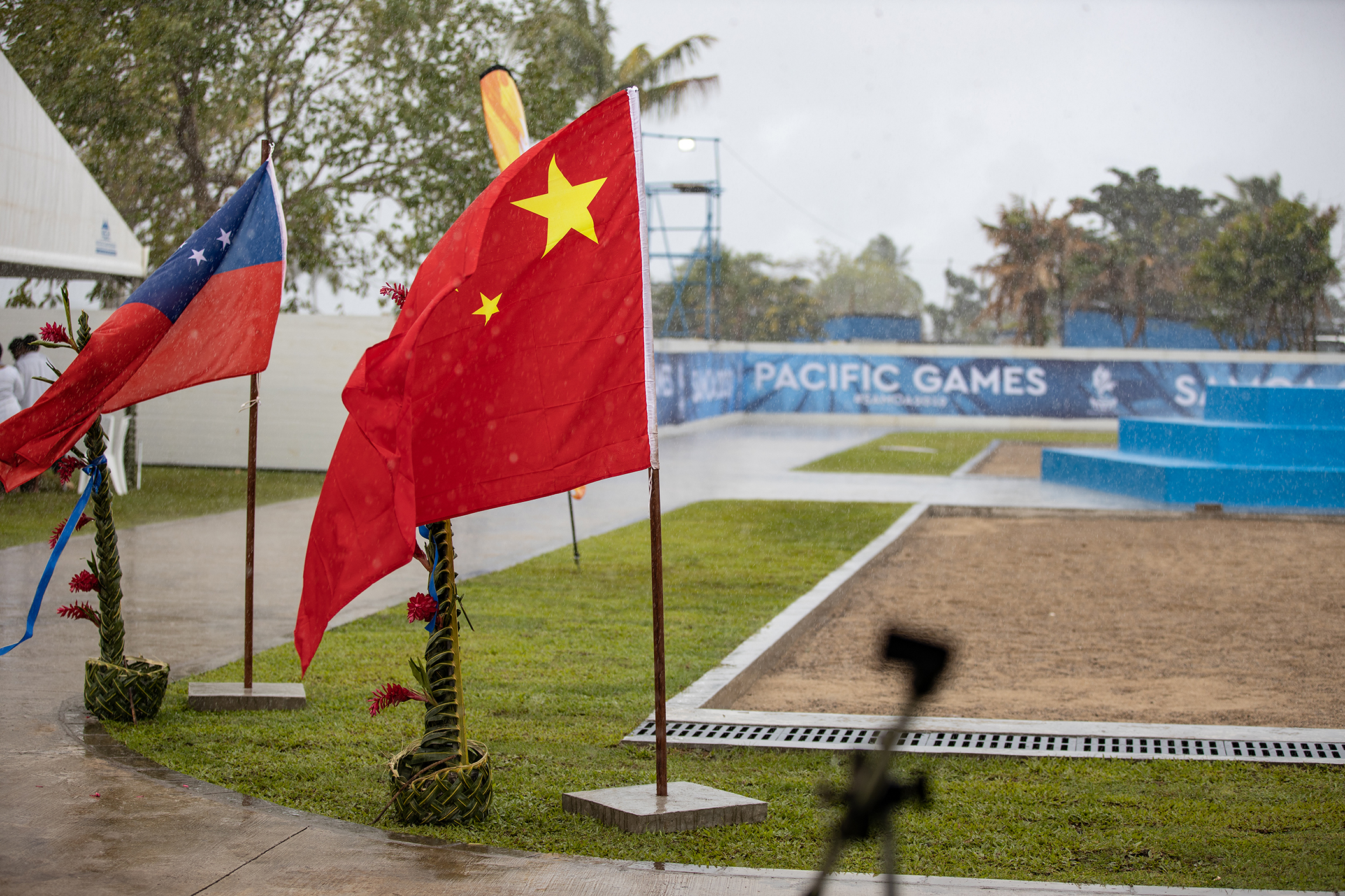 The beach volleyball courts are the first stage of a larger project, the China Samoa Friendship Park between funded by Huizhou, a city in Guangdong, China. When it is finished it will include a children’s playground, and dining areas.

The volleyball courts were speedily completed in order to use them during the 16th Pacific Games beginning on Sunday, which Tuilaepa thanked the building team for.

“The Chinese construction team worked very hard and managed to complete it in just a few months,” said the Ambassador for China, Chao Xiaoliang.

“The two volleyball courts are in line with the highest international standards,” he said.

“I am sure after the Pacific Games, the courts will be become a popular sport for the Samoan people.” 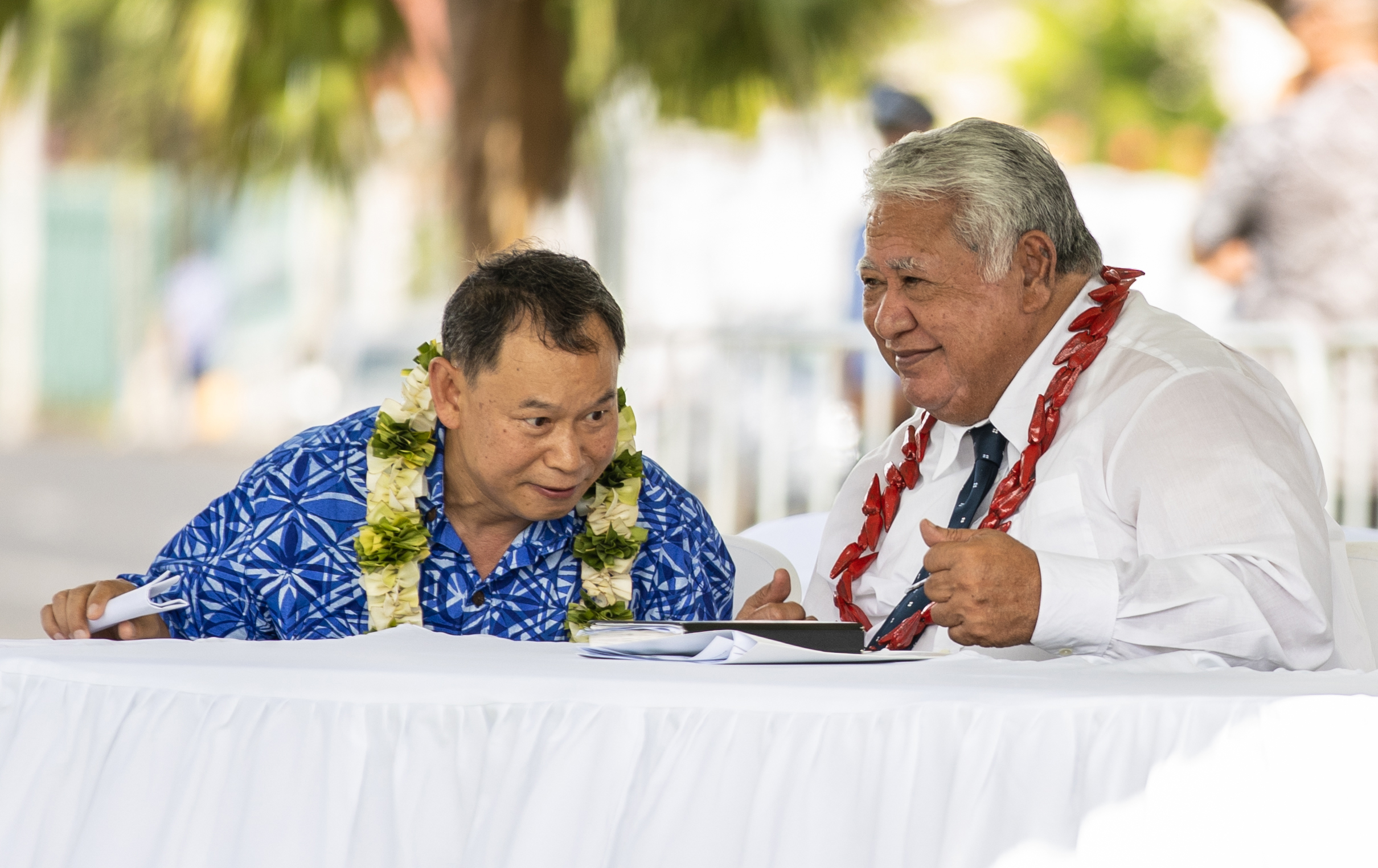