Peter Tufuga-Tautua, Tavita Junior (T.J) Paulo and Damien Tuala have been guiding and working with the artists to write their own lyrics and harmonies.

The end result is a love song, with rap verses and singing by all 20 up and coming artistes.

Mr. Tufuga-Tautua said he wants to give back to the music scene by building up artistes who may not have avenues to progress their careers alone.

“In New Zealand and Australia, they have their avenues they can take to get music done but if I want to give back it should be here, in my parent’s home,” he said. His family is from Fasito’o-tai and Sataoa.

Young people need a variety of career options, he said, and support getting there.

“Just seeing what my parents went through, the stories my mum told me about trying to get work living in Samoa, I feel like there are more opportunities to make money playing sport, and there is not enough things here to open doors for these youths.

“If more artists did what we are doing it will help them.”

Mr. Tufuga-Tautua’s vision was to bring a comprehensive workshop on the basics of making music. He consulted his music mentor Savage (Demetrius Savelio, Deceptikonz) and his youth worker brother to build the most relevant curriculum possible.

But all that was forgotten as soon as the participants opened their mouths and performed.

“The talent is crazy here,” he said.

“They don’t understand that they are beyond their time. They think their level of talent is down here, but it’s up here with us.”

The singer said the artists are ready to record and release music as soon as possible, but they think that is out of reach for them because they’re in Samoa.

“These girls came in, sang a vocal harmony and they did it in one take,” Mr. Tufuga-Tautua said.

“I have been in studios with artistes where it has taken three hours to record a verse. These kids did it in a few minutes.”

Connie Craig is 19, and said she has been writing and singing songs from nine years old. After high school, she stopped prioritising music as the “real world” took over.

“Sometimes my schedule would be so stuffed that I felt like I never had time to just sit down with pen and paper and my ukulele, and that discouraged me from furthering my talent, developing my love for music,” she said.

Brown Girl Woke, local non-profit organisation with chapters in the National University of Samoa and the University of the South Pacific was instrumental in getting young musicians in front of Down to Please. Their members contacted musicians online or over the phone, telling them to give it a go.

Her friend from B.G.W invited her along to D.T.P’s workshop at the National University of Samoa last week, and she feels back on track and inspired to make time for music again.

“If these talented men can have time to make the time – they have children, businesses – then I can do the same thing.”

Ms. Craig said she has at least 20 original songs she has been working on since childhood. She contributed a verse to the song the whole group built together, and performs the harmonies in their chorus.

She said for her, song writing is both about strategy and expressing yourself.

“When you write lyrics, you have to think a lot. What am I going to write first, does this make sense, let me change this line, swap it with the chorus.

“If you don’t know how to talk, sometimes you’ve just got to sing it out. I do believe music carries the message much stronger to people, especially with important, sensitive cases, more than talk.” 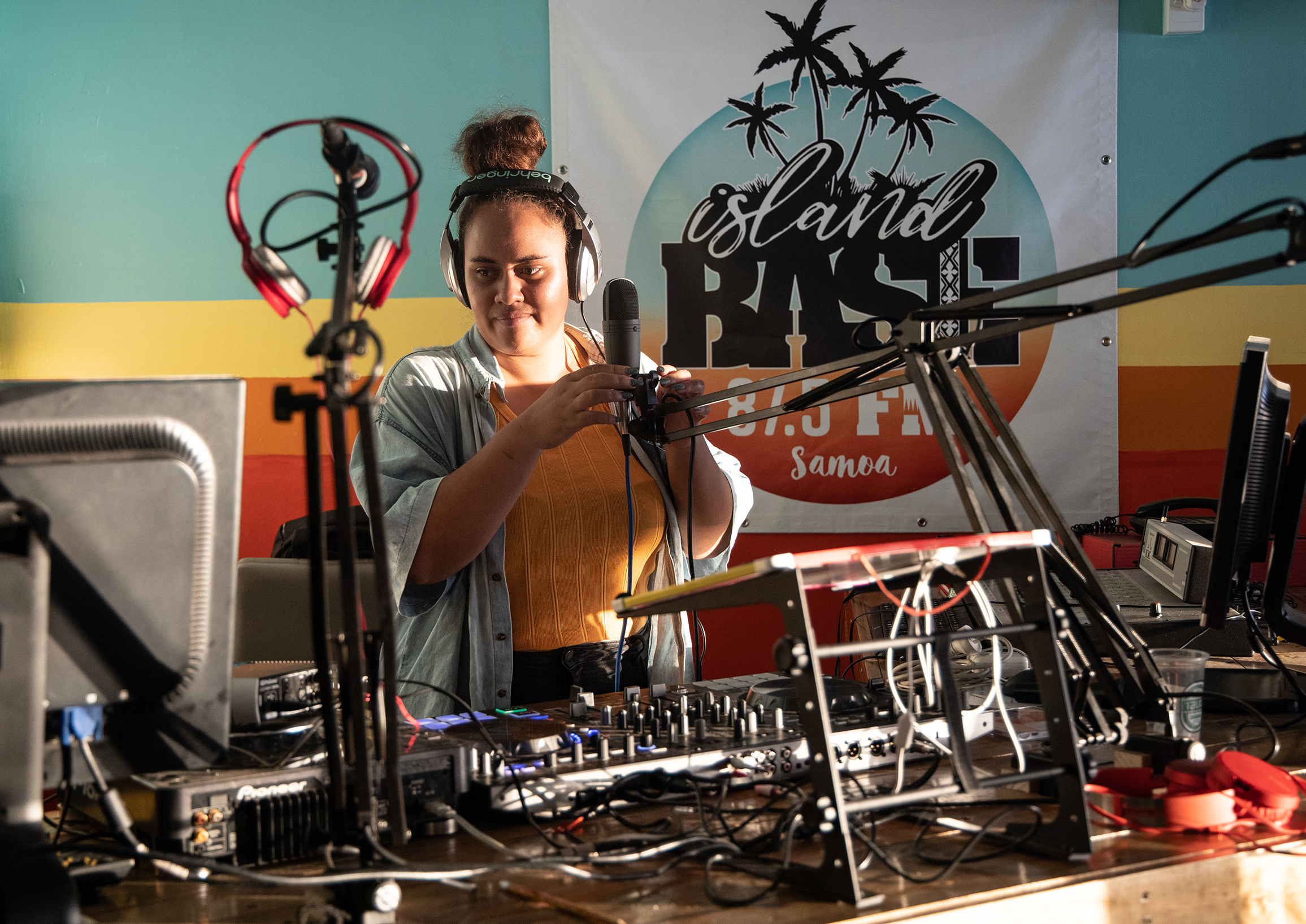 Samita Samuelu is from Moataa. She is 22 and studies law and psychology at the University of the South Pacific. She too quickly found music took a back seat when life got busy.

She said her family needed her financial input and music couldn’t provide that.

“Singing is viewed mostly as a hobby, not a profession,” said Ms. Samuelu. But the workshop was a fresh start, a reminder that it is possible.

“I know some of these local artists, and we would always say we’d collaborate, but we are always busy with work and school, different obligations. Now I think I actually do want to pursue this.”