About 500 students from St Mary's College and Samoa College are in a five-day camp to rehearse items for the Pacific Games opening. (Photo: Mision Simo)
Education

Close to five hundred students from Saint Mary's College and Samoa College are camping to rehearse items for the Pacific Games opening ceremony this Sunday.

The last minute camp follows the withdrawal of Congregational Christian Church of Samoa (C.C.C.S.) college students.  The C.C.C.S. hierarchy have issued an edict that Maluafou College, Papauta College and Leulumoegafou College will not participate at the Pacific Games opening ceremony because it is held on a Sunday.

This has meant organisers have had to find replacements quickly.

Saint Mary's College students began their camp at 6pm on Tuesday at their school in Vaimoso.

They immediately started working with choreographers until late night. 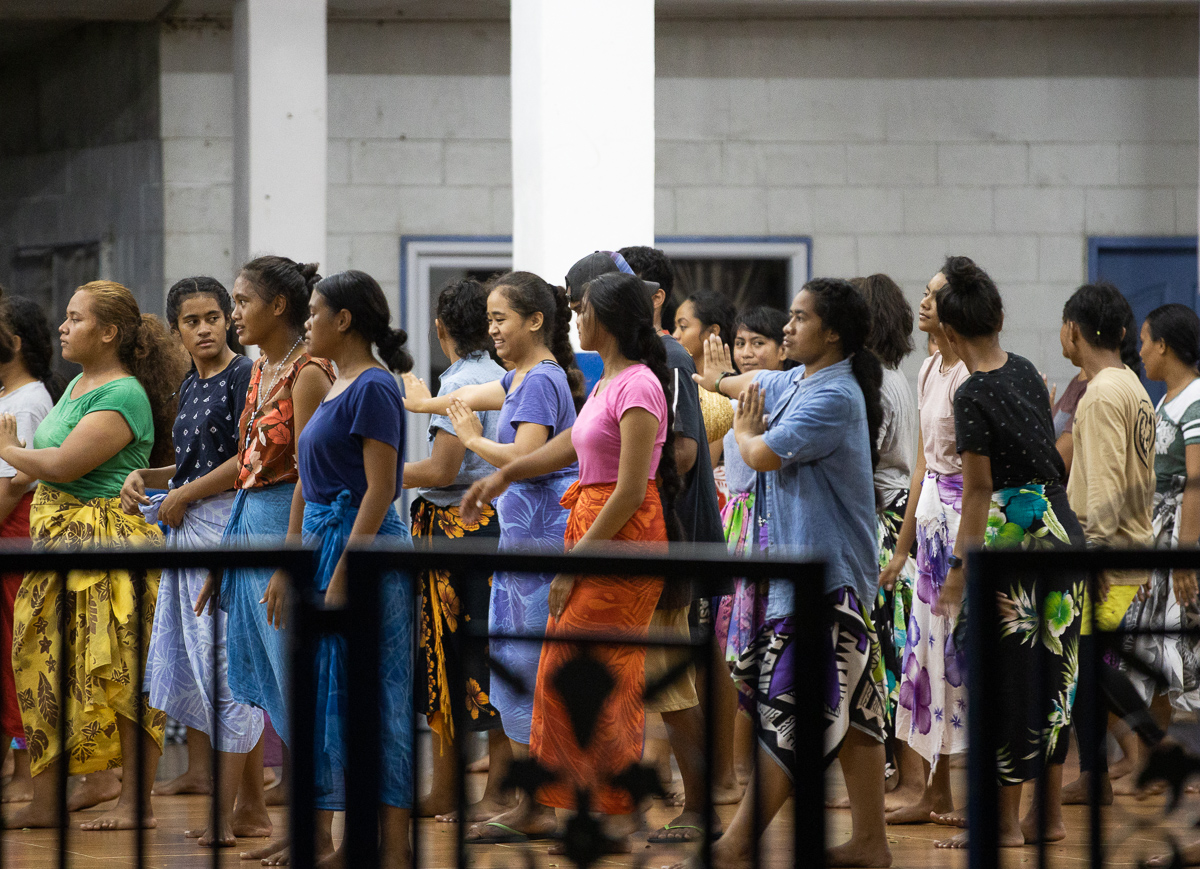 About 22 choreographers have been putting in the extra effort to teach the students.

On Wednesday, they started working with Samoa College students at their school.

According to a choreographer, who wished to remain anonymous, putting in extra effort in choreographing is challenging but they are willing to work harder so Samoa will not to be humiliated.

One of the parents, Ane Tioata, said she was willing to wait until the practice was over so she does not have to worry too much about her daughter.

"I know it's unfair, whoever is at fault here, but because my baby was so keen to be part of this. I also didn't want her to miss out from an opportunity like this so I'll just stay here until she goes to bed," she said.

"Also, who would practice those kind of long and hard moves for only five days?"

Mrs. Tioata believes this is where being a Christian nation comes in.

Attempts to get a comment from the M.E.S.C. was not possible when this edition went to press.