The Australian Defence Force in Samoa are very impressed with Samoa's preparations for the Pacific Games.

Australian Navy Commanding Officer, Melanie Verho, said the "incredible effort" from both the Games Committee and public is obvious, particularly noting the relatively short time period Samoa has had to organise for the event.

"And I think it is the miracle games but its going to be happening as a result of a lot of the passion from everyone in this country and that’s something for Samoa to celebrate," she said.

"Incredible effort and I think the thing that  I have particularly noticed is that everyone is particularly passionate about it and everyone believes that it’s not just the games committee but the whole country.

"Everyone has pitched in and been part of it and that people power is just amazing and you can absolutely see it, so I am completely confident that the games are going to be an absolute success," she said.

The work parties from the Her Majesty's Australian Ship (H.M.A.S.) Sirius that arrived on Saturday was dispatched to start lending some horse power to wherever assistance is needed.

"We started the work parties today, we had about 20 people go out and assisting with the two million tree greening program and planting some trees up near the botanical garden, this morning (Monday).

"And we've had another 30 or 40 out here, and now they’ve all come together again so they can all continue to contribute to this (Games Village, Faleula).

"So we’re really just offering whatever we can, where the games committee need us, wherever and that’s what we’re doing," said H.M.A.S. Sirius Commander, Verho. 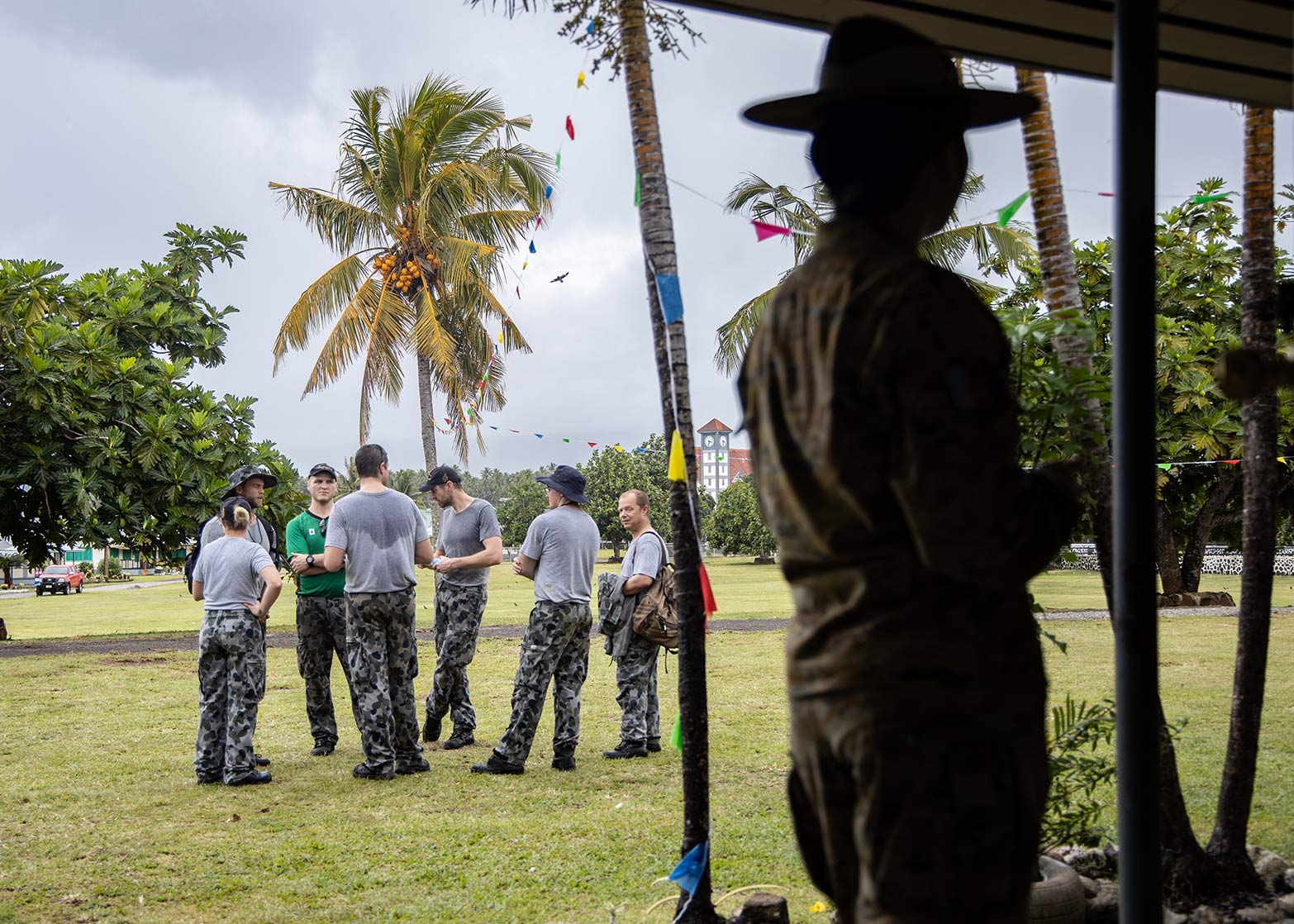 The group of 70 have put together and set up around almost a hundred beds at Faleula where thousands of the Games athletes are scheduled to stay.

"We’re loving it, we really are. We’ve been feeling incredibly welcomed here and beautiful country, beautiful people and we’re actually really enjoying being part of this.

"It’s just wonderful to be here, the crew is really enjoying it, they're smiling they're happy, they feel like they're a part of something that’s bigger than them and that’s wonderful," added Commander Verho.

According to those of the Australian Force the Samoa Observer spoke to, they all agree that Samoa is ready to host the Games, based on what they have seen.

"I was actually out talking to some of the organizing committee this morning and to just to hear on the different areas that they have focused on, it certainly sounds like they have taken a very deliberate and coordinated approach to the planning and I have no doubt that that will be seen through to the execution of the games.

"The discussions I’ve had it sounds like they thought of absolutely everything and I think it's going to be a wonderful success. And particularly noting the relatively short time period Samoa’s had to be organized," said Commander Verho.