Ministers of the Congregational Christian Church of Samoa (C.C.C.S.) are not taxpayers and therefore are not obligated to file tax returns.

That is the position of the first group of C.C.C.S. Ministers who appeared in the District Court on Monday for the hearing of the tax related charges against them.

Each Minister faces two charges of failure to withhold tax and failure to file tax returns, to which they have pleaded not guilty.

Alesana Tumua and Dominic Talouli are the lawyers for the Ministry of Revenue.

During the proceedings, the question of whether the defendants are taxpayers was raised. Judge Leota asked Mr. Su’a if it was their position that the church ministers are not taxpayers.

Mr. Su’a said they are taxpayers but their argument is they are not obligated to file and withhold tax returns as there was no application filed in Court. He added that the uncertainty is on the law and its definition of taxable income.

At this point, Judge Leota advised the lawyer to clarify his clients’ position. He reminded him that by them agreeing to be taxpayers, it means they have an obligation under the law to withhold and file tax.

“If you are saying they are taxpayers then they are punishable under the law,” said Judge Leota.  “Once that (element) is established then the rest follows.  When a person is covered under the legislation they are defined as taxpayers and that is the first issue. The second issue is did they have reasonable excuse not to pay tax.

An adjournment was called for an hour to allow the defense counsel to seek the views of the church ministers on being taxpayers.

When the proceedings resumed, Mr. Su’a clarified the position of the church ministers that they are not taxpayers.

The first witness called was the Commissioner for Revenue, Matafeo Avalisa Viali-Fautua’ali’i.

Having worked for the Ministry for Revenue (M.o.R.) for 27 years, Matafeo testified about the motive behind the change of legislation to tax church ministers.

In her evidence, the Commissioner said the recent amendment in 2017 to tax church ministers and the Head of State is to look at other revenues that can help government developments to improve the health system, education, road infrastructure and water supply amongst others. 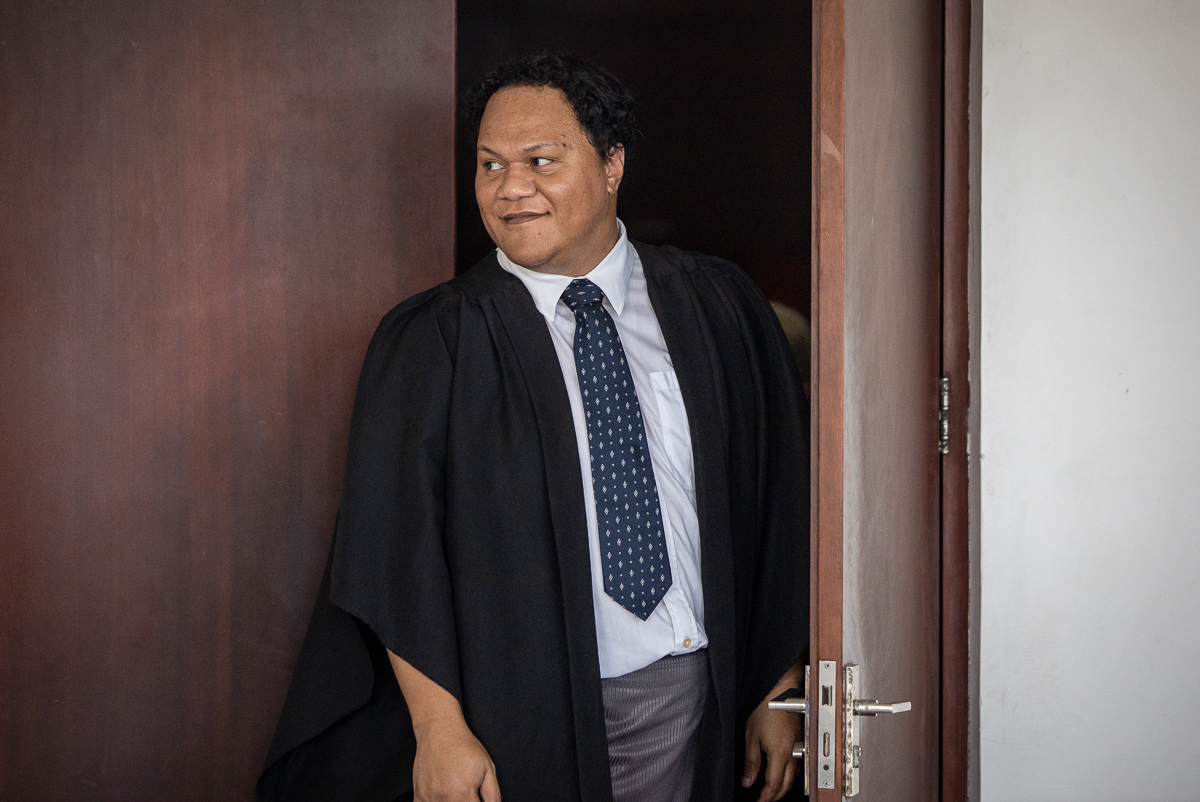 Other reasons by the Ministry to tax church ministers is to follow the practice done in Fiji, New Zealand and Australia.

After reviewing the legislation a recommendation was submitted to Cabinet to remove church ministers from the exempt list and have them taxed.

Prior to 1974, church ministers were paying taxes before they were exempted, said the Commissioner.

In 2017 public consultations were called where the leaders of the religious churches were invited to attend. The church leaders were consulted about the amendments prior to being passed in parliament.

Part of the amendments is to tax the alofa (love offering) from congregations to the church ministers.

“Out of all the churches, it was only the C.C.C.S. church that did not accept the proposed change in the law,” said Matafeo.

When the Ministry saw that a lot of church ministers were in non-compliance, it then prayed in a letter to the leaders of the church to submit lists of church Ministers in order to have them register in their system.

“Again, the C.C.C.S. was the only church that did not provide a list. We received a list (of church ministers) from a source and we then registered some of the church ministers.”

In response the Commissioner said yes. She added that there are less than ten C.C.C.S. church ministers that have registered.

During cross examination, Mr. Su’a put it to Matafeo that the Ministry had failed to look at the issue internally considering the culture of giving in alofa practice. The Commissioner denied this.

She explained that the Ministry did not look at the issue from a one-sided view but had approached it in a way that considers everyone involved.

Matafeo was asked if the alofa is payment for the church ministers work in giving spiritual guidance.

In response she said the legislation targets church ministers directly and states that money they receive is taxable.

The Commissioner admitted that she a member of C.C.C.S. but is attending the Catholic Church because of her husband.

This was after she was asked if she was a member of C.C.C.S. 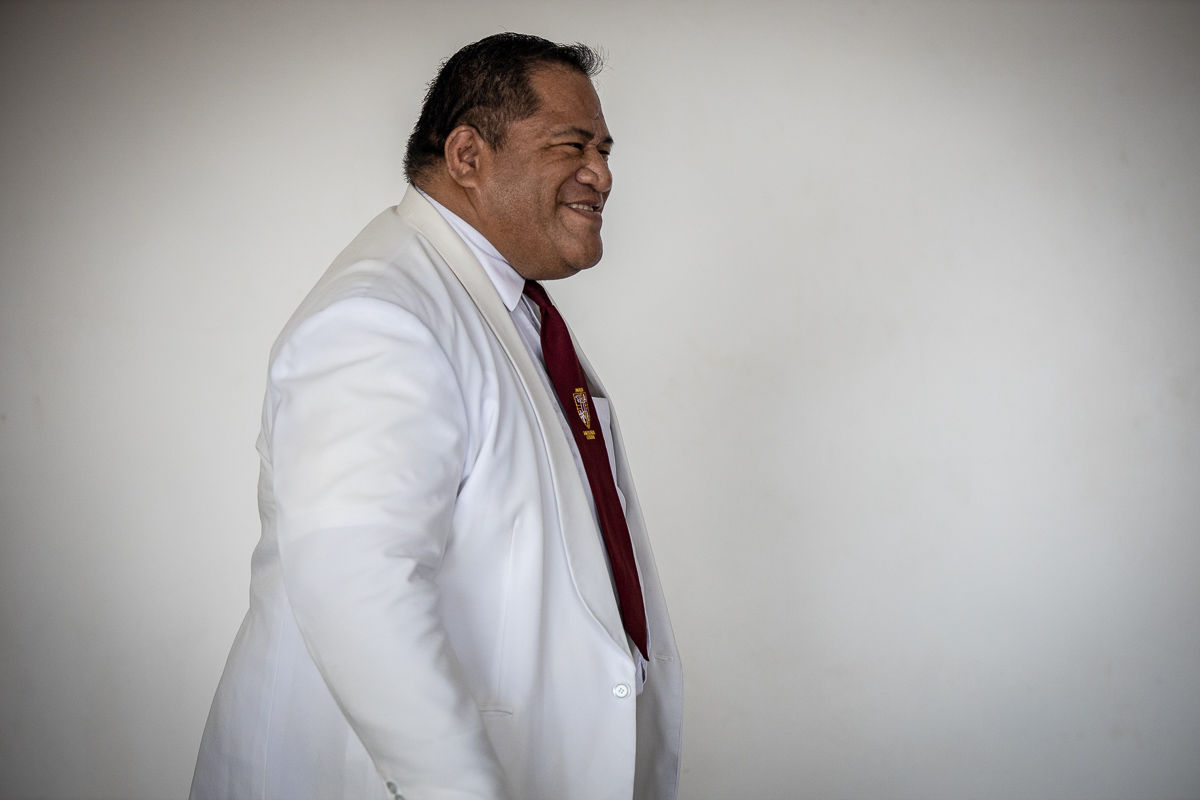 Mr. Su’a then questioned if a donation he makes to Mapuifagalele would be taxable.

Matafeo argued that it isn’t because it is not a regular payment.

“In accordance with the law money being given is voluntary donation when it leaves the hands of the giver but once it’s received by the church minister its income and its taxable,” explained the Commissioner.

The lawyer then put it to the witness that the nature of the operation of a faifeau is not a service. Furthermore, he added that the money gifted to church ministers is on a voluntary basis and the giver does not expect anything in return.

But the Commissioner disagrees. She pointed out that under the law, it is a service.

“If it wasn’t (a service) then people would not give money,” said Matafeo. “Yes I don’t think anyone expects anything in return when they give to the church ministers and that is how everyone in Samoa feels when they do give.

Matafeo reiterated that while the money given by congregation members is voluntary, once it is received by the church minister it is income.

She is one of three witnesses for the prosecution.