The national Football team sought divine blessings for their Pacific Games campaign when they attended a church service at the Methodist Church, Magiagi, on Sunday.

Coach Faaeanuu Paul Ualesi said they have trained very hard and the visit on Sunday was to strengthen the team's spiritual resolve.

"I think it's very important because it's our culture," he said.

"It's also very important to get the boys to be inspired from church because it's not just about the sports but it's also about having faith in God to give us the strength to do so." 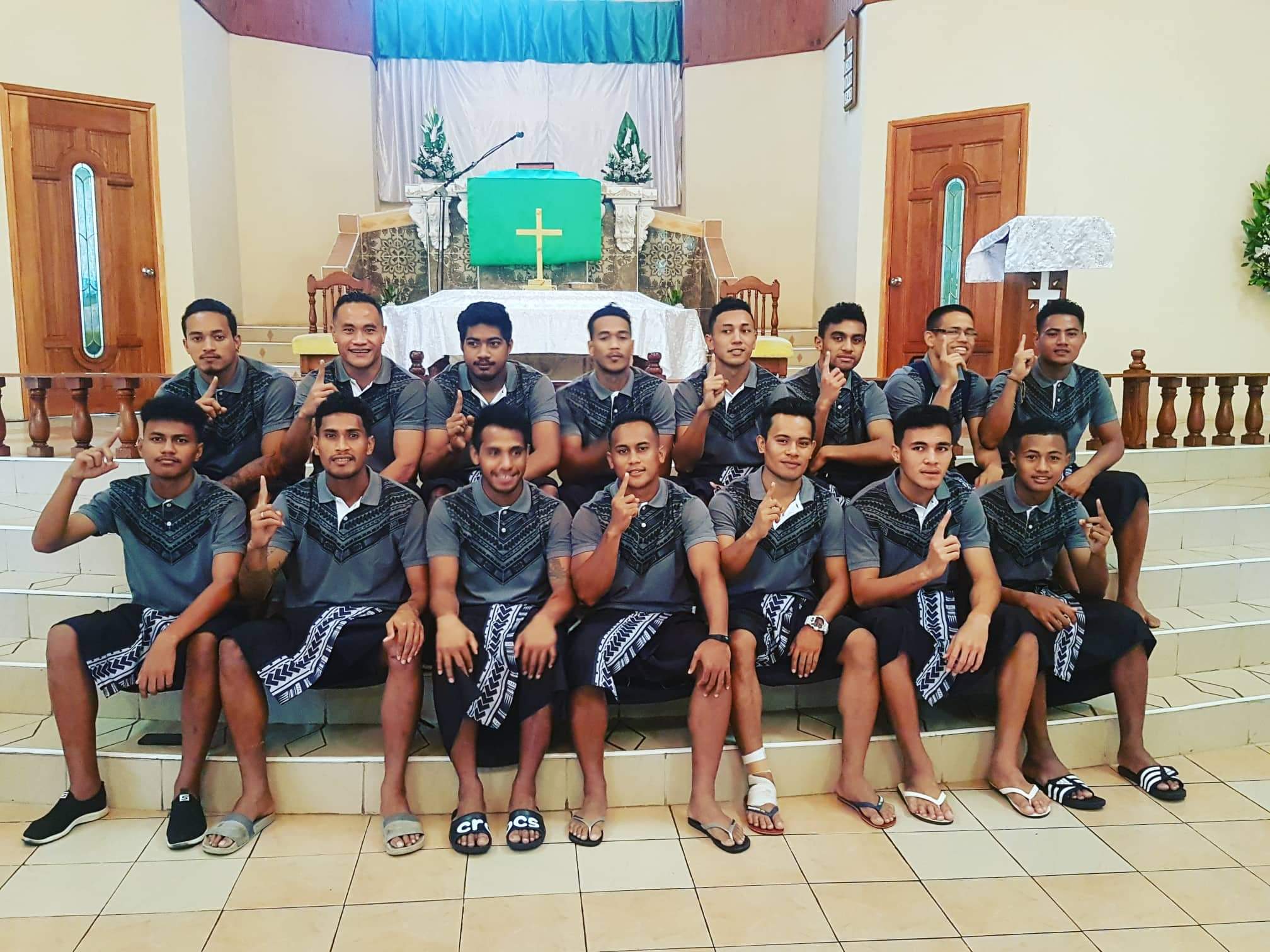 The Magiagi Methodist Church did more than just host the team.

The Church youth performed a skit based on a Samoan myth about the blind Fe'epo and his son Leatiogie.

The analogy drawn was to wish the team the best of luck for the Games, which starts next Monday.

"Even me as a coach was very emotional about the performance by the youth," said Faaeanuu.

"It was a very uplifting experience, hearing the word and God and being inspired by the youth through the performance."

Team member, Willie Sauiluma, 18, from Australia, said he enjoyed the service on Sunday.

The players were all motivated by the main speaker, Faaui Mika Samuelu, whose messaged was aptly titled "Faataua lou vala'auina" or "Have faith in your calling."

Reverend Faavae Sooalo, his wife Emi Sooalo and their congregation hosted the team for Sunday toonai at the end of the service.