A grey Nissan van flipped and crashed in front of a house at Uluea, Vaitele Saturday morning with members of the public saying they saw the driving running off.

Simi Saulo, who owns the house that the vehicle crashed in front of at Uluea, told the Samoa Observer on Saturday that the police went to the crash scene to do their investigations.

He said his 13-year-old son saw the driver running away after the van flipped and crashed on its side.

“We were hanging around our front yard when we heard the car crashing in front of our house.

“When we ran to it, we saw the driver slowly turning the lights of the car off and running away slowly," he said.

The family were asked by the Police to contact the station if the owner or driver of the car turned up and tried to retrieve it. 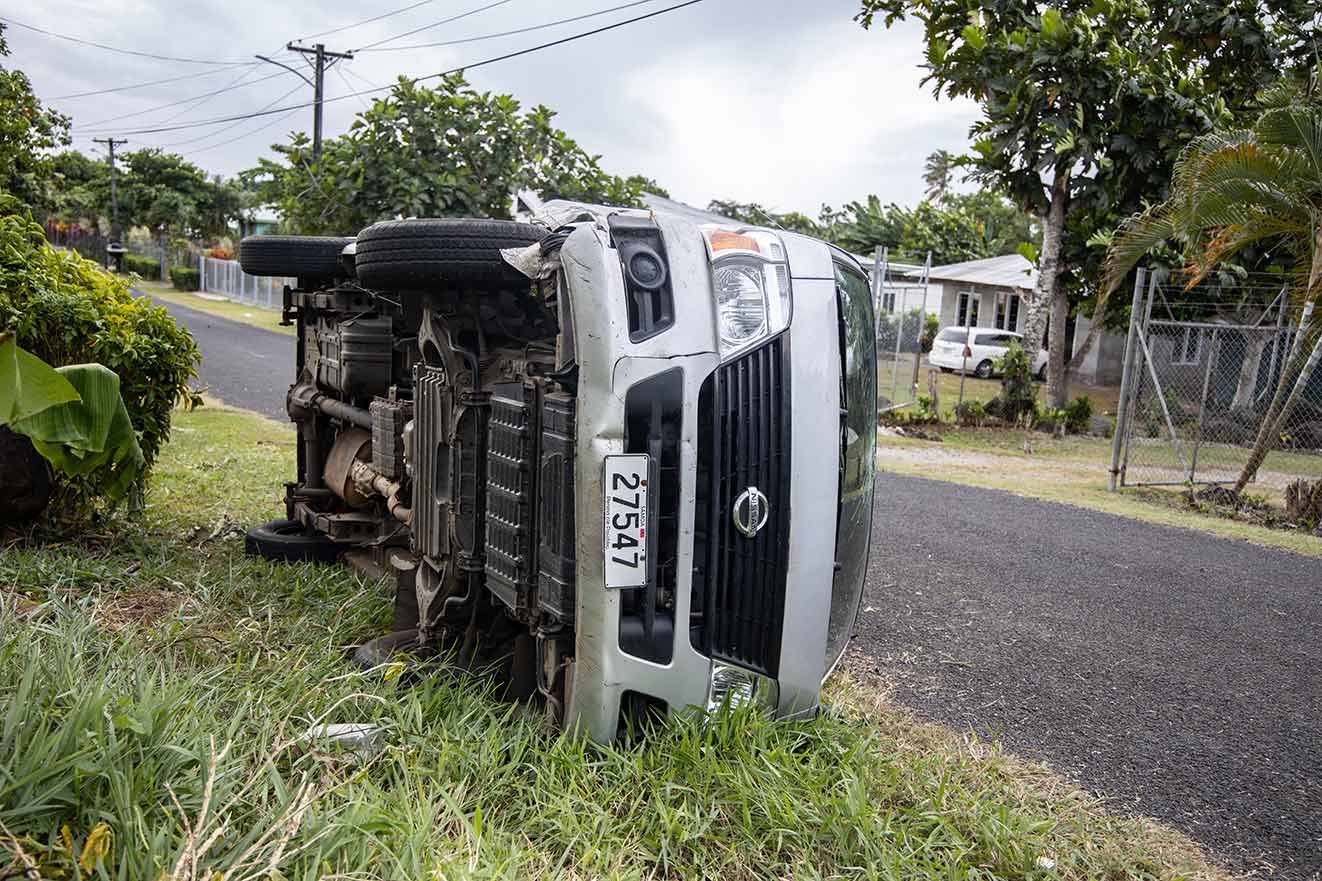 “He (driver) seemed like a youth who is not really old and based on how he ran away, we thought at that time that the vehicle must be stolen,” he said.

Mr. Saulo said they saw empty bottles of beers and cigarettes inside the van and the police officers had taken them.

“The car was surrounded by people of our village and rumours from other neighbours said the driver was a Chinese young man who was doing delivery or just came from delivery.”

Attempts to get a comment from the Ministry of Police were unsuccessful when this edition went to press.