Savai'i cleans up for Pacific Games

All the participants were all smiles after the clean up. (Photo: Sialai Sarafina Sanerivi )

Keeping Savai'i Clean is the mantra behind a clean-up in Savai'i which took place Saturday morning.

The heavy downpour early in the morning did not dampen the spirits of over 100 people who gathered to help clean up Salelologa for the upcoming Pacific Games. 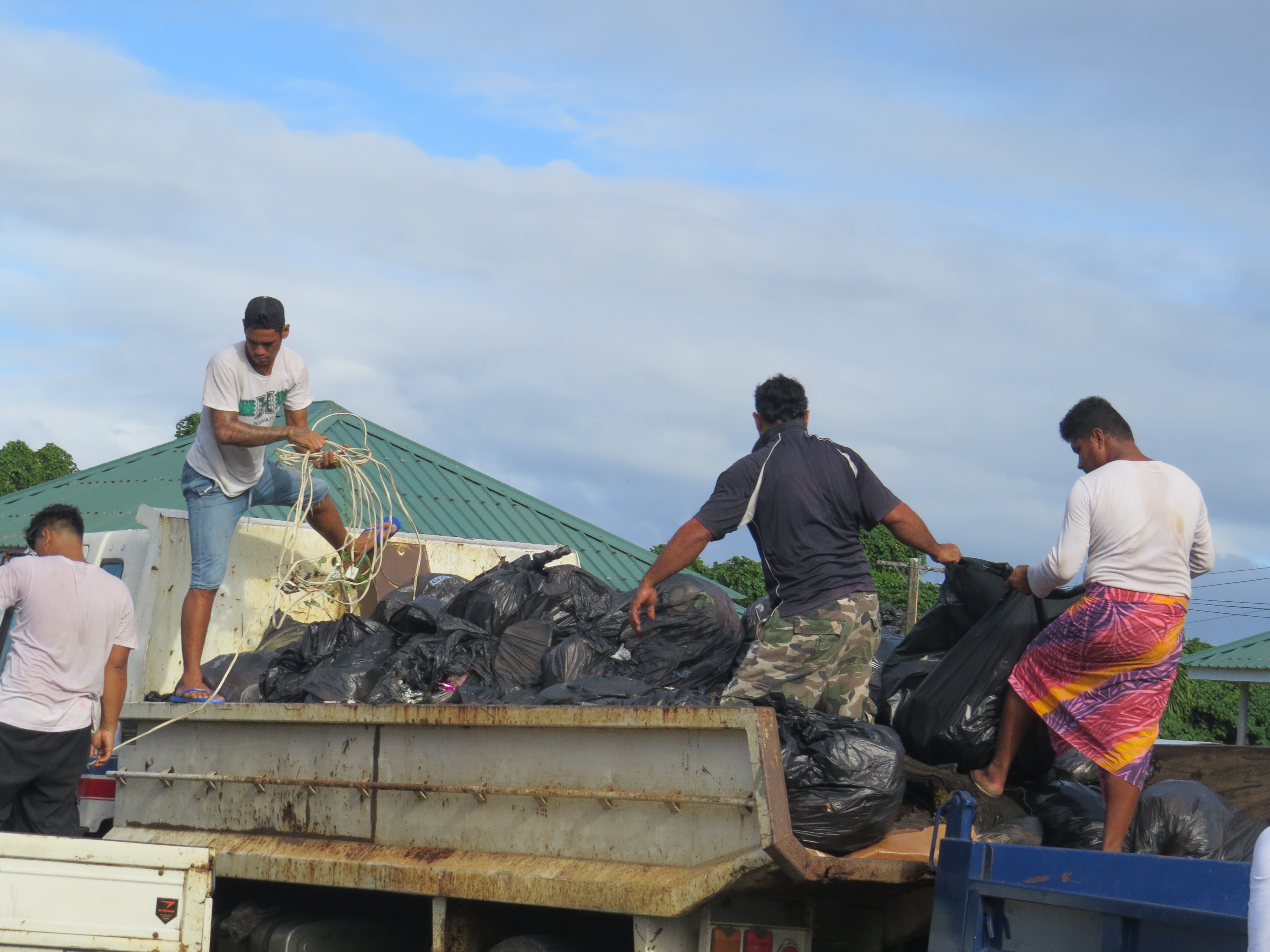 Va’aelua Fa’apoipoi Gidlow, President for the Savai'i Samoa Tourism Association (S.S.T.A.), said the mantra behind the activity is to promote living in a clean environment.

“This activity is in line with the government’s effort to clean up our environment,” he told Samoa Observer.

“The Government is also taking the lead in banning plastic bags and there has been a lot of work done in Apia and that motivated us to do our part as well here in Savai'i.

“Also, as we all know, we are hosting the South Pacific Games so this clean-up is our contribution to making our island and country attractive to our visitors.

Va'aelua said the clean-up on Saturday morning is one of the biggest turnouts they’ve had in terms of numbers. 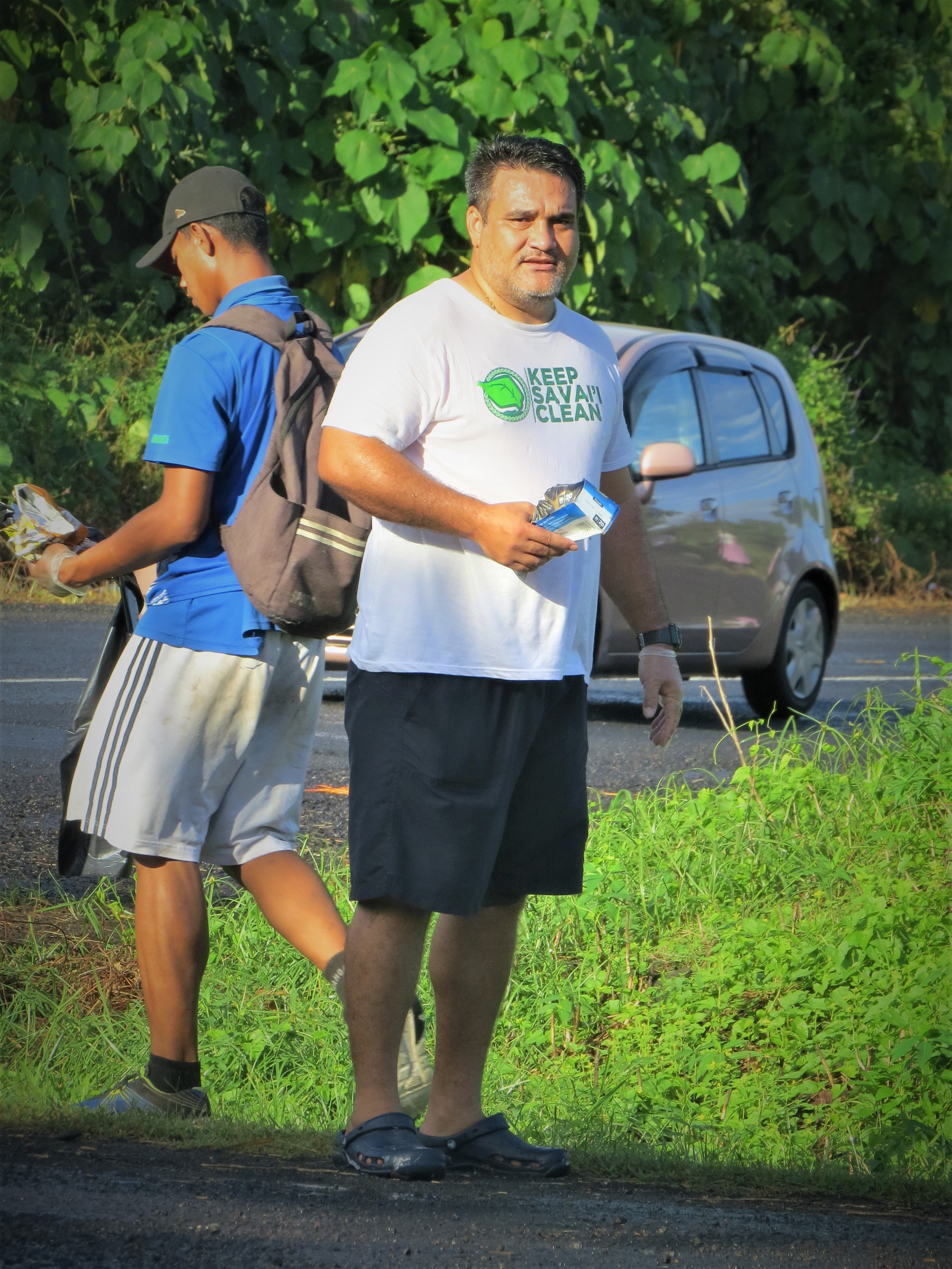 “This is one of the big turnouts we’ve had in terms of people showing up.

“We are very happy that so many people turned up and supported this initiative. We actually did not expect this number but we are grateful that it turned out the way we wanted it to be.”

Looking ahead, Vaaelua said they are hoping to have “frequents clean-up” in Savai'i, not only to clean the environment but to also create awareness.

“Keeping Savai'i clean is an initiative that we (S.S.T.A) want to own and push forward,” he said.

“To promote and create awareness on this issue. We all see and know that there are a lot of rubbish laying around and Government has done their job. 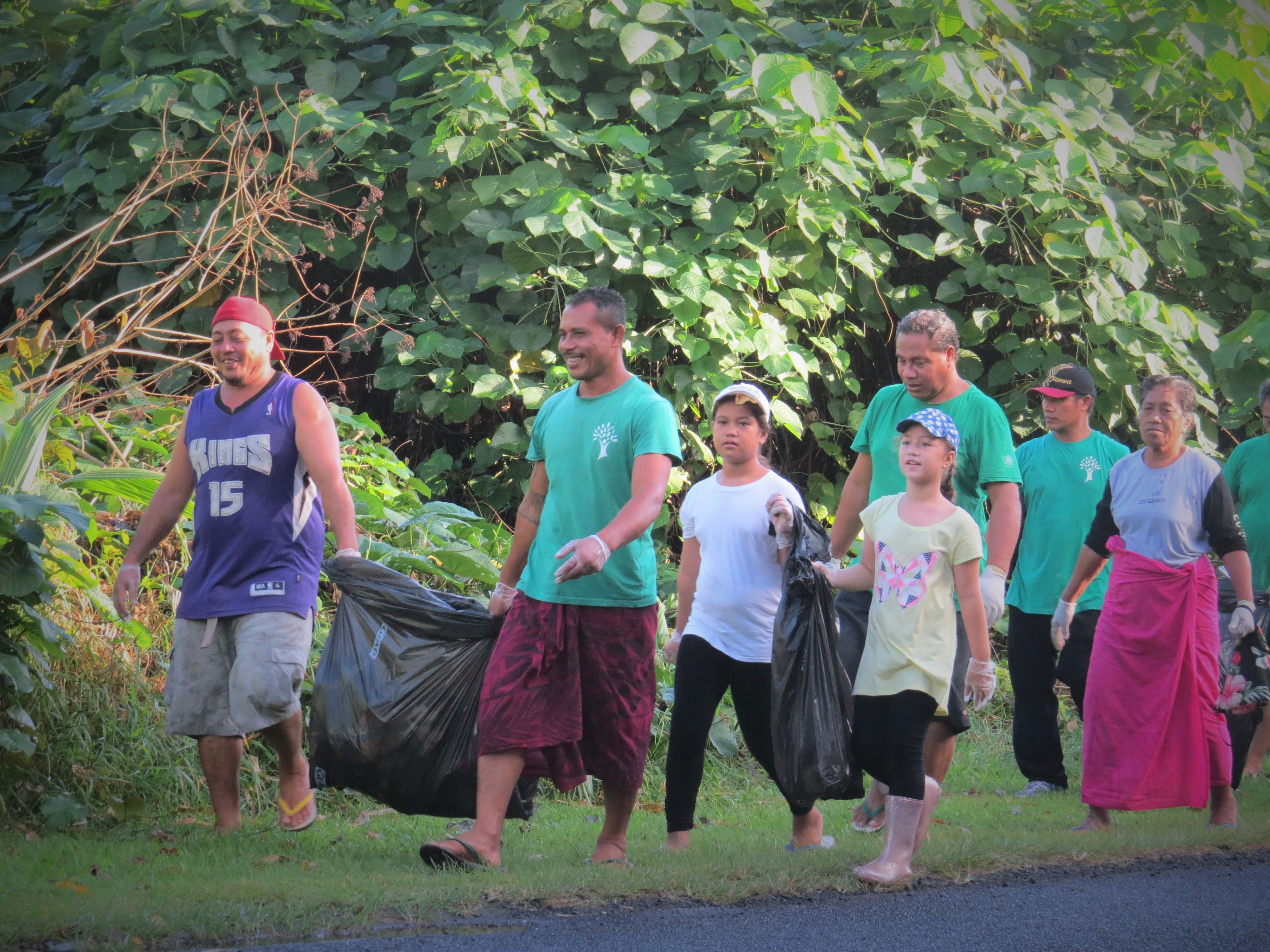 “Looking ahead, we would like to be a frequent event. The challenge for us is in terms of finance as we self-fund most of these (activities).

"At the moment we do it three to four times a year. But we are open to anyone who is willing to help us push this forward.”

Vaaelua thanked the Government ministries who were involved in the activity.

So’oalo Tito Alatimu, Principal for Ministry of Natural Resources and Environment Savai'i office, hailed the activity as a “success”.

“Today’s activity was very useful, as it was our contribution to our government’s effort in preparations for the upcoming games,” said So’oalo.

“This is something we want to push forth. I strongly believe that a healthy environments leads to a healthy living.

“Therefore, we really need to create awareness and tell our people that we are responsible for taking care of our environment starting from the small things such as picking up rubbish not only around our houses but also in public places. 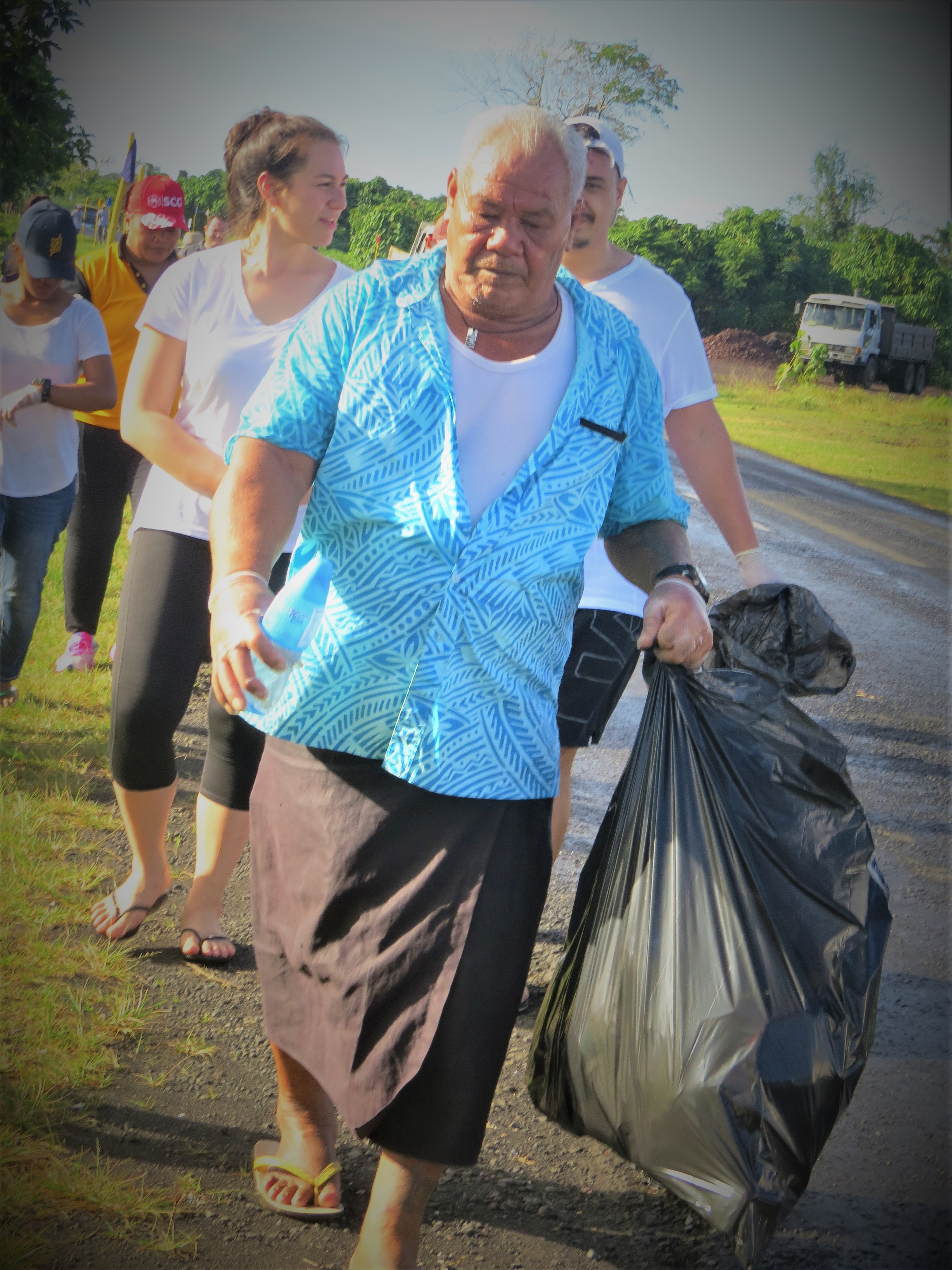 “I applaud the S.S.T.A’s initiative to have this activity as part of their contribution in preparations for the upcoming Games.

“We hope this will motivate more people to be involved and also promote healthy living within our communities.”

The activity was led S.S.T.A in partnership with the United National Development Programme, G.E.F. small grants programmes, and the government of Samoa.

Hotel owners in Savai'i were at the forefront of the activity with their employees.

The activity was well attended by the business community, officers from government ministries in Savai'i and staff of the Samoa Shipping Corporation to name a few. 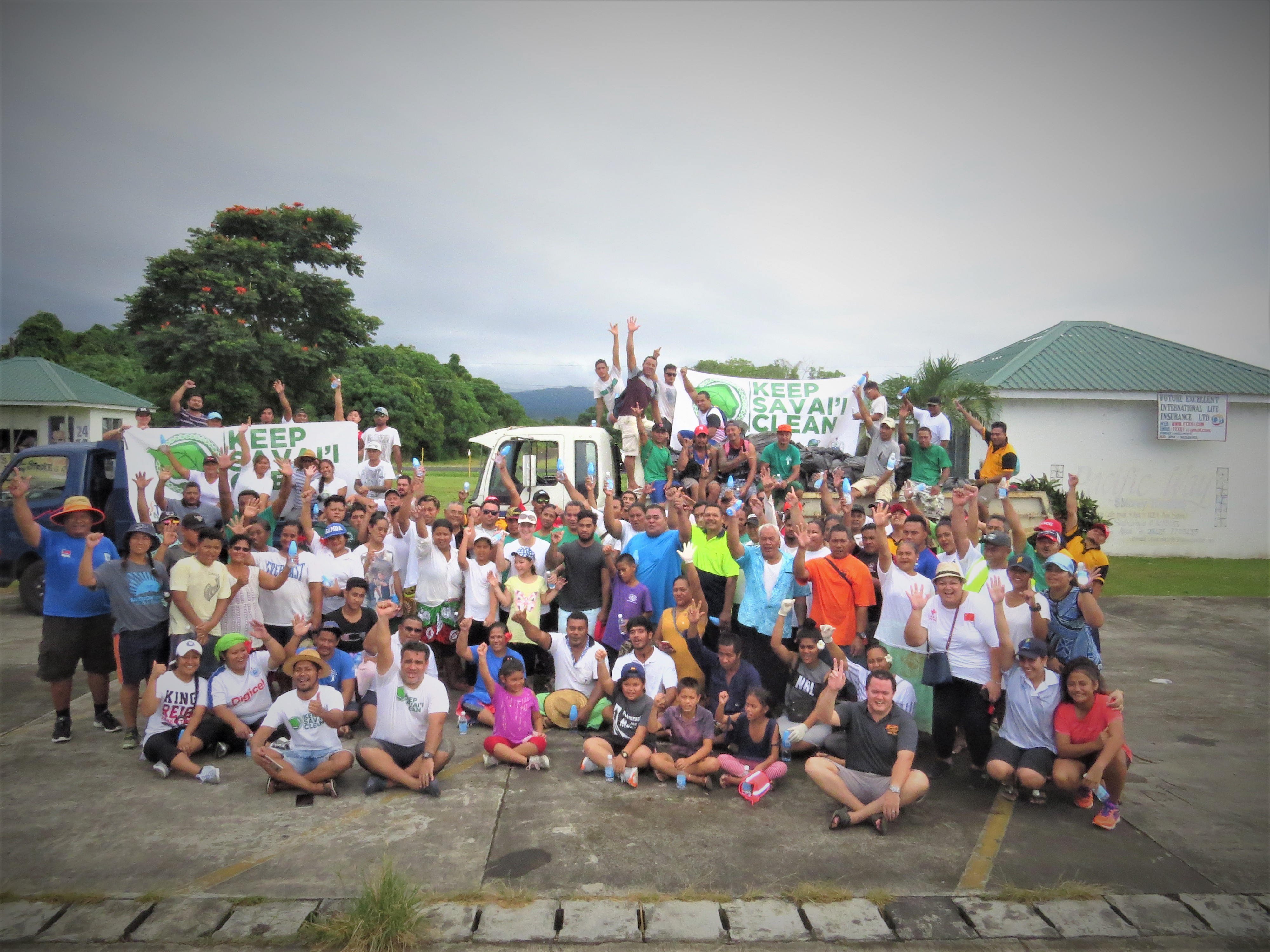