The team joined the Ministry of Natural Resources and Environment (M.N.R.E) to not only help reach its goal of planting two million trees by 2020, but also support restoring Mount Vaea to its original state.

Nearly 60 per cent of Mt. Vaea’s greenery is made up of invasive species like rubber trees and African Tulip, the M.N.R.E. Principal Officer of National Reserves, Moeumu Uili, said, and they need to be replaced with native species.

“We are planting low land coastal plants, not high canopy trees, because this area is close to the car park and the Museum car park so we don’t want big trees to obstruct it or be a risk during cyclones,” Ms. Uili explained. 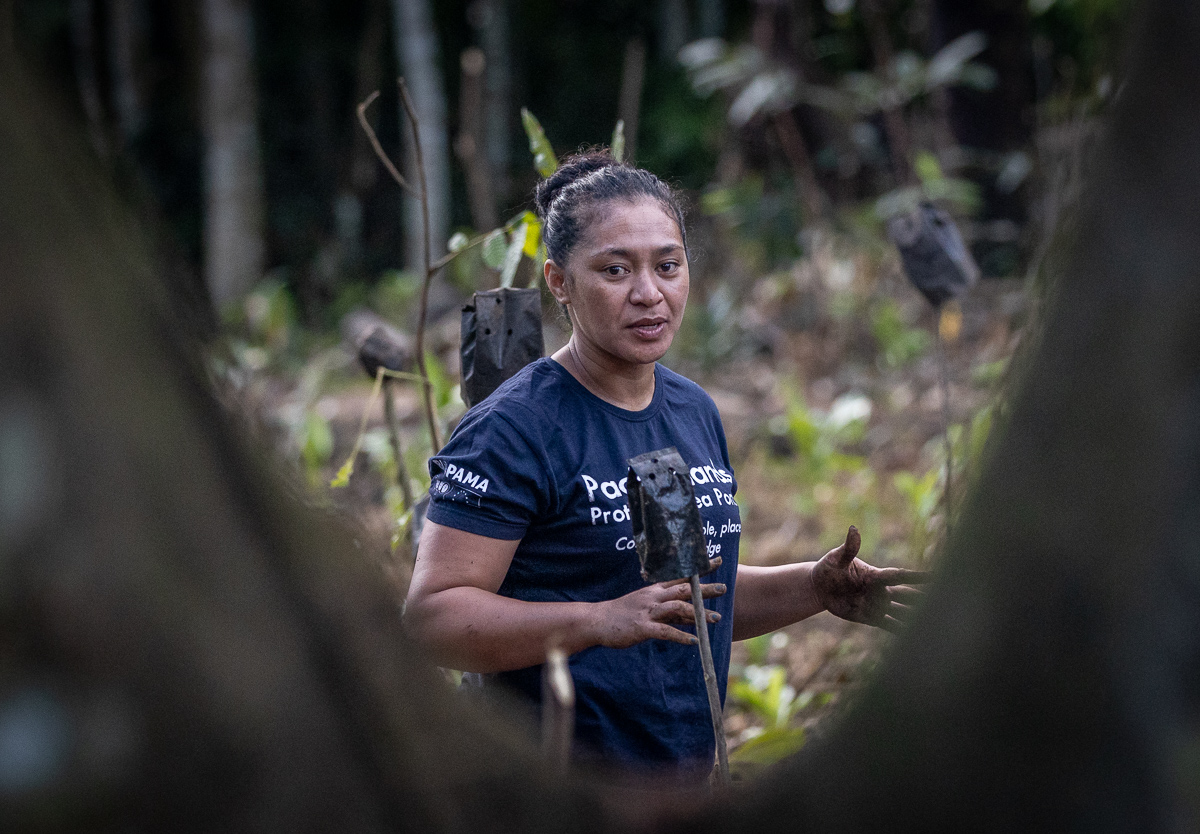 Ms. Uili believes at least 50,000 trees have been planted by groups like these, planting anywhere between 50 to 3000 trees at a time.

“This is something we want to encourage people to do, and if they don’t want to plant trees with us here or if they are far and transport is difficult they can plant trees at home.

“That will contribute to reducing carbon from the atmosphere by planting trees at their home," she said.

“It’s also an outstanding team building exercise to get everyone together on a Saturday morning.

“Seven o’clock is not an easy time to get out of bed – I was ten minutes late myself – so it’s great to see the turnout of the staff today," he said.

Mr. Poort said the A.N.Z. Bank wants to give back to the community wherever it can. 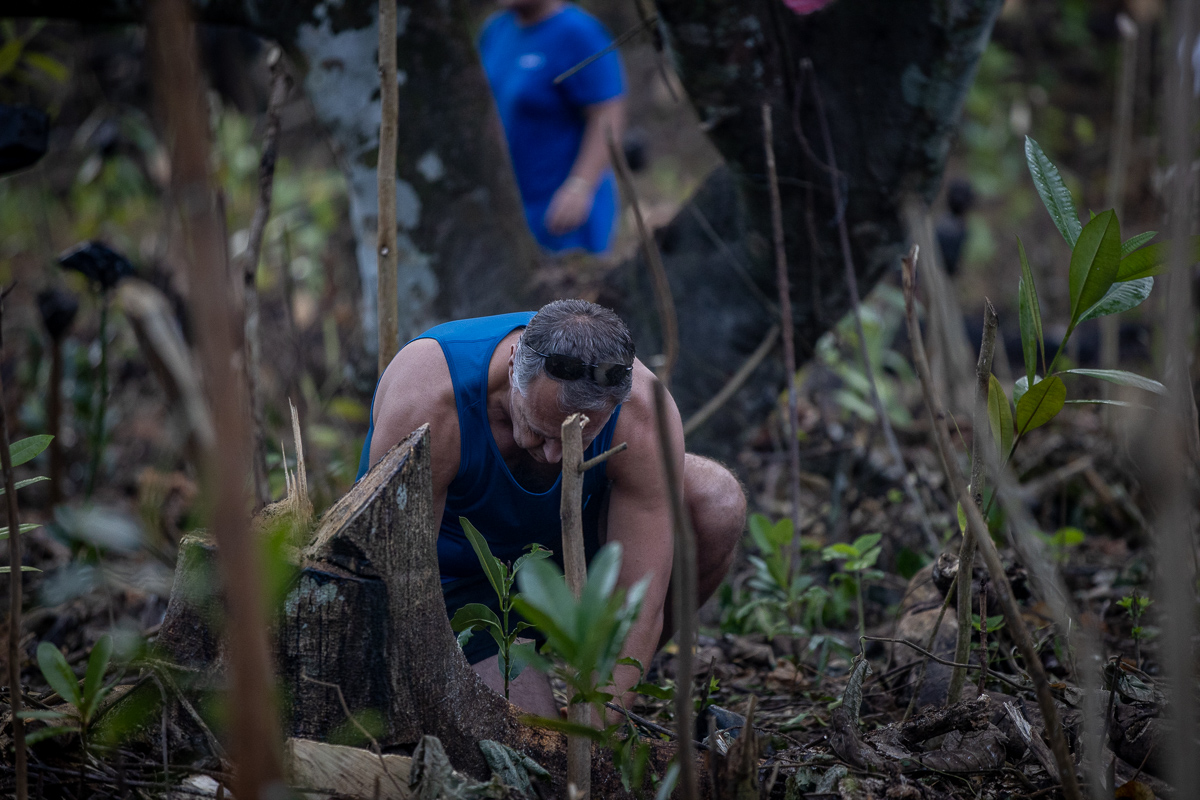 This either looks like group community activity, or allowing time for staff to pursue community projects during the week, including days of mandatory paid leave each year to do community work like volunteering.

Vern Luaano is an A.N.Z. Personal Banker. Despite being in a wheelchair, he made sure to plant a few trees where he could, and wants other people to come help the restoration project too.

“Most people are cutting down trees but we need to encourage people to plant new trees for our environment. 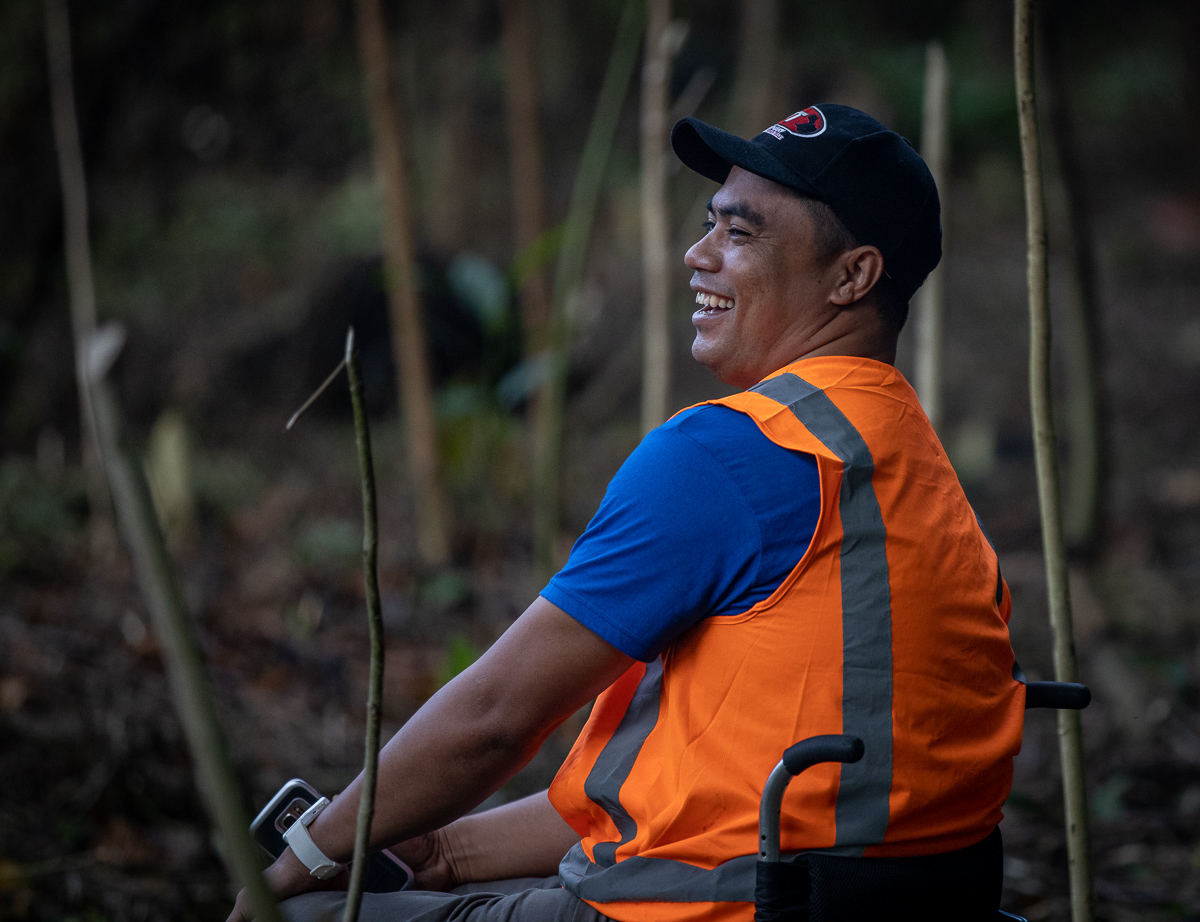 A.N.Z. Head of Commercial Bob Turnbull brought his family along to participate, his wife Tannis Turnbull and their children Makalya and Brennan.

He said involving the children is about helping them understand their role in the world.

“It’s for future generations, and getting kids involved because they are the ones who will be living in this world, so we want them to be a part of this as well,” he said.