Peseta denies that Apulu did all the “donkey work”

The Associate Minister of the Ministry of Prime Minister and Cabinet, Peseta Vaifou Tevaga, also rejected suggestions he was a disruptive force in the operations of Local Partners and Associates (L.P.A).

The five accused are facing 234 charges in relation to the operations of L.P.A.

They have pleaded not guilty to all the charges which include forgery, theft and obtaining by deception among others.

The matter is before Acting Chief Justice, His Honour Vui Clarence Nelson. 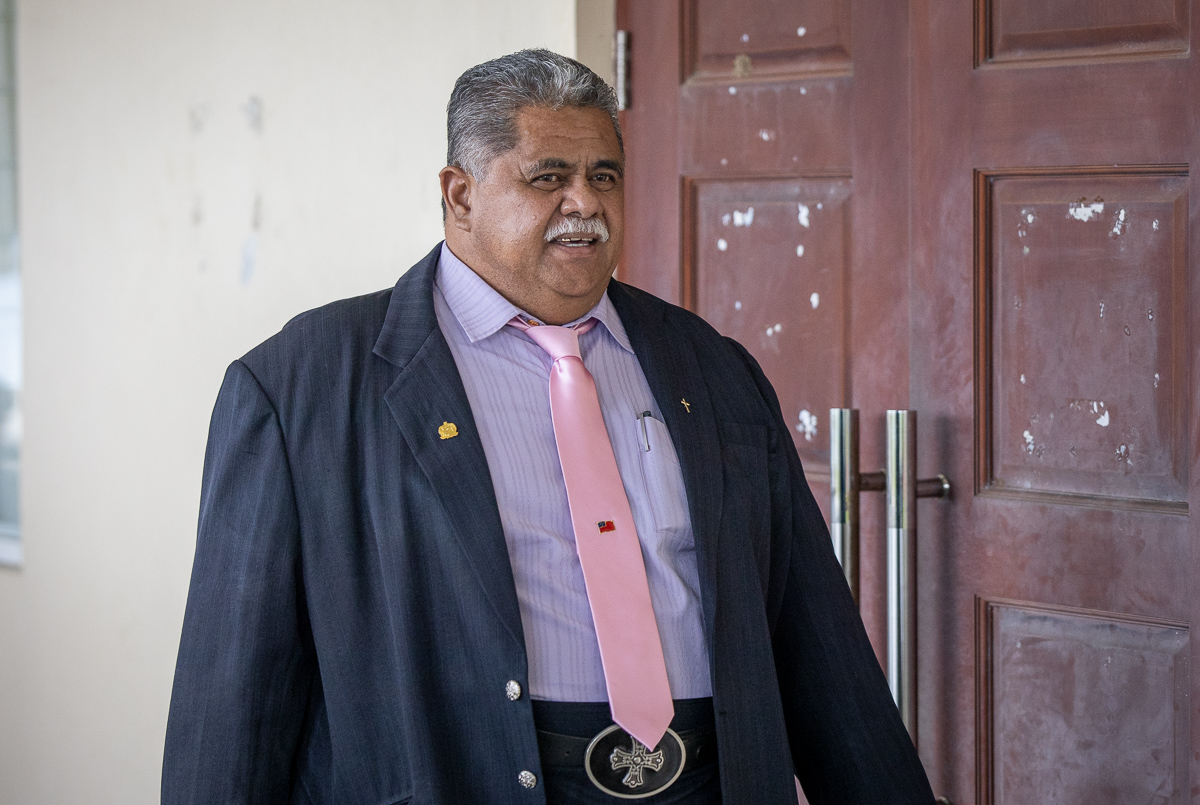 Mr. Raftery who is the lawyer for Apulu, told Peseta that he did not secure clients for L.P.A. it was Apulu that secured Wilex as their first client.

“You did nothing while Lance was doing all the donkey work for you and La’auli,” said the lawyer.

But Peseta disputed this saying that he did not bring in clients but did other “usual works” for the company.

Asked what the usual works are, Peseta said he had helped in sorting out empty buckets and removing buckets containing bad nonu.

“I had also helped in cleaning and maintaining the factory and shifting the buckets,” he said.

Peseta admitted that the reason why he agreed to bring in Apulu to join the company is because of his expertise in securing clients and experience from the former Pure Pasifika company.

Mr. Raftery had asked Peseta why he had gone to Wilex premises just weeks after the client had just partnered up with L.P.A.

At this point Mr. Raftery referred to a document where a sum of $13,355 was deposited and paid by Wilex company.

The lawyer then questioned Peseta why he did not check the bank accounts or even ask Apulu about bank statement to confirm his confirm any of the matters he was not sure about.

But Peseta argued he had asked for proof of the payments but was told the statements are not ready.

Mr. Raftery then put it to Peseta that he is just making up these things as he is going along.

“I am telling you what had happened that all there was – was just talk but no statements shown to confirm this,” he said.

“I just saw this now but if it was shown to me then I would have been cleared about it.”

Another matter that was raised by Mr. Raftery is the meeting between Peseta and the then L.P.A. lawyer, Maiava Visekota Peteru on 29 May 2013.

According to Peseta, what was relayed to the lawyer was an agreement from the Directors to accept the resignation of his son Leiataua Danny Schwenke, transfer of his son’s shares and directorship to him, changing of the signatures for the cheque book to him as the main signatory and rearrangement of shares to give him 50 percent.

“I had told the lawyer to prepare a resolution for the matters that were agreed upon by the Directors after I had explained to them that it was my land that is being used to secure the loan from the National Provident Fund,” Peseta explained.

Asked if he had told the lawyer that the Directors were happy with the changes, Peseta said yes because that was the resolution from the Directors.

Mr. Raftery then queried the M.P. why Maiava had decided to prepare a resolution only to his son’s resignation and not include the other matters in it.

The Court heard that a separate resolution was prepared by Maiava a month later for the signatures to allow Peseta as the main signatory and giving him 50 percent of shares.

Peseta reiterated that he is not clear as to why the lawyer had done things the way they were but she was instructed as the company lawyer to prepare a resolution to reflect the agreements from the Directors to make the changes of shares with the Ministry of Commerce Industry and Labour.

In 2014 Peseta had gone to see another lawyer name Fa’aiuaso Richard Teo telling him about the problems L.P.A. was facing.

Peseta had asked the lawyer to prepare a letter to N.P.F. to find another land for the mortgage whilst removing his land being used as security for $1.8 million.

The lawyer had cited a letter from Apulu stating that L.P.A. was ready to replace the land with another.

Mr. Raftery queries Peseta as to why the letter prepared by the lawyer upon his instruction was making reference to Danny as the Director and not him who was then the Director as he claimed.

“I suggest to you that you had told the lawyer at the time that Danny had 35 percent and not what you claim right now,” the defense lawyer asked.

In response, Peseta said the registration for the change of shares of 50 percent to him has not been made with M.C.I.L. yet.

He added that the lawyer was aware of a lot of things about the company including his son previously holding 35 percent of the company shares.

The matter was adjourned to Monday for a continuation of the hearing.