The dispute between two senior members of the Human Rights Protection Party (H.R.P.P.) is just business.

That's what the Associate Minister of the Ministry of Prime Minister and Cabinet, Peseta Vaifou Tevaga, told the Supreme Court yesterday when his relationship with former Cabinet Minister, Laaulialemalietoa Leuatea Schmidt, was raised.

The senior Members of Parliament are in Court as a result of a longstanding dispute over a nonu company called Local Partners and Associates (L.P.A.) 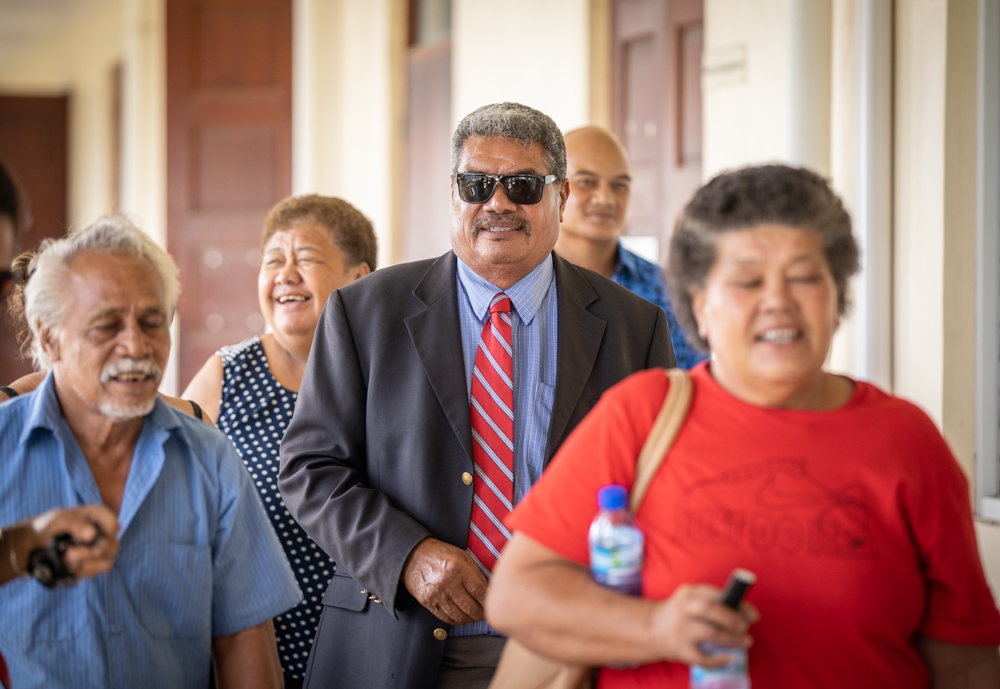 There are 234 charges against La’auli, his wife Heather Schmidt, business associates, Apulu Lance Polu, Martin Schwalger and Tuitui Aiolupo. The defendants are facing charges of theft, forgery and obtaining by deceptions over the activities of the L.P.A. company. They have denied all the charges.

“We are still on good terms,” said Peseta. “We had tried to reconcile but it has not been successful.

“Despite the cases our relationships is still good.”

Peseta added that the Court cases are just business and that is how he goes.

Defense lawyer Perkin, who is representing La’auli, then put it to Peseta that he has become intensively personal since the establishment of the company. 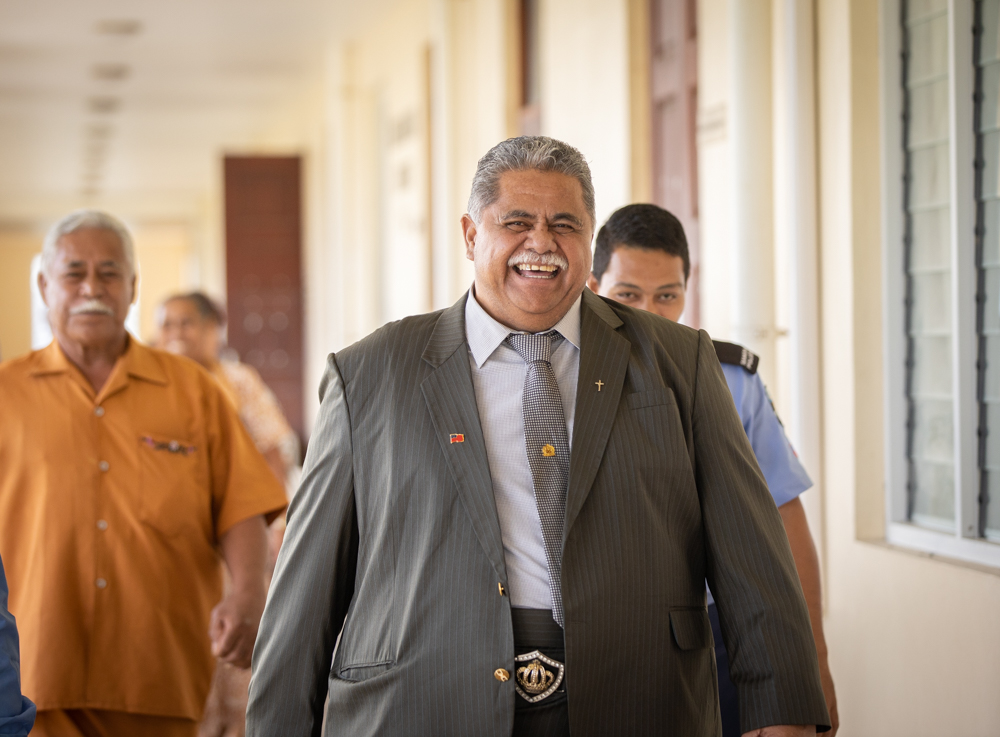 In response, Peseta said they have been in business for many years with La’auli and there is nothing wrong between them.

He explained that in 2015 he was arrested because of a complaint lodged by La’auli and Apulu.

“But you see although that happened our relationship with La’auli is still good,” said Peseta with a smile.

Mr. Perkins then suggested to Peseta that he is willing to tell lies in his evidence in order to see La’auli get convicted.

Peseta denied this saying he has taken an oath to tell the truth.

Next to cross examine Peseta was Queen’s Counsel Kieran Raftery, the lawyer for Apulu.

Mr. Raftery asked Peseta when began to have doubts about the L.P.A. Directors, including Apulu.

The lawyer had reminded Peseta of his earlier evidence from this week where he insisted that his suspicion began when his son Leiataua Danny Schwenke told him about the barrels of nonu juice at La’auli’s premises together with some L.P.A. vehicles.

Peseta agreed that was his evidence and the earlier events that led to his suspicion towards the Directors of L.P.A. 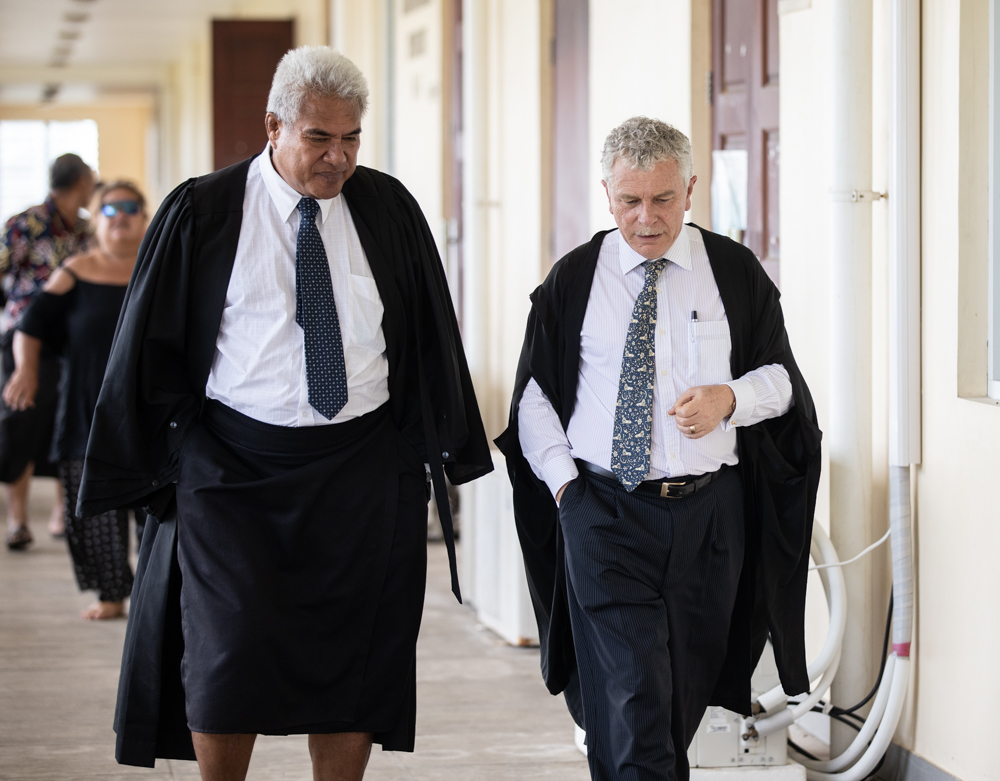 He added he then went to the Ministry of Commerce Industry and Labour to check the shareholders of the company and had found out that his son’s shares was 35 percent while Apulu and Schwalger had 32.5 percent.

At this point, Mr. Raftery pulled out a transcript of of Peseta’s evidence in 2016 in a criminal matter where he was charged for forgery.

The matter was presided by Justice Mata Keli Tuatagaloa.

Mr. Raftery reminded Peseta that his evidence in 2016 stated that he had only became suspicious when he went to M.C.I.L. and found out that the shares were changed with Apulu holding 35 percent, Schwalger 32.5 percent and his son Danny also 32.5 percent.

The evidence in 2016 appeared to be different from what you are telling the Registrar today, Mr. Raftery put it to Peseta. 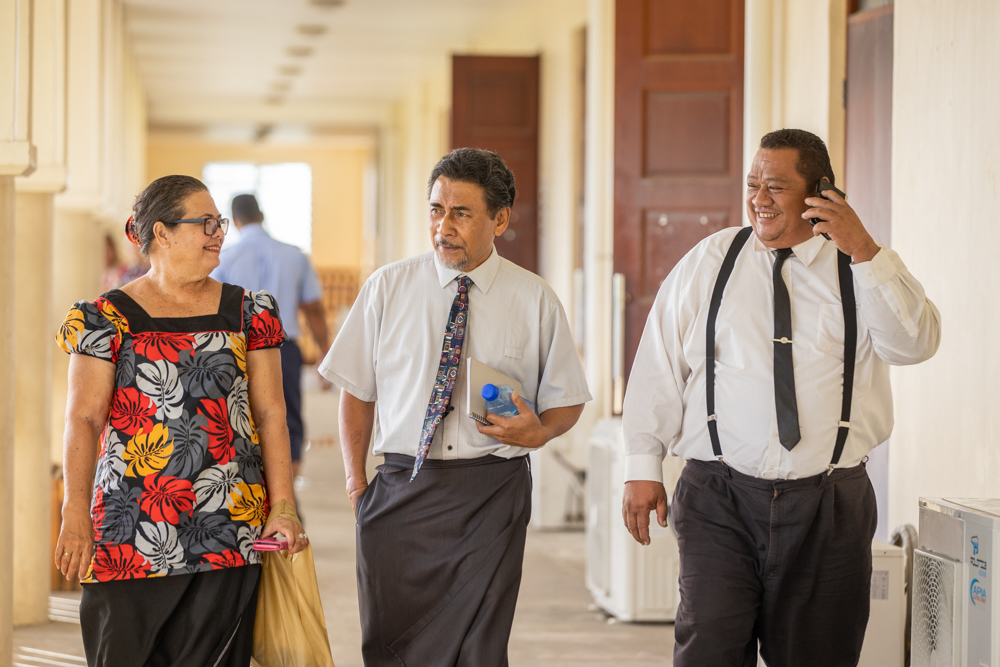 In addition, the lawyer cited a resolution document which reflects the records of M.C.I.L. that his son had in fact held 35 percent not 32.5 percent as Peseta claimed.

“Whoever did the alteration at M.C.I.L. made the changes to reflect that resolution,” said Mr. Raftery.

However, Peseta explained that during the proceedings in 2016 the evidence from M.C.I.L. is that the changes can be made by anyone who has the password of the company.

“They (M.C.I.L.) just give you the computer and whoever has the password can make those changes to the shares,” claims Peseta.

Mr. Raftery asked Peseta if the person that had the password was the company lawyer, Maiava Visekota Peteru.

Justice Vui then adjourned the matter until Saturday for the hearing to continue. 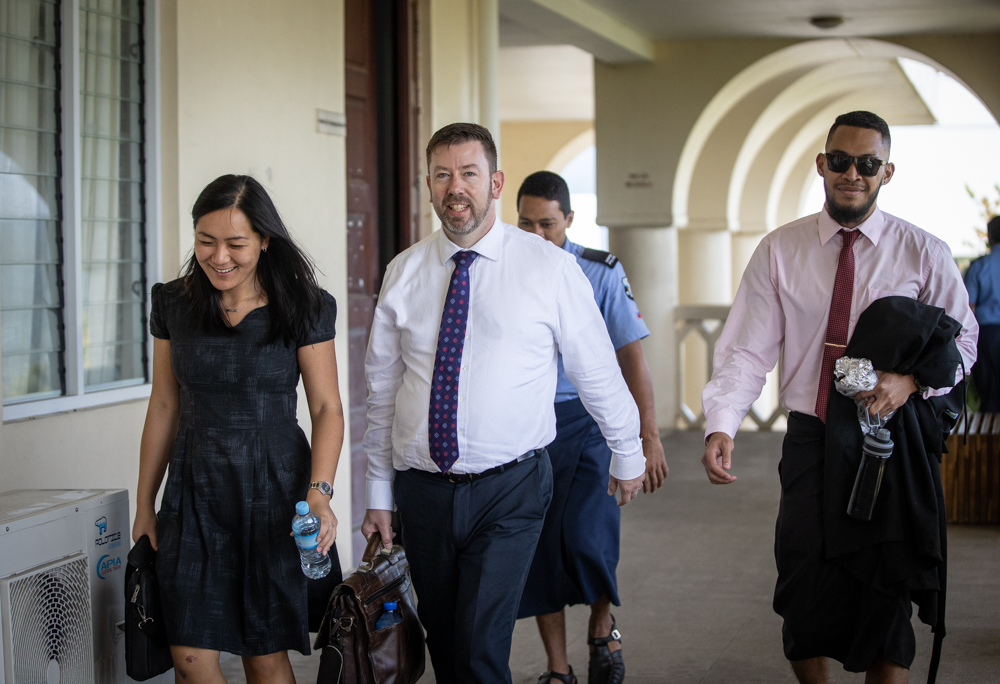