Siva Afi 2018’s champion, Vaelaa Iloa, is back in the finals of the 18th International Siva Afi Competition this year after an exciting round of preliminaries on Thursday evening. 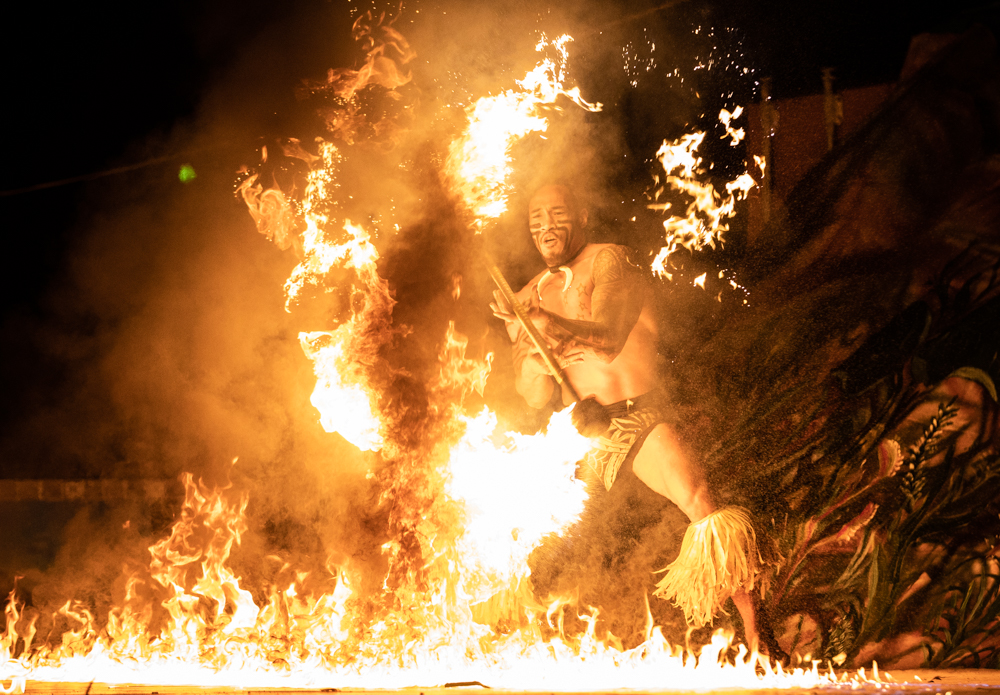 Tai Laban is a veteran on the Siva Afi competition stage. He travelled to Hawaii for the world competition this year, won last year’s Teuila Festival competition and won his first junior competition in 2015. 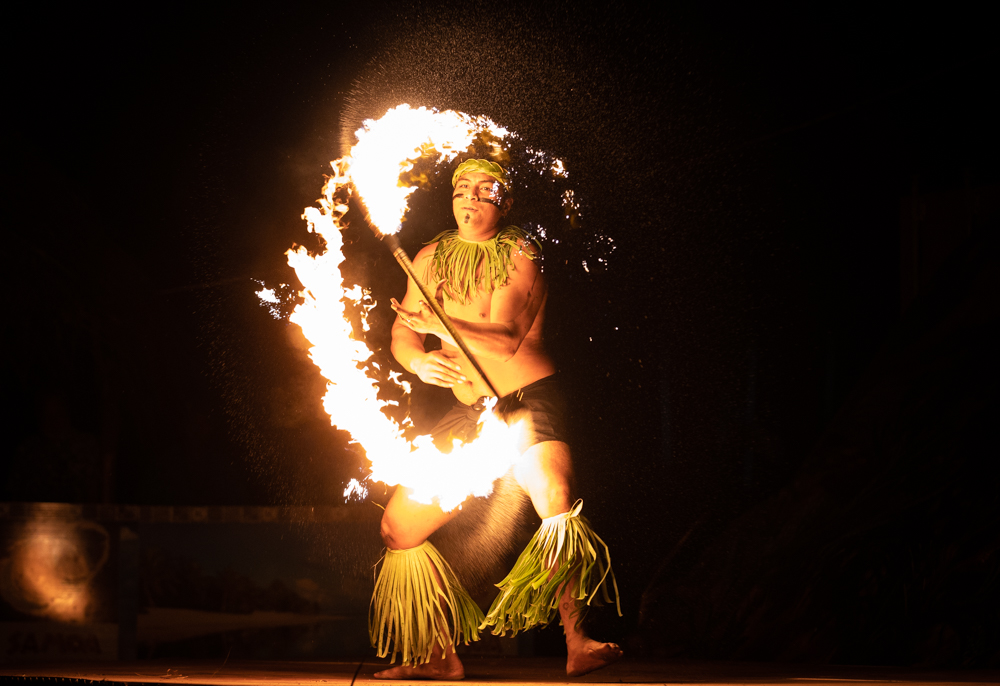 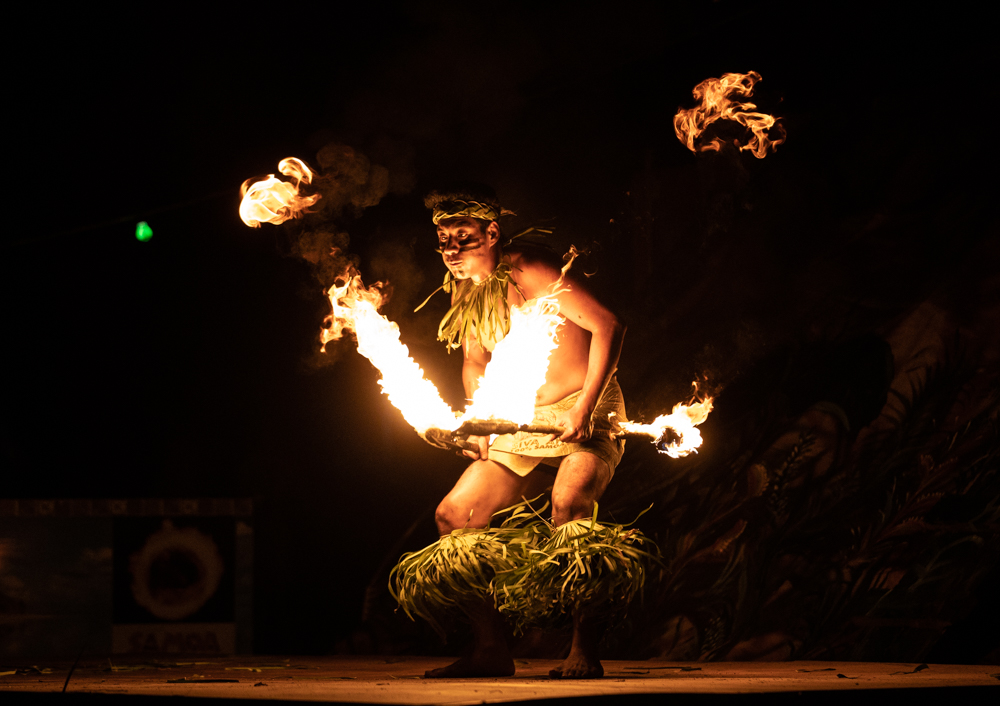 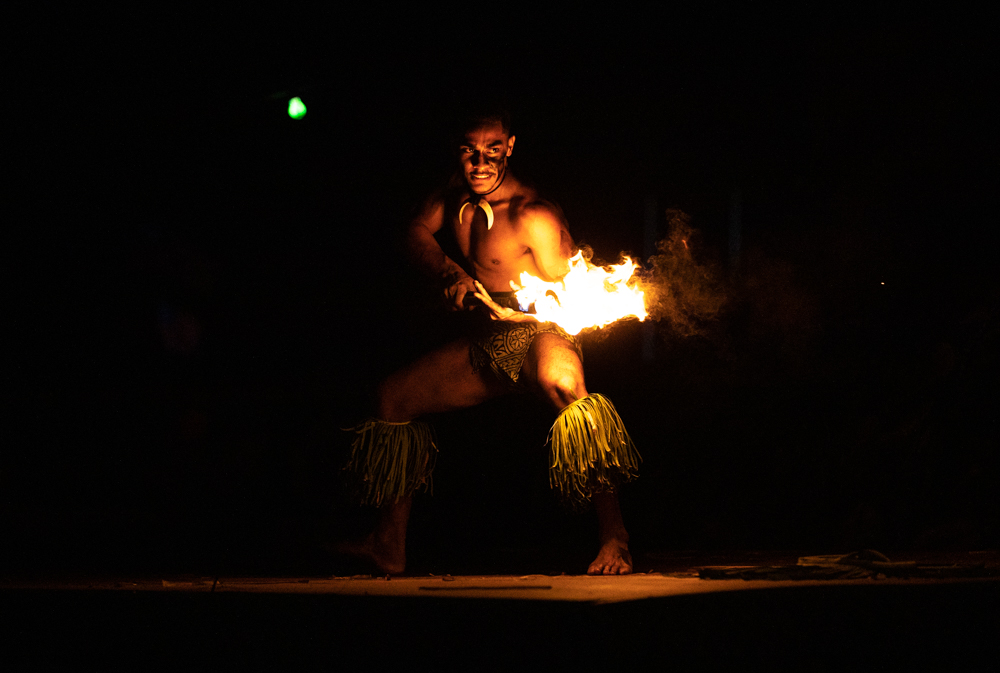 The preliminaries were well attended, especially by children with a large group up the front watching the stage with rapt attention.

There were audible gasps, and even some giggles when dancers unfortunately dropped their knives, especially when Walter Leota dropped his so hard it bounced off the stage.

Young Atonio Aiatia from Solosolo recovered from a tricky drop well, continuing his routine off the stage where he accidently flung his knife, to cheers from the audience.

Just once, a fire knife caught the string of coloured lights behind the stage as once dancer threw it back stage to be doused. 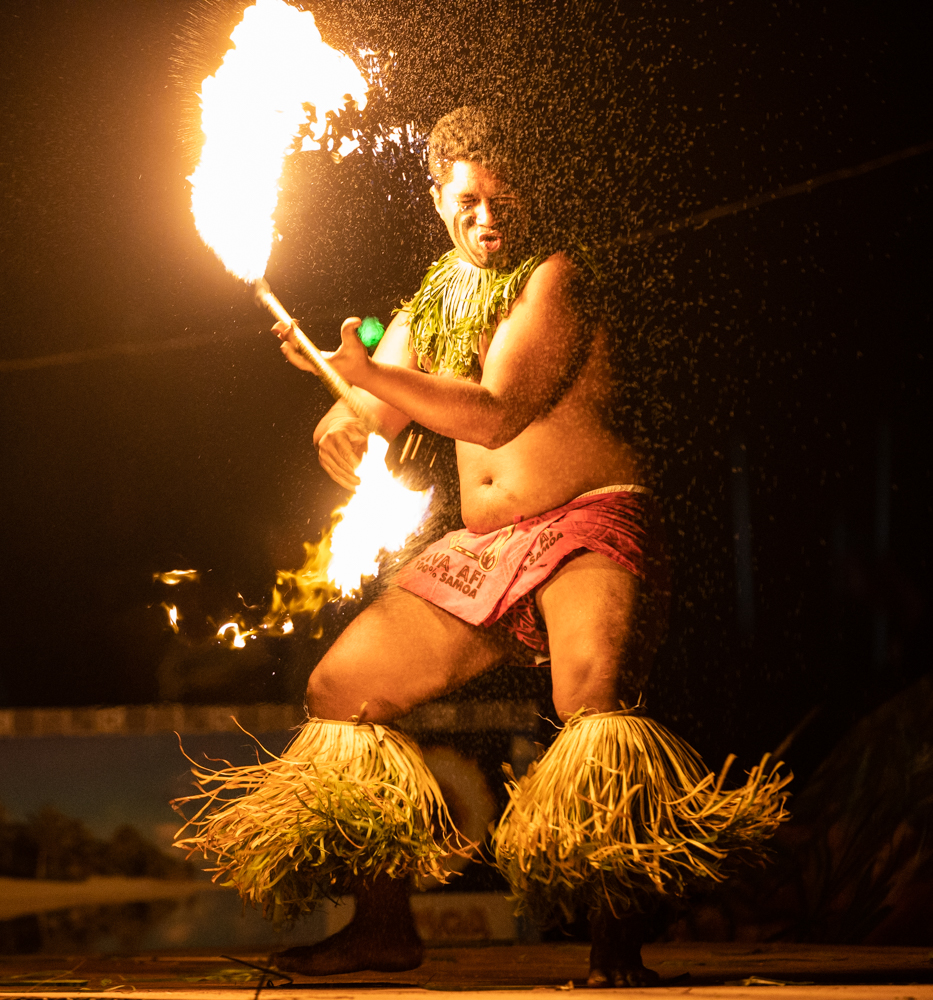 Each fire knife dancer performed once with one knife, and once with two.

The competitors were judged out of ten on the excitement in their entrance, on the variety, excitement, showmanship and difficulty of their actions, and on how dramatic their finish was. They were liable to losing five points for every time the dropped a knife. 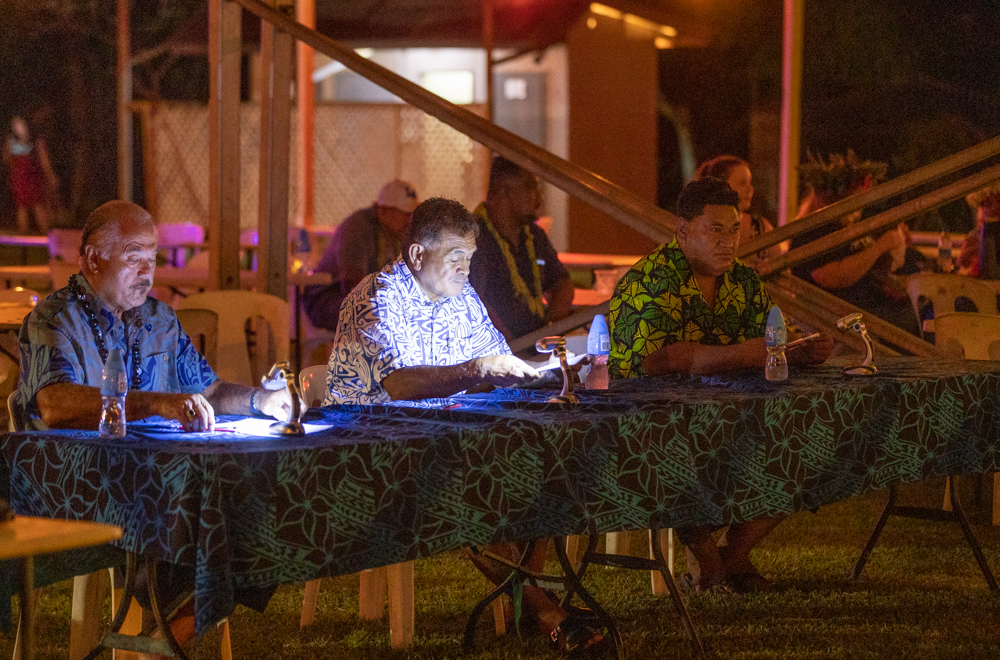 Faleaulatauaitu said they want to see fire knife dancers perform as warriors on stage. And while creative modern moves are allowed, they are encouraged to learn the traditional art first.

“Today we have a lot of baton twirlers, so it’s kind of evolving into the dance itself. But we try to keep it traditional as much as possible, and warrior like,” he said.

Baton twirling is not a warrior move but we will accept it as a creative move, because the dance is evolving so you can’t condemn a dancer for trying new moves.

“Like anything else, changes will come, that is how life is. We have got to move along with it and try and maintain the tradition as well, which is very important.”

The finals are on Saturday night from 7pm. Tickets cost $35 and corporate tables of eight are $1000. 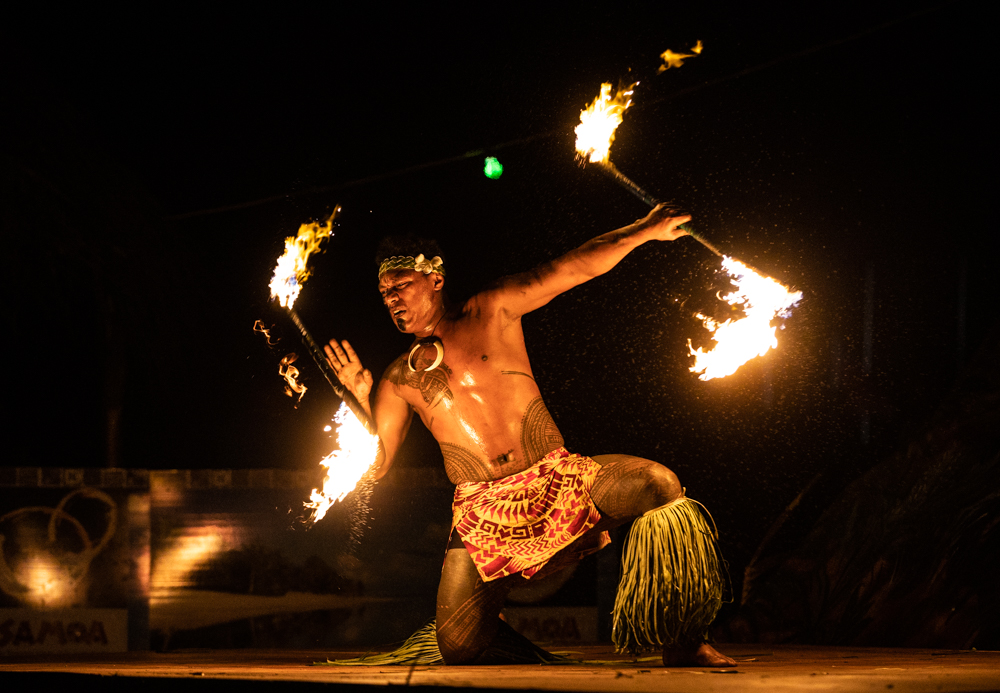 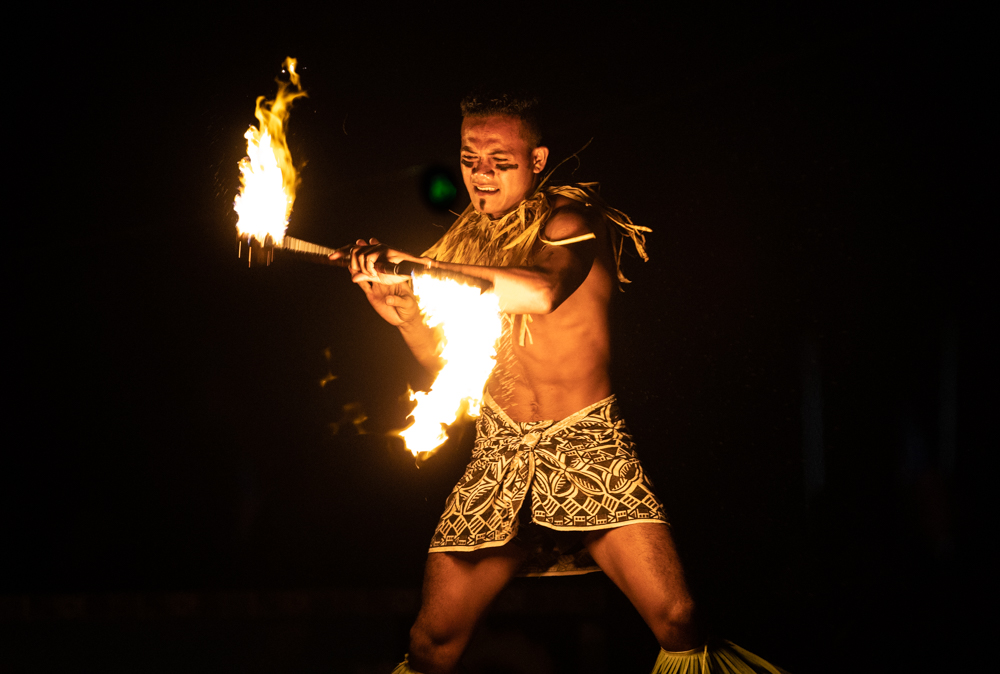 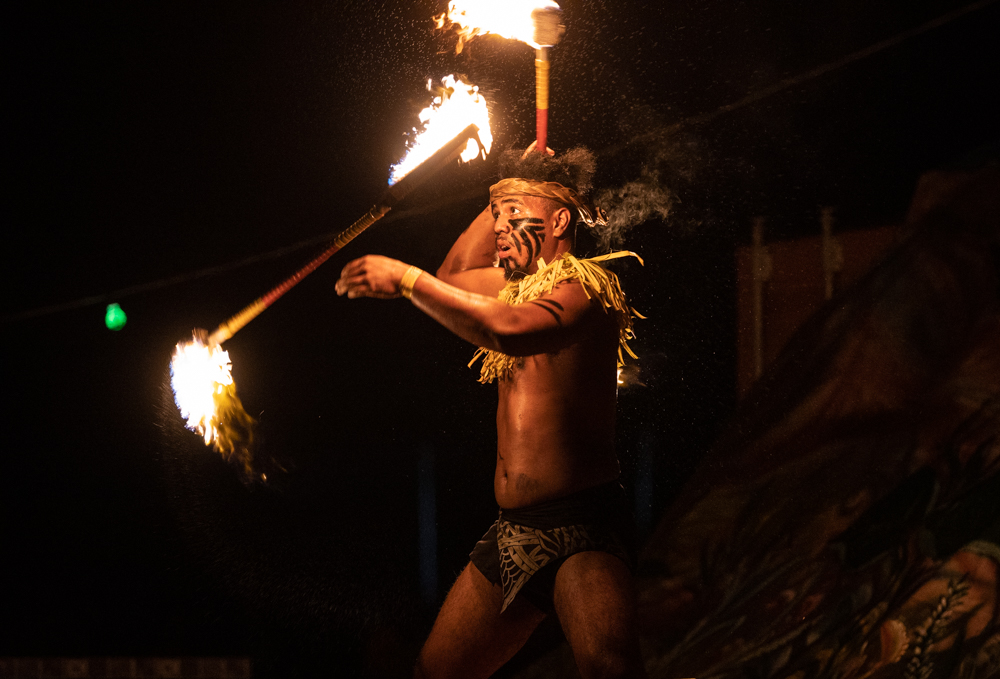